Hot Press had an exclusive listen to a new tribute song for Henry McCullough, conceived with Don Mescall before Henry's death in 2016. We also spoke with Don about how the song came about. 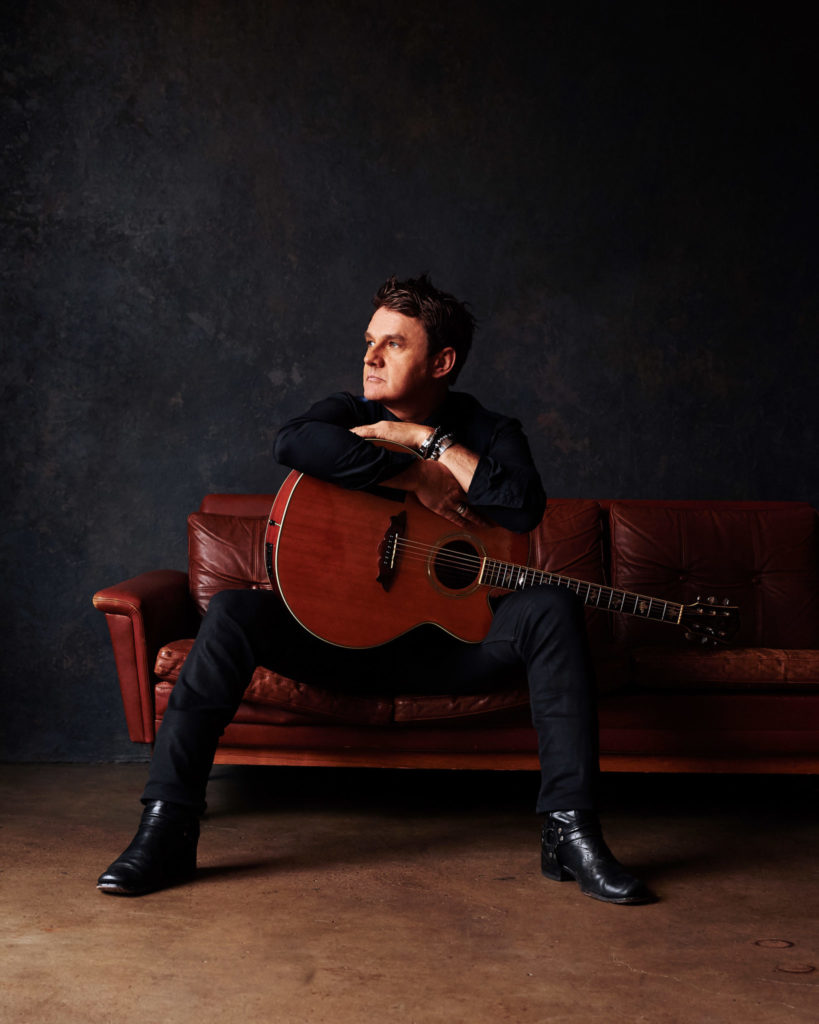 Hot Press sat down with Don Mescall, who was a close friend of Henry's and a long-standing Irish musician, to talk about the making of the song.

"I was introduced to Henry by a friend of ours called Kevin Nolan back in the late '90s," Don told us. "It was just one of those situations where we got on instantly. I think Henry had just become aware of my songwriting and we had an instant connection over Woodstock. Henry was the only Irish man to play Woodstock, and I'd just started working with the protest singer Richie Havens - who opened Woodstock. So that opened the door for us becoming friends.

"I think then in the late '90s, he came to London for some recording. I invited him over and he stayed with me and my ex-wife and we had a great night of music and stories. We just hit it off. He was one of these charismatic, gentle, funny people. Unbelievably talented - beyond comprehension really. If you listen to his solo in McCartney's 'My Love' - that's a God-given moment alone. You could go to Berkeley for 15 years of your life and you ain't gonna learn that.

"So over the years, when things started rolling a bit with my own my work, I used to gravitate towards Ballywonderland - which was Henry and Josie's place up in Ballymoney. So I'd be going around the country doing these little singer-songwriter gigs, and any time I was up that part of the country, I'd stay with them. We became close friends that way. We'd sit out his back kitchen with a couple of guitars drinking tea - with all these exotic birds about the place, which Henry's wife Josie used to keep - and that's when the wonderful moments for me where. Henry would be reminiscing about the old days. He'd tell stories. He'd play stuff; stuff that he'd written but maybe never shared. He'd talk about Woodstock, he'd talk about his time with Joe Cocker, Wings. 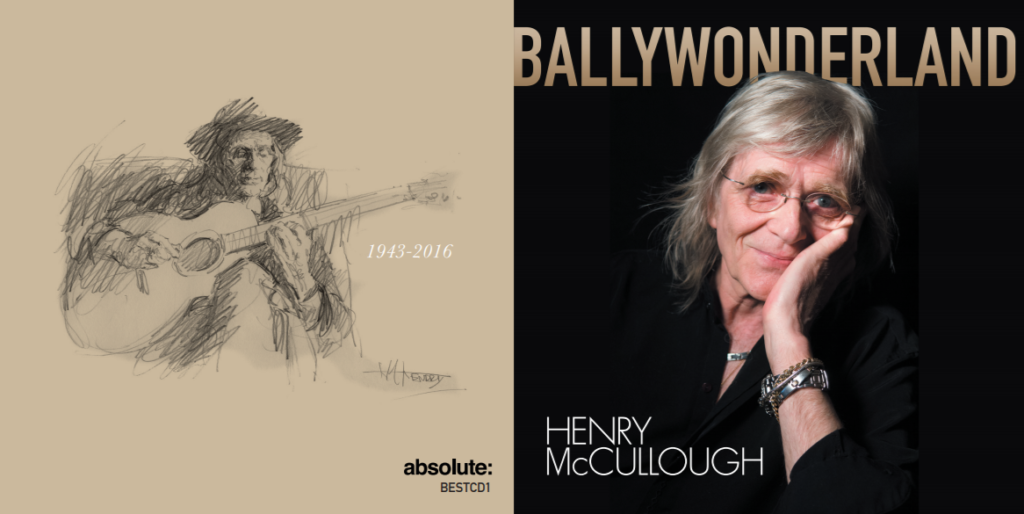 "It was during one of these sabbaticals that he talked about how it all started for him. I was amazed to find out that his first gig was with a showband. I think he was a rhythm guitarist at the start. So I was blown away because to go from that story to Woodstock...I looked across from him and thought, 'Jesus you've given your life to rock 'n' roll.'"

These early stories and Don's wonder at the life that Henry had lived were the inspiration for 'Live Long Rock 'n' Roll'.

"Another part of it related back to Henry's history with the showbands," he adds. "The showbands would've been playing the stuff that was coming in on the radio from America. American rock'n'roll. Chuck Berry. All that kind of thing. And there was a particular style of rhythm guitar playing, which sounds a bit like 'chic-a-dong-dee'. And when we went to write that song 'Live Long', Henry came up with this line which went, 'Late night playing 'chic-a-dong-dee/chic-a-chic-a-dong-day'. And I was laughing! That was a type of slang for the sounds that they all would've recognised from that era. But it was funny, because everyone who I invited to do the recording of this song - Paul McCartney, Albert Lee, Nick Mason - they all knew exactly what that was. I remember saying that I wanted to change that line, and Henry turned to me simply and said, 'Ah Donny - that's the hook!'"

After this, Henry took ill towards 2012 with a heart attack. Don would've kept in touch with him.

"Any time I was in Ireland I would go to see him. That was a very sad time. It left him almost locked inside a body that didn't work anymore."

Around 2013, Don met Pink Floyd drummer Nick Mason while he was producing a record for Decca Records. At lunch, their conversation turned to the early Pink Floyd days. Unbeknown to Don, Henry McCullough had his own association with Pink Floyd, lending the words "I don't know I was really drunk at the time" to the track 'Money' from Dark Side of the Moon.

"Nick also mentioned that Henry had played a with a band who'd toured with Pink Floyd during some of their earlier days, so the association went back that far. They were all very fond of Henry.

"So, Nick was in the studio and I told him that Henry had taken ill. I said, 'I've come up with an idea. I went back over a few songs that I'd written with Henry and I found one that I think is very special. I think this is the kind of song that I could invite people to record on. So he said, 'Look, send me the song.' So I did. I was in Britannia Row and I put down a very basic guitar track and bass drum and sang a guide vocal and sent it to Nick. He got back right away and said, 'That's a cool song, I want to play drums on it.'"

With Nick coming into the studio to play drums, this was the start of Don building the super group, which would later include everyone from Paul Carrack to the London Community Gospel Choir. Henry was still alive as this was going on.

"That's when the song started to develop, after Nick. Then I knew I needed to get guitar on it, so through a mutual friend of mine, I got in contact with Albert Lee. I'd known Albert. I'd met him once at Nashville while he was out playing with Emmylou Harris. I just sent the song to Albert, because I knew that he'd worked with Henry in many different outlets and I knew he was very fond of him. So I invited Albert into the studio. As it happened, Albert was gonna be on tour around the UK and he said he'd stop by. And what I loved about Albert is that he played the guitar part very much like Henry would've played it. If you listen to it - it's Henry licks. He's paying his respects to Henry."

From this, the ball was very much rolling. Albert recommended that Don reach out to Chris Stainton, who said he'd happily be part of the project.

"Then Henry's wife Josie introduced me to Dave Robinson, who would've been a friend of Henry's and a founder of Stiff Records. I went for dinner with him and a few drinks and I knew I was mad for trying to do this but I said, 'Dave, I have a favour, I really want to get Paul McCartney on this'. Everyone told me I was crazy and I'd never get him. But a week or two later, word got back to me from Macca that he loved the song and he really wanted to play on it.

"There are still sometimes when I'm on my own in the studio when I'll listen to Paul McCartney's bass on the track and think, 'If anyone brought magic to this track - it was Sir Paul McCartney.' I have to hand it to him. This wasn't a rushed job. He put heart and soul into the bass line on the track. It's absolutely incredible."

At this stage, it was still 2014, and for Don, the top person for singing the track was, of course, Joe Cocker.

"I'd been trying to get a direct line to Joe. I reached out to him and got word back that Joe really liked the song. But unfortunately, Joe passed away in the winter of 2014. It was such a shame, because he loved Henry dearly. Another legend in the music industry that passed."

Fiachra Trench (string composer), who was a long time collaborator of McCartney's and a friend of Don's wrote the wonderful string arrangement for the track, Don also reached out to Paul Carrick and Paul Brady for some backing vocals.

"I couldn't have found a better singer," Don says speaking about Gary, "and a nicer man. I mean again, he was very like the others. He had nothing to prove. No ego. He was of that ilk where they'd done it all, seen it all, been through it all - and all they wanted now was to make good music. And above that, they all loved Henry McCullough wanted to pay their final respects to him."

'Live Long Rock 'n' Roll' will be released on 16th August along with the 15 track album of Henry's solo tracks 'Ballywonderland' on the Proper Record Label.