A Weekend In Belfast: With Cathedral Quarter Arts Festival
By: Peter McGoran

Hot Press spent a weekend in Belfast reporting on the success of the 2019 Cathedral Quarter Arts Festival.

Belfast spends the May Day weekend welcoming the summer in style. The long-awaited 20th Anniversary Cathedral Quarter Arts Festival has kicked into full swing. Elsewhere, an annual street festival – The Festival of Fools – is taking place round the corner (complete with outdoor aerobatics and circuses). Newly minted Game of Thrones stain glass mural paintings dot the main thoroughfares. A smattering of new street art – including a mural to murdered journalist Lyra McKee – lines the smaller avenues around the Cathedral Quarter. And to top it all off, politicians, politicos and journalists are bustling in and out of the City Hall as Belfast elects probably its most progressive Council in the city’s history. Serendipity’s in the air.

Hot Press is up for to see some of the Cathedral Quarter Arts Festival gigs this weekend. We make our way to Bullitt Hotel for evening dinner where their highly recommended Gnocchi Parisienne (that’s mustard and tarragon gnocchi with mushroom, fennel, hazelnuts and toasted buckwheat) starts us off on a full stomach. Since opening just over two years ago, Bullitt has instantaneously gained a reputation for itself, both in the city and throughout Ireland and beyond. It’s popular, stylish courtyard bar and terrace cocktail bar have meant that it’s a busy watering hole for young professionals throughout the evenings and weekends, while its commitment to putting on music gigs, conferences and book launches meant that it has also become a popular place for culture vultures.

After dinner, we make our way to Friday evening’s main event, Echo & the Bunnymen at the Festival Marquee in Custom House Square. Along the way, there’s stop-offs to try to catch Lisa O’Neill at Black Box and Lowkey at the Oh Yeah Centre. Unfortunately, time constraints mean we don’t see either. If there’s only one criticism of Cathedral Quarter Arts Festival producing their finest line-up ever, it’s that there’s almost too much choice, too much clashing.

Not to worry. On to Echo & the Bunnymen, who chuck everything at the wall for this gig. You forget at times that the band have hits for days and that Ian McCulloch is one of the coolest personas in rock music. Then you see them perform something like ‘Rescue’ and it all comes back. They stick to the big, rousing hits for the most part – ‘The Killing Moon’, ‘The Cutter’, ‘Bring On The Dancing Horses’ – but they also throw interesting spins on some of their other songs. ‘Villier’s Terrace’ is interpolated with ‘Roadhouse Blues’ and ‘The Jean Genie’, while ‘Nothing Lasts Forever’ bleeds into ‘Walk On The Wild Side’, then ‘Don’t Let Me Down’. It works superbly well. The encore sees ‘Lips Like Sugar’ shining in all its beauty, then ‘Do It Clean’, which seems to rumble endlessly under the swell of that signature guitar riff, morphing into ‘When I Fall In Love’ and ‘Sex Machine’ as it draws to a close. 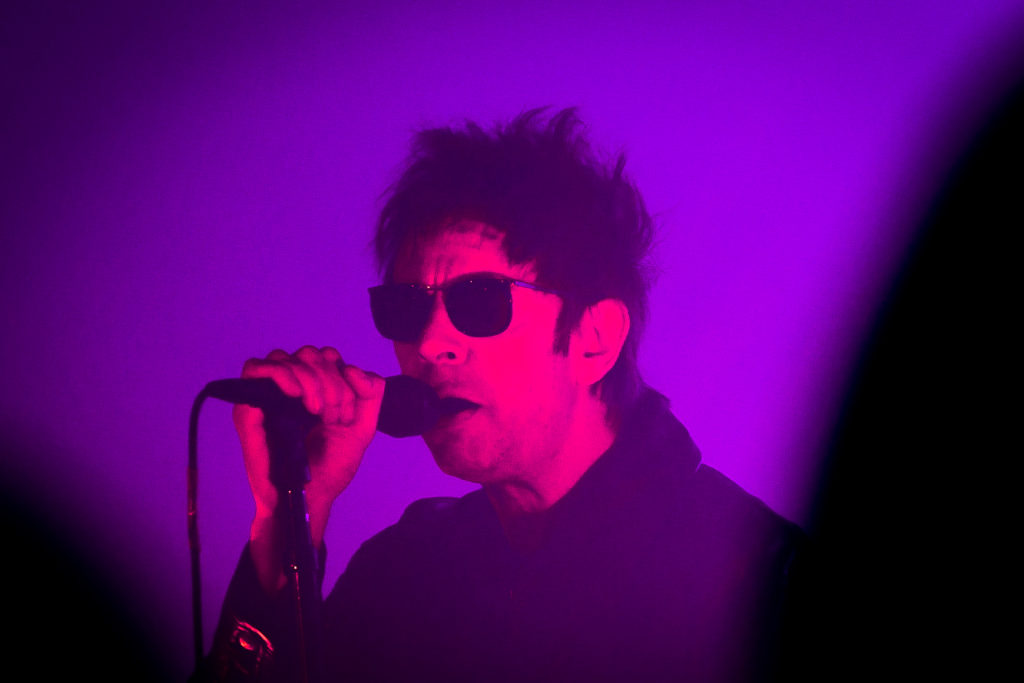 Following this, we make our way to the newly renovated Ulster Sports Club to wind down. Founded back in 1926, this members club was ecumenical in bringing together sports lovers together throughout the city. Several decades later, the USC hopes to live again under the ownership of Beannchor (who also own Belfast’s Merchant Hotel and a sizeable chunk of top bars in the city). The Sports Club retains its vintage interior design – complete with photographs of past members and trophies still lining the walls – while providing a new spot for emerging music in the city. We catch the midnight gig from indie-rock project A Bad Cavalier in the upstairs bar, which happens to be the first music gig put on by local group Night Shifts. Nice way to finish the night.

The Festival shows little sign of slowly down as it enters its third day on Saturday, May 4. Hot Press is up early to enjoy the Bullitt Breakfast (which thankfully goes on to 11.30am – small blessings).

Gigwise, we head to the Black Box for an afternoon show from Mary Coughlan. As one of the most formidable artists that Ireland has ever produced, Mary’s presence is as charismatic as her music. She’s freewheeling when on the stage. She’s quick-witted with jokes about borders, Brexit and ex-husbands, but when she begins to sing, she transports us to another world. Coupled with her incredibly tight, assured backing band, Mary’s sound bursts through the confines of the Black Box. She’s singing with so much soul you think there were thousands of people in the audience hearing it. The undisputed highlight of the gig is her haunting, howling rendition of Joy Division’s ‘Love Will Tear Us Apart’.

We leave just before the finish and make a quick stop over to Sean O’Hagan, who’s performing in the First Presbyterian Church on Rosemary Street. Belfast seems to be coming round to the benefit of hosting music gigs in hallowed setting (God knows the city’s got enough churches), and Sean’s undoubtedly the perfect man for this particular occasion. His gig is stripped back to the bone, featuring the singer alone on stage with just his guitar and his modest stage presence. The light filters in through glass windows, the audience are reverential in their pews. Everything about the setting adds to the magic of the music. 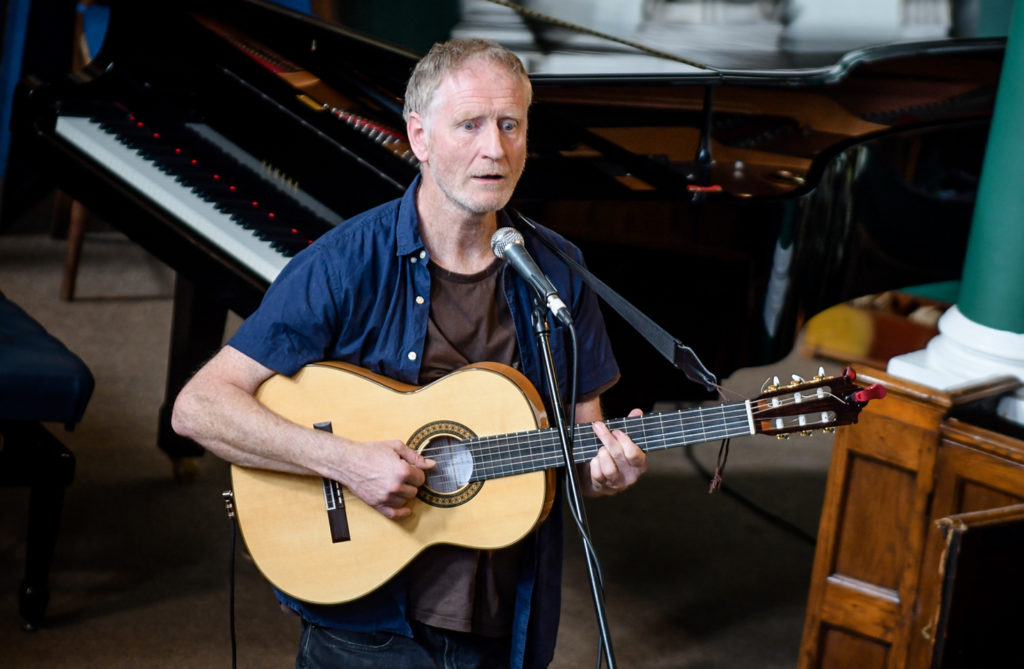 Fastforward to the evening’s main event then. Taking over from Echo and the Bunnymen in the Festival Marquee tonight is English space rock legends Spiritualized. With their set clocking in at over two and half hours, Jason Pierce leaves absolutely nothing on the table for this. He’s in rude form. He barely says a word, sits strategically by the side of stage (making sure the rest of the band have their rightful place) – but when he starts to sing you’re hanging off his every inflection. Spiritualized have the kind of refrains that can give their songs a trance-like feel when performed live. ‘Here It Comes (The Road) Let’s Go’ is a prime example of this. It comes right in the middle of the set and lingers well after it’s finished. ‘The Prize’ is another one that gets worked over with a trance-like quality during the live show. It, along with ‘Sail on Through’, sees out the gig proper. 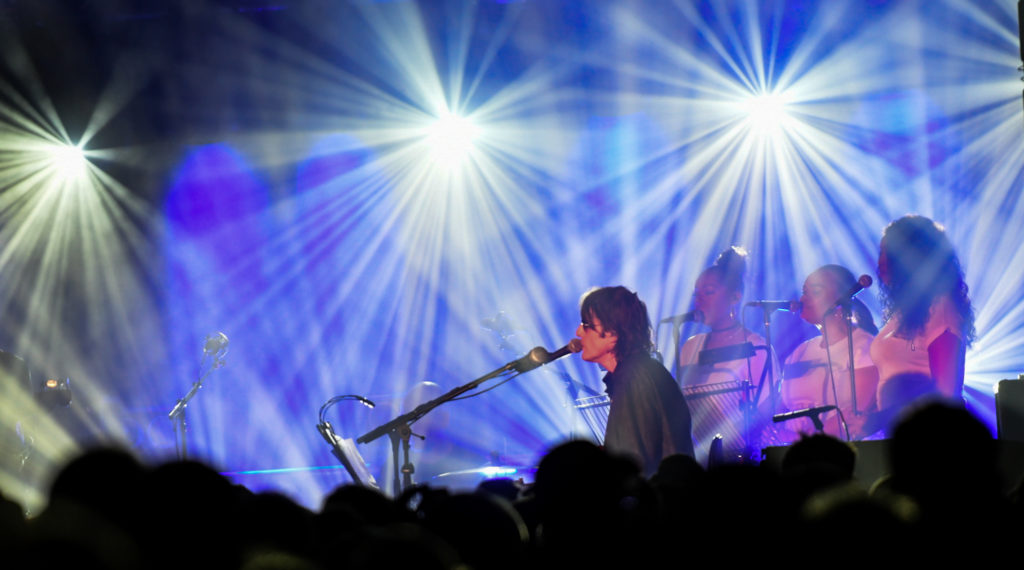 We wait for the encore to come. Some people are filtering out thinking it’s never going to happen. When Spiritualized do eventually come back – Jason Pierce looks like he’s never going to leave. ‘So Long You Pretty Thing’ leads to ‘Out Of Sight’. Then Jason and his backing singers pick the right moment to deliver ‘Oh Happy Days’ to their pious audience, who take on the role of choir and sing it right back to him. Final song of the night, ‘Hold On’, is a much needed catharsis after the urgent, dazzling spectacle of the set.

We’ve one more stop off before we wrap up our CQAF reporting. Back to the Black Box to see Northern Irish born artist Hannah Peel perform a collaborative show with English poet Will Burns. Each of the two previous times that I’ve seen Hannah Peel have been unique performances. During a support slot for John Grant in Bangor, she’s performed on-stage, alone, with just herself, her instruments, and her unique, self-made ‘music boxes’. The last I saw her perform, she took to the stage at the Ulster Hall with an extensive brass orchestra for her previous album ">Mary Casio: Journey to Cassiopeia. This in itself should give you an overview of the sheer versatility of her as an artist.

She tells us from the offset of the show that, upon hearing a poem by Will Burns, she was inspired to get in contact with him and suggest a collaboration, which eventually resulted in their joint album, Chalk Hill Blue.

The performance itself is an engrossing affair. Burns’ poems deal with disunity in relationships, decay in nature, failures in understanding. Peel’s atmospheric synths, meanwhile, create worlds for Burns’ narratives to live in. They’re the eerie pulsing of a too-drunk afternoon (‘May 9th’); or the field recording-like sounds of a spring dawn (‘Spring Dawn On Mad Mile’). There’s other elements at work here too; Peel’s sounds, when juxtaposed with the silences between the poems, seem to dramatise those emotions which swell up when arguments are left unfinished, guilt wracked with, regrets and mistakes mulled over. The fact that Burns sits quietly on a stool for most of the performance, while Peel is always busy with some piece of tech in the background, adds a theatrical component too. He’s plays the role of the contemplator – she’s everything that’s going on inside his head. Magnificent and unique. 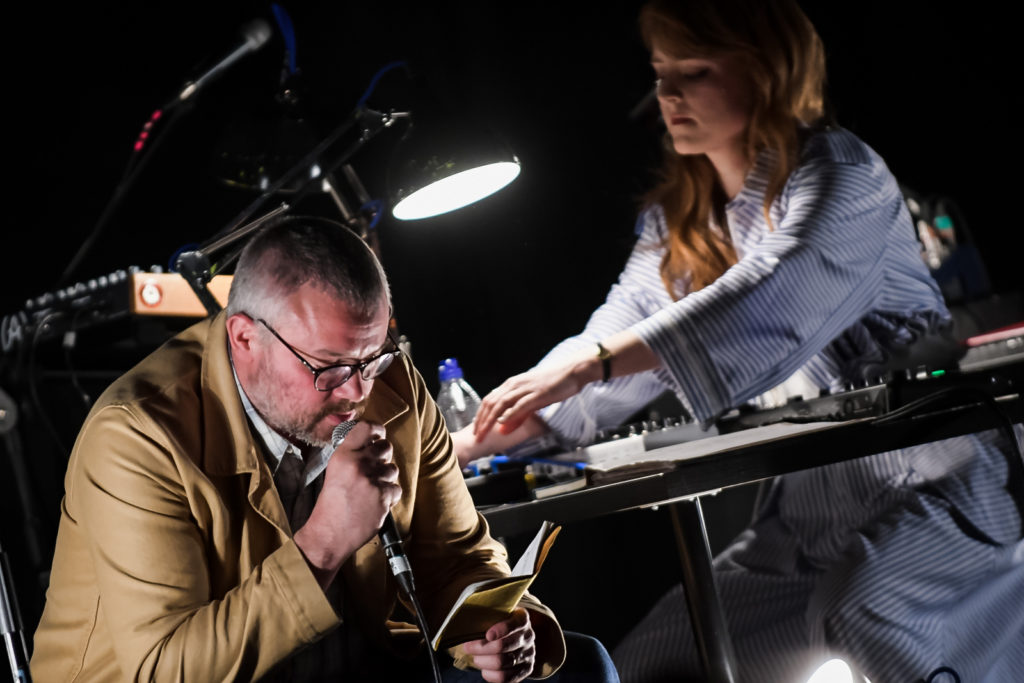 Peel and Burns’ performance serves as the last stop on our CQAF journey. We wrap up for the weekend, but as we do, the festival – which goes on until May 12, is still in full swing. Rufus Wainwright plays a sold out solo show in St. Anne’s Cathedral the following evening. Limerick indie-rock hopefuls Whenyoung play at McHugh’s Bar (with any decency they’ll be playing in much bigger venues in the future). Anna Calvi takes to the festival marquee on the Tuesday, and dozens of other events continue to take place.

CQAF delivers for its 20th Anniversary. For more details on the festival, go to: https://cqaf.com/

Sinéad O'Connor announces major gigs in Cork, Belfast and Dublin
10cc announce three Irish shows
Wallis Bird set for country-spanning tour
“I’m just confused and depressed by all of this" – Gary Lightbody shares his thoughts on Brexit and how it will impact the music industry
Steve Strange to receive ‘Outstanding Contribution to Music’ award in Belfast
Steel Panther announce additional Vicar St show for February 2020
We use cookies to ensure you get the best experience on our web site - by using this web site you consent to our use of cookies. Read more »