Leopardstown saw girl group All Saints bringing back the 90s.

As expected, the night was all about throwbacks and nostalgia. After all, the people were there to relive their teenage years, as the UK's second most iconic girl group from the 90s was set to light up the stage. In that sense, the concert was definitely a success.

All Saints shot to stardom with their self-titled debut album in 1997. Thus, the four members Melanie Blatt, Shaznay Lewis, Nicole Appleton and Natalie Appleton are all in their mid-40s now. They still hold on to the traditional girl group image, however, wearing co-ordinated outfits and following a straightforward choreography like they did in the 90s and early 2000s.

Dressed in black and white, All Saints take the stage with their song 'I Know Where It's At'. The crowd starts to warm up slowly, probably waiting for the real hits – which they got eventually. In the meantime, they witness genuinely good vocals and harmonies as well as easy dance moves that even the audience try their hands at. 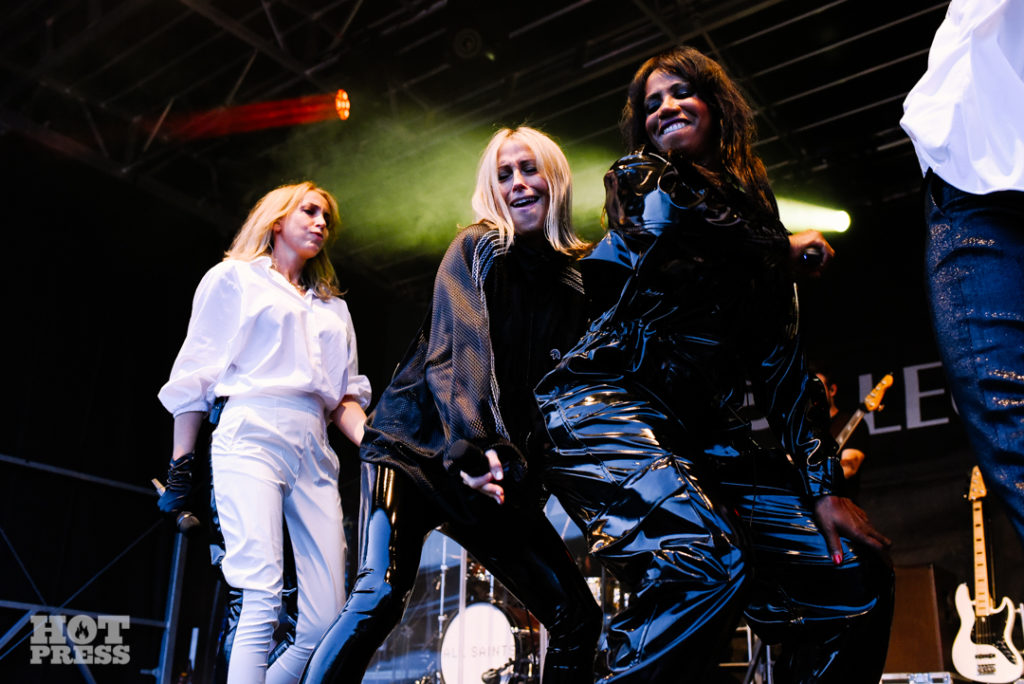 They didn't have to wait long for the hits though. By the fourth song, 'Rock Steady', most of the audience joined in on the hip-shaking and hand-waving. After that, All Saints pulled out bop after bop, from 'Black Coffee' to 'Pure Shores'. When they didn't play their own hits, they borrowed from other musicians, not quite convincingly covering Red Hot Chili Peppers's 'Under The Bridge' and Police's 'Message In A Bottle'. Still, it was enough to make the audience sing along.

Naturally, the girl group saved their biggest jam for last. I have to admit, All Saints rendition of 'Never Ever' was actually really touching. But maybe I'm just a sucker for singalongs.

Although I wasn't really convinced by All Saints's performance and their typical 'You are our favourite crowd of all time' attitude (They actually said that. Twice.), it was apparent throughout the concert that these four grown-up women still had fun doing the whole girl group routine. Most importantly, the audience thoroughly enjoyed the show and that's what really counts in the end, right?

PAULI Releases Debut EP, Isolation Station
Tribute concert for David Berman to benefit depression support
ELECTRIC PICNIC: Charli XCX gets the party going at the Electric Arena
Listen: Lana Del Rey Releases Cover Of Sublime’s ‘90s Hit ‘Doin’ Time’
RIDE to release new album on August 16
Westlife's New Album 'Spectrum' Will Drop 6 September
We use cookies to ensure you get the best experience on our web site - by using this web site you consent to our use of cookies. Read more »