The American singer-songwriter will now appear at the National Concert Hall on 27 and 28 July.

Josh Ritter has added a second show at National Concert Hall for 28 July, as his initial performance set for 27 July is now sold out.

The American singer, songwriter and performer’s highly anticipated new album Fever Breaks is out now. The record marks Ritter’s tenth studio album in addition to a plethora of singles and live albums, including 2007’s In The Dark – Live at Vicar St., recorded at the eponymous Dublin venue. Ritter’s 2017 album Gathering debuted at No. 4 on Billboard’s Americana/Folk Albums chart and was met with critical praise.

Beyond his musical endeavours, Ritter made his debut as a published author in 2011 with his New York Times best-selling novel Bright’s Passage (Dial Press/Random House), which tells the story of a First World War veteran and his young child.

Tickets for Ritter’s added National Concert Hall show will be on sale from €38.00 this Friday 10 May at 10 am. 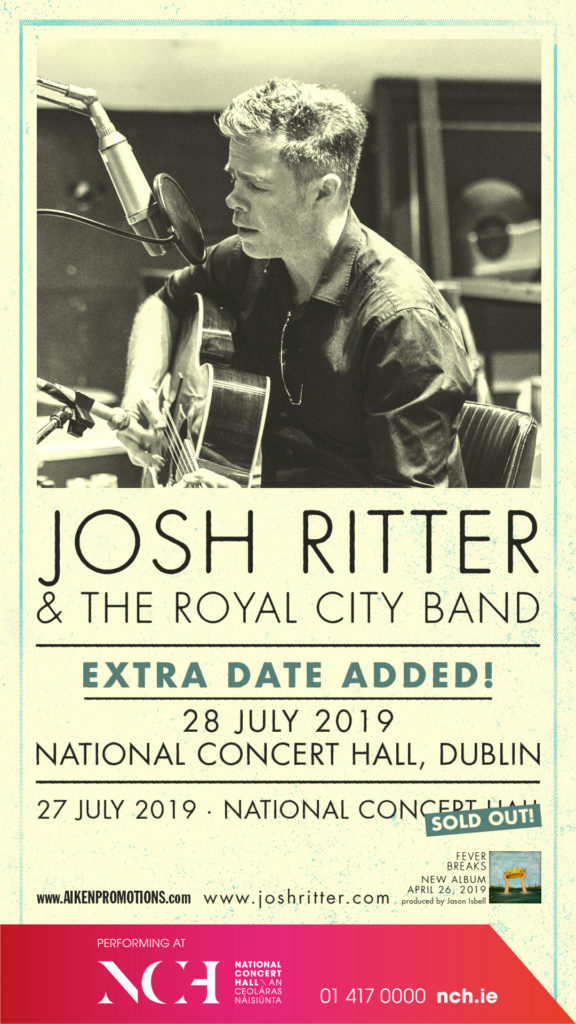