On the eve of Snow Patrol’s latest record Reworked, we meet frontman Gary Lightbody to discuss his recent team-up with Bono, NI’s new breed of bands, the ever present spectre of Brexit and more.

When Snow Patrol quietly drifted into their self-imposed Odinsleep at the start of the decade, some wondered if they would return; and, if they did, would they be able to take back the stadiums and festivals of the globe? Last year’s Wildness finally ended their hiatus, and proved another commercial hit, maintaining the group’s place in the rock vanguard.

Aiming to make up for lost time, and also perhaps to strike while the iron is hot, the (mostly) Bangor-bred bunch serve up another new record in the form of Reworked. It features 13 reimagined cuts from their back catalogue, plus three new tunes to tide fans over until Wildness’ sequel (more on that later…)

When Hot Press catches up with singer/guitarist Gary Lightbody in LA he tells us that, like most worthwhile art, the seeds of the LP grew from a refusal to do what was expected.

“It’s been 25 years since we started,” he reflects. “So maybe the obvious thing would’ve been to release a Best Of, but we didn’t want to do that. We already released a Best Of 10 years ago, so we wanted to give people something they hadn’t heard before. That was preferable to trotting out another one, and fucking rinsing people for the thing they’ve already got, you know? 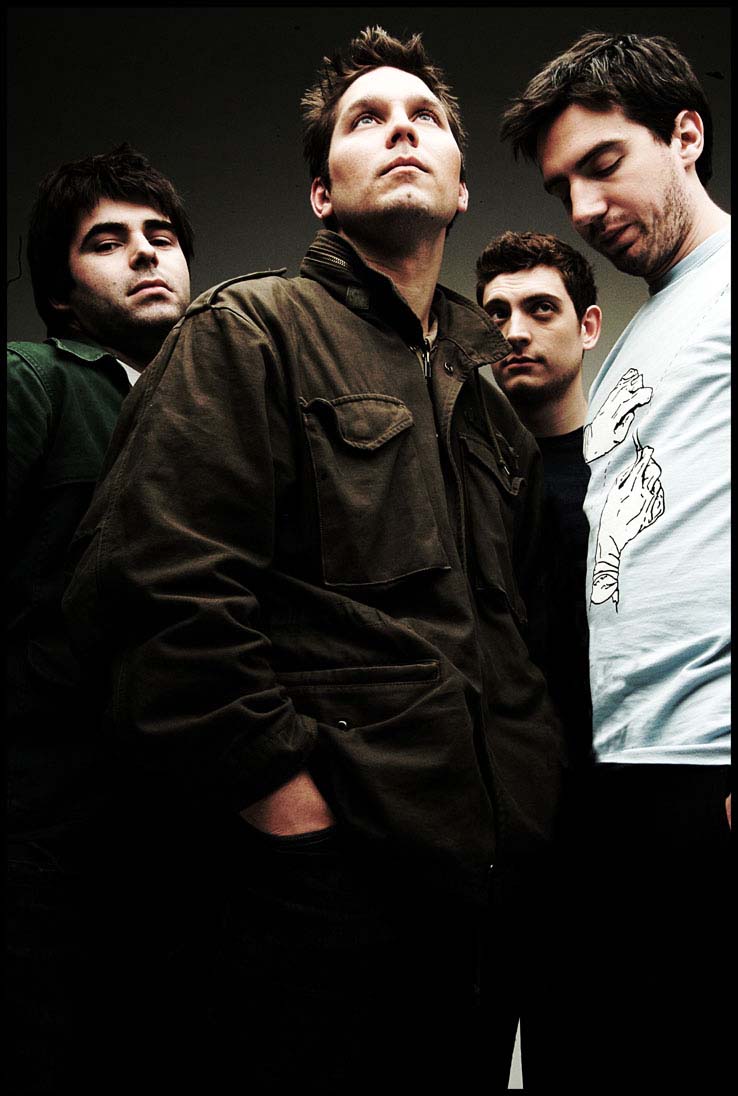 “We’ve been playing acoustically a lot on side-tours these days, so I thought we could do an acoustic record. I talked to Johnny about it and he was like, ‘Nah, let’s do something more ambitious than that!’ I didn’t think we’d have the time, but he made time on tour and worked his butt off. We recorded the album across a hundred different cities, just setting up in hotel rooms and dressing rooms. Johnny worked until goodness-knows-when-o’clock in the morning. This is the first record we’ve ever made on the road.”

In addition to their impending sold-out tour of cosier Irish venues later this month, Snow Patrol also appear at Belfast’s Ulster Hall on November 7, to receive their thoroughly deserved Oh Yeah Legend Award at the annual NI Music Prize bash. How does Gary feel about being an official legend, then?

“I think we all feel old,” he laughs. “It is an amazing honour. Therapy?, Ash and the legend that is Terri Hooley have received it in the past and we’re proud to be part of that list. I actually gave Terri his award at the first event many years ago. I’ve been to the Northern Ireland Music Awards a few times and it’s a brilliant night.

“The NI music scene is infinitely healthier now than when I was starting out. When we were playing gigs at 18, 19, 20, there were great bands, but it didn’t feel like a deeply connected music scene, whereas now it does. There’s so many great young bands, there’s people playing on each other’s records, getting gigs sorted together – you feel like it’s a real scene, and more akin to what happens in Dublin. In my early days, I’d go down to Dublin and see what was happening and you’d be almost kinda jealous. Everybody knew each other, everybody was hanging out and enjoying themselves, and that’s how it feels now in Belfast, which is amazing.”

And for those of you who enjoy the odd flutter, Gary gives us his tip for who might win this year’s Best Album award.

“Saint Sister’s album is is my favourite record on there. Two Door Cinema Club’s is great too. They’re also Bangor lads and have recorded with our long-time producer Jacknife Lee. He’s actually their long time producer – they’ve done three albums with him. There are so many incredible records and they just keep coming out. Like Kitt Philippa just released an album last week, which is stunning and it’s not even in contention until next year’s awards. It feels like there’s a continuum that’s developed. Before, albums came out in dribs and drabs, now there’s a constant flow of awesomeness.”

Speaking of a constant flow of awesomeness, earlier this summer Snow Patrol silenced the naysayers when they sold-out their homecoming show at Ward Park in Bangor. As the actress said to the bishop, how was it for him?

“It was amazing. MCD looked after it for the first two and we went into co-production with them on this one. It wouldn’t be something we’d rush straight back into (laughs). I now understand what it takes to put a gig on, from building the stage to the lighting to the toilets to the bars… I know we got the bars wrong, because it was the only thing people were complaining about! There’s never enough bars at an Irish festival, let’s put it that way. There’ll never be enough.

“It was an incredibly immersive experience. We were on tour all over the world and we were getting calls about various things that needed sorting. But it was something we had a lot riding on, and we had a lot of belief in it, so it was worth it. Some people thought we were mental to try it again nine years after the last one, but we trusted it was going to work and we were proved right.

“It was the first time an all Northern Irish bill was attempted on that scale, and so many of them played out of their frickin’ skin. Like The Wood Burning Savages were playing on the second stage and they were unreal. Every gig they do, it’s as if they’re playing Wembley to 80,000 people: that is the sorta belief you need if you’re a rock band. They’ve extraordinary confidence and stagecraft for such a young group.”

And of course, Bangor also received a visitation from Bono, with the U2 frontman joining the band on a version of ‘One’. The whole experience left Gary feeling like he was back in school.

“It’s funny, we were talking about having a special guest,” he notes. “Obviously the first person I thought of was Bono, but I didn’t want to say it out loud because the idea was too mental! I thought, he’s not gonna be free, but then Jonny Quinn said it and I was like, ‘Okay, I’ll text him…’. I sent him a wee text and fair play to him, immediately he said, ‘Look, I’m busy that day, but I’m going to see what I can do to move things around’.

“He was up for it right from the get-go. He was only able to get there at 10 o’clock, so we were already onstage by the time he hit Bangor. We didn’t officially know it was happening until he walked out onstage! It was a flying by the seat of your pants situation if ever there was one. Obviously he doesn’t have to rehearse ‘One’, but we’d never played it together before. So I texted him beforehand and said, as soon as you go out you’re in charge – take over. There’s no point trying to stand beside the greatest frontman in rock ‘n’ roll history, so I let him do his thing. I stood in the background and sang along a little bit every now and again. I think you can tell from my face in the photos that I felt like an 11-year-old kid thinking what the fuck is happening? This has broken my mind.” 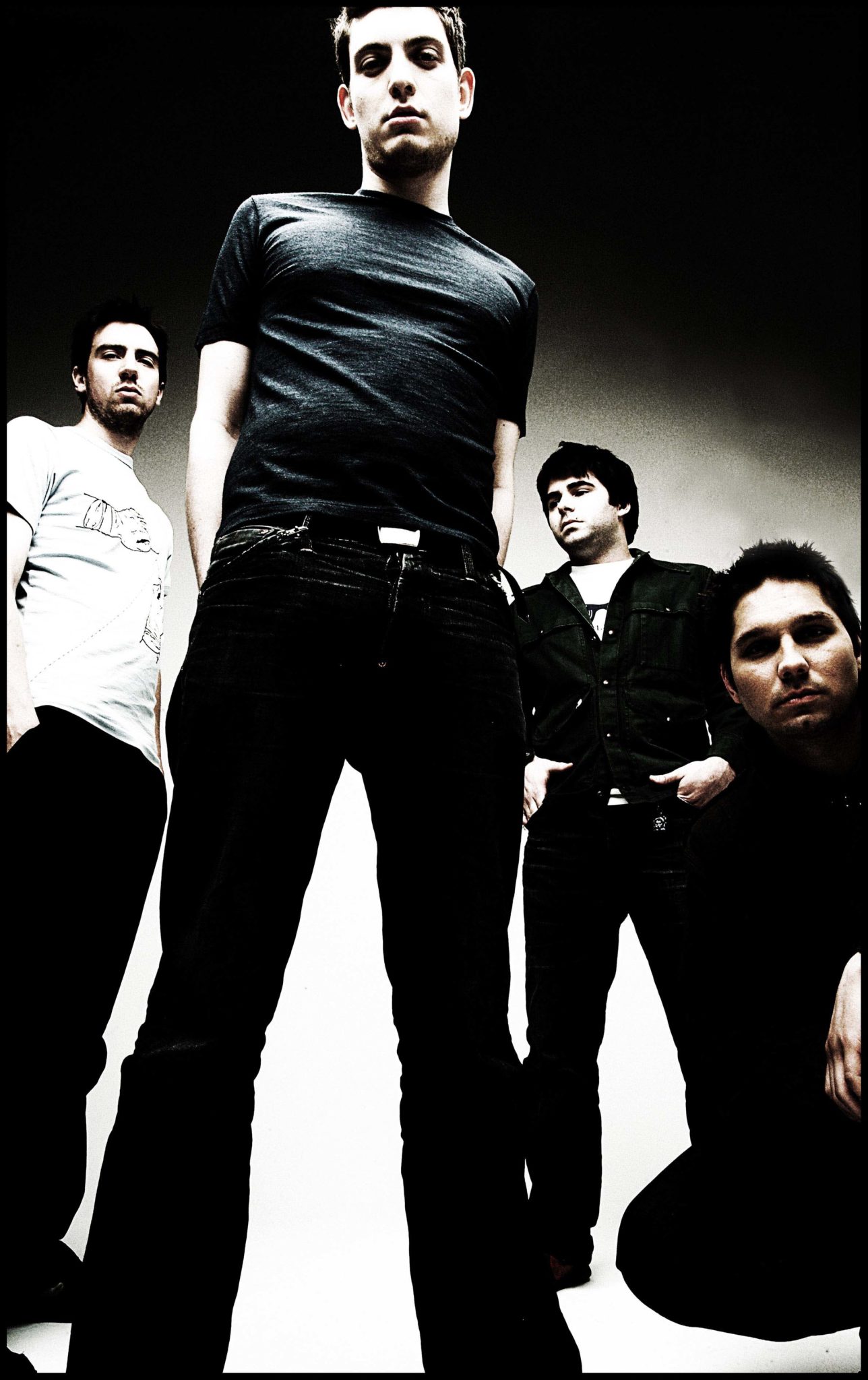 On the subject of things being broken, at the time of writing, the unfortunate spectre of Brexit is still haunting many across the whole island. Not only does Gary (like the rest of us) worry about what the future might bring, he’s also concerned for the careers of the new breed of bands too.

“I’m just confused and depressed by all of this,” he admits. “It’s hard to fathom. Northern Ireland seemed like an afterthought through a lot of this Brexit process. Certainly before the vote was taken, it was barely mentioned, and now it’s taken the last few years for people to realise, ‘Oh, what are we going to do about that Irish border situation?’ Obviously, I would rather Brexit hadn’t happened at all, as would a lot of people. I really hope it doesn’t do the damage that people say it might. I really don’t know what’s going to happen at this point.

“It’s going to have a huge impact on future generations, especially for bands travelling in Europe who don’t have access to an Irish passport. For quite a lot of young acts in the UK, it’ll mean not being able to go there at all, because you’ll need a huge amount of organisation in terms of visas, documentation etc to travel, as freedom of movement isn’t available to them anymore. A lot of bands won’t know how to do it – I don’t know how to do it and I’ve been in the fucking music business for 25 years. We pay a tour manager to do it.

“This populist tide that’s sweeping across the western world is an extremely horrifying trend, where we’re at the behest of people who care more about themselves than anyone else. As I said, I despair.”

On a brighter note, Lightbody reveals that fans won’t have to wait too long for the follow-up to comeback album Wildness.

“On Reworked we’ve showcased our gentler side,” he says. “So on the next one, I’d like to do something big. I’d like to do something rocky, a bit more up. Not that I don’t enjoy softer music, but there’s an itch that I definitely want to scratch, and that’s making a big ballsy rock record. That’s my plan. I haven’t spoken to the rest of the guys: they might have a different answer. But everybody in the band loves rock music, so I don’t think it’s something that we’ll disagree on.”

Reworked is out now. Snow Patrol play the Olympia in Dublin on November 26 and the Waterfront, in Belfast on 28 and 29 November.