The future of Foo Fighters has been in question since the death of drummer Taylor Hawkins.

Foo Fighters guitarist Chris Shiflett has confirmed that Foo Fighters will continue to make music as a band, with the hope of a new album on the horizon.

Following the death of beloved drummer Taylor Hawkins in March of this year, Foo Fighters have kept fairly quiet about what the future holds for the band. After Hawkins' passing during the band's South American tour, the American rockers cancelled all their upcoming tour dates and only returned back to the stage for a couple of tribute concerts for their drummer.

The veteran band have since announced that they will be releasing a collection of greatest hits, The Essential Foo Fighters, out on October 28 via Sony Music. However, there has been word on whether or not they will continue to make new music.

This week guitarist Chris Shiflett went on the podcast The Plug With Justin Jay, where he interviewed about recent singles 'Born & Raised' and 'Long, Long Year' as well as how the press has been treating the passing of Hawkins during interviews with his fellow band members.

hey - nothing better than catching up with an old friend!! streaming everywhere now... https://t.co/aLlVpzPSW1 pic.twitter.com/JRov2S6NZO

"Most people that I've encountered have been respectful about it or tried to avoid it," Shiftlett said in the interview. "It probably will be [more of an elephant in the room] when we ever get around to putting out another Foo Fighter record and go back into promo boogie woogie."

"I remember that when I joined Foo Fighters, it was in '99 so it was a while after Kurt Cobain had died, but I would just watch interviewers twist themselves in knots to ask Dave [Grohl] about it but not ask. I think it will probably turn into that kind of thing," he recounts.

Shiflett adds how the internet discourse on Taylor's death is vastly projected in all different directions because of social media's impact.

"There's so much internet sleuthing people are doing, and it's all wrong," he said. "I understand people's fascination with it; Taylor's this big character and he meant a lot to millions of people all over the world, so on one hand i get that fascination with it but so much of what I've seen out there is so completely wrong. There's people out there saying shit like Dave killed Taylor by making him get the Covid vaccine. You're going to turn it into that? Fuck you. I try not to pay to attention to any of that stuff but it makes you angry because that shit is disrespectful."

Shiflett along with the rest of Foo Fighters recently put on a pair of tribute concerts in Taylor's name. The first concert took place in London at the Wembley Stadium on September 3rd, featuring an unbelievable line up of artists including Paul McCartney, Chrissie Hynde, Liam Gallagher and others. 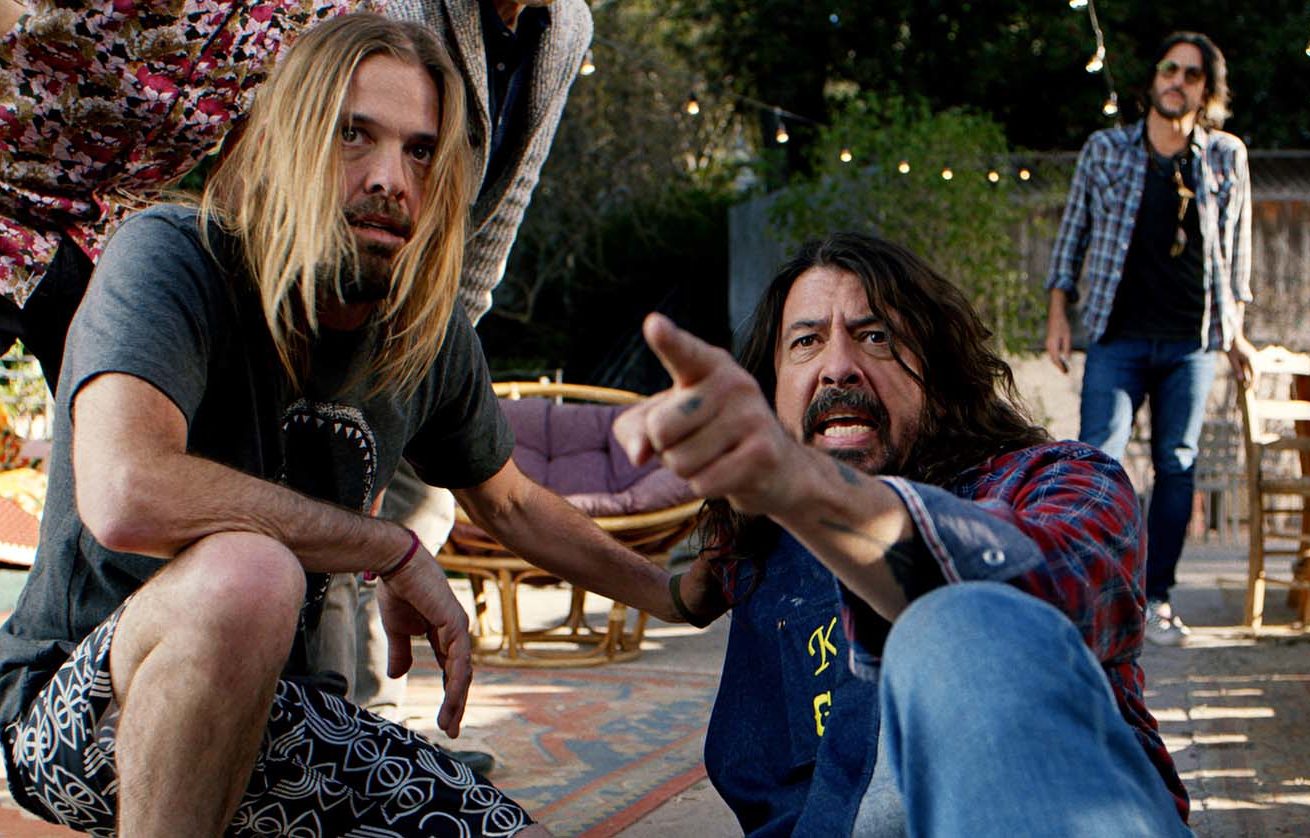 The next leg of Taylor's tribute concerts took place last night in Los Angeles' Kia Forum, with another star-studded group of artists including Miley Cyrus and Alanis Morrisette among many more.

"When we were walking out and I looked up and i saw one of Taylor's best friends and he was crying, and that just broke me up," Shiflett admitted when asked about the London tribute show. "Just in the short time since Taylor passed when we were getting ready to do these shows, being at our rehearsal studio, you just expect him to walk in the room. You just can't believe it."