The renowned groove technician on the unique party atmosphere at Electric Picnic's Casa Bacardí, mouthwatering collaborations and hair-raising encounters with the Chinese police!

It’s 2pm in Brighton and the weather has taken a turn for the worse. Bitter cold rain is pelting the ground, pushed sideways by the wicked winds: one can only imagine the massive mud pits brewing in the festival grounds of Boomtown a couple hours away.

Despite the fatigue from an endless tour of continent-hopping, English DJ Krafty Kuts is meticulously tweaking today’s set in the studio waiting for his mate Chali 2na. There's been a lot of late nights, insane parties and muddy festivals like this one.

“I'm a bit run down and worn out from all the festivals," acknowledges Kuts. "But I've got to keep pace a little because I'm about to play two of the biggest festivals on the planet this weekend.”

Merely two days after today’s performance, Kuts flies off to Canada's revered Shambhala Festival to play for yet another rave-hungry crowd. He spoke casually about rubbing shoulders with the likes of electro-legends Skrillex, Fatboy Slim and Kill the Noise. Does he ever lose that nervous excitement, being such a festival veteran?

“Oh my god, I still get really nervous," he admits. "This weekend I'm cacking myself. I'm really nervous thinking, ‘Shit, am I gonna have enough music to play? Is it gonna be good? Are people gonna like what I'm doing?'… You always feel insecure.

“The moment I don't feel like I'm nervous or anxious or worried about something is the moment I'm not enjoying myself. It should be a bit of a rollercoaster, that's what makes it fun! You need that sort of edge to what you're doing to get excited about it.”

Kuts’ rollercoaster has sent him to all over the world: through Europe, zig-zagging across the States and even to the far reaches of Asia. How do his international adventures compare to an event like Electric Picnic? 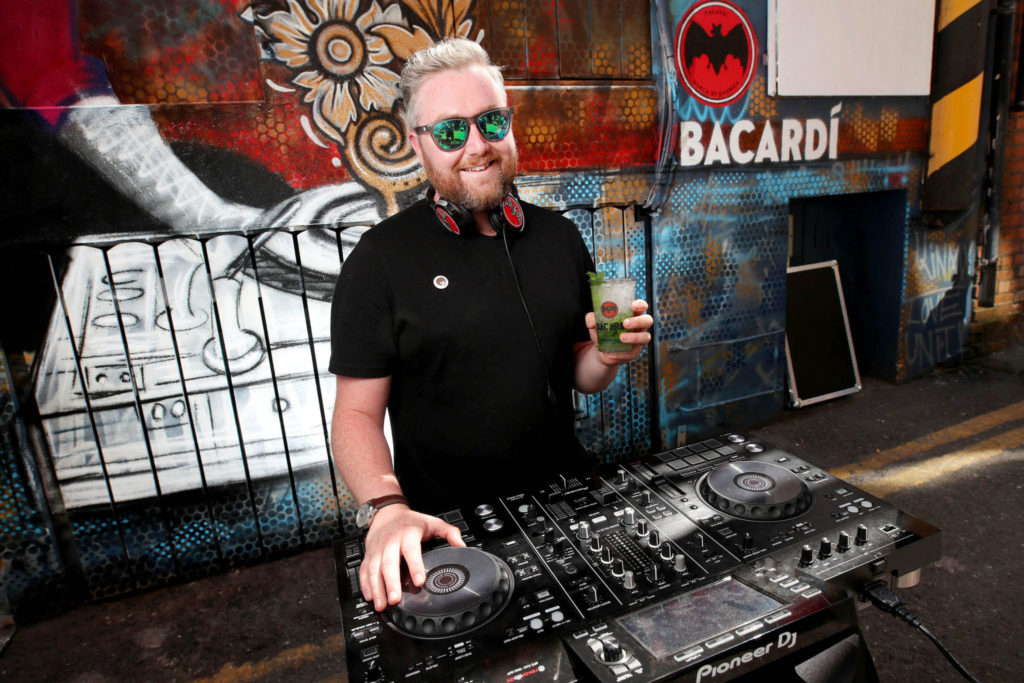 “Electric Picnic is one of those places where you can just let yourself be and have fun," enthuses Kuts. "Sometimes you don't understand what's about to happen and then suddenly it does and you think 'Bloody hell did that just happen?' It's a whirlwind experience, you go back to the hotel and it takes a bit to digest it all. You just think 'Wow these people know how to party and let their hair down.' They don't really care, anything goes. ”

What is it about the Irish people that keeps you coming back?

“You just know you're up for a good time: a few drinks, craziness and lots of love," says the DJ. "I like the fact that the people are straight up, they say it like it is. I really like their hospitality and their warmth, they treat you like one of their friends if they can relate to you. You'll soon feel if you're not at home with them, and that's if you give off a bad vibe. They're very clued up, intelligent people.”

Kuts' craziest Electric Picnic memory was born through that Irish warmth. Under the white pyramid tent of the Casa Bacardí stage, he dropped ‘Krafty Symphony’, his clever remix of The Verve’s ‘Bittersweet Symphony’ and the crowd went wild.

“I became a punter as well, I was in the crowd and I was coming back, dancing. I'm not really one to stand on tables but I was kind of partying with the crowd. When I dropped the track you just saw the looks on people's faces. They just went mad! The vibe really was... well, electric.

“I had people coming up to me and saying 'Ahh your set was amazing', 'I got married to your music' and 'We met at one of your shows, now we're husband and wife and we can't thank you enough for good times.' I heard such good stories.”

It’s fascinating how DJs captivate an audience without lyrics or sing-songs to rally the crowd. How does a DJ's job differ from a band or solo singer?

“Reading the crowd is the most important aspect of being a DJ," notes Kuts. "If they're not into what you're doing, and you can't change it around, you're fucked. You've got to make sure you come with a bag full of music that you can change into where you need it to go.

“A good DJ is someone who can just flip the script. If suddenly people are not vibing and you can see people leaving or the energy’s a bit low, you think, ‘Right, I'm gonna have to go for the jugular here’, because maybe people are just worn out from drinking and you're playing on the Sunday night. So you've literally got to hit them with bangers. I'm the type of DJ who wants everyone watching me me to be going nuts. Drop the monsters and you can literally, within five minutes, see the crowd go from 500 people to thousands.”

The crowd isn’t alway as forgiving as Ireland; Kuts recalled a particularly scary moment following a noise complaint at a hotel party with Grand Prix drivers in China

“It was getting close to midnight and the people were still partying hard and suddenly the armed police were behind me," he says. "All the 500 people that were partying with me were saying ‘Play one more!’ and I had the police behind me with guns saying, 'If you play one more, we’re gonna lock you up.'

“After four hours of entertaining I became the bad guy just because I didn't play one more song. I wouldn't have fancied a night in jail over the luxurious hotel they had me in.”

Aside from accruing wild tales at international festivals, Kuts has been hard at work in the studio. His latest mix is The Funkier Side of Things, and he also has an upcoming collaborative album with Chali 2na, Adventures Of The Reluctant Superheros.

“ The Funkier Side of Things is something that's taken four months of hard work: finding unique records, playing in the studio, editing and mixing it to absolute perfection. You need to listen to it experience it, it’s a lesson on the funky side of things from Krafty Kuts that you didn't expect.”

And as for the Chali 2na collaboration…

“It's pure hip-hop and funky as hell. There are some tracks I can't even believe we've made. We're just applying the final touches, it'll be finished up this month, so I'll probably drop one or two of those tracks at Electric Picnic. Gonna be good.”

Even More Electric Picnic Stage Times Announced
Sean to be Wild | Hot Press Talk to Up-and-Comer Sean OB
Gig of the Day: Waterboys at Leopardstown Racetrack
Elderbrook Gig Announced in Dublin
Skegss Reveal Upcoming Dublin Gig
Against The Current Gig Announced
We use cookies to ensure you get the best experience on our web site - by using this web site you consent to our use of cookies. Read more »