Super Callous Fascist Racist Tories Are Atrocious is expected to be released soon.

Following the release of 'Timex' on Christmas, Derry band The Barbiturates are gearing up for the release of their upcoming album, Super Callous Fascist Racist Tories Are Atrocious. Ahead of its arrival, they've shared the album artwork – which features an image of Boris Johnson channeling his inner Mary Poppins, as well as the ruins of the Grenfell Tower.

All songs on the upcoming project were written by Geoff Street, who created The Barbiturates project. He was subsequently joined by his friend, guitarist Patrick Walker, with a cast of other artists also joining in on the project.

The Barbiturates describe themselves as a "genreless pack of guerrilla" musicians, who embrace a strong D.I.Y. ethos.

"We are here to make war on music of mass production with our satirical not so moderate rock," they say on Bandcamp.

Super Callous Fascist Racist Tories Are Atrocious was recorded at Beechwood Studios in Derry, and was produced, mixed and mastered by Brian McMonagle. The artwork was created by Alan Reid.

The Barbiturates are dedicating the album "to all victims of imperialist colonial oppression dead or alive."

The album, expected soon, will feature the previously released tracks 'You Can't See Me', 'Contort', 'False Idols', 'Jesus & The Slave Chain' and 'Timex'.

See the full tracklist and artwork below: 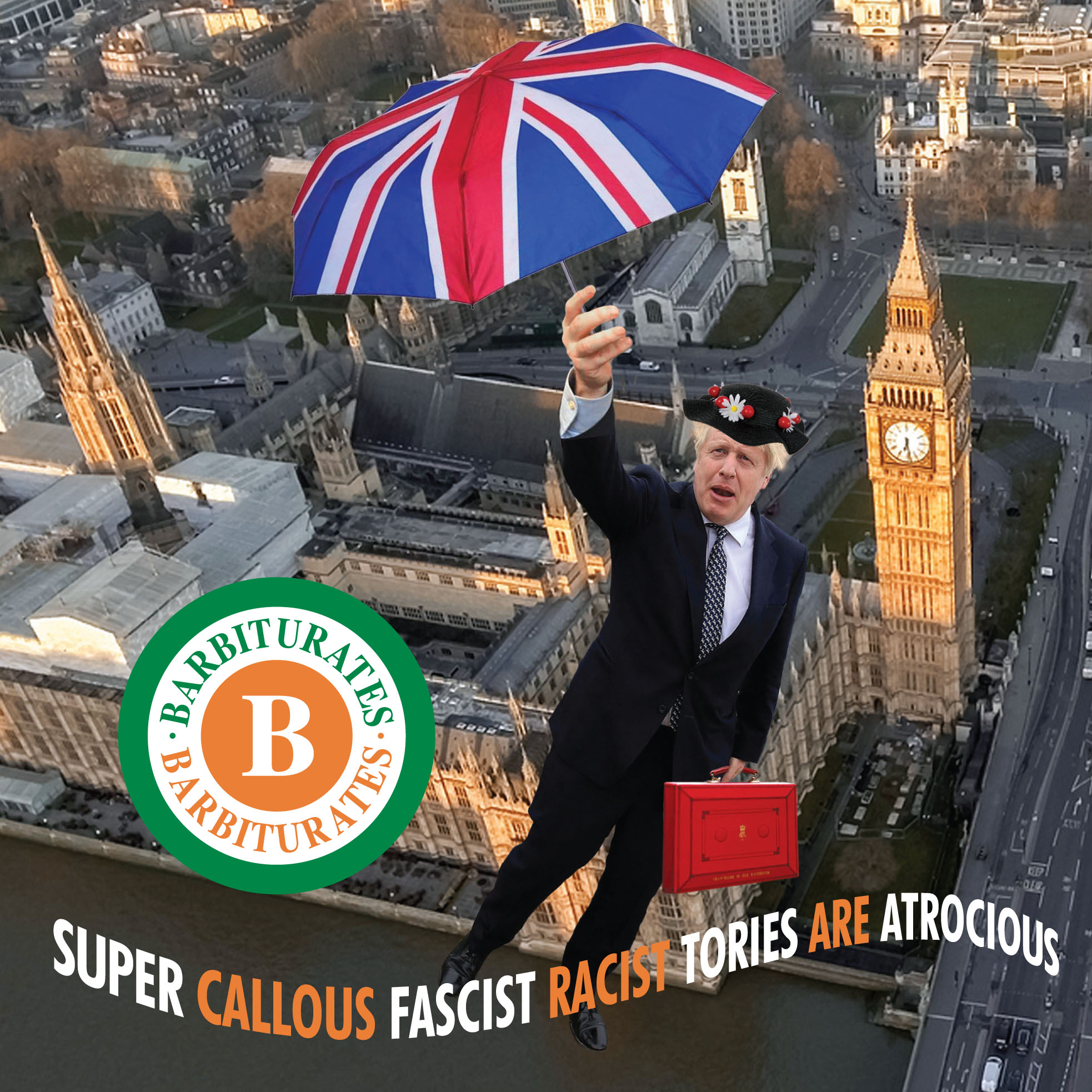 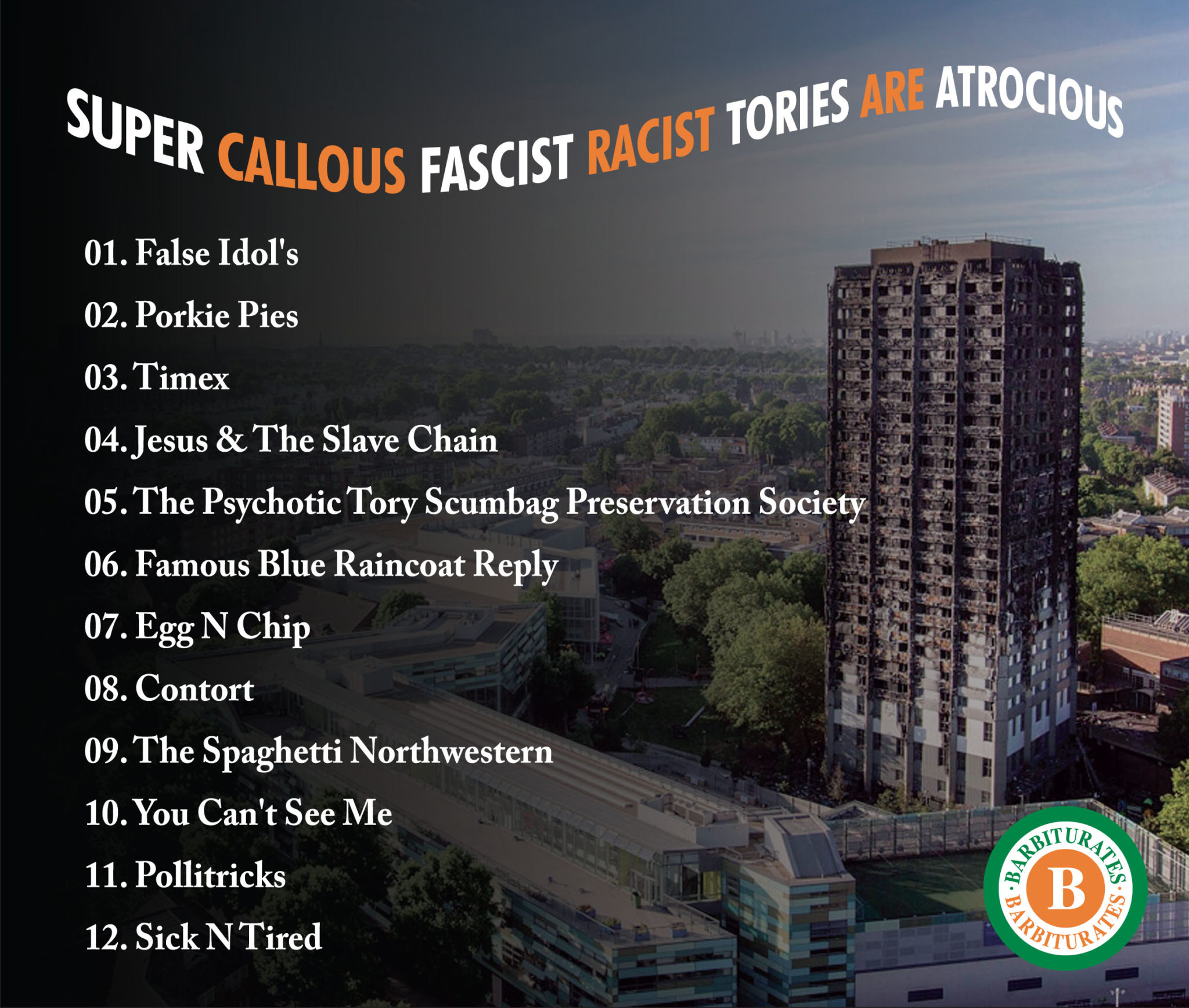