We Can Dublin Again: A Campaign To Make A Difference
Lord Mayor of Dublin Alison Gilliland. Copyright Miguel Ruiz.

In a special Hot Press Partner Feature, the Lord Mayor of Dublin gives us the low-down on a new campaign from Dublin City Council, which is aimed at bringing people back into the city centre.

The bustling heart of Dublin fell eerily silent during the darkest moments of the coronavirus pandemic – with images of empty streets, shops, museums and restaurants looking a little too much like scenes from a post-apocalyptic film.

Now, however, the widespread roll-out of Covid-19 vaccines means we’re finally reaching the light at the end of the tunnel – and footfall in the city is up by 114% since January. To help boost this even further, Dublin City Council are officially welcoming people back into the city centre with their recently launched ‘We Can Dublin Again’ campaign.

The campaign coincides with first few weeks in office of the new Lord Mayor of Dublin, Alison Gilliland, who was elected earlier this summer. Alison has been kept busy in her new role, with the introduction of new measures and initiatives, showcasing all that Dublin has to offer as we gradually return to normality. 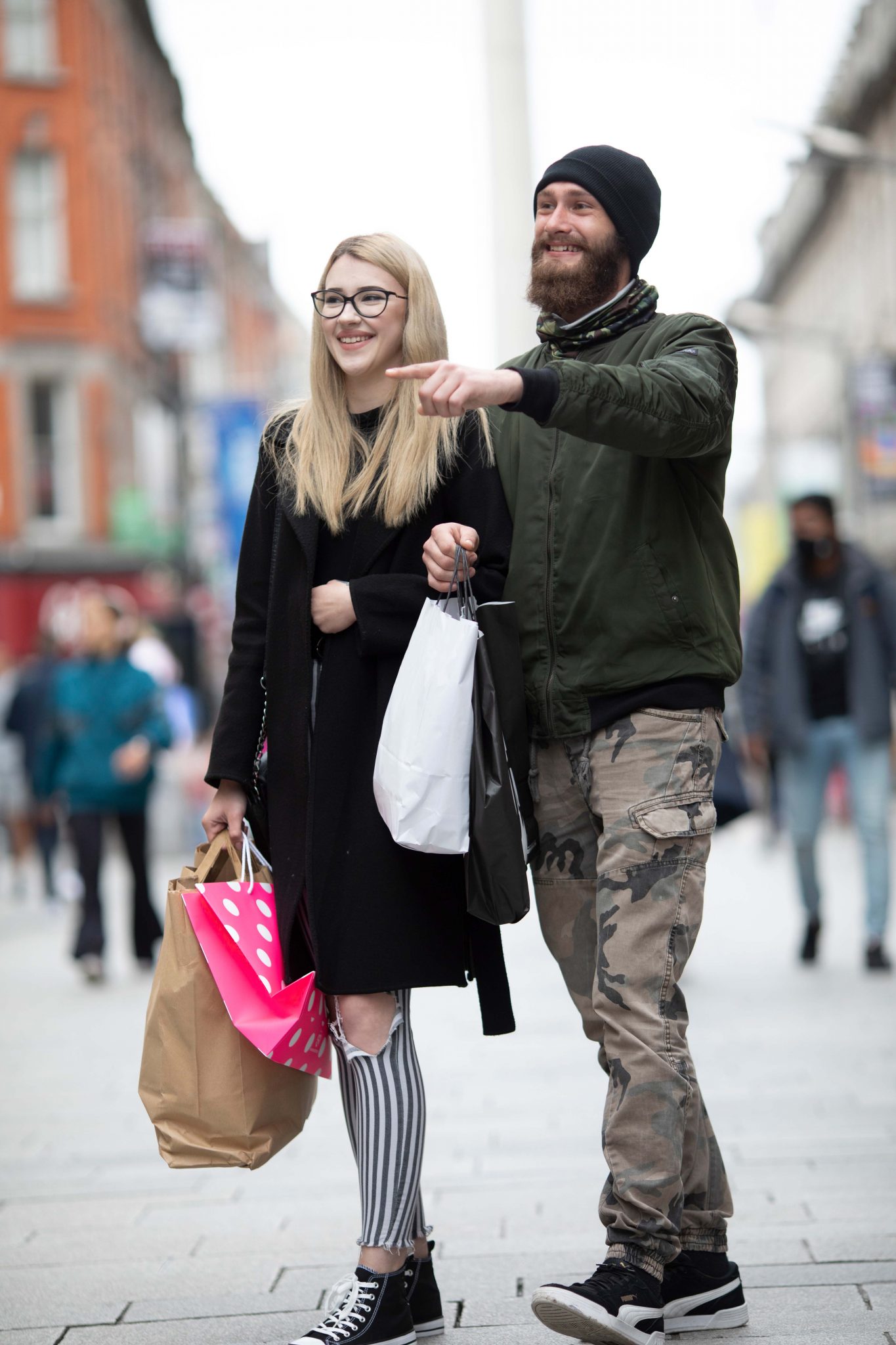 “We were very conscious of the massive lack of footfall in the city centre area during lockdown,” Alison tells me. “That arises from the imbalance between people working in the city and people living in the city. The idea of ‘We Can Dublin Again’ is to get people back into the city centre – just to come into town again, in the way that we used to.

“A lot of people would worked in town, and then stayed on in town to shop, or to go out and meet their friends,” she continues. “But we’re conscious that a lot of people are still working from home. So what we’re trying to do is to appeal to the domestic market, almost from a tourism perspective. Come and look at Dublin as if you were a tourist! The idea is to get people to really enjoy the city again – to feel safe in the city, and bring back a bit of normality to all of our lives.” 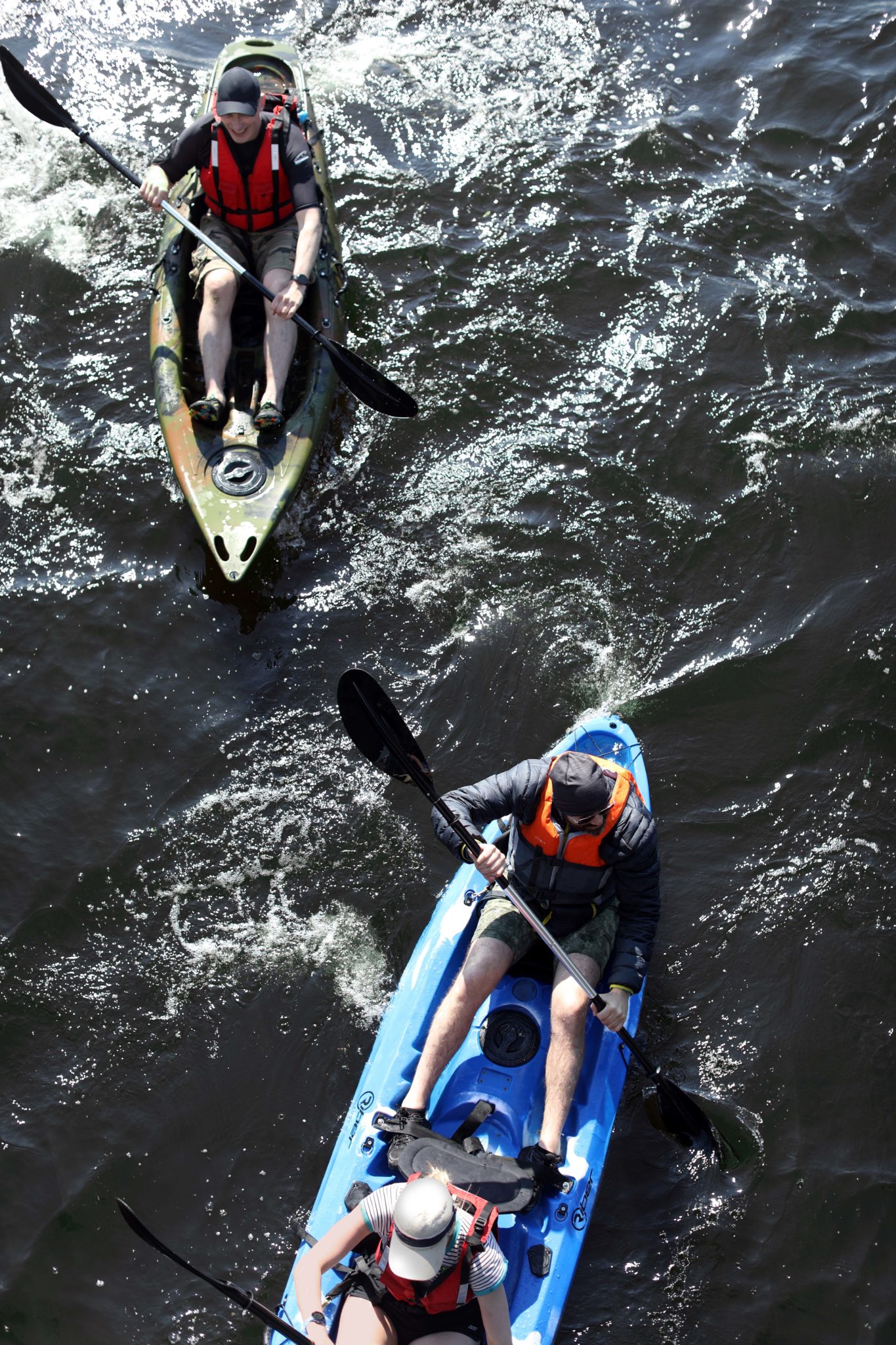 “I had a friend come in to meet me for coffee on Friday, Alison remarks, “and he hadn’t been in the city centre since March last year. He was astounded that we have a massive amount of cafés and restaurants with outdoor dining and seating areas now. It gives a completely different atmosphere and vibe to the city. For me, it’s reminiscent of those European cities you’d go to during the summer. A lot of places are also trying to accommodate the unpredictability of the Irish weather, with blankets and heaters.” 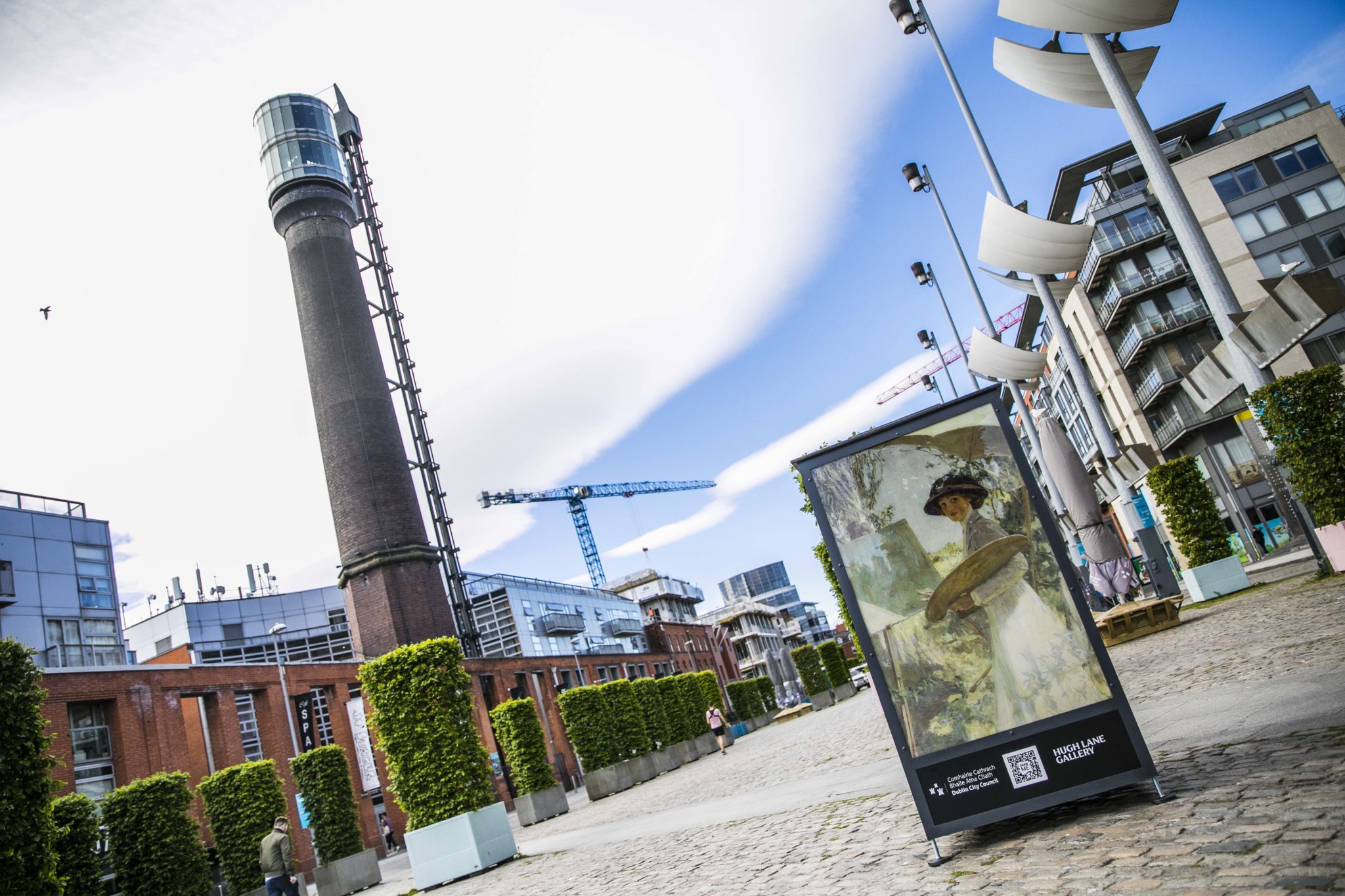 “We’ve worked with the Hugh Lane Gallery, and put beautiful images of some of their paintings on light boxes in Smithfield,” Alison says. “We’re also trying to get more murals on our streets – so as you walk around, you can enjoy the look and feel of the streets.

“We’ve a fantastic one called ‘Pass Freely’ on the side of the AIB at the top of O’Connell Street, which was done by a street artist called Asbestos. It’s paintings of burned matches, representing all the people who have died during Covid – and when you stand back from it, it comes together as the shape of a person. There was also one just launched on Clonmel Street, by Joe Caslin, for the 50th anniversary of Down Syndrome Ireland, of a lady with Down Syndrome.”

Along with Coilín O’Reilly, the Director of the City Recovery Taskforce, Alison regularly goes on walks around the city. These are approached “with a critical eye to what improvements are needed.”

“We’re looking for things that need to be painted, for example,” she elaborates. “Or pavements that might be a little bit uneven. We’ve power-washed the most frequently used footpaths and streets. We’re also trying to soften the landscape. We have lovely, big polished concrete benches along Connolly Station – but if you had a wooden frame on them, and maybe added a few planters, it would soften them. We want to make the place look a little more attractive, and green.

“We’re also liaising with all the shops and businesses on how we can work together to help them,” she adds. “We’re looking now at vacant retail units – to see if we could possibly get them for six months, rent-free, and try to do cultural pop-ups. We’re looking at how we can have a better mixed-use of the units on some of our streets, so it’s more than just a shopping street.” 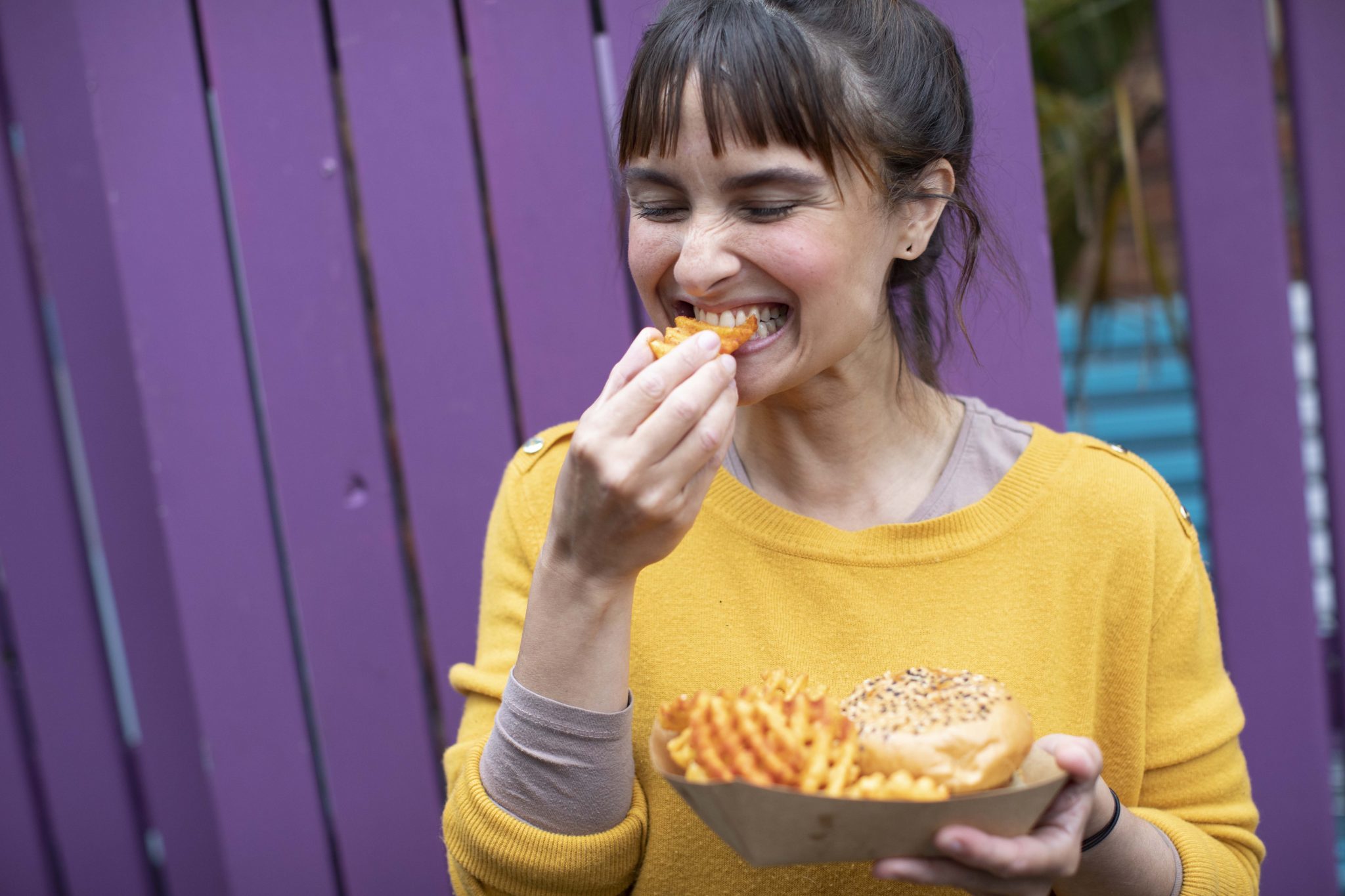 There’s also a music element to the campaign – an open call was launched for musicians to play in public spaces over the summer months, the results of which will start happening soon.

“I’m very conscious that they’ve had such a terrible time during lockdown, being closed off from opportunities,” she notes. “We used to have opera beside the Civic Offices. We’re bringing back things like that, and organising events.

“We’re also trying to attract families, with young kids – not just people coming in to dine or drink. It’s a more rounded experience, for a variety of ages.” 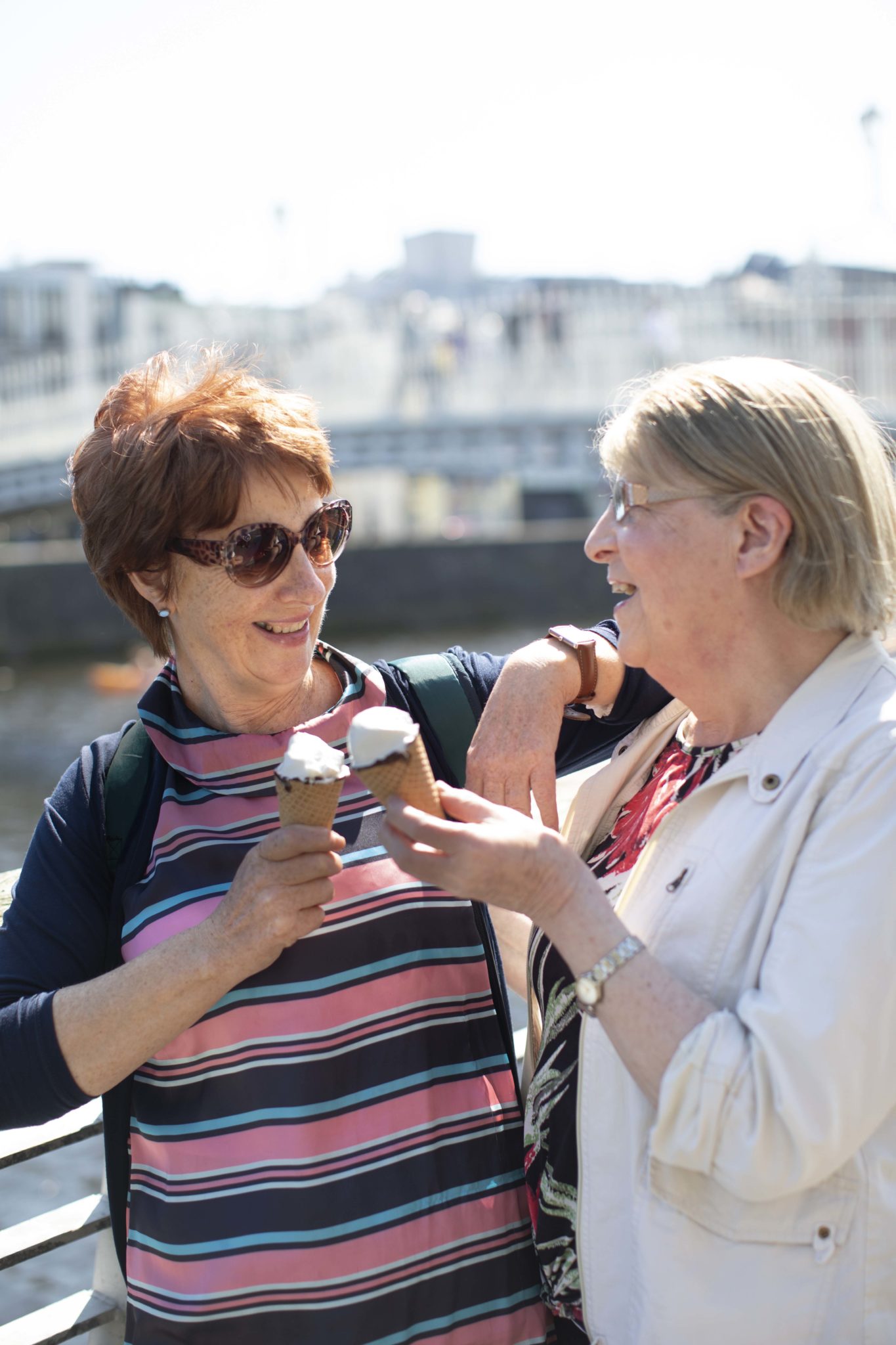 In her new role as Lord Mayor of Dublin, Alison – who lives in Artane, and worked in Parnell Square for 16 years – tells me she’s been spending time getting to know all corners of the city.

“I always wanted to go to the Iveagh Gardens when there’s no event on,” she smiles. “So I was up there on my run this morning, and it’s stunning. There’s a lovely wooded area of it. In a city, it’s great to have that. There’s a maze in it as well – which I did try out! If you have a sense of adventure, there’s a lot to see in the city, just by wandering around.”

And her favourite thing to do in the city centre?

“The Little Museum of Dublin!” she enthuses. “It’s fantastic. There’s a very tangible social history in it – like the food we used to eat, and some of the old programmes on RTÉ. It’s almost like a Reeling In The Years type of museum. Every now and then I go there just to reminisce!”

After a long year-and-a-half of Covid-19 in Ireland, the Lord Mayor’s main message to the people of Dublin is to come in, potter around – and enjoy the city.

“And give us ideas as to what you’d like to see,” she adds. “We’ve all been reflecting over Covid, and we’ve all become more aware of what actually matters in life. We want to transition as a city to what people want going forward. We want Dublin City to be a destination not just for tourists and people outside the capital, but also for people from the suburbs and the city centre.

“So get in contact if you have ideas, or if you see something that needs changing. We’d love to hear from you – and we’d love to see you in and around the city!” 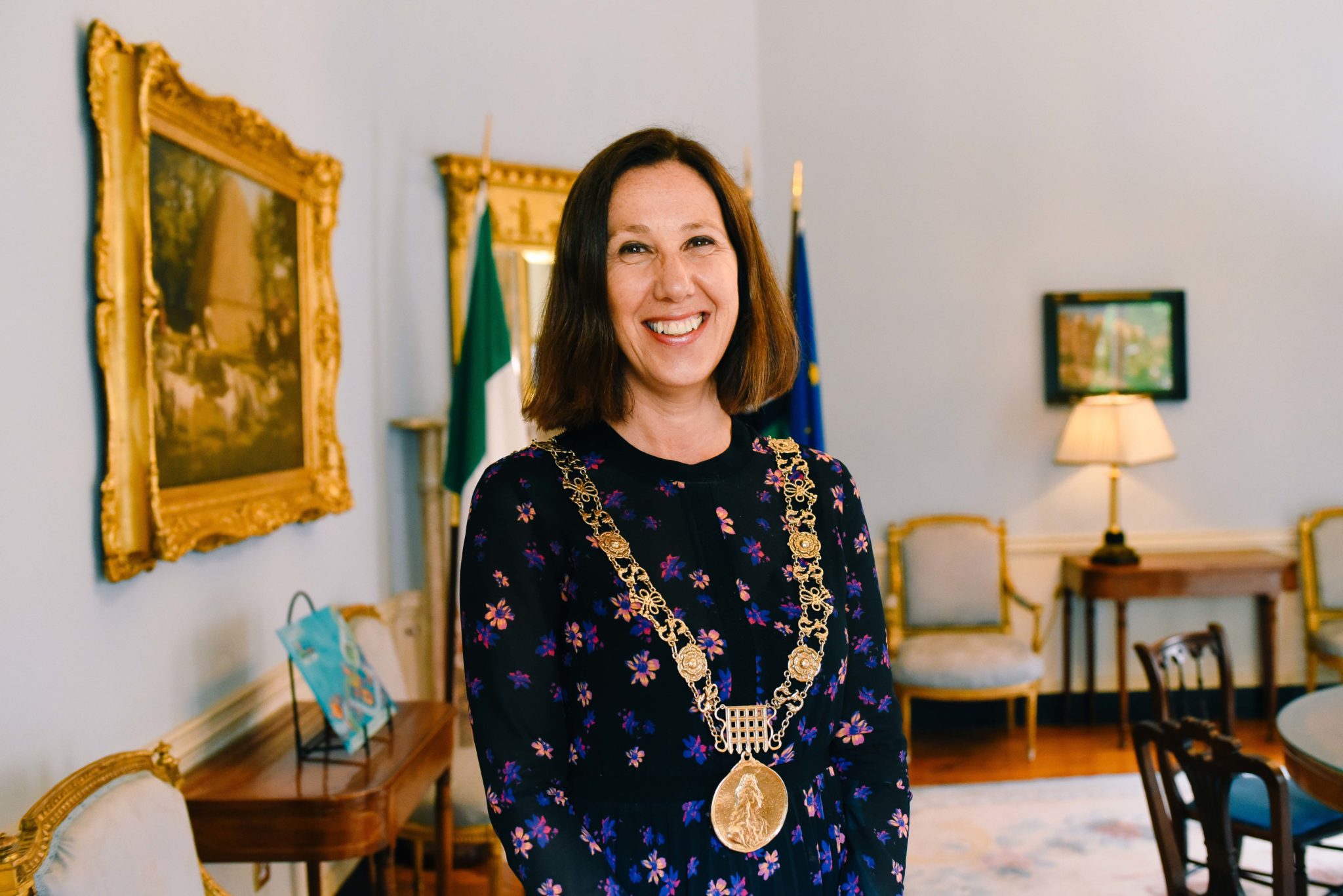