The calls for transport police have been enhanced after an alleged homophobic attack on a Dublin Bus service last weekend.

The Transport Union are calling on TDs to demand the Government include funding for a dedicated transport police service as part of Budget 2023.

The assistant general secretary of the National Bus and Railworkers Union (NBRU) Tom O’Connor emphasised the need for this security following a suspected homophobic assault on a young man on a Dublin Bus in the early hours of Sunday morning.

O'Connor spoke to RTÉ Radio’s Morning Ireland, saying: "Unfortunately, this type of behaviour is on the increase."

According to Mr O'Connor, the NBRU has been calling for a dedicated transport police division for some time. He remarked that it would be the only option to stop "this type of behaviour."

The representative noted the number of assaults on transport staff has also risen, with five incidents taking place in the last two weeks.

The public need to call on their TDs "to get some of the surplus" utilised for transport police in the forthcoming budget, O'Connor added.

The NBRU have instructed members (drivers) not to get involved in outbreaks of violence as "they are not bouncers or security."

Mr O’Connor argues that people are not going to switch to public transport if they do not feel safe, adding that, at present, 71 percent of journeys are made by private car.

The representative conveyed his concerns at the millions of euros being spent by the National Transport Authority (NTA) on the Bus Connects project, which he fears will be a waste if people are not prepared to use public transport because of safety concerns.

The NTA allegedly know the "problem hot spots", so the requirement for transport police would not be on every route. A dedicated force would curb an interest in misbehaving, O'Connor added.

"People are tired of the behaviour on buses. These are real people getting hurt. That man who was attacked is somebody’s son." 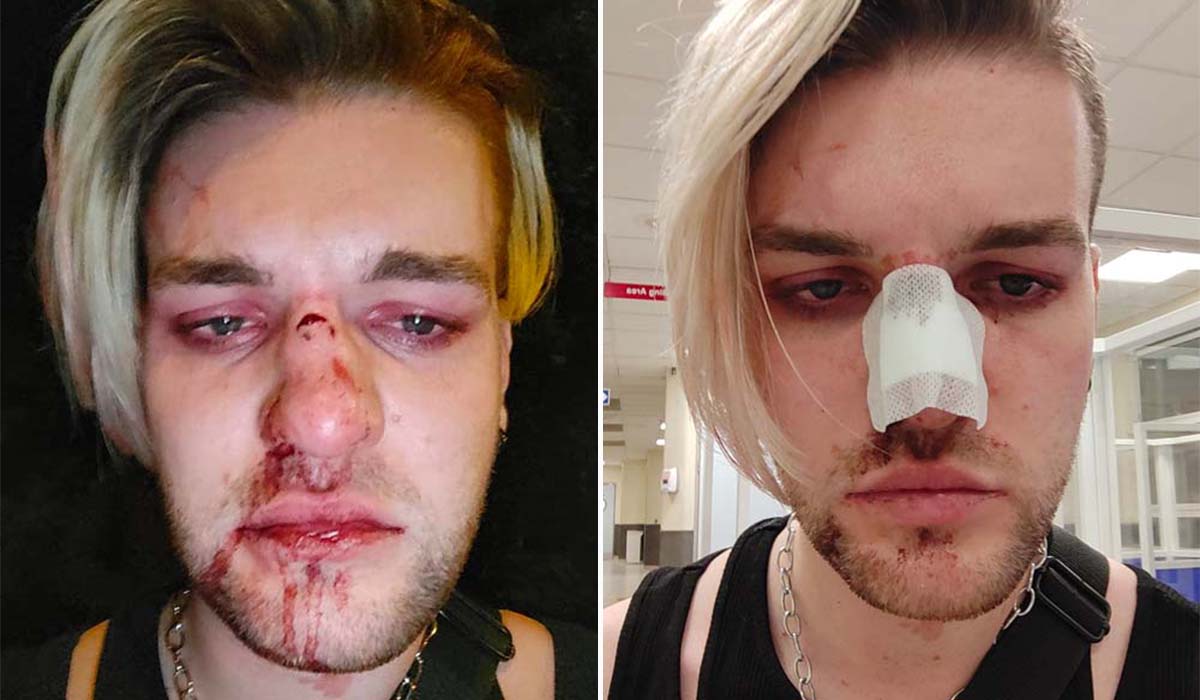 Mark Sheehan was viciously attacked on a Dublin Bus service after a night out.

The man attacked on a Dublin Bus service is Mark Sheehan (26), who had been out socialising last Saturday night (August 13) in The George nightclub on Dame Street with three friends.

While sitting upstairs on a late night bus, making their way home, Sheehan and his friends began to get verbally abused by some men.

Mr Sheehan said he was called a "freak" and a homophobic slur. "We were terrified. We regret not getting a taxi. I was clearly shaken," Sheehan added.

When he and his friends went to get off the bus, one of the young men got up and head-butted him in the face. "I looked down, my jeans and everything were covered in blood," Sheehan explained.

Mr Sheehan claimed he asked the bus driver to stop the bus while the police were called, but the driver advised him to get off for his safety and drove the bus away.

While this incident is being investigated by the Gardaí, the need for transport police is rising. These kinds of attacks are more and more common, with no resolution in sight, unless funding is provided for these essential services.