The Whole Hog: Its Time To Reboot The Climate Campaign
The Hog

As we strive for greater action on climate change, perhaps it’s time to look at how we can make the campaign more imaginative and dynamic – and get greater buy-in from the public…

A new primary school is being built right behind Hog heights. It’s a “passive” building and there’s insulation below the floors, in the walls, in the roofs. The windows are triple glazed.

There are acres of roof, facing south east, south west and northwest and there are to be solar panels on flatter surfaces and a rainfall recovery system on the more angled.

It’s a model of sustainability.

The contribution made by such projects to achieving sustainability and combating climate change should be acknowledged.

But alas, while we do some things very well we do them very slowly, and sometimes backwards.

It’s a puzzle. The Irish eagerness to be the best in class is well known. Look at the preening that went on over Covid.

So how come we’re dropping off the pace on climate action? How come our effort is hamstrung by apathy and ignorance, self-interest and resistance? And blatant cynicism from most of the political opposition?

Is the campaign too worthy, too cloaked in righteousness, puritanism and evangelism?

There’s a lot of preaching and finger-wagging. It’s all sack-cloth and ashes, power blackouts and extra blankets.

Where’s the excitement, the adventure, the craic? For something so focused on life itself it’s remarkably void of energy or sexiness. 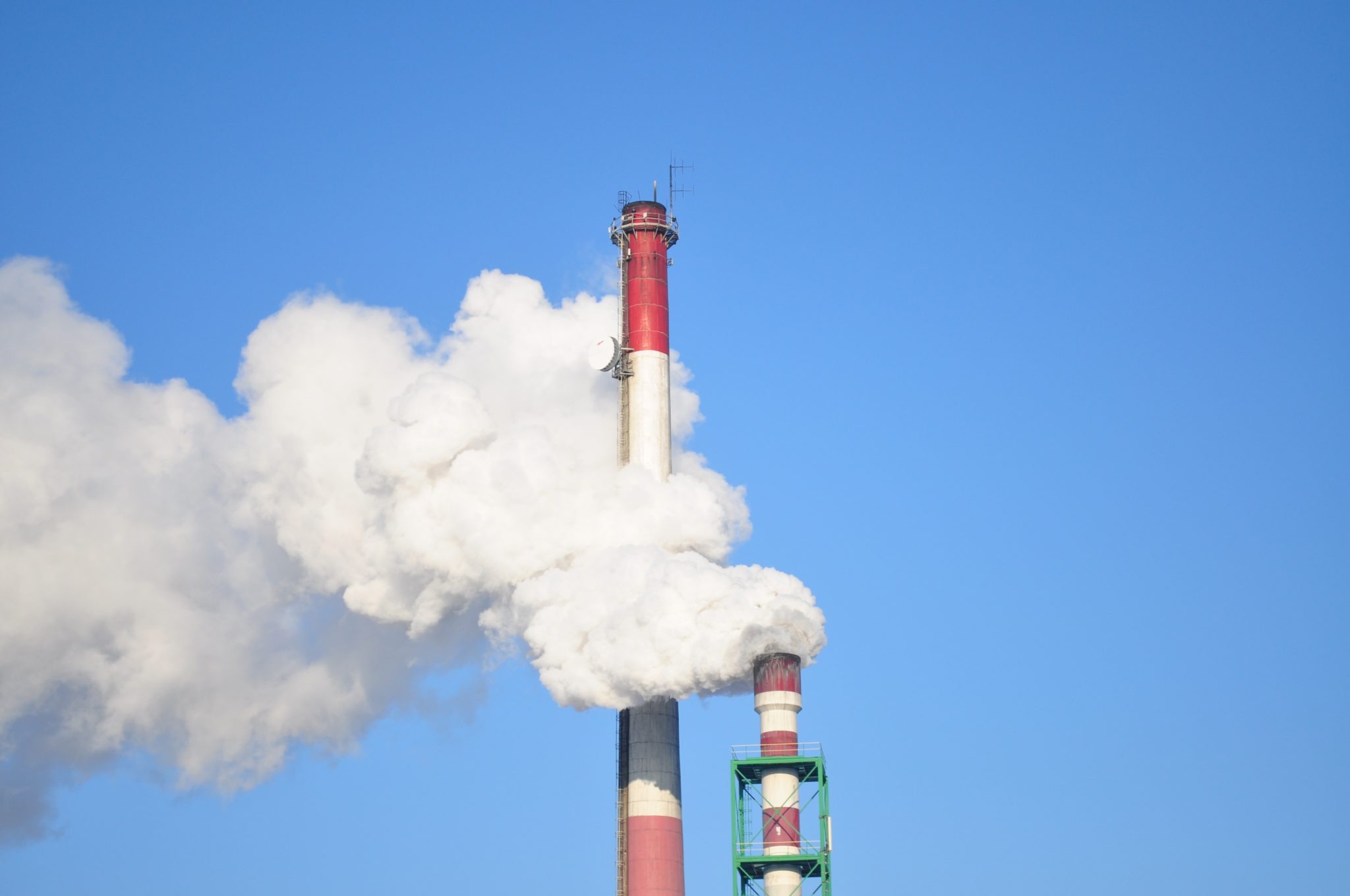 The prevailing national sense of gloom and irritation doesn’t help. Transport infrastructure is really poor. Cars and SUVs are still a necessity for many. Even chariots might see occasional service.

As for housing, if you’re lucky enough to be housed, retrofitting is very expensive and contractors are gouging, just like everyone else with something to sell.

It’s one damn thing after another. And the weather’s shite.

There are deep structural problems in the energy sector. You can only go as fast as the road will allow.

And it’s not just energy: infrastructural planning and execution is a nightmare across the board. Look at the National Children’s Hospital.

But up here on Hog Heights, we see exciting possibilities in combating climate change.

It’s time to pivot to the positive!

Our policy-making is too often an exercise in public service managerialism: you do what you know and ignore what you don’t, you measure what you can manage and you manage what you can measure. Everything else is in the realm of the unknown and unknowable and is left in the file.

The lead should increasingly be taken by entrepreneurs, risk takers, creatives and innovators.

Let’s build complex webs of complementary technologies. For example, as well as offshore windfarms, start planning for floating wind farms as they are doing off Scotland and New England. 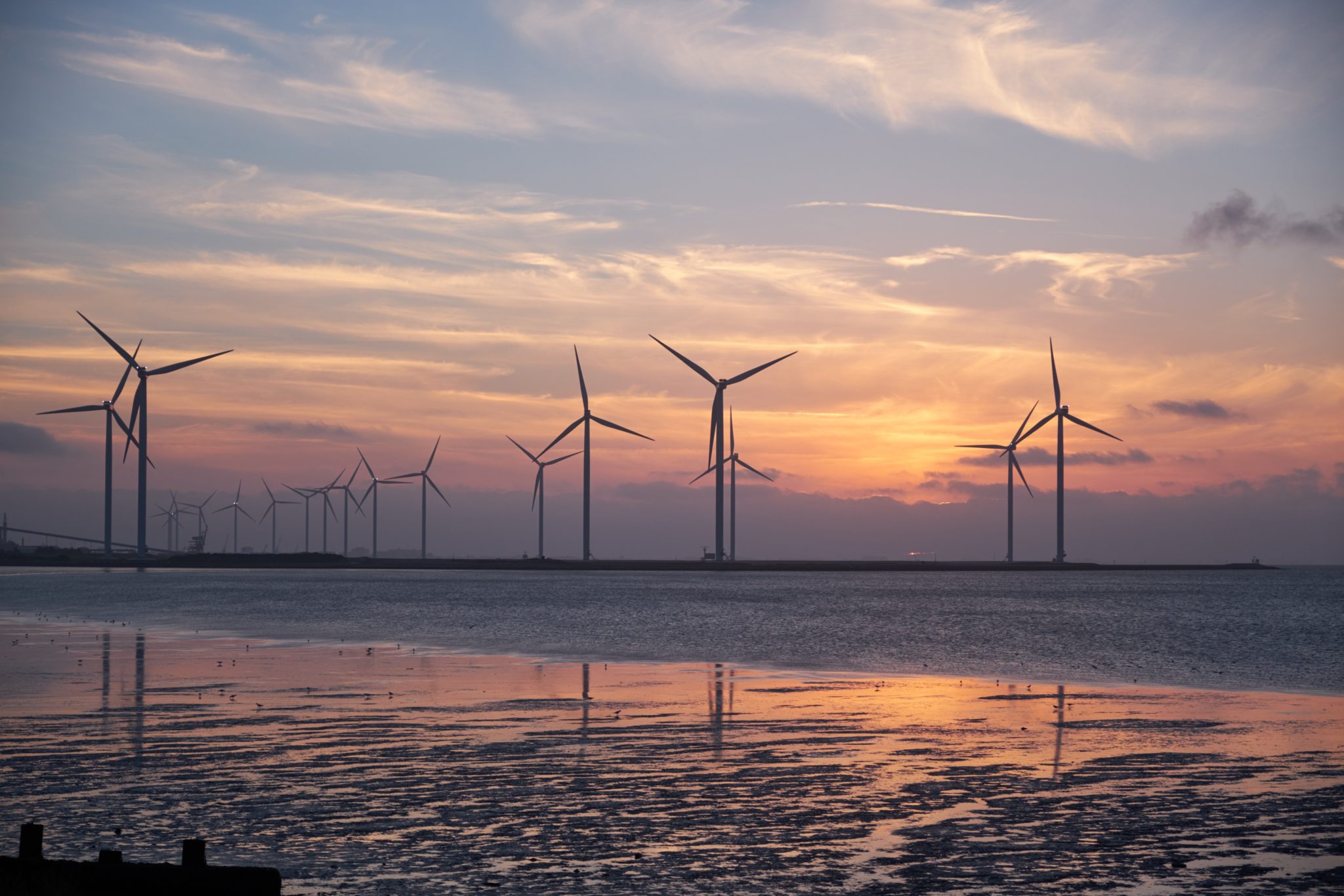 These turbines are set in deeper waters where 80% of potential offshore wind power lies. The one off Aberdeen, run by the Norwegian company Equinor, has broken UK records for energy output.

And they’re further off the coast so you get fewer conflicts with Nimbys and therefore less court activity and faster completion.

For an even broader and more reliable base for energy generation add in wave and tidal generation.

To complete the picture go for smaller and more flexible complementary technologies, like waterwheel hydroelectric on rivers, and uber-funky vertical wind turbines like those designed by the Icelandic company Icewind to perform well in low-wind conditions.

And don’t forget solar. In Ireland, stupidly, we tend to think that solar power needs hot sun. It doesn’t. It needs light and for much of the year we have enough.

This is becoming ever more the case as technology advances. A new material known as perovskite has the potential to quadruple the conversion efficiency of solar panels.

Its ingredients are widely available and inexpensive to combine. Those panels would make solar power affordable for everyone. Someone should be making them here, and very soon.

Take biofuel (for road vehicles, farm machinery and air travel). Generally dismissed in this country, it would be a lifeline for farmers. And for aviation. Some biofuels are actually carbon negative.

We want to go all electric. But we don’t yet have the energy supply or the infrastructure. So biofuel establishes a bridge between where we are now and where we want to go.

As for cattle and methane, as well as reducing the herd, why not try reducing their methane output?

Canadian farmers in Alberta have been adding 3-NOP to their cattle feed. It’s an organic compound that lowers cows’ methane production by an average of 30%, and in some cases up to 80%.

Bromoform, a compound found in seaweeds is also being tried. Sprinkled into a cow’s feed it also blocks methane production, by more than 80%. And it doesn’t need to be grown on land!

Are we open to better ideas?

If someone has a better idea than yours, you should nick it!

Even if it’s really old, like the extraordinary 1,000 year old irrigation system that waters La Huerta, the 28 sq km patchwork of gardens that supplies luscious fruit and vegetables to the Spanish city of Valencia. 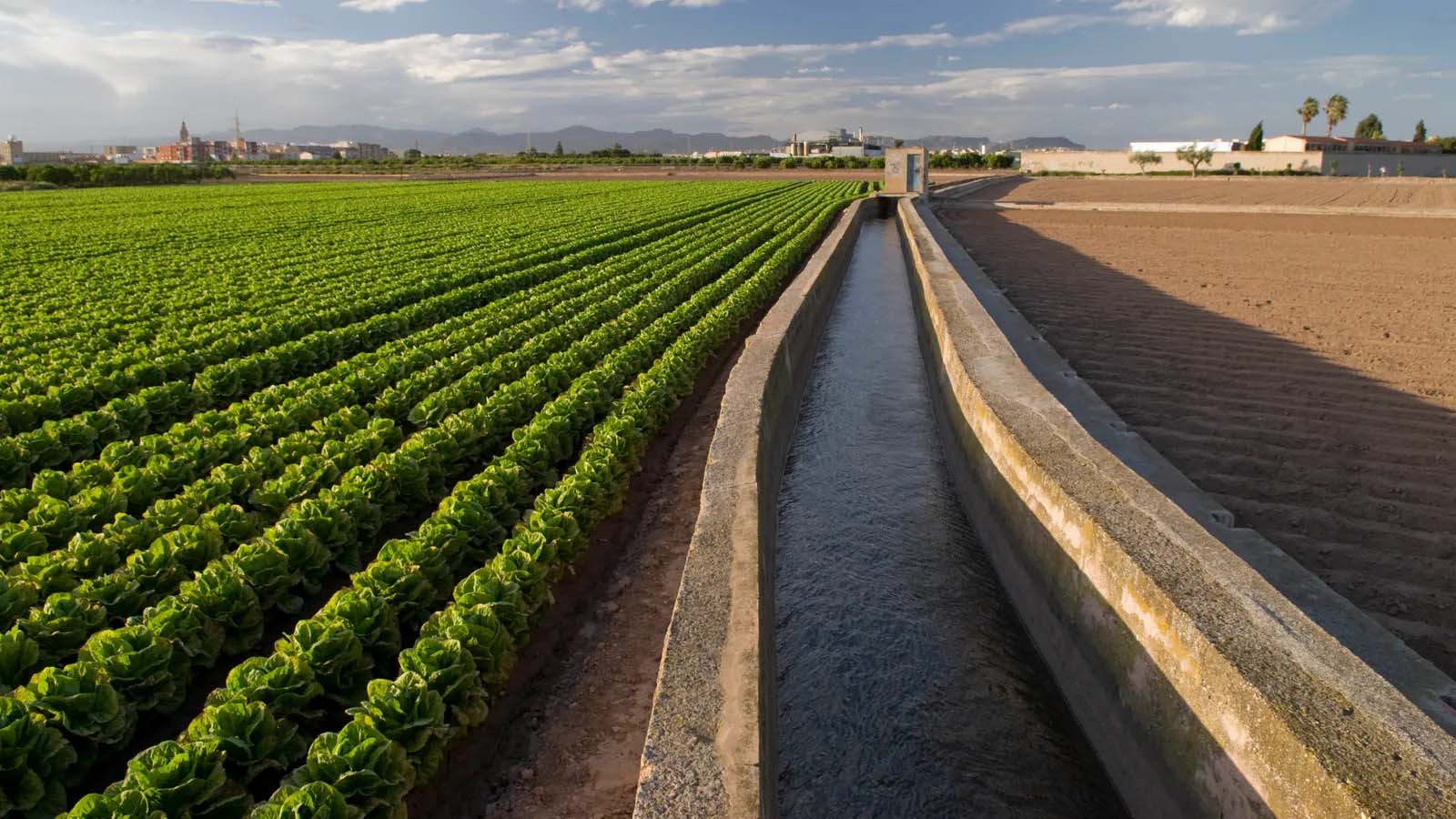 Try something like that in Ireland and you’d have hundreds of objections. What’s wrong with us?

Other good ideas include agrivoltaics – putting solar panels over fields and irrigation canals. Plants need sunlight but some less than others. Shaded, they need less water. And they sweat which cools the panels and makes them more efficient.

Elsewhere, scientists are seeding coral reefs to restore them, and with some success. Perhaps that’s not a major issue for us here, but it’s an example of restorative science and that’s an area we most certainly should be chasing.

We also want the nanotechnology that will extract carbon dioxide from the atmosphere and convert it into really strong carbon nanofibers for use in manufacturing. Win-win!

In the real world it’s always useful to find synergies and constructive trade-offs.

Let’s take our bogs. National policy is to stop harvesting turf. This has become a touchstone for resentment and resistance in many local areas.

The given rationale is to do with habitat and the carbon locked into the bogs.

But bogs are much more than a dead carbon sink. They’re our rainforest.

In Scotland they plan to re-wet their bogs to grow them back and capture huge amounts of carbon. The landowners intend to sell the stored carbon as carbon credits to industries and agriculture.

Why not here? Can we find the synergic sweet spot where saving the bogs might ease pressure on agriculture and foster local partnerships between small turf collectors and farmers? 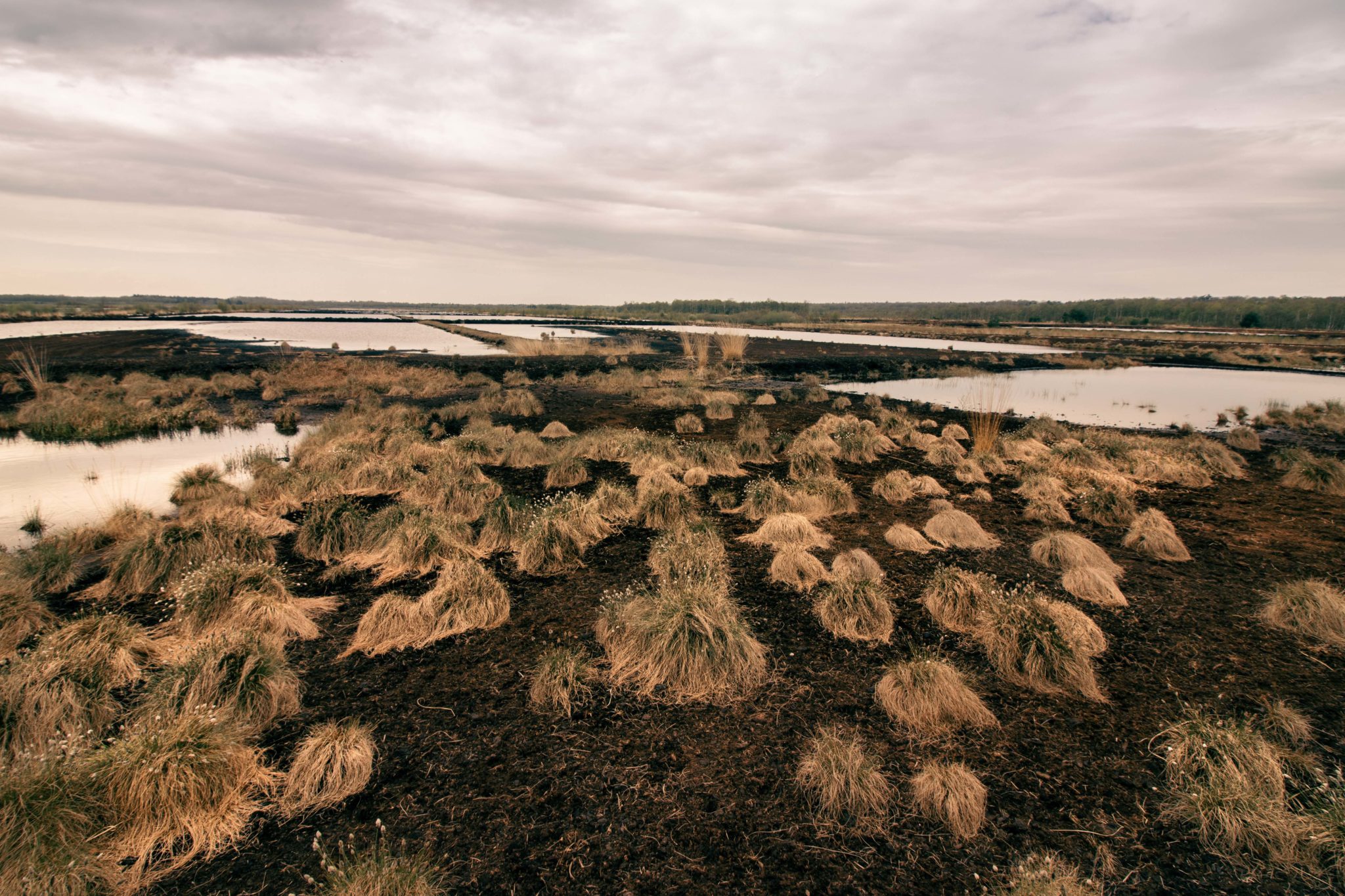 There are sector-specific changes we can make.

Turning to agriculture, did you know that Ireland has one of the lowest shares of organic farming in the EU?

There has been a 55 per cent increase in organic production across the continent but not here.

Europe’s lowest rates were recorded in Ireland and Malta, which both had shares of less than 2 per cent.

Ireland and Malta. Just think about that. Isn’t it time to green-up our farming?

In addition, we should also be blueing the ocean. We’re a bloody island after all!

We can work with the ocean for food and carbon storage. It’s our other rainforest.

León has been testing eelgrass. It’s early days yet, but it’s starting to look like eelgrass production can be scaled up to make a real difference.

The seeds have 50% more protein than rice.

But here’s the money shot: seagrass absorbs 10% of the ocean’s carbon annually despite covering just 0.2% of the seabed. It can capture carbon 35 times faster than tropical rainforests. It has been described by the World Wildlife Fund as “an incredible tool” in fighting the climate crisis.

Now, isn’t that the kind of thing an island people should be chasing up?

So what’s holding us back?