"Eliminating as many triggers as we can to create a safe space is key," Merchants Quay Ireland's Eleanor Butler says, as she outlines the urgent need for gender-specific services for women experiencing addiction and homelessness.

The COVID-19 pandemic has hit the most vulnerable in our society the hardest. The national homeless and addiction charity Merchants Quay Ireland has seen this first hand. Their clients, already marginalised and stigmatised, have struggled with increased isolation and anxiety, with female clients in particular experiencing a unique set of barriers and obstacles preventing them from accessing the services they need.

For example, many women with children are terrified that if they open up about their problems, their children will be taken away. The pandemic has both exacerbated their issues and further complicated their ability to access the very supports that could help.

Unfortunately, Ireland lacks specific services for women experiencing addiction and homelessness. These supports are largely accessed by men, which can create an intimidating atmosphere for traumatised people.

Merchants Quay Ireland (MQI) services range from crisis and case management, healthcare services, harm reduction and family support to residential and community detox and rehabilitation, aftercare, and prison-based addiction counselling. Eleanor Butler has worked with MQI for 11 years now. She was drawn to the organisation's social justice values and its pledge to provide equal access to non-judgemental supports.

Having started as a volunteer project worker, Eleanor later gained broad experience across the range of MQl's services. Now MQl's Female Services Lead, she emphasises the importance of compassion.

"It's a hard job to do because of the lived experiences of our clients," Eleanor tells me. "These people are coming to our door with huge trauma, experiences we can't even imagine for ourselves. In helping them, there's no way that you can't be affected by their stories.

"It's a really rewarding job being able to walk beside somebody in their journey, even for a short time," she adds. "Hearing that even just your smile or a cup of tea made a difference that day makes you realise that it's about seeing that person for who they are, rather than for their circumstances. Treating them with dignity and respect is imperative because, for a lot of our clients, they are deliberately ignored on the streets. People simply look the other way.

"We try to package our Open Access Service as a 'one stop shop' where people get assessed before accessing services that meet their basic needs: showers, food, clothing," Eleanor continues. ''We have a doctor, nurse, dentist on site. We have harm reduction services, case management services, a mental health nurse and mental health caseworkers. We also carry out community drug detoxes." 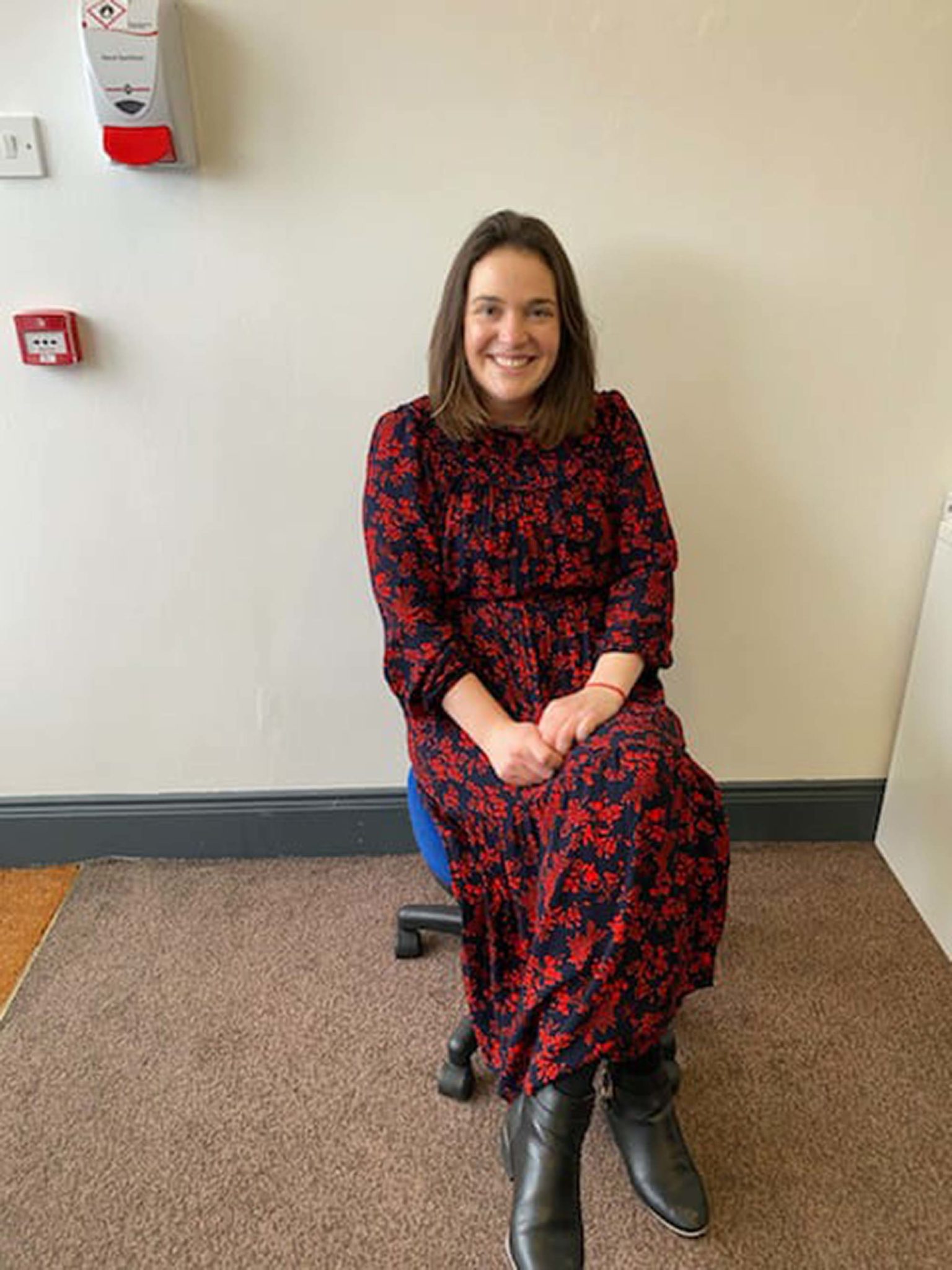 A particular issue that has become clear over time is the lack of women accessing MQI. To investigate this imbalance further, MQI worked with Dr. Sarah Morton of UCD to curate research on the issue, as part of its Action Research Project - funded by the South Inner-City Drugs & Alcohol Task Force. Dr Morton discovered that, while 42% of people experiencing homelessness and addiction identify as female, only 18% of MQl's service users are women.

The research revealed that women in addiction face major barriers to accessing services - for example women experiencing domestic violence may be afraid to talk about it. Similarly, women who have experienced sexual abuse may be unable to discuss their trauma in front of men. Women in addiction are often sexually exploited as they are seen as a valuable commodity to criminally-minded partners, who don't want them accessing services.

Eleanor explains that due to extreme shame, women often do not approach Merchants Quay until their addiction has moved to a dire stage and they are in total crisis - on the brink of losing, or having already lost, their children. MQJ has concluded that reaching these women at an earlier stage and providing them with support, will require a safe, anonymous space - one that caters for women only. It will be called Jane's Place.

"We should be getting an equal proportion of the population of people in addiction," Eleanor says, "but women's lived trauma or their current experiences with men is a huge factor. In Jane's Place women could participate in a safe, anonymous MQI location with female caseworkers on a one-to-one basis.

"Ireland's women continue to be left behind and abandoned," she adds. "When you look back at things like the Magdalene Laundries, shame and stigma are still ingrained in the Irish psyche. Things that are seen as 'wrong' are kept hidden."

The archaic views on those who are struggling with addiction and homelessness prevalent in Irish society, undoubtedly compound the hardships faced by MQI clients daily. However, it is the deep trauma with which the majority of clients are dealing which often leads to increased dependency on drugs.

For example, women who experience extensive violence and abuse are eight times more likely to be drug dependent. One MQI client stated that the need to escape her own reality started at eight years old, when she was abused for the first time.

"Seeing the heartbreak of women in addiction, with societal burdens on their shoulders, stays with me," Eleanor Butler says. "With one of our clients, I recall her telling me about the enormous loss she felt from not being the mother that she wanted and expected to be. The pull of the addiction and the trauma that she was living through was just too much. A lot of people believe the attitude of 'they did it to themselves' or 'it's their choice' - but that's not the reality. People have a misunderstanding of our services or the work that we do with clients. We are not working with the 'problem', we're working with the people. They are the mother, the sister, the daughter – not the addiction.

“Unfortunately, many of our traumatised clients are self-medicating to manage their pain,” Eleanor stresses. “My view is that an addiction is a symptom of something bigger. It's a coping mechanism. There's so much trauma in their life that they haven't had support for. The research is there to back it up. That's why we need to take a trauma-informed care approach to understanding service users' lived experiences. Creating that trust and cultivating a relationship with them helps us look at how they ended up there, but there are too many triggers for women in male-dominated addiction or homelessness services." 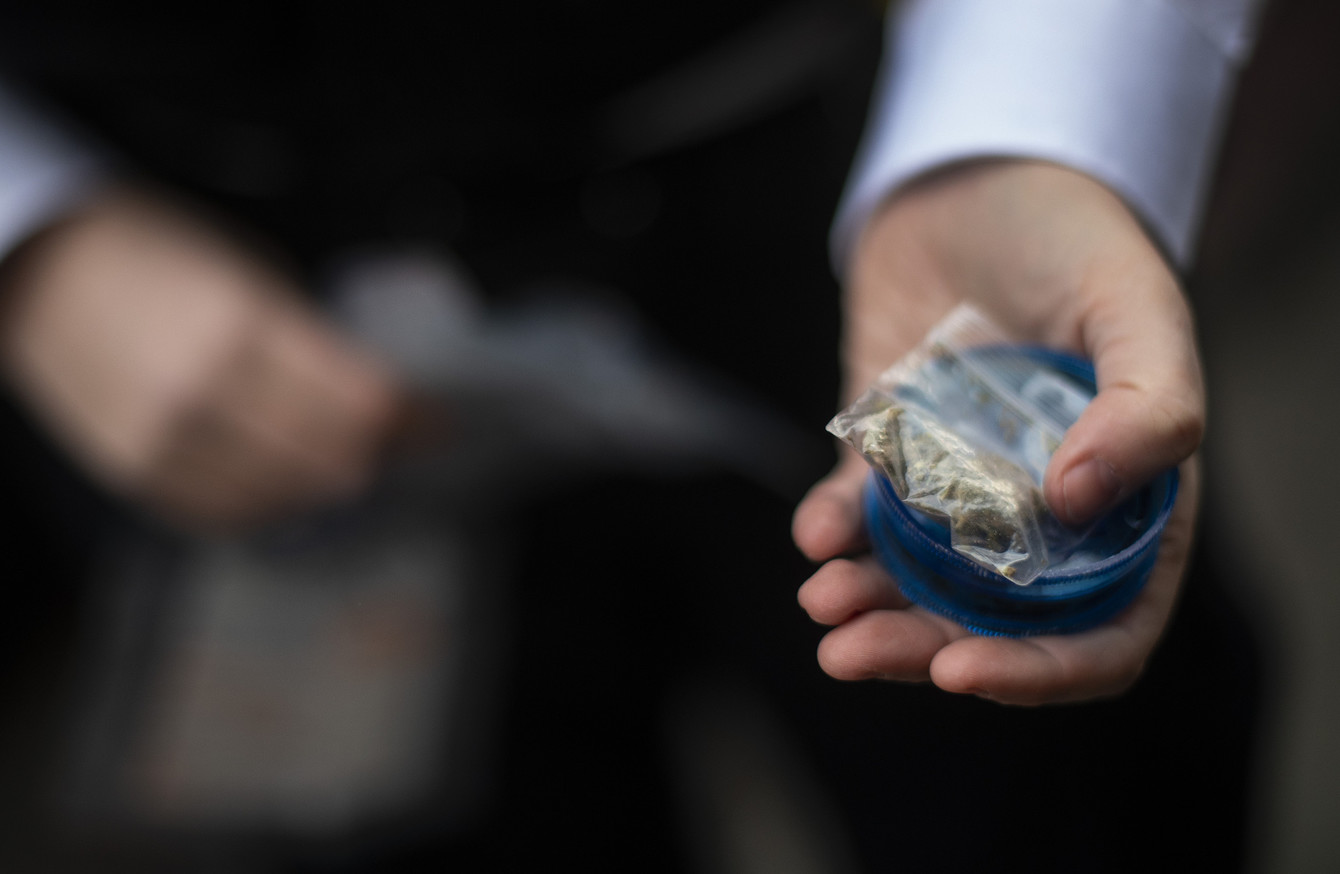 The proposed gender specific services from Merchants Quay will be fully inclusive of women from all backgrounds, including members of the LGBTQI + community, migrants and women involved in sex work and will take a holistic, client­-based approach.

"Every intervention, as much as possible, is tailored to that unique individual, because everybody is coming through the door with their own story, their own needs, their own experiences," Eleanor observes. "You can't really have a one-­size-fits-all model with these services. With anyone that's suffering with an addiction or living on the streets, the first step is just seeing them as people. For women in particular, the research shows we need to provide that safe space and create that trusting relationship.

"By understanding their trauma, we can hopefully go on to cultivate healing. For a lot of the women, especially the ones who are stuck in parasitic relationships or with histories of domestic violence, it will take a long time."

Eleanor stresses that building trust and making clients feel safe is paramount. As one former MQI client states: "Without a shadow of a doubt, I would have 100% used a women's only centre if there had been one in Dublin. Even the sound of it just makes me feel safe, gives me a sense of comfort."

"The beginning of it is making women aware of an easy-to­-access service that is anonymous and safe," Eleanor Butler concludes. "Eliminating as many triggers as we can, to create ease of access to a safe, trusting space, is crucial."

To help, we urge you to sign Merchants Quay Ireland's petition which calls on the government to ensure women with complex needs have access to gender-specific services. Please spread the word with your network, and consider making a donation at mqi.ie/donate.

Your Career Starts Here: Further Education and Training, Online Courses, Apprenticeships, Language Schools and more
Student Deals: Fantastic Feasts at Supermac's
Yewande Biala: "A lot of people don’t see police brutality up close in Ireland, so they don’t believe it's here"
Student Fashion: 3 Questions To Ask Yourself While Building Your On-Campus Wardrobe
Members of cabinet to receive Garda drivers and state cars for the first time since 2011
Student Special: Considering a tattoo? Invest in quality work you'll feel proud to carry with you forever