In the mid-1970s, gas prices reached an all-time high. Arabic oil-producing nations had embargoed the west over their support of Israel in the Yom Kippur war and prices rocketed.

The US teetered on the brink of a Mad Max-esque dystopia, in which car owners hunted for the last drips of rationed fuel, queues for petrol station snaked around blocks and fights broke out at the pumps. Car-owners wondered if their obese gas-guzzlers were worth the expense.

In 2022, soaring prices are once again gripping the market due to Russia’s war on Ukraine. But now the climate crisis has made fuel-efficiency an absolute priority. The revolution in electric cars is not just about saving cost – it’s on a mission to reduce emissions.

The French manufacturer bursts out of the gates with a five-door hatchback that aims to steal thunder from VW Golf, Ford Focus and Skoda Octavia. The 308 has a range of engine options, including 1.2-litre petrol, 1.5-litre diesel, and two plug-in hybrids, one of which produces 222bhp (brake horsepower – a measurement of how rapidly the car’s engine can work), and covers up to 37 miles of electric-only driving.

Inside the vehicle, an infotainment system is presented on a 10-inch digital panel, which passengers can navigate via customisable shortcut buttons. Settings can be customised to your specific needs  – whether you want to set the sat nav to direct you toward the local supermarket, tune the radio to a specific station, or switch on the air conditioning at full blast.

The 308 has space for junk in the trunk. Its 470-litre is a palatial mansion compared to the bedsit boot of the VW Golf or Ford Focus. An all-electric model is due to follow in 2023. 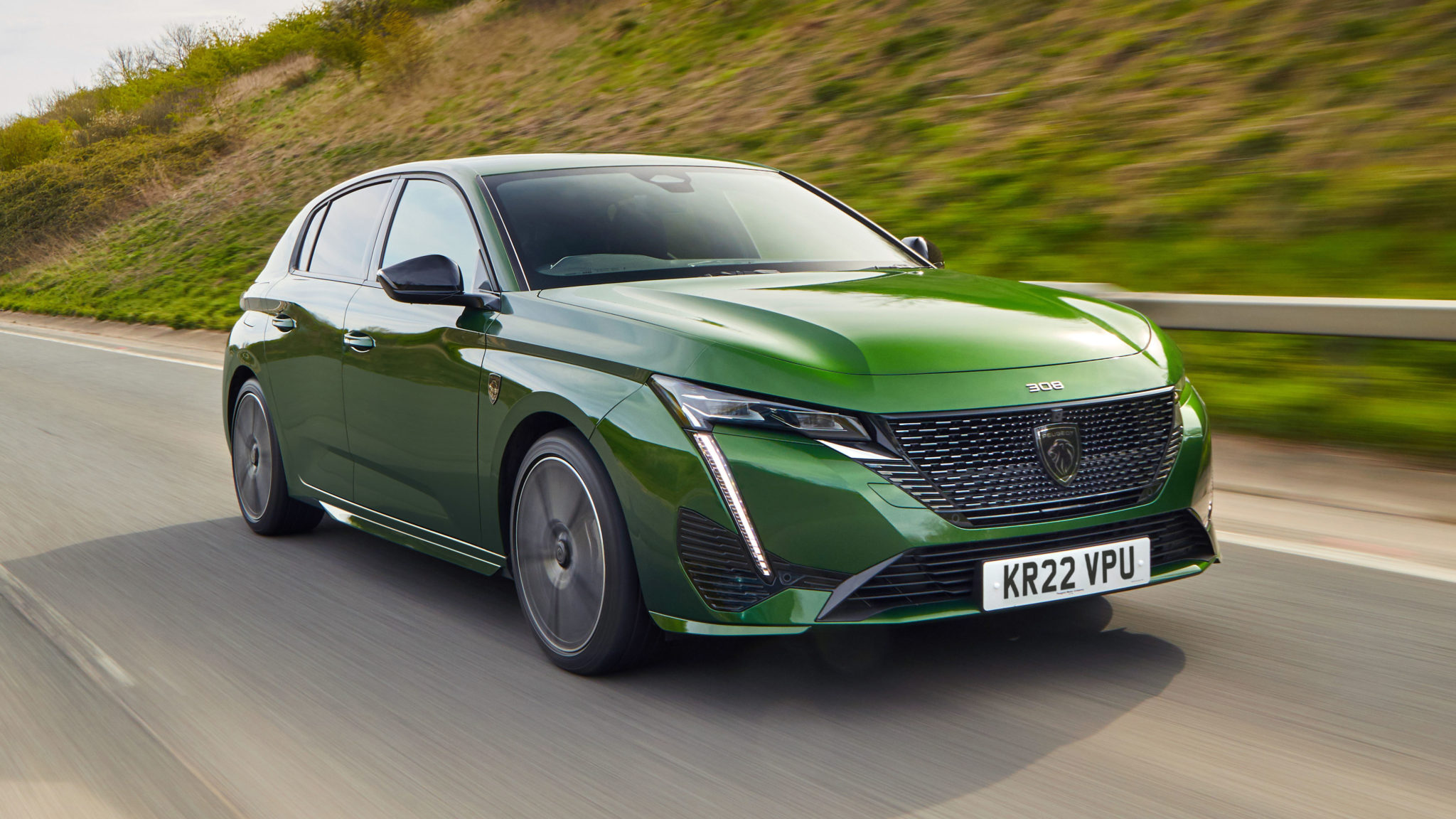 The Mini – as iconic as pop art or The Beatles – started life as a sensible family car. While it can still port around mum, dad, and a couple of kids, these days the car looks more like a stylish sporty coupé.

The Mini was always more suited to urban driving than epic road trips along Route 66 – if any car was made for an electric variant, this is it. The Mini Electric retains the bubbly personality of its predecessors while adding premium bells and whistles.

Importantly, it’s still a fun drive: a safe-yet-sporty five-star go-kart immortalised by Michael Caine in The Italian Job. Mini Electric covers up to 233 kilometres between charges: a reasonable mileage considering the average person drives 80km a day. Recharging stops won’t take a lifetime. According to Mini, a fast charger can top up the battery in 35 minutes.

Every version of the car includes an 8.8-inch touch screen with navigation, Apple CarPlay and MINI Connected functionality. There’s a rear-view camera, LED headlights, and heated leatherette seats for warm bums on cold days. The Mini allows a little space to go a long way – seating in the back can be folded down to expand into the boot – and the electric motor and battery pack don’t infringe on the car’s interior real estate.

There’s an electronic greeting signal when you start up the car, but that’s the most noise you’ll get out of it. The Mini Electric whispers around town: zero noise to accompany its zero admissions. Pricier versions of the car allow owners to customise colours on the bodywork, mirrors and roof. The Level 2 model is selling in showrooms for €38,075.

Dinky, retro, yet with its headlights aimed squarely at a zero emission future, the new Fiat 500e is a car for urbanites who need to get around but aren’t crossing continents. Fiat’s electric vehicle is a souped-up replay of its 2007 Fiat 500 (depleted of fossil fuels).

Similar cars in this EV category include the Honda e and the Mini e - although Fiat claims that its 320km on a full charge outflanks the competition. The car comes with two battery choices: 24kWh or 42kWh. It looks stylish and fits into the tiniest of parking spaces. Just don’t expect to swing a cat (or a hamster for that matter) in the cramped interior.

At its €32,000 price, this hatchback is probably more suited for singletons or couples without kids.

There’s nothing quite like the smell of fresh upholstery in the morning. The Citroën C5 is furnished with Nappa leather, also found in the McLaren F1 and Bentley Continental GTs.

Despite being a mid-range, family-friendly motor, there’s a premium polish to the new Citroën, available in plug-in hybrid, petrol and diesel models. Outside, the alloy wheels, tail-lights, and front LED running lights are freshly designed.

Inside, there’s a 10-inch touch screen and wireless phone-charging. There are five seats to accommodate a crew, but no four-wheel drive, so forget about off-road riding. A civilised road trip might suit instead. The front seats can be “heated and massaged”, according to Citroën, bringing a weekend retreat beauty spa to the auto world.

The Aircross starts off at around €30,000, undercutting its closest competitor, Peugeot 5008, in price.

Silence is golden in all EVs, but with its mesmeric LED light signatures, the Mégane E-Tech has a visual ambience to match its silent symphony. The car comes with a choice of 40kWh or 60kWh batteries – the latter taking you 470km on a full charge.

All versions of the car come with a 22kW charger, and you’re looking at about nine hours for a full charge on the 60kWh battery and seven hours for the 40kWh.

Slip into the cockpit and you’ll be greeted by a 12-inch display for the instruments and a 9-inch touch screen (12-inches in size on higher grade models).

Renault uses a Google-based infotainment system, so Google Maps is at your command. The 440-litre boot includes a 32-litre underfloor compartment for storing the charging cables. Prices start from around €40,000. 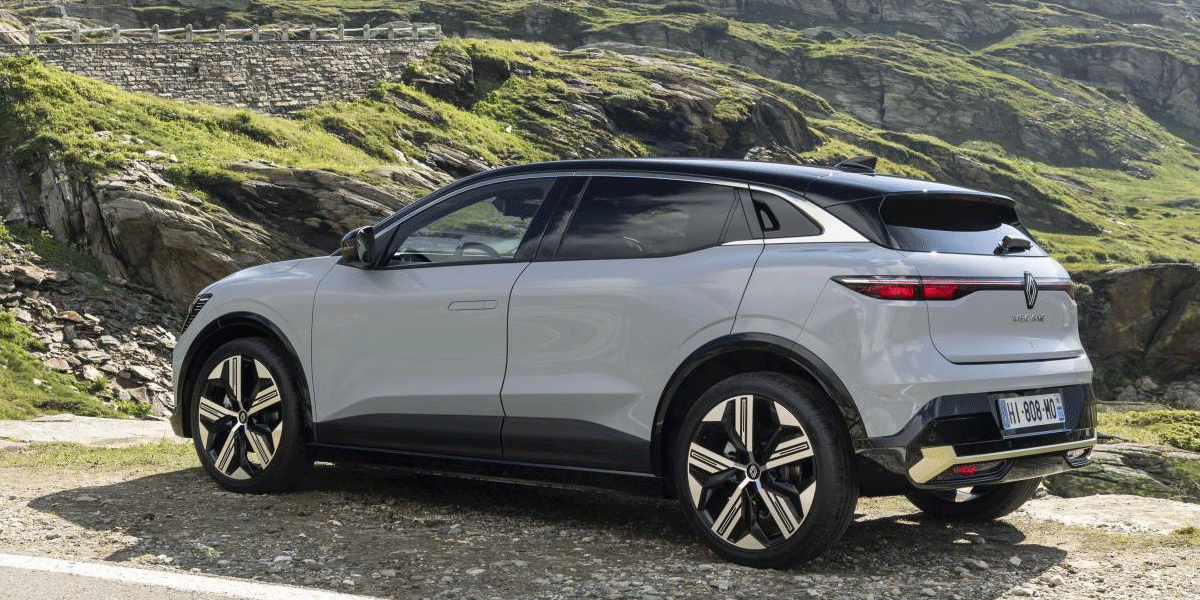 Skoda was once the butt of all jokes (ie. “How do you double the value of a Skoda?” Answer: “Fill it with petrol”), but who’s laughing now that superminis like the Fabia outperform Renault’s Clio? This fourth-generation car, which costs around €17,000, has a redesigned exterior and interior.

The car is longer than previous iterations and adds 50 litres to its boot space. The car comes with unique gimmicks – such as a USB-C charger in the rearview mirror where you can plug in your dashcam, and a dedicated storage space for car park tickets next to the gearstick. It’s the little things that matter.

The Fabia line-up is purely petrol, for now, so if your sights are set on an eco-friendly drive, don’t pull up to this bumper.

Skoda’s Fabia is sticking to fossil fuels, but the car manufacturer has opened its arms to the EV revolution with Enyaq iV, its first fully electric car. This large, practical SUV has two available battery sizes: the 58kWh iV 60 and 77kWh iV 80. The latter, according to Skoda, reaches distances of 336 miles. Spacious and solid, Enyaq iV starts at around €40,000.

Inside the Hot Press Annual 2022: Featuring Cover Star Glen Hansard
Late-night DART and commuter services begin this weekend
Review: "Grounded does for back gardens what Jaws did for oceans