Lisa McGee on The Cranberries: "When we were thinking about what the sound of Derry Girls should be, ‘Dreams’ said everything about that time"
Photo Credit: Michael Quinn.

There was only one band whose music was going to soundtrack Derry Girls’ most poignant moments, and that was The Cranberries. Lisa McGee tells us about the special place Dolores occupies in her and young Erin’s hearts.

“The guys in the band probably won’t be too pleased about this, but my introduction aged 14 to The Cranberries was a copied tape of No Need To Argue, which was doing the rounds at my school. I’d been looking for something that felt very Irish but contemporary and they blew me away. As a kid you’re always searching for yourself in music, TV and cinema and I was like, ‘Oh, this is it! This sounds like modern Ireland.’ I remember lying outside on one of the rare sunny days Derry has in the summer and getting goosebumps listening to the music. Then I fell in love with the lyrics and, like Erin, had The Cranberries as the soundtrack to my teenage years.

“Serious rock critics were a bit sniffy about the ‘tanks…’ part of ‘Zombie’, but we totally related to its simple message of ordinary innocent people being the main victims of war. You often felt that you were forgotten in Northern Ireland and nobody cared, so Dolores singing about us was amazing.

"I’m not sure why because I love loads of them, but ‘Ode To My Family’ is my favourite Cranberries song. It’s an amazing piece of storytelling, which only somebody like Dolores, who had a great innocence but also a great worldliness, could have written.

“When we were thinking about what the sound of Derry Girls should be, ‘Dreams’ said everything about that time. You know, the hopelessness and the poetry and the drama of it. Everything is kind of big when you’re a teenager.

“The Cranberries' songs feel very cinematic; there’s such a scale to them. I wanted a very strong Irish woman at the start of the show, so the first thing in the script is going into Erin’s bedroom and seeing a poster of Dolores and The Cranberries  next to her bed.

"Because I was very young when I got into them, she just seemed like this cool older girl, but you forget how young Dolores was herself when all this was happening. It must have been pretty intense.

“I had the self-awareness to know I wasn’t cool enough to copy her style. She was such an incredibly beautiful woman that she could get away with very tight haircuts and I couldn’t have. I knew my limits! 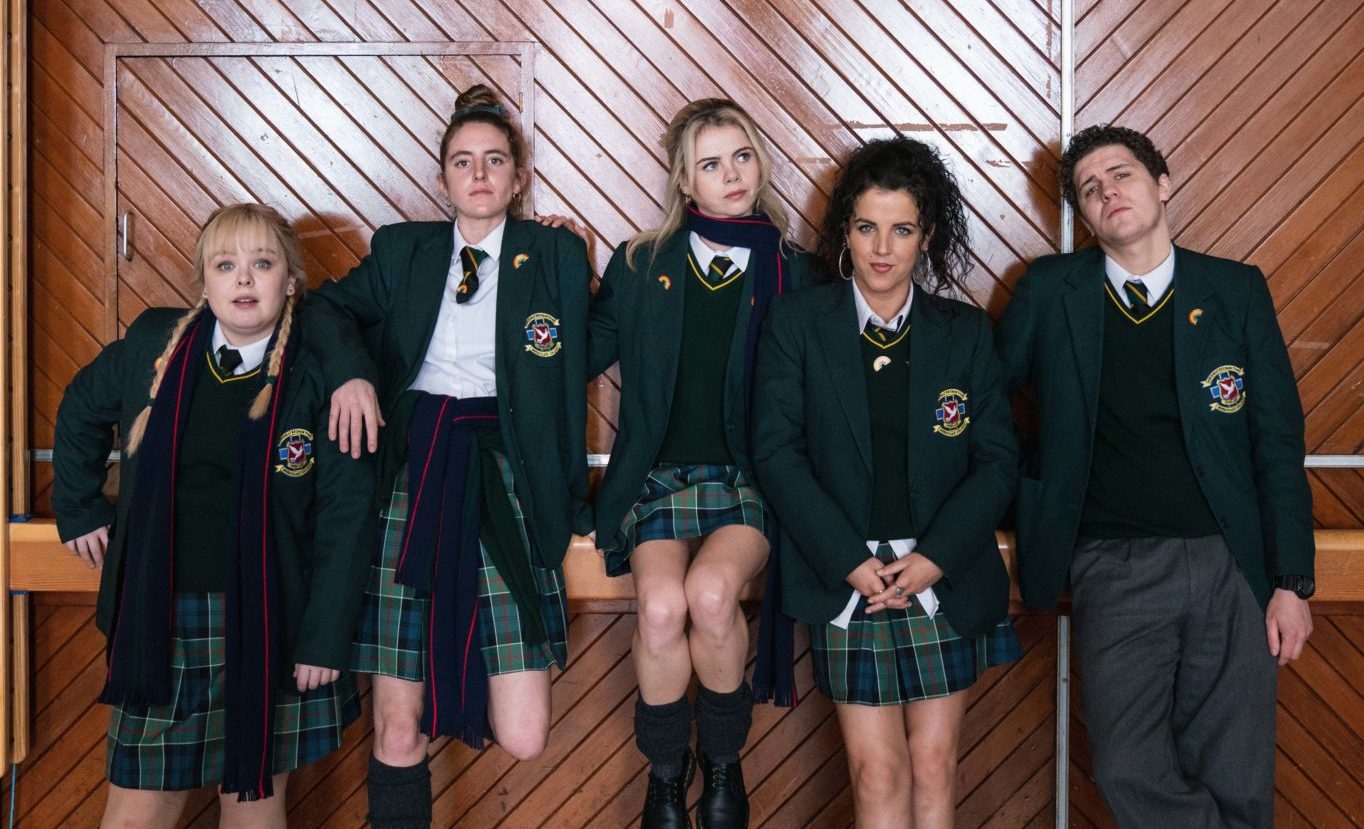 “The opening scene which ‘Dreams’ soundtracks was quite silly, so as a bookend to that we thought we’d use it again at the end of Series One when it bleeds from the gang dancing on stage at school to Madonna’s ‘Like A Prayer’ into Mary, Sarah, Gerry and Granda Joe hearing the awful news about the Omagh bombing on the telly. Joe putting his hand on Gerry’s shoulder is my favourite ever Derry Girls moment.

"That episode went out on February 8, 2018, which was just after Dolores died, but the adding of ‘Dreams’ to that scene – it took us ages to get it exactly right – had been done months beforehand.

“I remember someone from Channel 4 emailing to tell me the news and feeling this weird sensation because so much of what we’d been doing in the edit suite had involved Dolores’ voice. I was shocked by her death and the stuff that had been going on for her personally, which I hadn’t known until I started reading about it in the obituaries.

“We always ended up hanging our big hooky moments on a Cranberries song. In Series Two, we initially play out on Enya’s ‘Caribbean Blue’ before cutting again to ‘Dreams’.

“I was delighted to hear that Noel Hogan’s latest song [2021's 'Crybaby'] is with a real live Derry girl, Bronagh Gallagher. Bronagh is a force of nature just like Dolores was.” 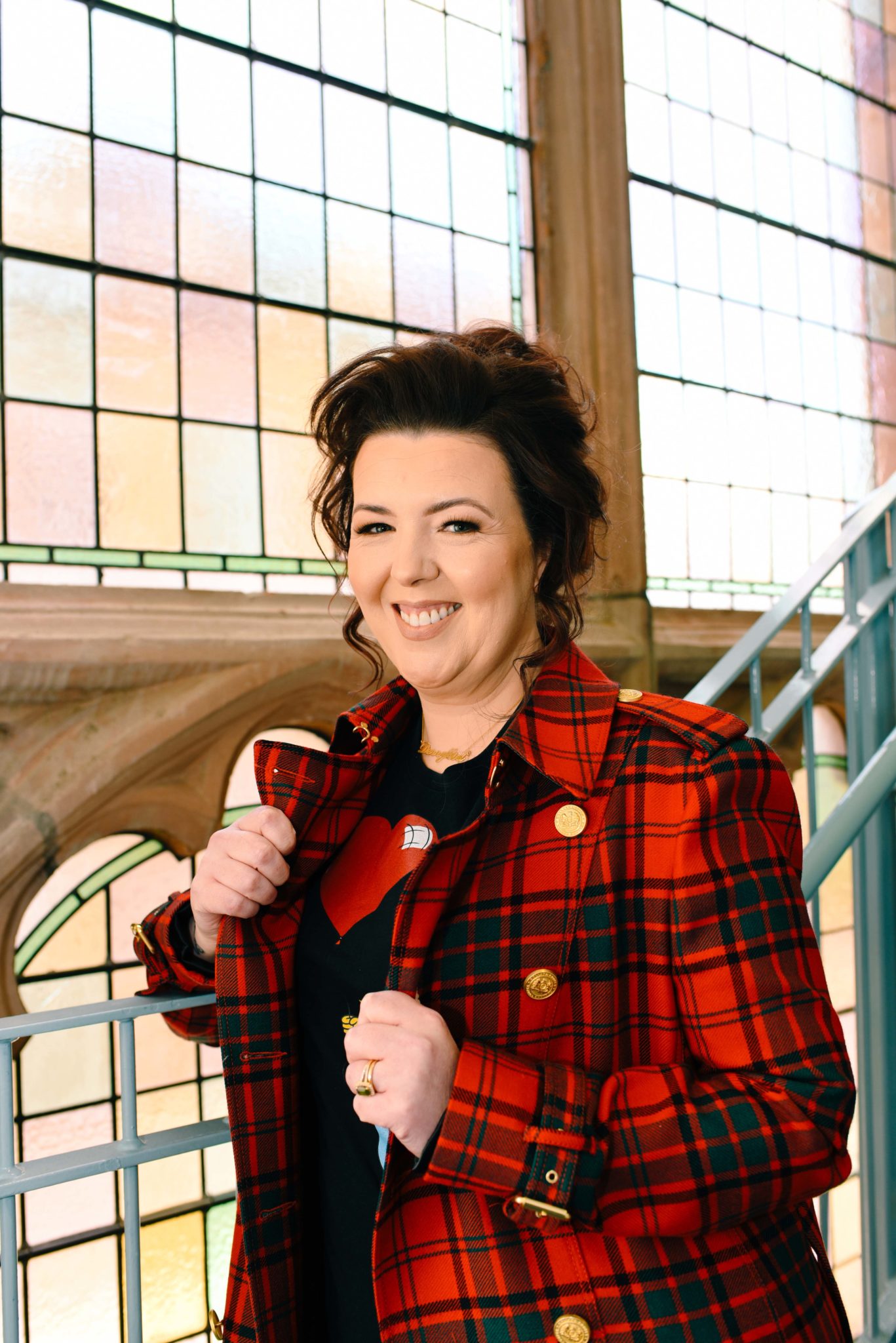 • Extracted from WHY CAN’T WE? The Story Of The Cranberries And Their Iconic Frontwoman Dolores O’Riordan As Told Through The Pages Of Hot Press. Get your copy of this limited-edition book, which is published in conjunction with the band and Dolores’ family, from shop.hotpress.com

Hot Press' TV Moment Of The Year: Derry Girls – "I can't remember half of the scene because I was just so distracted by Liam Neeson being sat across the table from me"
12 INTERVIEWS OF XMAS: Lisa McGee On The Unforgettable Final Season of Derry Girls
John Bird, British actor and comedian has passed away aged 86

Cillian Murphy, Graham Norton, Derry Girls nominated for UK's National TV Awards
Cillian Murphy and Siobhán McSweeney make a showing in the 2022 TV Choice Awards Shortlist nominations
The Shows Must Go On: 'The Sandman', 'The Plot Against America', 'Paper Girls' and more
Channel 4 CEO discusses Derry Girls in Digital, Culture, Media and Sport Committee session: "It was a very, very risky show to make"
Channel 4 announce film on the life and death of Lyra McKee
Jamie-Lee O'Donnell to explore Derry's past and future in Channel 4 documentary