Charlie Mackesy's best-selling book is getting a film adaptation set to premiere this Christmas.

The Boy, the Mole, the Fox, and the Horse, released in 2019 rose to unprecedented popularity during the onset of unprecedented times. The sweetly illustrated book that captured millions of hearts is now set to be turned into an animated film. Irish actor Gabriel Byrne is set to voice the horse. Known for his performance in works like The Unusual Suspects, End of Days, and Hereditary, the Dublin-born actor has also written two memoirs.

The animated production has a star-studded cast beyond just Byrne. The two of the other loveable characters are set to be played by Idris Elba (the fox) and Tom Hollander (the mole). A newcomer, Jude Coward Nicoll, will play the boy. JJ Abrams, who needs no introduction, will be the director. The score for the film will be the original work of Isobel Waller-Bridge, the older sister of Fleabag and Crashing star Phoebe Waller-Bridge. The British composer has worked on projects like the 2020 Jane Austen adaptation of Emma. and her sister's show Fleabag.

The original author of the story, Charlie Mackesy, has been working alongside the animation team says: "The journey of making the film has been a magical one. It’s so great to think the story will be in the nation’s homes this Christmas – and I really hope it helps bring comfort, love and laughter." 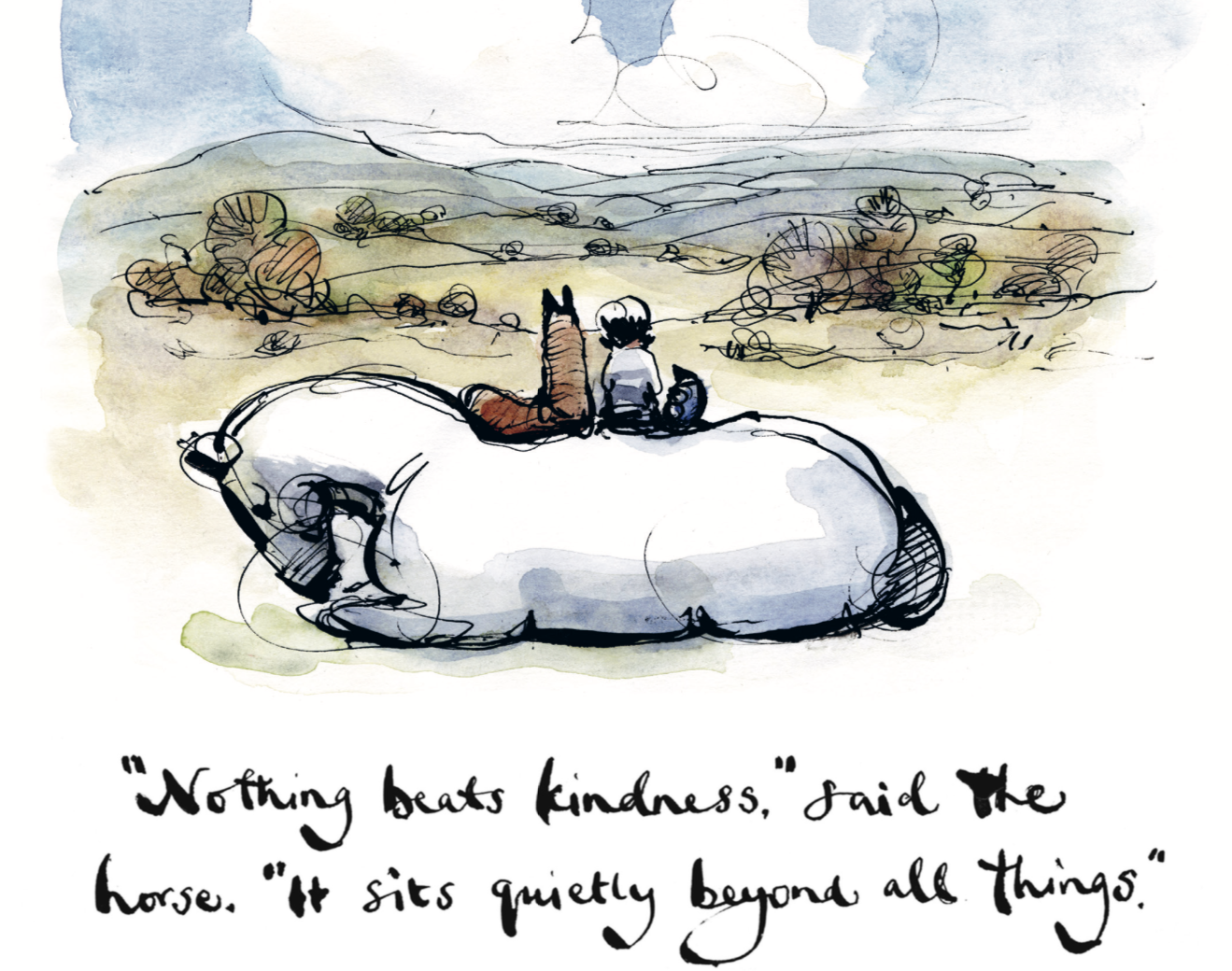 The Boy, The Mole, The Fox, and The Horse. By Charlie Mackesy.

The book follows the four characters through a meandering set of reflections, wonderings, and encouragements that refuse chronological order. The plot is less important than the tenderness, love, melancholy, and whimsy that the characters encounter together. Unable to be contained to a single section of the bookstore, this text has been housed in Children's lit, Nonfiction, Self-Help, Adult fiction, Art, and Philosophy sections in stores all over the world.

Macksey's work has been compared to that of A.A. Milne's Winnie the Pooh. It's a story of safe harbour for the turbulent times the world is crashing up against. Milne's enduring characters were introduced in between WWI and WWII in 1926 and had a similar boom of popularity as readers sought solace similar to our current politically, environmentally, and disease-fraught times.

Thankfully, we have a lovely Christmas gift to look forward to in the form of these charming characters coming to life.

Be sure to catch it on BBC One this December.