Sex Column: From A Whisper To A Shout - Women Like Sex
Sarah Richardson

And it is about time the whole world acknowledged it. Making sure that it does – that we all do! – has become a life mission for actor and playwright, Sarah Richardson, author of a new drama, entitled GirlPlay.

It started as a whisper. In the dark at a sleep over. A question that had begun to consume our minds, a curiosity that we couldn’t quite define, a panic as to who was going to cross that line. The silence lingers awkwardly in the air as we know someone is going to have to put it out there.

We wait for the sentence to be finished, for the confession to be unleashed, for that question to finally be asked.

We play dumb, although we all know exactly what she is asking.

And for a second it feels like all the air has been sucked out of the room, no-one moves, rigidly we lie in our sleeping bags, begging for someone to say something.

“Yeah,” a voice whispers in the corner, barely audible but it penetrates and pierces through the bubble of tension, which bursts into droplets of laughers, giggles pour out of each girl one after the other as we collectively start to say: “Yeah.”

OFFENDED WHEN I ASKED FOR ORAL

How commonly it is assumed that a woman will give head automatically without ever getting it in return. How frequently it is believed that women will cum from penetration alone. How worryingly widespread is the thought that women don’t enjoy sex, that women don’t want sex, that women aren’t sexual beings. That sex is a predominately male act, and the more I think about it, the more ridiculous this idea is, that one of the most basic human wants and needs is limited to half of the human race. That one of the most primal instincts humans hold doesn’t apply to 50% of the population. That something that connects us all isn’t connected to anyone with a vulva. 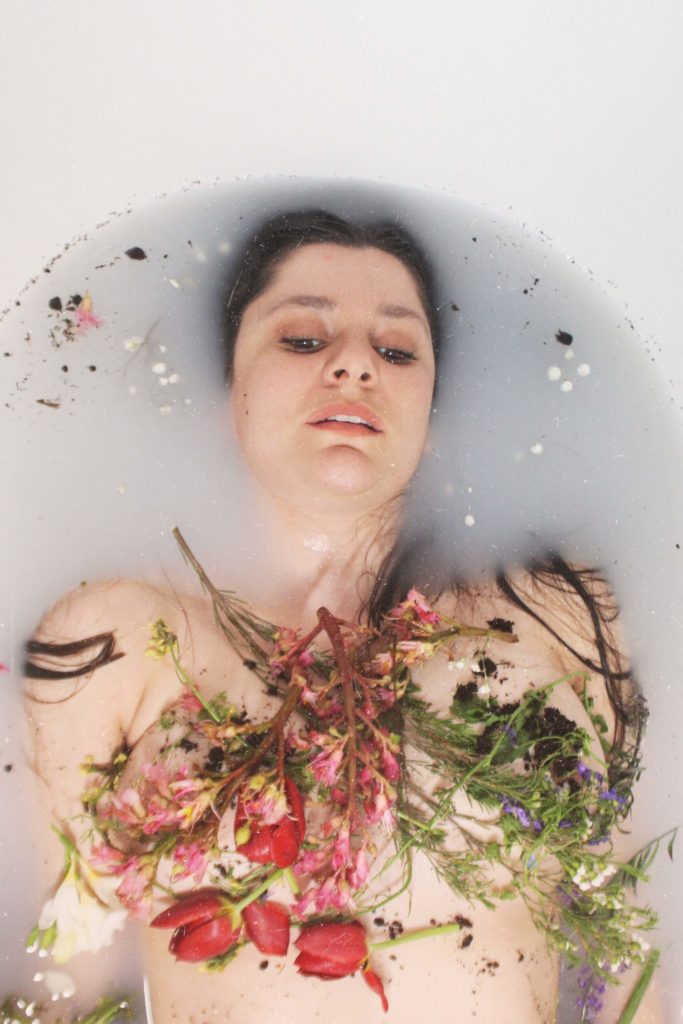 Over the years these thoughts picked away at me, and after different sexual experiences, from one man not even speaking but just moving my body to whatever position suited him, to another man actually being offended when I asked for oral, I started to realise how deeply these views are embedded and how much they have formed the foundation of our society.

A LIFE MISSION FOR ME

So I started writing and speaking and sharing my work that focused on female pleasure and sex – and my work was considered so ‘out-there’ that it pushed the boundaries and that I am a passionate sex-activist, which I am. I am proud to be a woman talking openly and frankly and maybe a little intensely about sex. I want to push the conversation further, past only talking about women as a place to rest your penis at night or attacking women for their clothing, for their lifestyles, for their sexual acts.

And it is has become something of a focus for me, something of a life-mission for me to get the message out there: that we want to be pleased sexually. To break the taboo that surrounds talking about women and sex. To bring the conversations out of the dark and shame where it started for me, and to turn the whisper into a shout. And this is where my next project was born from, as a part of Dublin Fringe Festival, my first full-length play: GirlPlay.

Written in the style of spoken word, GirlPlay is an exploration of a woman’s relationship with sex over the years, how it changes, how it impacts and how it defines her. This project it about shining the light and giving a microphone to the very simple fact: that women like sex. Hold the front page!

• GirlPlay by Sarah Richardson will premiere in Smock Alley Boys’ School from 17th-22nd September, as part of the Fringe Festival 2019. Tickets at https://www.fringefest.com/festival/whats-on/girlplay

Jillian Shea Spaeder: “Directing feels like a puzzle you’re trying to put together, and I love that process.”
How Ireland has embraced food truck culture during lockdown
St. Vincent announces new album 'Daddy's Home'
Covid-19: The future of live music in Ireland
PREMIERE: Conor Scott shares lyric video for new single 'Life Now'
Sligo festival Wild Roots pushed back two months, announce new acts
We use cookies to ensure you get the best experience on our web site - by using this web site you consent to our use of cookies. Read more »