Historically Irish people ate a lot of seafood. But, for all sorts of reasons, that connection to the sea, and the wonderful riches it has to offer, faded away here.

We lost a huge amount of our knowledge about the sea, and about fish, after the famine, which had such a devastating effect on Irish people and their relationship with food. As a result, the range of fish you could buy here in the Sixties and the Seventies was very limited, with whiting and smoked cod and imported tinned salmon dominating.

I was born and raised in Dublin, in the restaurant industry. I’ve been a chef all my life so I was much more aware of food than most kids. But I worked abroad when I was younger, and so when I came back to Ireland 18 years ago, I was really peeved that I wasn’t able to get the seafood I was used to cooking on my travels all around the world.

It’s crazy when you think about it. When we go to Spain or Portugal, we’re all over sardines, sea bass, prawns and so on – so it’s mad that when we come home these options are either not available, or when they are it’s a big deal, too expensive and often just a bit stuffy. 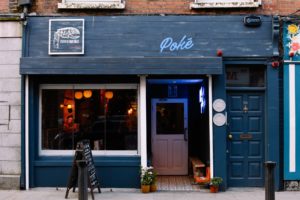 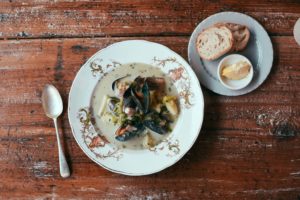 Because I always loved fish, and wanted to cook really good fish, I started to source it myself. Bit by bit, what started as something I’d do for my own restaurants grew – and so, about five years ago, I decided to go completely self-sufficient. I started a company called Sustainable Seafood Ireland. The whole purpose was to get as close to the original source as I could. I want to be sure that I can stand over the quality of my seafood, knowing it’s sustainable and coming off really good boats.

As a result, all the cool cats in town, who are passionate about their food buy off us: I’m thinking about really great restaurants like Bastible, Clanbrassil House, Fish Shop, Airfield House, Glovers Alley, and so on. I don’t want to try to give a complete list, but the way in which this business has grown confirms that Ireland really is developing a fresh appetite for quality fish. That’s something I am really thrilled about. 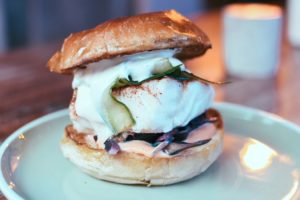 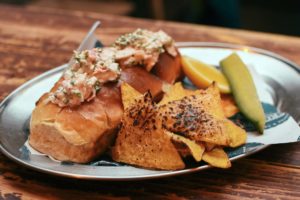 In terms of my own restaurants, I have three offerings at the moment. What we’re trying to do in all three is to bring a taste of the sea to the city.

There’s Klaw in Temple Bar. That’s been going for about three years. It fits about 12 people and has this immersive, informal crab shack vibe, where you’re literally in the middle of all.

Then I have Klaw PoKe on Capel Street. Poke is a Hawaiian sashimi rice dish made with raw fish, and it’s super healthy. It’s recently become this huge international food trend, but I didn’t adapt it because I thought it was trendy. I just saw that it was a great vehicle to get more and more people eating seafood in a creative and innovative way.

Lastly, we have Klaw The Seafood Café which is my take on a more traditional approach to seafood. You’ve got fish and chips, po’ boys from Louisiana, lobsters, and whole grilled fish. It’s inspired by our Atlantic cousins and has Portuguese and Spanish mediterranean influences. They’re very different offerings – but all based around a super casual and relaxed vibe.

One of the issues we have to deal with – and that we are dealing with – is that seafood in Ireland had become this really posh affair. Oysters are such a great food, but they were always seen as the preserve of people with lots of money. So where seafood was available in restaurants, it usually came with crisp white linen tablecloths and massive wine lists. That’s great in its own way, of course, but part of my mission is to take the ‘posh’ out of it for people who are into more casual dining.

We want our customers to rock into our restaurant at happy hour, have a 1 oyster, and maybe a beer. 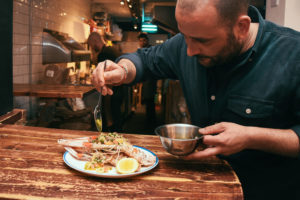 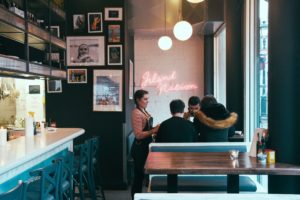 Sea in the City

With that in mind, we teamed up with two guys based out in Finglas, called Hopfully Brewing, who helped us come up with our own signature beer. In so many ways, what we are doing is on the same wavelength as the guys who are behind the craft beer revolution – which is a philosophy based on using great Irish ingredients to produce wonderful local culinary experiences. And it is also about opening people up to new tastes and new food experiences.

Alongside the traditional staples, there will always be some unusual fish on our menu. It’s all about learning more and tasting more. It pushes everything on and it means that we aren’t eating the same three or four fish all the time. 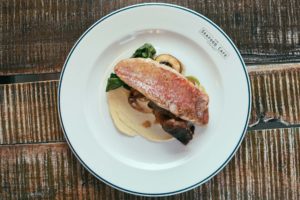 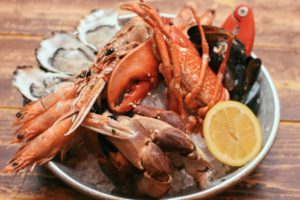 In addition to the three restaurants, I have an idea that’s been brewing for a while called the Urban Monger, where I want to bring a fishmonger’s shop back into the city – but flip it on its head and make it a lot more immersive. I’m imagining the kind of place you’d see on the continent, where you can walk in and grab live prawns and talk to the fishmonger in a really comfortable environment and they’ll even cook it on the spot.

We are an island nation. There is great fish available to us, if we know how and where to source it. Irish food has come on in the most extraordinary way over the past couple of decades – and that is a huge part of what makes this country a wonderful place to live in, and to visit.

Fish is becoming an ever more important part of that story. Long may it continue.

Galway Film Fleadh presents Solstice, a selection of Irish films
'I've never had an encounter with a nun. Knowingly. They may have been in disguise': Siobhan Sweeney on Sister Michael
Actress Jessie Buckley talks about suffering panic attacks on set

Best of Ireland 2019: Jessie Buckley graces the cover of our annual issue
MAKAN ABSOLUTE ASIA
Jacques
IYER’S
Greene’s Restaurant
Glebe Gardens
We use cookies to ensure you get the best experience on our web site - by using this web site you consent to our use of cookies. Read more »