Culture Night: How Belfast Does It Differently
By: Peter McGoran

Hot Press was invited up to Belfast on Friday to get a taste of how the team at Culture Night Belfast had put together the 10 Anniversary of this event. What followed was a prime example of how this city is beating the odds and putting a positive spin on itself.

You’ll know by now about the glorious hidden alleyways which thread Belfast’s city centre together, opening up onto quirky restaurants, well-established bars or cosy coffee joints. If you haven’t been, you'll want to get a sense of it here.

You’ll also perhaps know about the huge tourism drives, the culinary revolution sweeping the city, and the always friendly, always welcoming people. Belfast is a tourism no-brainer any day of the year. But imagine for a second there's a music stage at the end of every cobblestone street, jugglers, street performers, street artists, tap dancers, and gospel choirs everywhere you turn, bunting decorated shopfronts and streets (the non-controversial kind, mind...) 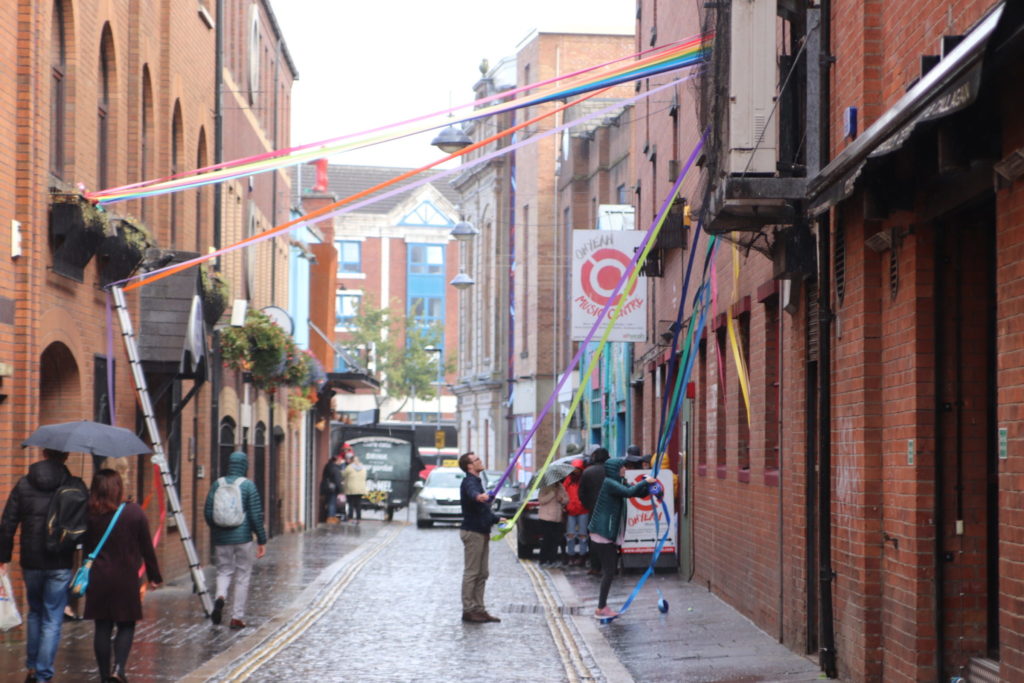 This is Culture Night Belfast. Conceived 10 years ago from what was, essentially, a modest arts and crafts day-out, the event has gone on to become the biggest evening in the city’s cultural calendar. It's done that by withstanding the odds, year after year. Despite cuts to funding, historic building fires shutting down arterial routes in the city, and numerous other difficulties, it continues to bring out approximately 100,000 people each year.

The reason for its success is largely down to a dedicated Culture Night Belfast workforce and a city of artists, musicians and performers who have rallied behind this event.

By mid-afternoon, Culture Night is already in full swing. The main thoroughfare of Royal Avenue is pockmarked with stages on the middle of the street. We take note of where to venture to later on as we make our way up to the grounds of the City Hall. Our first port of call is the Culture Night Belfast 10th Anniversary party out on the lawns of City Hall itself. There, we find ourselves dancing to pulsating African rhythms courtesy of Inter Cultural Community Development Foundation. 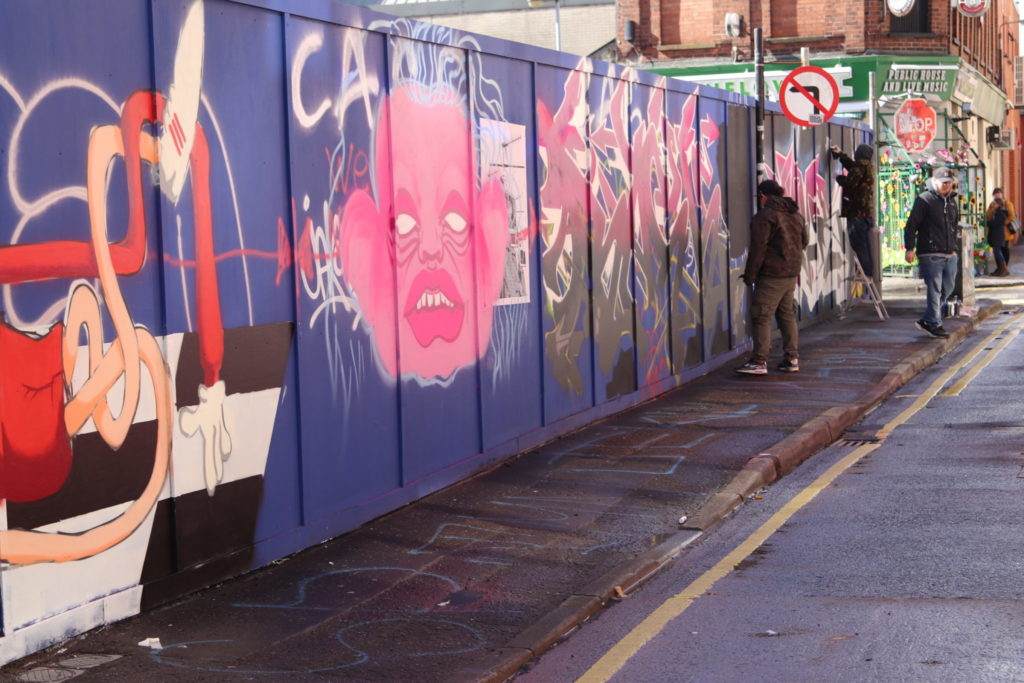 Criss-crossing the streets before the night begins proper allows us to casually wander upon some of the street art on display. Most notably, the ‘Hit The North’ blitz of colour around the much-loved Sunflower Bar, and the dressing up of the “Belfast Buoys” (pictured below), prove to be some of the visually aesthetic highlights of the day. 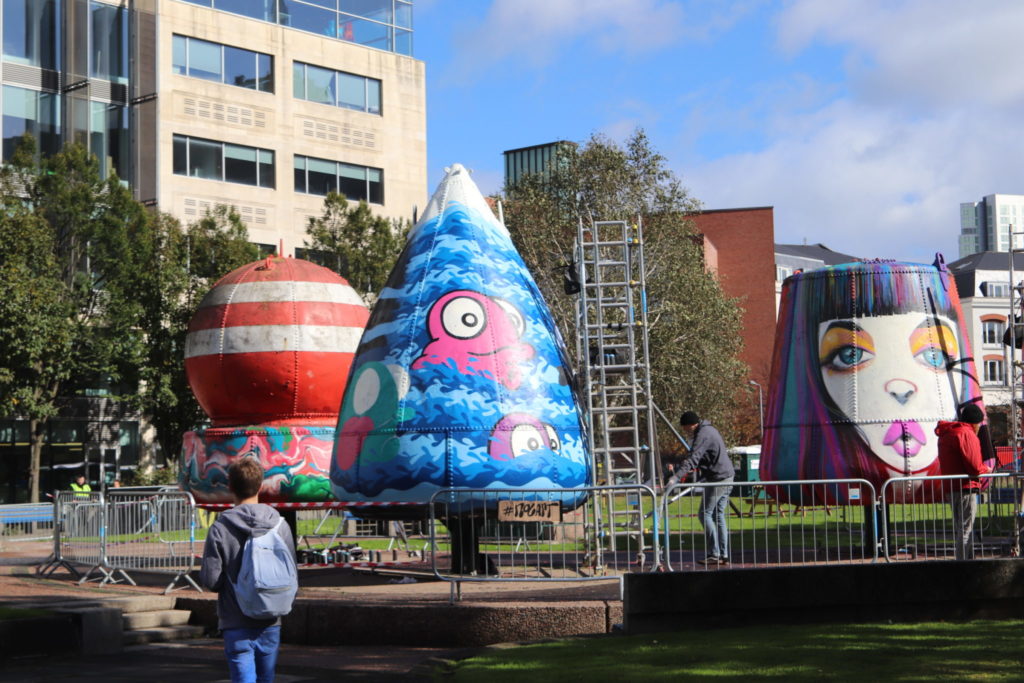 Dinner is at Bullitt Hotel. One of the upstarts on the Belfast cultural/culinary scene, Bullitt only opened its doors two years ago and has already developed a reputation for being everything at once; it's a hub for local music, it features a trendy courtyard bar on the ground floor and dazzling roof-top one up above, it offers a fine-dining experience that lives up to that adjective, and - yes - there’s somehow a 74-room hotel going on in the middle of all this.

Added to that, on Culture Night the restaurant serves as a shotgun wedding venue for those looking to get married by Elvis Presley (yes, the real one) in his thrown-together Chapel of Love. Naturally, I'm fending off offers of espousal all round me (...), instead settling for breaking bread in Bullitt’s Taylor & Clay restaurant. On the menu was a delightful Pea & Almond Soup, dressed up to the nines in a rustic stone bowl and served with sour dough bread. For the main, lamb chops grilled to perfection and firepit vegetables which found their complement with a tasty smoked yoghurt. For 'desert', an Espresso Martini to wash it down.

The damage? Take a look yourself. Far be it from us to point out, but it's a hell of a lot less expensive than you'd think given the superb quality of the food and service. 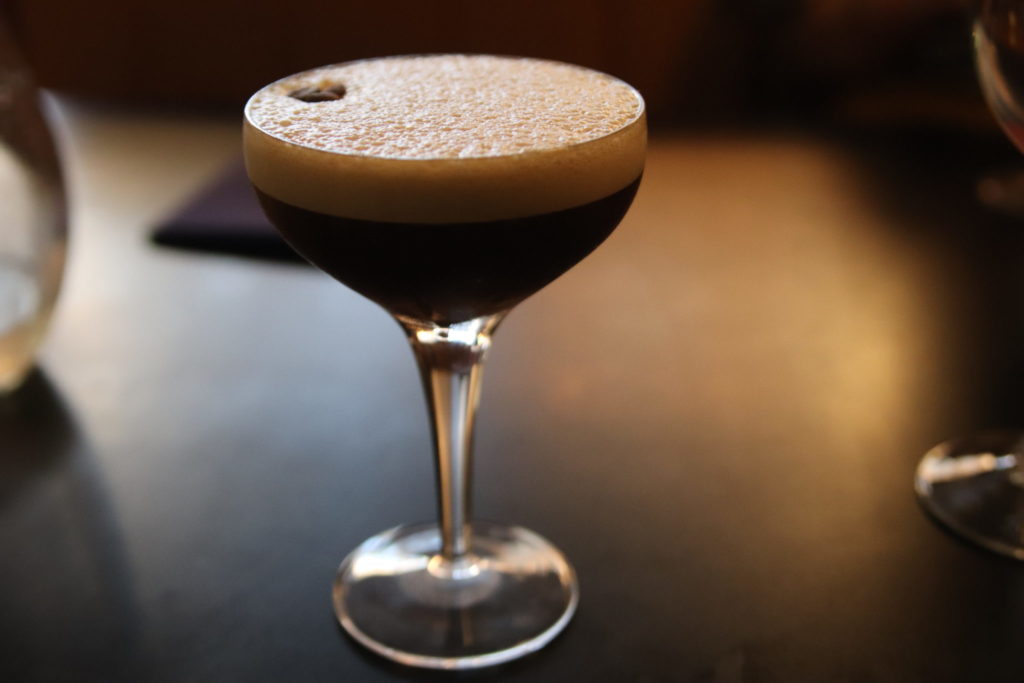 By the time we’d left, Culture Night was in full swing around us. One minute you’re rubbing shoulders with Ceili dancers and street buskers, the next you’re watching North Belfast-based soul singers firing shots at their 'haters' while competing with the racket from pro wrestlers fighting for the Culture Night Belt (this is apparently a very, very big deal).

At around half 7, we retire to St. Anne’s Cathedral for a performance from the Ulster Orchestra. The acclaimed mezzo-soprano Margaret Bridge finds her voice amongst the swell of Debussy, Mussorgsky and Falla. It’s a truly moving performance that seems all the more rousing given the iconic location and the nature of the night itself. 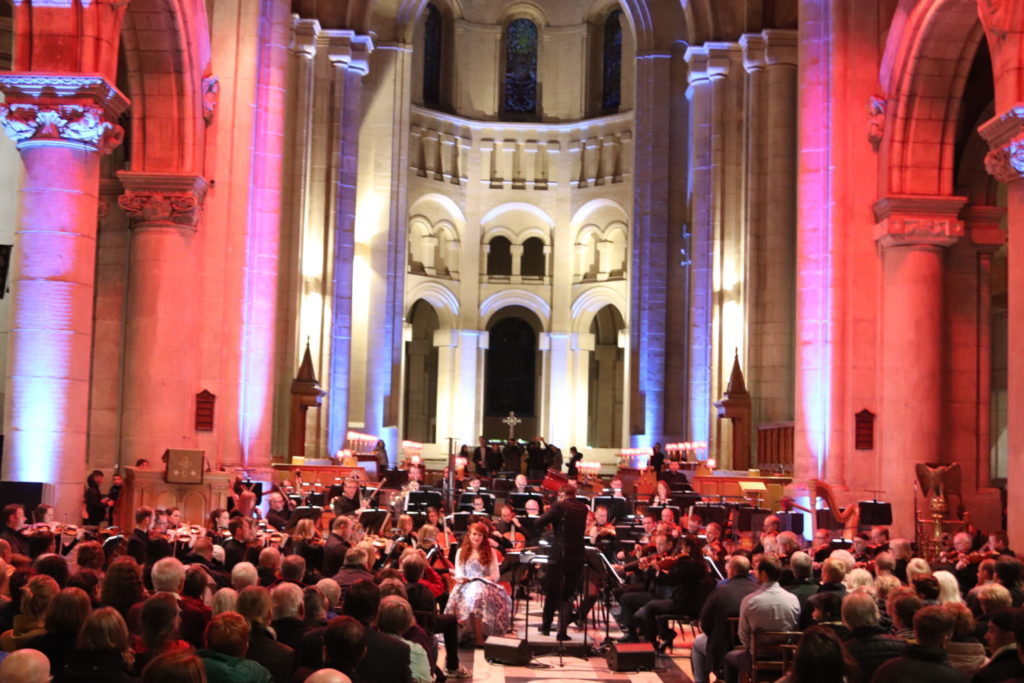 Outside the Cathedral, the highlight of the evening begins. Through the use of projection mapping onto the front façade of St. Anne’s Cathedral, the crowd watching from Writer’s Square are treated to a kaleidoscope of colour and sound, with images and songs reflecting this year’s Culture Night Belfast theme – Love. The effect, as you can see below, is truly stunning.

The city of #Belfast was a-light this #CultureNight as crowds gathered at St. Anne’s Cathedral for a stunning light show, projected on to the famous façade and steeples of the building. . Thanks to Power NI, Northern Ireland’s leading electricity supplier, thousands of Culture Night visitors gathered in Writer’s Square and enjoyed a light and music show which portrayed the years of generations that have been powered by the company in #NorthernIreland. . Power NI’s #LightingUpGenerations show was a tribute to how Belfast has changed over the years, showing a young girl and her grandfather travelling through time from the 1930s to present day, and also marked the 10th anniversary of Culture Night Belfast. #CNBX #culturenight2018 #culturenightbelfast @powerni #love

After it ends, there’s a quick stop off to sing- and dance-along with the Belfast Community Gospel Choir for a few soul tunes. By the time they’ve finished, it’s apparent that most of the action has moved from outside on the streets to the inside of Belfast’s finest watering holes. We move to the aforementioned Sunflower Bar, which is packed to the rafters, before catching some of a rowdy session in new venue The Bear & Doll, before finally settling into the Black Box’s Green Room for some down time. It’s worth stating just how compact and convenient it is exploring Culture Night in Belfast. You could do a loop around all these Culture Night hotspots in around half an hour and still fit in a pint during that time...

The night ends at the Oh Yeah!, a venue which has become the nerve centre for the music community in Belfast. An outdoor party arranged by AVA Festival organisers, a performance from the Ulster Orchestra, and a salvo of emerging Northern Irish artists put together by the Thin Air mean that there’s a lively buzz from the place by the time we’ve settled there. We’re just in time to catch a bit of the wonderfully named Hobbywhore Crappyoke (Crap-E-oke, geddit?) do some interesting reimaginings of your favourite hits. As with all karaoke ever, it goes down an absolute storm.

The night finishes proper in the confines of the AC Marriot Hotel. A new addition to Belfast’s ever-improving Docklands Area, it’s as luxurious a stay as you could ask for it a city, with amazing views of the Titanic Museum, the SSE Arena and the Belfast Lough. It's offers handy enough access to the likes of the Cathedral Quarter without being right in the midst of it, which will no doubt appeal to a lot of people.

If the night taught us anything, it’s that the Culture Night brand isn’t confined exclusively to Dublin, nor any other city, and that having such a successful event in Belfast is clearly viewed as a city-wide victory for many people who thought this night would be squeezed out of existence. But contributions from the organisers, from the artists, from the public themselves, have meant that this night has become an unexpected triumph, and it seems like it will continue to be for the foreseeable future.

Affordable hotels, restaurants galore, a broadening tourism sector and easily the friendliest people in the world, you could do a hell of a lot worse than putting Culture Night Belfast on your calendar for next year.

For more details, go to culturenightbelfast.com

Film Review: Ant Man and the Wasp
Thousands turn out to protest march for Black Lives Matter in Dublin
An Open Letter From Artemis Fowl To The Young People Of Ireland
Lockdown Is Hitting Children In Direct Provision Particularly Hard
Book Talk: An anti-racist starter list
Inhaler release psychedelic music video for 'Falling In'
We use cookies to ensure you get the best experience on our web site - by using this web site you consent to our use of cookies. Read more »