The Aegean island of Lesbos has become notorious for housing devastating refugee camps, filled with poverty and hopelessness. Last year, the island hit the headlines once again after the Moira camp was deliberately destroyed by residents protesting their living situation and squalor during the Covid-19 outbreaks.

In December 2021, Greece had announced that a new, permanent "up-to-standard reception centre" on Lesbos will replace the temporary Mavrovouni camp by September 2021. The European Commission said it will support the Greek government with the building project, pledging €276 million for the construction of new camps on five of the Greek Aegean Islands (Lesbos, Chios, Samos, Leros and Kos) in late March.

Work on the new camp has yet to begin, with refugees still living in totally undignified circumstances.

Fellipe Lopes has been reporting on the island, curating photo essays and documentary footage while working with Greece's The Hope Project to support refugees. The Brazilian national has made Ireland his home for the past number of years, working on communications for renowned NGOs and non-for-profit organisations. One day at the Mitilini camp, Lopes was walking with his Syrian friend in Mitilini and met Muhamed, who is also from Syria. His deeply moving story has been told in a short documentary, premiered below by Hot Press.

Back home, Muhamed, lost his leg and his two sons in the war. After a long journey from Syria to Lesvos, he now lives in a support house, where he has been waiting for almost a year for a complex surgical procedure on his leg and a resolution in his case. The rest of his family waits in Syria.

Unfortunately, many asylum seekers on Lesbos are now at risk of being detained and ultimately deported. While they wait in total uncertainty, they endure inhumane living conditions every day, and their sense of desperation is increasing. How could it be otherwise? These people have endured much in fleeing their homes and on the extremely dangerous journey to Europe. Once they arrived here, humiliation, lack of solidarity and disrespect became a recurrent theme in the lives of many seeking a better life.

Now, with the addition of Turkey to the list of "safe" countries, they feel that they are being betrayed again. Sadly, it is impossible to disagree.

Watch the short documentary from Fellipe Lopez in full below:

To read more about Fellipe or explore his work, visit fellipelopes.com. 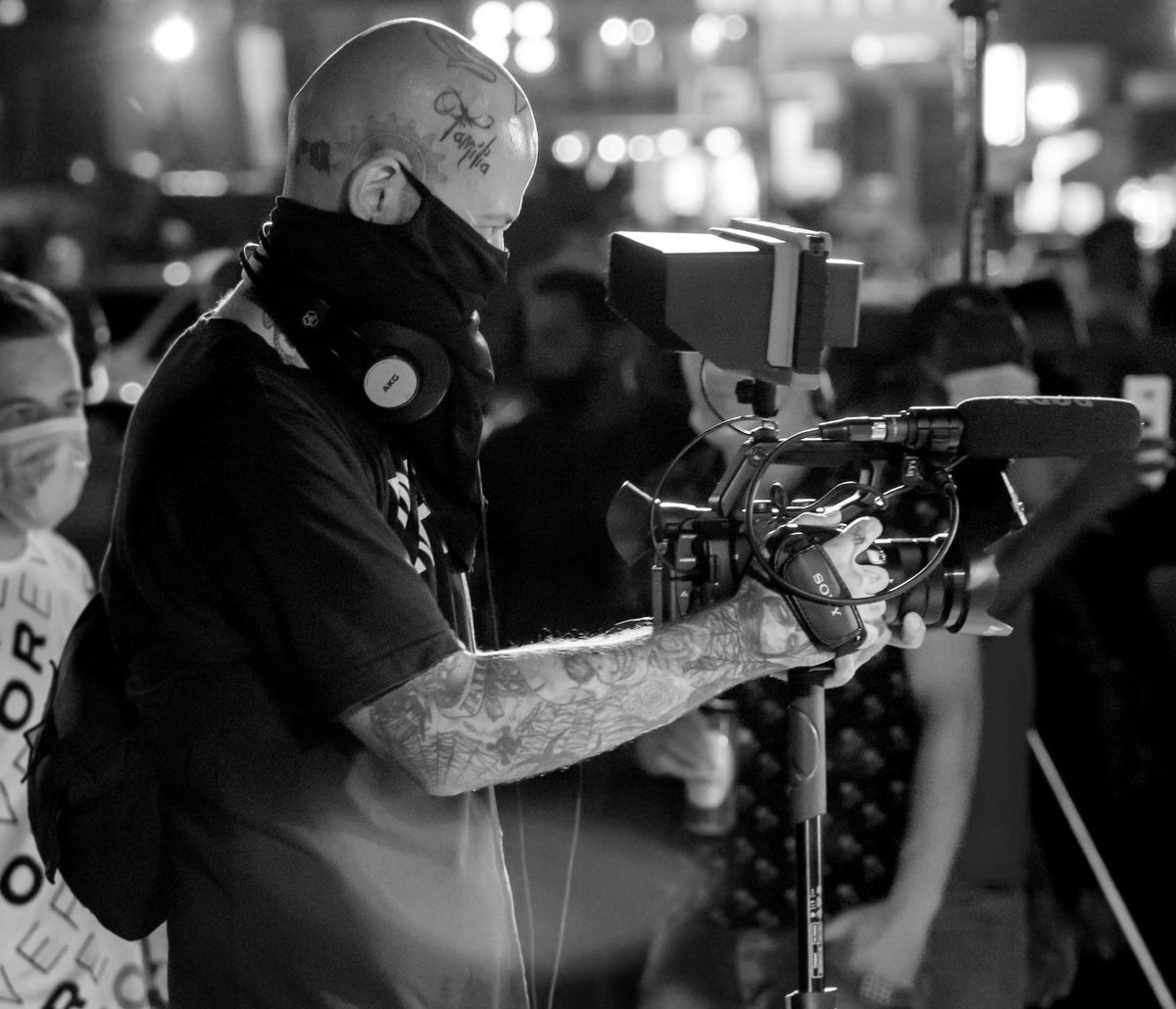 Aimée performs 'What Are You Doing New Year’s Eve?' as part of 'To Be Irish' with Hot Press
Hot Press unveils Fia Moon's 'To Be Irish' at Christmas cover of 'Silent Night'
Somebody's Child at the Button Factory (Photos)
Kawala at The Academy (Photos)
Tolü Makay at The Grand Social (Photos)
WATCH: Afghan Refugees on the Greek Island of Lesbos Hold Solidarity Rally