DKIT is the perfect place to kickstart your career in the creative industries, and 2023 is the year to do it.

Dundalk Institute of Technology’s Department of Creative Arts, Media and Music is home to an exciting and innovative range of programmes – at both undergraduate and postgraduate level – with highly regarded, practical courses in creative media, film and TV production, audio technology, music and theatre.

Students at DkIT have access to state-of-the-art facilities, including a full 4K TV studio, recording studios, performance spaces, and discipline-specific lab spaces. There’s also a strong emphasis on collaboration – with opportunities to work with fellow students in other creative disciplines, and with partner universities across the world.

One alumnus in particular, Conor Walsh, sings its praises. Creating music under his wornoc moniker, the 2019 graduate of BA (Hons) in Music is currently showcasing his rich talents to huge critical success.

Throughout his studies, Walsh demonstrated his suitability for a career in music, but lockdown awarded him the time to write and produce his debut album Motionless - which was released in early November 2022. A brilliantly imaginative mix of post-rock and electronica, it’s one of the most exciting homegrown releases of recent times.

Conor was 25 when he chose DkIT to gain his undergraduate qualification. He felt that Dundalk offered a challenging, diverse course that incorporated composition, technology and music education, exactly what Walsh wanted in his degree.

Expanding his horizons, he says: “I got  incredible opportunities to travel to Norway, Belgium and Portugal through the STEAM program. Experiences from these DkIT trips will forever stay with me.” Catch his headline tour at Monroe’s in Galway on February 24th, and Fred Zeppelin’s of Cork on February 25th.

Film and Television Production graduates have gone on to work on HBO’s Game Of Thrones, and be employed by prestigious production companies, as well as BBC, TV3 and RTÉ. DkIT’s Music graduates have also enjoyed successful careers as touring musicians and recording artists, earning several national and international awards. Their Creative Media graduates, meanwhile, are working in a wide range of jobs, including Graphic/Digital Design, Web Design, Social Media, PR and Marketing.

Whether you’re applying through the CAO as a Leaving Certificate student, or you’re interested in upskilling through a Postgraduate, Springboard or Flexible/Professional course; Dundalk Institute of Technology is a brilliant choice. 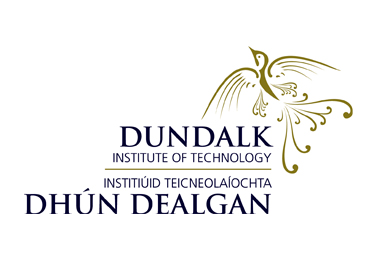