In September 2020, interactive theatre company Punchdrunk staged a 12-hour live broadcast from Osea, an island in the estuary of the River Blackwater in Essex accessible to land only at certain points during the day.

The Third Day was a creepy, unfettered gaze into the post-Brexit English soul – starring Jude Law as a Christlike figure made to suffer for his (non-specified sins) by a Wicker Man-esque cast of islanders.

But Law wasn’t the only celebrity drawn to the isolated bleakness of Osea. Around that same time, Michael Omari – aka grime icon Stormzy – was en route for a lockdown writing session ahead of his third album. The fruits of those lonely months of Stormzy brainstorming have now been shared with the world, and they are stunning confirmation of his status as one of the singular voices of his generation.

After becoming the first Black British artist to headline Glastonbury, Stormzy could have followed the mega-star route success to the top. So it is telling that This Is What I Mean is not the barn-storming, look-at-me victory lap others in his position might have made.

Perhaps some of that Osea introspection trickled through because this is a down-tempo, thoughtful and often bleak affair. Speaking to Louis Theroux recently, Stormzy was upfront about the burdens of fame. Likewise, the sense throughout This Is What I Mean is of an artist whose wildest dreams have come through – and who is now taking a step back and assessing if it was worth it all. 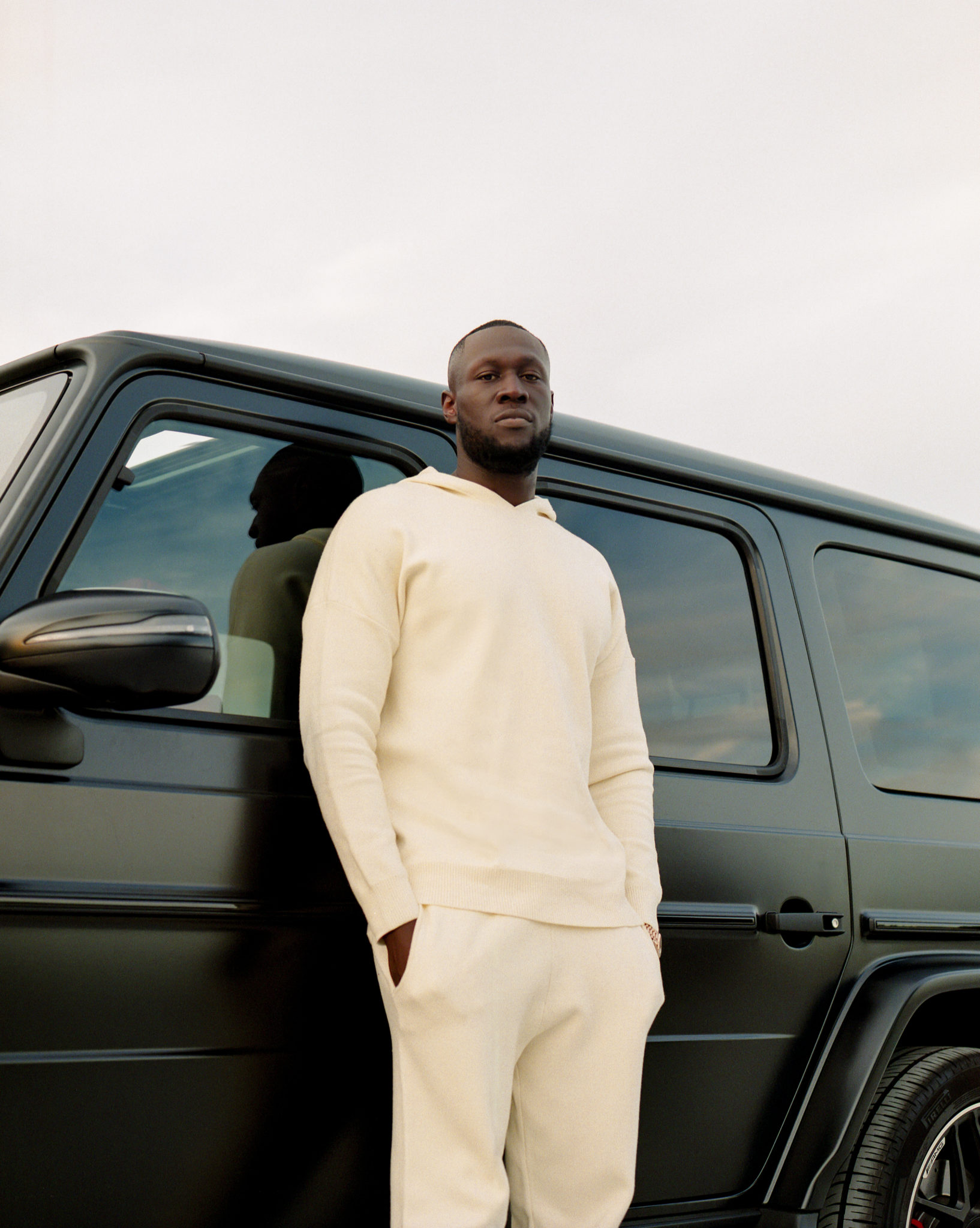 It begins with the down-tempo, ‘Fire + Water’, melancholic piano backing a soul-searching vocal from Omari, who ruminates on a romance that slipped away.

“I know I brought a world of pain you could've did without,” he declaims against the down-tempo jazz. The assumption will be that he is addressing his ex, TV presenter Maya Jama, from whom he split in late 2019 (in that Theroux chinwag, it was obvious Stormzy was still pained by the breakup).

Stormzy isn’t just here to mooch, though The tempo is cranked up on the title track, which contains the zinging line, “I think I’m Kanye, mixed with Donny Hathaway”.

Still, This Is What I Mean ultimately feels like transitional Stormzy. There are highs: ‘My Presidents Are Black’ blends grime and neo-soul and finds Omari wrestling with his status as generational spokesperson (Should've left me out the politics/All I know is fetta cheese and dollar chips).

But much of the record – which features cameos from up-and-comers Ayra Starr, Amaarae and Debbie Ehirim – is rigorously downtempo. And it ends as it began, with the ennui-laden, piano-fuelled ‘Give It To the Water’ (featuring a wrought lead vocal from singer Ehirim). Stormzy, back on Osea, is staring into the mists, wondering what it’s really all about.

Key Track: 'Give It To The Water’