With their seventh studio album, The Other Side of Make-Believe, released earlier this year, legendary New York rock band Interpol make their much-anticipated return to Ireland for the first time in over four years this summer.

The rock outfit will play The Summer Series at Trinity College Dublin on Friday, June 30. 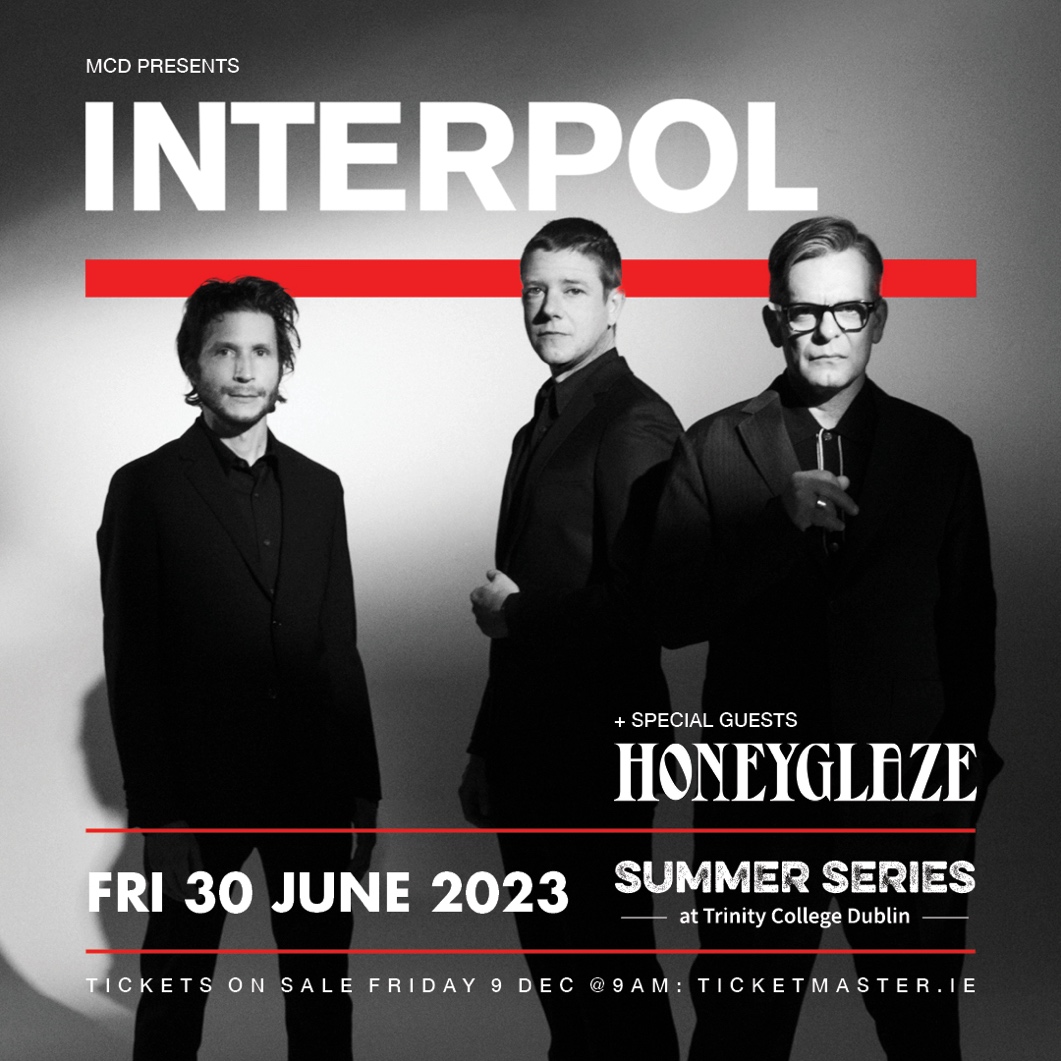 Now a three-piece, the group are back and better than ever with The Other Side of Make-Believe breaking fresh ground for the group. Parallel to exploring the sinister undercurrents of contemporary life, Interpol’s new songs are imbued with pastoral longing and newfound grace. Likely to catch long-term fans off-guard with their evolving sound, “there’s always a seventh time for a first impression,” Banks said.

The Other Side of Make-Believe began remotely across 2020, with the band reconvening in early 2021 to flesh out new material at a rented home in the Catskills. Interpol eventually completed the new album later that year in North London, working for the first time with production veteran Flood (Mark Ellis), as well as teaming up again with former co-producer Alan Moulder.

The group have since also released a six-track EP titled The Black EP to further understand and study this evolving sound.

With support from South London-based trio, Honeyglaze, the rocker's return to Ireland to play the annual Trinity College Dublin's Summer Series this June, with tickets on sale Friday, December 9.

Check out the outfit's latest offering - the single 'Fables' - below.

WIN: Ticketmaster Ireland Gift Card Worth €150
Five Croke Park gigs "going ahead" after meeting with local residents
Re-opening of Ireland Gathers Pace Following Announcement by Taoiseach Micheál Martin
Concerts and other mass events are only "as risky as going shopping" according to initial data from UK Covid trials
Irish Anti-Ticket Touting Legislation Approved Today by Cabinet with Fines of up to €100,000 for Breaches
Five experimental concerts with restrictions to take place in Luxembourg