Ciara Kelly: From GP to Newstalk presenter, and her love for Dublin
Roisin Dwyer

Doctor-turned-broadcaster Ciara Kelly talks about her successful transition from GP to Newstalk presenter; her love of Dublin; and her favourite spots around town for eating, drinking – and taking exercise!

“I grew up in Greystones, but my family on both sides would be Dublin,” reflects Dr Ciara Kelly, sitting in Brooks Hotel, on Drury Street, in Dublin city centre. “My parents, my grandparents and my great grandparents were all real Dubs. As soon as I came into my twenties, I moved back up here. I love the feel of a city, the energy, the buzz!”

Ciara has just finished her successful daytime radio show on Newstalk, and is happy to spend time waxing lyrical on the joys of the capital. She spent nine years in college studying commerce and then medicine, before working as a GP in various locations around the city.

“I never lived further than a 10-minute walk or cycle from Stephen’s Green or the city centre,” she remembers. “I always loved living in town, waking up in the morning and going for a walk, getting the paper and meeting someone over brunch.”

“It was all very accidental actually!” she laughs. “About a decade ago, my daughter was friends with a girl whose mother worked for the Sunday Independent. One day she asked if I would write something. I was terrified of the thought of it! I’m just a GP in the suburbs, why would I do that? And the rest is history, because I wrote one thing, then another. Then I did radio and TV and now here we are. I quit my job!”

Ciara and her husband now live back in Greystones with their four children, but she works and spends most of her free time in the city. “My favourite part of town is between Dame Street, George’s Street and Grafton Street, all the way up to Camden Street. I love that part of town. I’m kind of an urban creature, so I like meeting people and talking to them.” 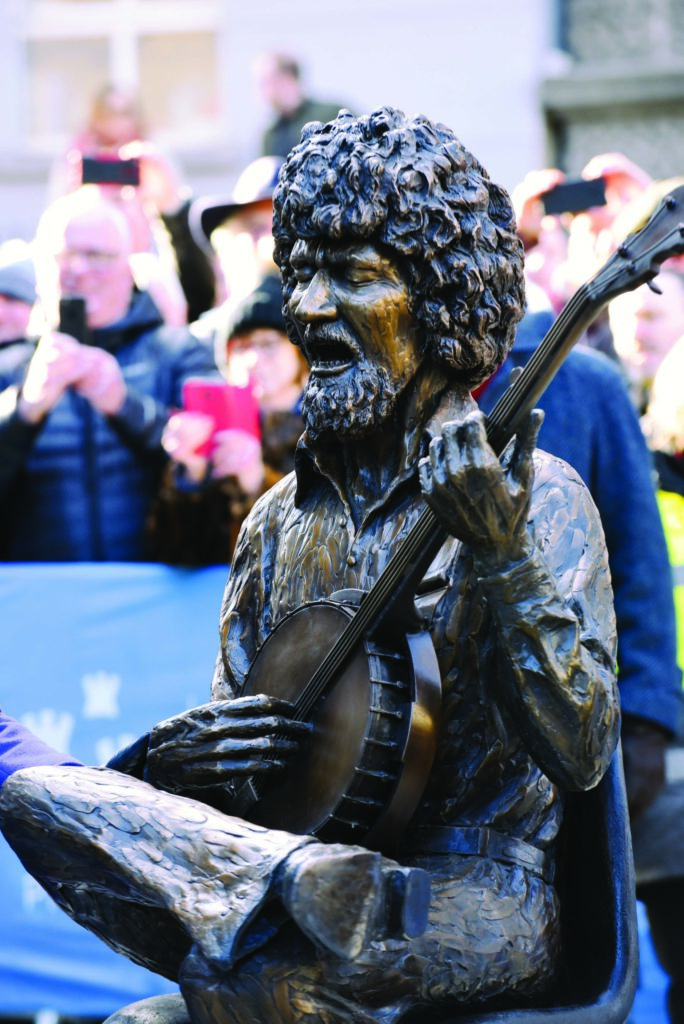 Most of Ciara’s favourite eateries are located in this area.

“I love hot and spicy food,” she enthuses. “One of my favourite places at the moment is Pickle (43 Camden Street, D2). They do a sophisticated style of Indian street food. It’s fantastic. I really like Fade Street Social (4 Fade Street, D2) too, and L’Gueuleton (also Fade Street) is really nice as well. When I say this is my stomping ground, I really mean it!”

For lunch or brunch, Ciara would opt for The Green Hen (33 Exchequer Street, D2) or Bewley’s (78-79 Grafton Street, D2). Meanwhile, in terms of nightlife, she tends to follow her colleagues’ lead.

As a mother of four, Ciara agrees the city has lots of offer all ages.

“I’ve had a lot of fun in the past few years in the Natural History Museum (Merrion Street Upper. D2) – The Dead Zoo is a brilliant place to take your kids, I absolutely love that. I also brought my kids, on more than one occasion, on the Viking Splash tours and that’s really good. The most exciting thing is when you’re driving into water and you’re thinking, ‘This is all sorts of wrong’ – it’s terrifying! And I really like the EPIC museum (CHQ Building, Custom House Quay, D1) down on the quays. It’s so cool, it has some really interesting exhibits.

“I think Dublin architecture is gorgeous; I love the Four Courts and the Custom House. Trinity College is obviously really beautiful. Any time I have anyone staying over, I always drag them to Trinity and make them walk through it. Plus, the Book Of Kells, which you can view there, is phenomenal.”

Her day-job may be all talk, but Ciara has a huge grá for music, and a special place in her heart for Dublin artists.

“I love Damien Dempsey and Imelda May, they’re both really good,” she says. “Last weekend I was listening to Fontaines D.C. who I think are great, and I like Inhaler too. Actually, Eli was in school with my son and they became friends. They’re a lovely bunch of lads. My sister-in-law is in a great band called I Draw Slow. She and her brother David write all the music.”

She also has huge admiration for Luke Kelly and Phil Lynott, whom she would regard as two of her Dublin heroes.

“I also have to mention Noel Browne here. He was an amazing man, who did a huge amount to change the perception of how we treat women and children.”

BLOWING THE COBWEBS AWAY

The wellbeing of others has always been central to Ciara’s life, and on a daily basis, she dispenses helpful advice to listeners around the country.

“The decision to give up medicine and become a radio broadcaster was quite a dilemma,” she states. “But I’m really glad I did it. My view on it is to do it now and see where I end up.”

As a media personality, Kelly has also loaned her voice to some very worthy causes.

“I spoke at a protest to do with General Practice outside the Dáil,” she recalls. “Someone came up to me after, and said I was the first female doctor to protest outside the Dáil. I liked that idea!”

Ciara was also in the public eye recently with her 100 Days Of Walking campaign. Designed to get the country up and moving, it highlights one of the capital’s great attractions: that you can go from the city to the mountains to the sea in almost no time. And it really is a great city to get exercise in...

“Actually, one of my favourite walks is from my house in Greystones to Avoca in Kilmacanogue,” she says. “Which is technically in Wicklow, but it is very close to Dublin! But I would be very fond also of Dun Laoghaire Pier and all of the promenade there, which is beautiful. It’s not a very long walk – you’re up and down the pier in 20 minutes, but I just love it. It’s great for blowing the cobwebs away.”

Any final words on the attractions of the Fair City?

“Actually, what I think what makes Dublin is the people,” she declares. “They are are funny – they laugh, they’re talkative, they’re friendly. They’re good eggs! And I kind feel like I’m one of them, even though I’m from Greystones, because all of my family is from Dublin. Also, even though it’s so much bigger than when I was growing up, it still feels like a town. I love that.”

• Ciara Kelly can be heard weekdays on Newstalk from noon - 2pm.