If Electric Picnic thought scheduling Kneecap for a 4pm show yesterday would mean a less rowdy crowd, they were mistaken. The Belfast trio still drew a crowd who were ready and willing to help them tear the roof of the tent, which they very nearly did.

The Rankins Wood Stage was packed to the gills before Kneecap even took to the stage, and they just kept coming. DJ Provo (and the bottle of Buckfast) walked on to raucous screams and cheers, and Mo Chara and Móglaí Bap bounced onstage and right into the opening bars of 'Amach Anocht'. They followed this up with 'You Fenian Cunts', which had everyone in the crowd swaying and singing along, hands in the air.

'Thart agus Thart' went down a storm, but Mo Chara still wanted more from his audience. It was at this point he started directing mosh pits from the stage, pointing out random faces in the crowd and ordering them to be responsible for keeping pits going all around the tent. Not that we needed much encouragement. More than one distress flare was let off by someone on their mates shoulders, and there was no let up from a crowd clearly made up entirely of die-hard fans. 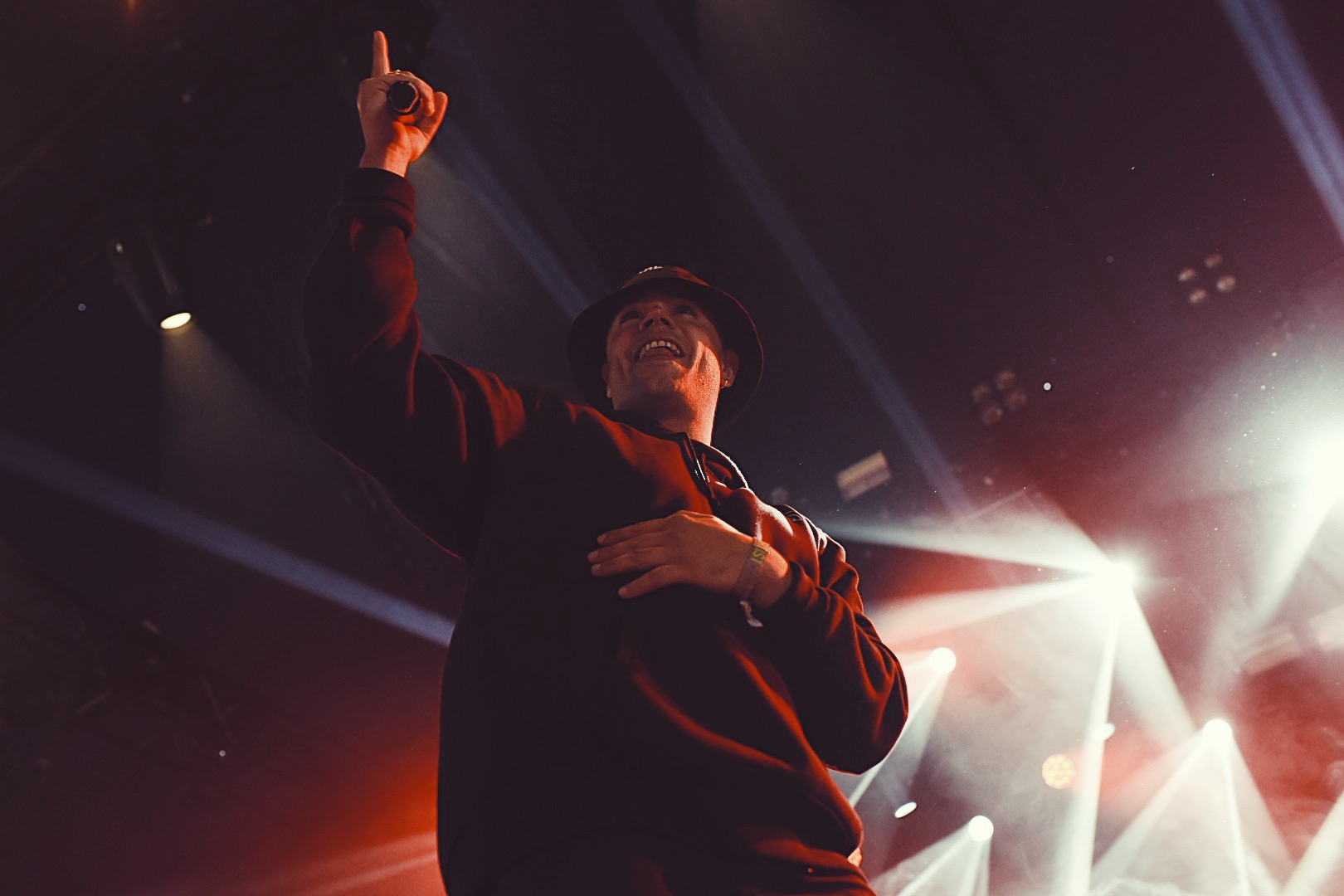 After treating us to a new, as-yet-unreleased track, they launched into their big releases such as 'Guilty Conscience' and their first single 'Cearta', which the crowd ended up singing most of after Mo Chara professed he was sick of it. They took an interval of sorts at one point, playing a frenetic remix of 'Amach Anocht' while DJ Provo got down into the crowd and then up onto their shoulders, while Móglaí sprayed the lot with champagne.

There was some seriousness mixed into the shenanigans. Chants of "Free Palestine" and "Free the Six" rang out, and Móglaí took a moment to briefly touch on the recent controversy over the Kneecap mural in West Belfast, before jumping into 'Get Your Brits Out'. After a roof-raising round of Óle Óle Óle, they launched into their last song 'H.O.O.D', at which point the entire tent became one giant mosh pit. And so closed what surely was the messiest, rowdiest show of Electric Picnic 2022.