Kicking off the Dirt Femme tour on her birthday in Dublin's 3Olympia, the Swedish singer-songwriter didn't hold back - in any sense of the word.

The artist has been extremely busy over 2022, making up for her postponed Sunshine Kitty tour, playing countless festivals, and releasing her latest album, Dirt Femme. The singer's current tour will see her play venues across the UK, mainland Europe, Australia, New Zealand, and North America.

Los Angeles based singer Miya Folick joins Tove Lo on the European leg of her tour, accompanied by her band.

Hitting the 3Olympia stage at 8pm on Saturday, October 29, Folick warmed up a visibly excited crowd. Tove Lo fans took to the singer straight away, cheering as she moved through a mixture of upbeat tracks and vocally impressive tracks. Boasting a strong mix of old and new songs, Miya's set heavily featured her newest EP 2007. 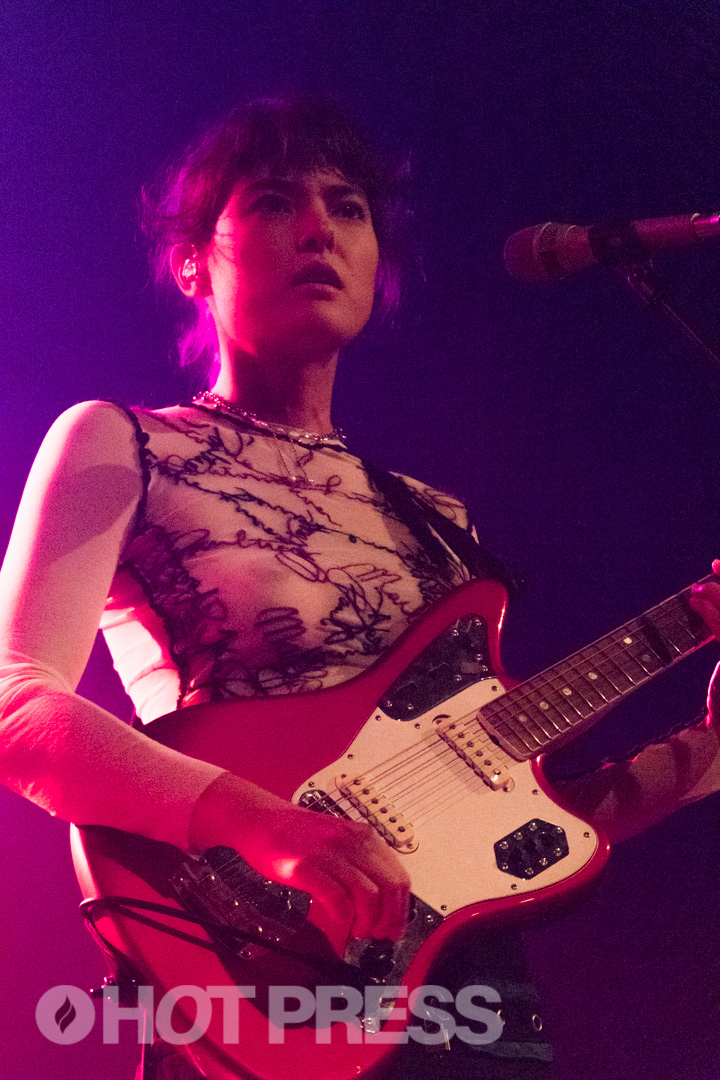 Folick played for approximately 40 minutes, changing between playing guitar and focusing on vocals regularly. Seemingly wanting to dance and move around the stage more, unfortunately Miya's showmanship abilities were inhibited by the lack of space afforded to her. Tarp covered what was obviously the set for the headline act, pushing Miya to the tight front of the stage, along with the other three members of her band.

The singer displayed some stunning almost whistle notes throughout her set, naturally receiving a fantastic reaction from the crowd who she interacted with brilliantly.

After a brief wait, the main event, Tove Lo, arrived on stage to a cacophony of flashing lights and fog at approximately 9.15pm.

Dressed in a gold-striped costume adorned with drawn on nipples and a golden penis, the artist surpassed even the wildest expectations of her performance. Launching straight into the debut live performance of 'Pineapple Slice', Tove stayed true to herself, showing off her twerking abilities and interacting with fans who had spent hours queuing for a front barrier space. 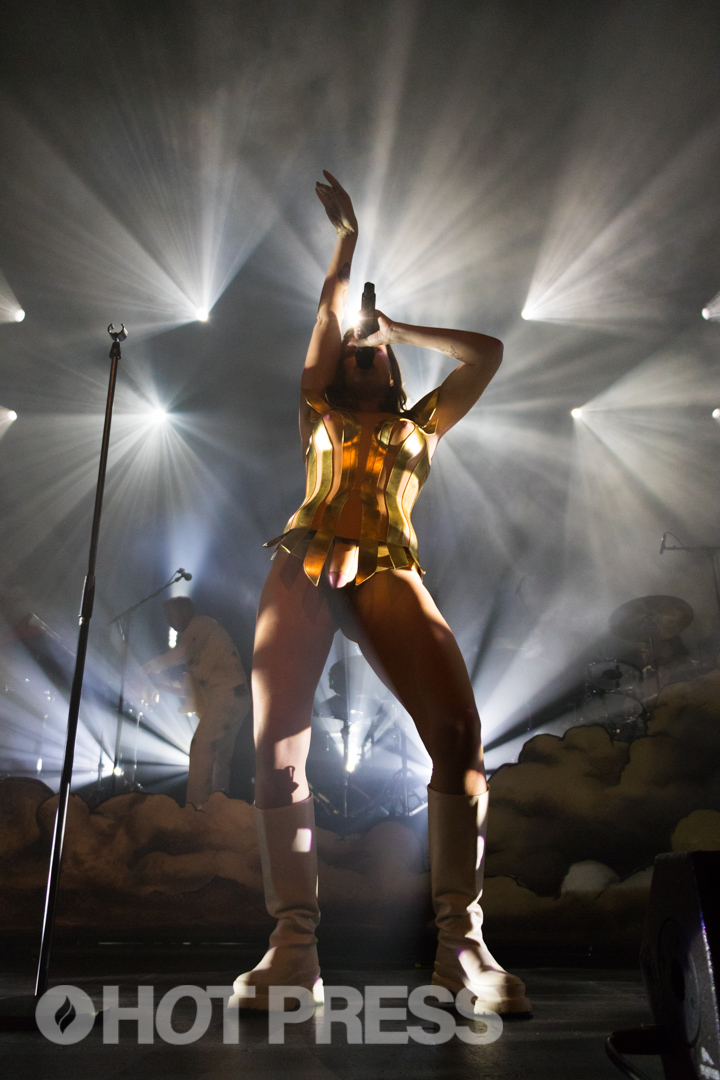 Needing no backup dancers or singers, the performer's band stayed up on a raised area of the stage, to avoid clashing with the eccentric dance moves taking over the front half of it. Moving through her next track, another Dirt Femme debut live performance, this time with 'Attention Whore', it became obvious that all members of the singer's crew were wearing birthday party hats and personalised t-shirts, to celebrate the Swede's birthday.

Much to the crowd's excitement, Tove next broke into the opening notes of fan favourite 'Cool Girl'. All three tiers of the venue stood, danced and sang along with the Swedish artist. Before moving on any further, the birthday celebrations had to be addressed. Grabbing her phone from side stage, the singer ordered the crowd to sing her happy birthday, even giving the eager audience a starting note. As her fan sang their final note, the artist thanked the crowd, saying: "I deserve it."

Fans screamed once more for 'Are U gonna tell her?" - another of the artist's most well known singles. All throughout, Tove demonstrated her incredible energy and ability to sing and run around the stage with ease. The crowd went wild with every twerk and shake the performer made. Beyond doubt, she knows her crowd and gave them exactly what they wanted. 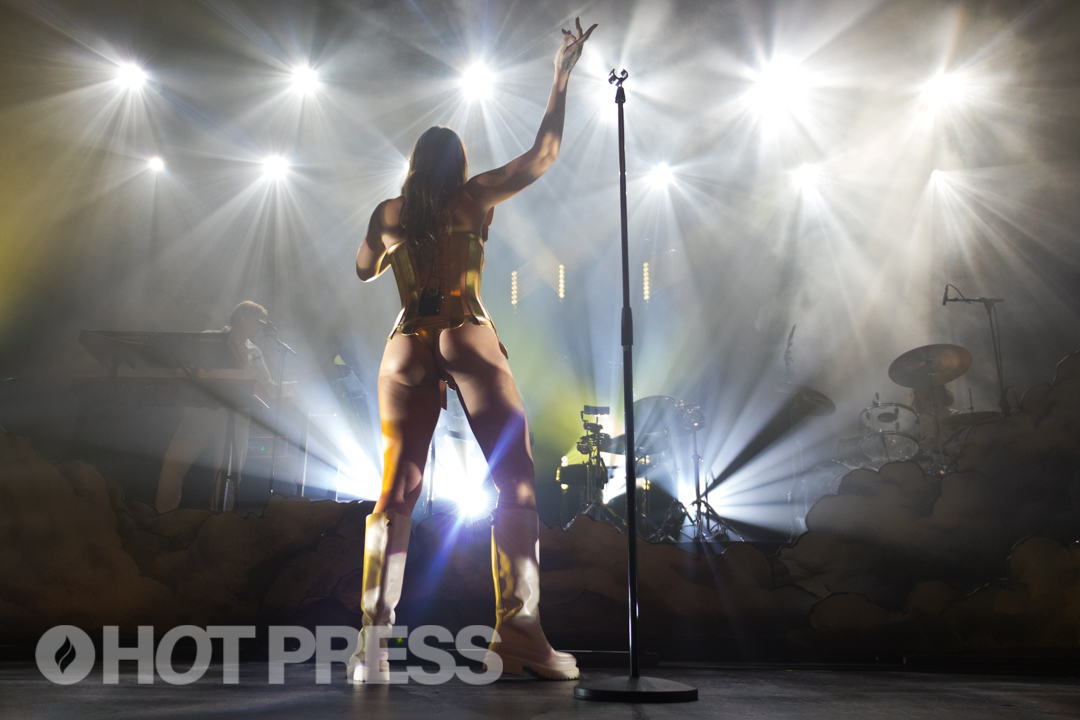 An extended version of '2 Die 4' was up next with the singer running off stage for a speedy costume change towards the end of the track.

Re-emerging in a fuchsia pink shredded and fringed top and pants set, the singer moved with ease, and lacking shoes, she was more limber than ever - despite getting stuck in her detailed trousers every now and then.

Fittingly, 'Talking Body' was up next, a track from the singer's 2015 album, Queen Of The Clouds. The venue exploded into chaos as the singer slid her top up, flashing her boobs while singing the chorus of the well-known track. 'Really Don't Like You' sent the crowd into a tizzy, only one-upped by the following iconic yet cheeky track 'Disco Tits'. The singer instructed the crowd to sing along, dancing and encouraging the already wild audience. A stunning rainbow light-show took place during this track, re-affirming this indescribably talented artist's place as LGBTQ+ icon.

Slowing down her set, the singer said she was ready to play some "cryers" for the ever-engaged audience. First up among her stripped back mini set within a set, was another live debut, this time of 'Call on Me'. During this part of the set, Tove's vocals were on naked display, with incredible belting and vocal runs boasted throughout.

Confirming my belief that the singer's vocal is even better live and in person than recorded, even while dancing, she moved on to 'Moments', and then to a clear crowd pleaser, 'True Romance'. Looking down into the crowd, fans at the barrier cried, interacted with Tove, and sang along with every word. It's evident the lyrics of these slower tracks are extremely impactful on a lot of the musician's fans. 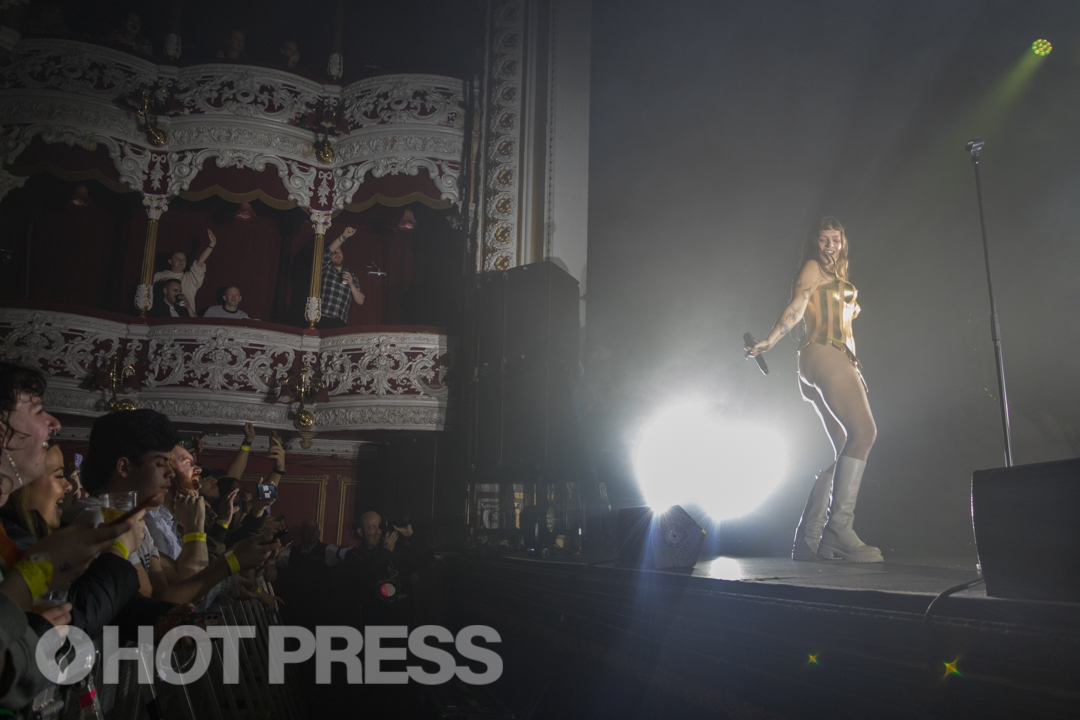 The singer stopped for a moment to discuss the next track with the audience. With extremely personal lyrics, the artist discussed how she had spent a long time suffering from an eating disorder, and wanted to convey her feelings and emotions about it in a song now that she is doing well and can put it behind her. The live debut of 'Grapefruit' had the crowd swaying, linking arms, and of course, in floods of tears. This deep, meaningful track was shared ahead of the Dirt Femme album release, with an exquisitely crafted music video to accompany.

Moving into a dancier portion of her set again, the singer prefaced the next track, saying it was one about getting your friend out of a relationship you can tell is bad for them. The opening notes of Sunshine Kitty's 'Glad He's Gone' swarmed energy back into the room, instantly making the crowd move again. "Better off/I'm glad that he's gone" echoed around the venue on each chorus, with the artist dancing around the stage and shaking her fringed pants.

Dirt Femme's 'How Long' and Lady Wood's 'True Disaster' followed, hyping the crowd up and giving the artist incredible feedback. As BLUE LIPS' 'hey you got drugs?' came to a close, the singer and band left the stage - leaving fans with hope they'd return to play a few more hits. 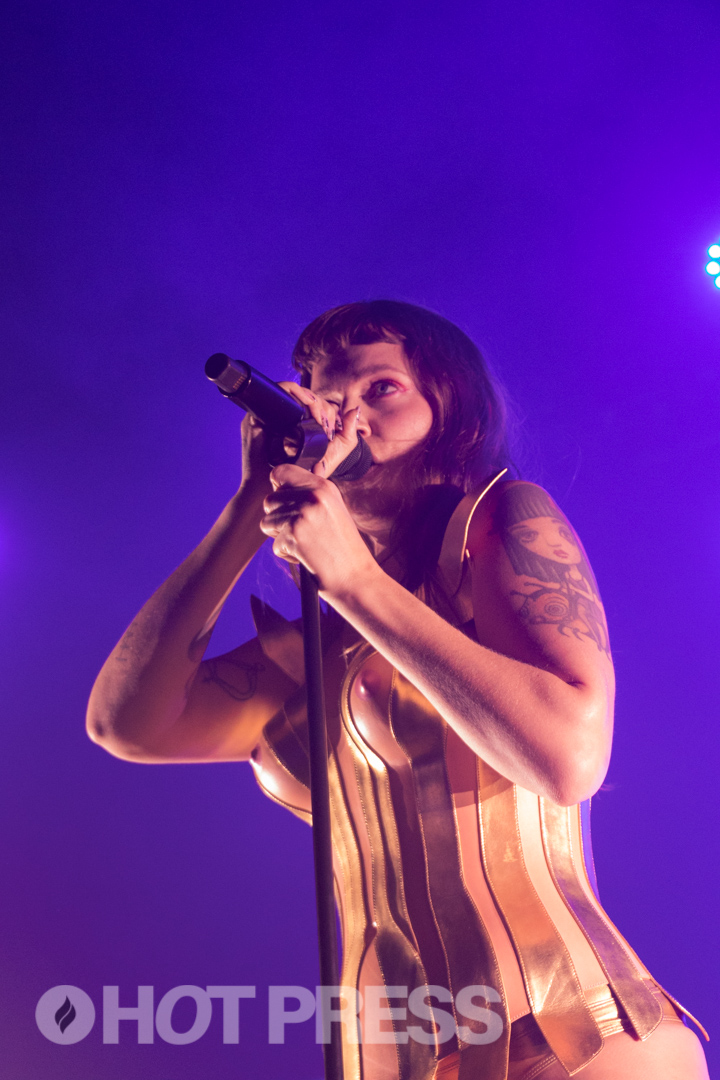 Undoubtedly, a chorus of "one more tune" filled the 3Olympia, insisting Tove and her band rejoin the persistent, devoted crowd.

Returning to the stage after a costume change, the singer brought her band onto the front of the stage with her for a dance. The live debut of 'I'm to Blame' kicked off the encore, with the singer free to move around in a silver bodysuit. The long-awaited biggest track of the Swedish artist's followed with 'Habits (Stay High)'. The crowd screamed incessantly as the singer belted through this track, accompanying her with vigour for each chorus.

A strobe light symphony took place as the singer sang her final track, 'No One Dies From Love'. Devout fans went ballistic as the singer took her final bows and left the stage.

There is no better way to describe the show than as a manic pixie daydream. Between the incredible outfits, boob flashing, insane live vocals, and clear dedication to her fans, this has to have been the most satisfied I've felt after a performance in a long time. The staging, lights, vocals, musicality and performance quality were far superior than I could ever have hoped for.

Spending time interacting with fans, even getting down from the stage to hug some of them, you can tell that despite the super star stage persona Tove puts on, she is incredibly humble and grateful to her supporters. Throughout the show, she repeatedly uttered: "this is the best birthday party ever," and I feel that when you can tell an artist is having that much fun performing, it makes the show even more fun for the crowd.

With her Dirt Femme tour running through Europe for the next few months, if you can get an opportunity to see the show, grab it with both hands. 10/10 - couldn't have enjoyed it more.

Check out the singer's latest offering, Dirt Femme, below.