The Liffey Swimmers Ensemble can be described as several different things: a live music night in the city centre and beyond organised by the best student talent, a multimedia collective, or a meme page featuring fairly decent kebab reviews.

Organised by spoken word artist Orán Magan alongside Luke Rabbitte, Jacky O'Halloran and Charlie Danneels, it can be simply put in an easier way. They are only but a few talents who put together an evening of acts that best represent the lustre and flair of the independent Dublin scene.

Organised by musicians for music fans, the ambitious nature of the group cannot be undermined. Priding themselves on capturing the “creative stirrings of a generation”, the collective focus on fledgling acts who can be lifted to a higher altar through the community that they have consolidated. They have solidified a knack for never doing the same thing twice, with the artists hosted at their Floating Heads night in Portobello’s beloved Bellobar proving just that. 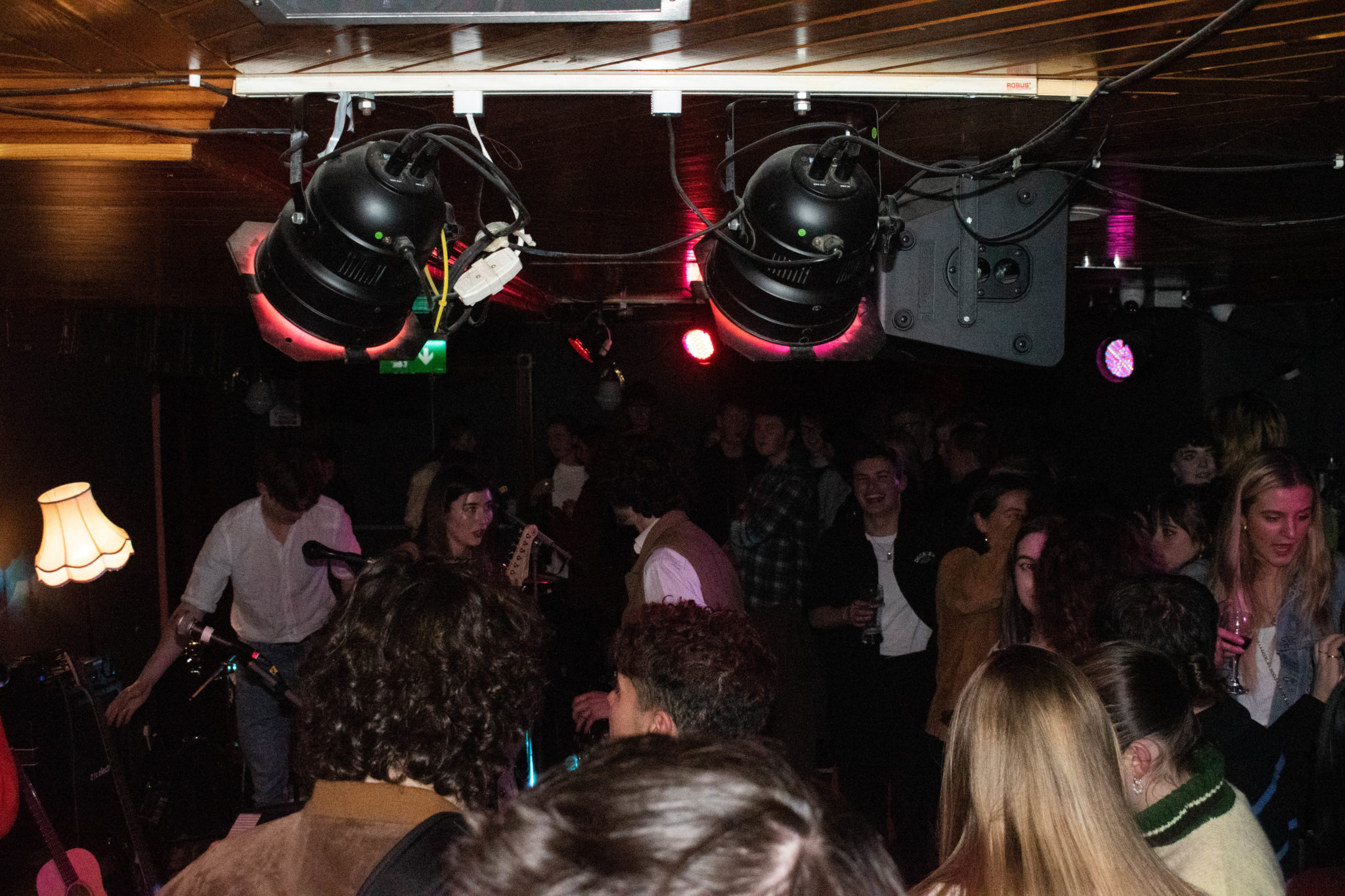 Their festival-style four-act lineup offered something for everyone, from fuzzy guitar-fuelled sleaze to tinges of jazz fused with hip-hop. With the ticket costing the same as the pint I was holding, it was worth it.

Singer-songwriter Evie and her band kicked off the evening with a set both melancholic and brazenly promising. Off the back of her debut headline in the same venue a week earlier, seeing an artist know herself and her sound this early on was remarkable to watch.

Inspired by the memories of youth and memories in the making, her sound is highly reminiscent of the likes of Wolf Alice or London Grammar. With the release of her first EP Since the Fire, it’s certainly looking like a promising beginning.

Next on the bill was Nagam, the alias of Liffey Swimmers brainchild Magan. Bringing both the energy with lyricism and on-stage hijinks — he lifted up the crowd, throttled them around for a bit before setting them down and making them think. With his bilingual wordplay both in English and Gaeilge, he touched on issues centring around the creative dereliction of the city in “Grey Dublin” that highlighted the lived experiences shared by everybody in the venue. His band’s jazz instrumentals both lulled and awed in their shared technical ability, a group of massively talented Renaissance men. 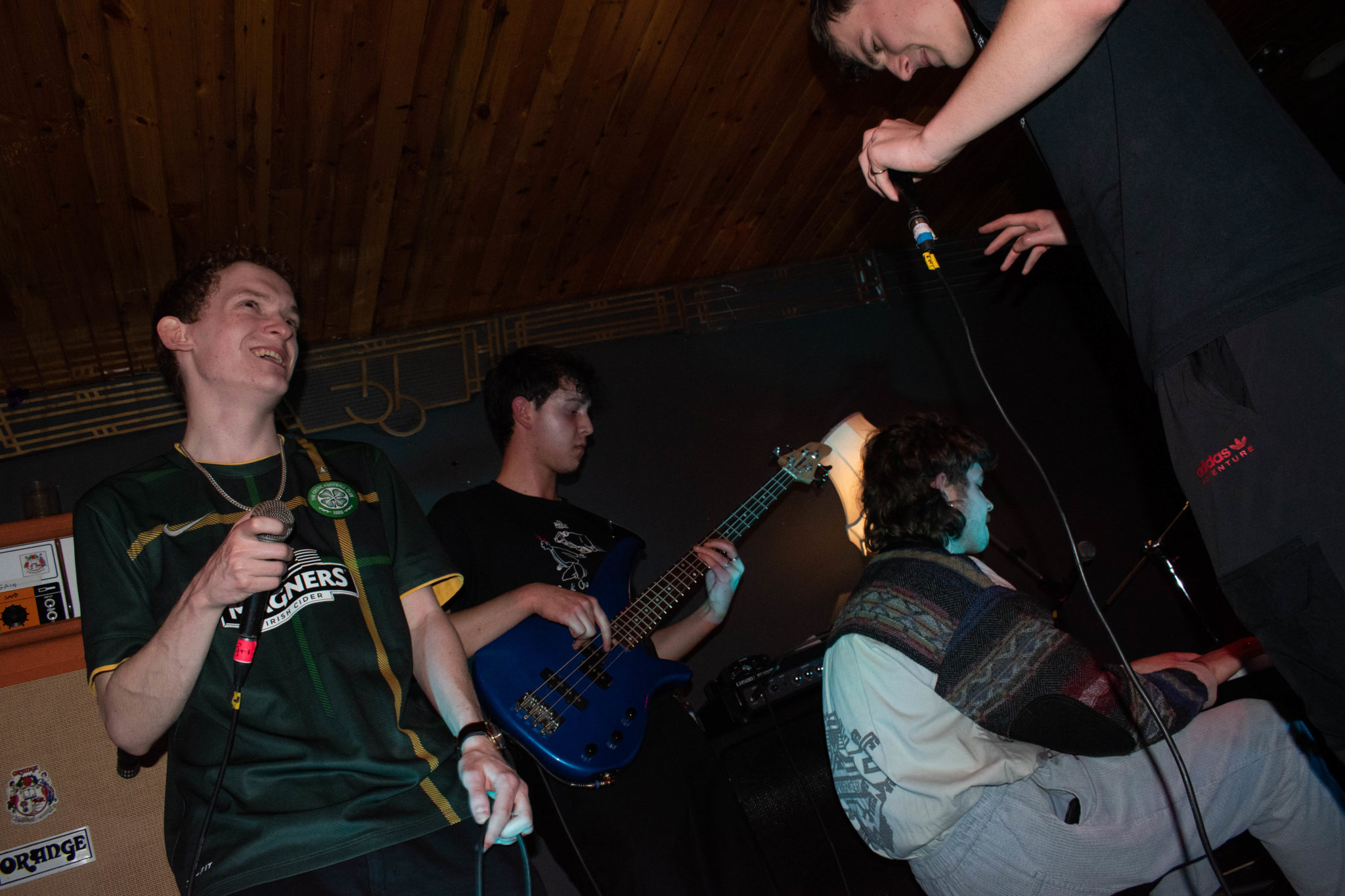 Alternative rock outfit JaVill followed suit, ebbing and flowing between soft industrial rhythms and hooks emblematic of some of the best indie stadium anthems. With passion that could easily blow the roof off the basement venue, they are looking to be one of the most promising acts of the lineup. With a select few singles out and a serious stage presence, they are definitely an act to keep a close eye on.

Lowkick, the final act, are a hip-hop trio based in Drumcondra with years of experience creating soulful jazz-rap. It definitely showed. The group’s energy was perfect for closing the night, backed by an amplifying five-piece band. Their debut album featuring warped synths and complex drum breaks has proved the group have perfected their sound. A perfect example of maintaining the traditions of UK Drum n’ Bass and Garage while adapting it for a new generation. 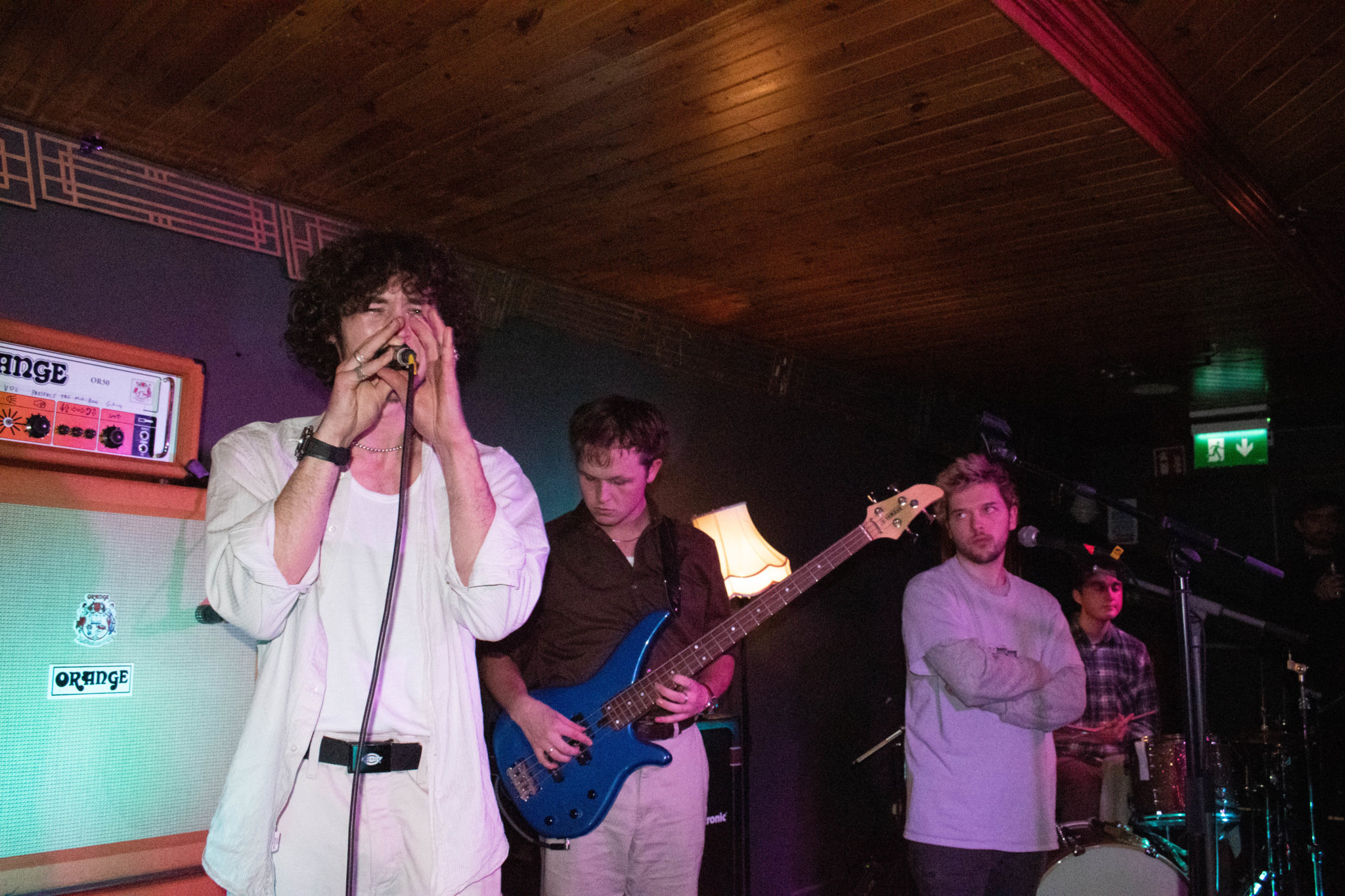 The Liffey Swimmers Ensemble will continue to spotlight the absolute best of Dublin’s underground to come. Be sure to check out their Instagram page for updates on their next venture.