Good things come to those who wait, and for The Frames' religiously devoted fans, the pilgrimage to Kilmainham last Saturday proved just that. Originally announced in December 2019, The Frames 30th anniversary gig finally came to be on a perfect summer’s evening. Fans were happily sprawled across the grass for opening acts Cormac Begley and Wallis Bird, with the headliners promptly taking to the stage at 8pm sharp to deliver a career spanning 25 song setlist.

Met by a rapturous applause, ‘Dance the Devil Back Into His Hole’ kicked off proceedings for the evening. Bassist Joe Doyle looked as excited as the audience to be there, while frontman Glen Hansard appeared on stage incognito, wearing a baboon mask. Removing the mask, we were greeted by a visibly elated Hansard. Wearing some smudged eyeliner and a Frames hoodie underneath his khaki green jacket, Hansard looked every inch the noughties music hero that he is.

Fan favourites ‘Angel at My Table’ and ‘God Bless Mom’ followed. The 10,000 strong crowd nodded and sang along, soaking up the warm atmosphere and evening sunshine.

Save the painfully long queue for the bar, it was a near perfect night. 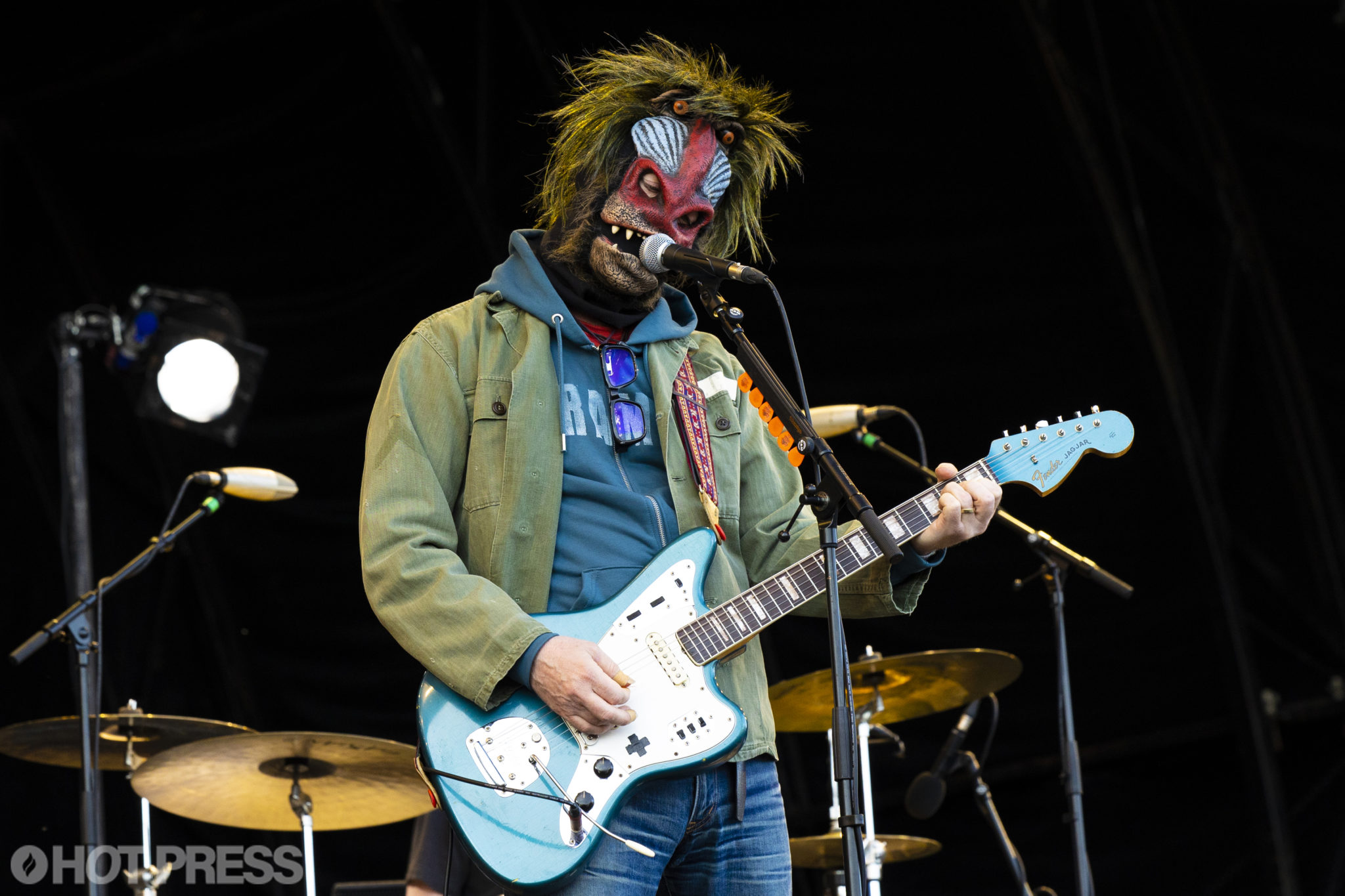 Hansard dedicated the hauntingly beautiful ‘Lay Me Down’ to the "hundreds of thousands" of souls, buried underneath us. The site was a burial ground for over a thousand years up until the 1800s.

Hansard recalled meeting his love interest several years ago at a time when he thought he'd never fall in love again, dedicating 2001's 'Headlong’ to "Milky".

Almost half-way through the gig, Hansard switched the focus from love to politics. He dedicated the next song, ‘Rent Day Blues’ to anyone who grew up under the leadership of Fianna Fáil or Fine Gael.

We were then treated to a trademark Frames medley of 'Your Face', James Shelton's 'Lilac Wine' and Bob Marley's 'Redemption Song', paying homage to Jeff Buckley, the 25th anniversary of whose death, took place on May 29th. Two of their biggest songs, ‘Fake’ and 'Revelate' followed, Colm Mac Con Iomaire stealing the show with his incendiary performance on the latter.

The Frames closed their setlist with a fitting tribute to their dear friend Mic Christopher, performing a heartwarming rendition of the beautiful 'Heyday'.

Glen was joined on stage by two relatives of Mic's, including his grandson Rowan (son of Mic's daughter Aimee Christopher) – who was given a reverent hush from the crowd so we could all hear his little, but still resonant, voice.

The band, including Ruth O'Mahony Brady on keys, Rob Bochnik on lead guitar and Johnny Boyle on drums, returned to the stage for a four-song encore, including another stellar medley of 'Star Star', Deus track 'Hotelloung' and Sparklehorse's 'Most Beautiful Widow in Town'. A fan threw a bouquet of sunflowers to Hansard. He sweetly shoved the bouquet down his t-shirt, displayed proudly, like a giant boutonnière. The crowd went wild for Pixies cover 'Where Is My Mind?' and we were sent home smiling with a wonderful cover of 'Devil Town' by Daniel Johnston.

As Colm Mac Con Iomaire said of their 30th anniversary gig, “A significant birthday should be celebrated.” Here’s hoping there won't be an eight-year wait until we see The Frames rock out again. 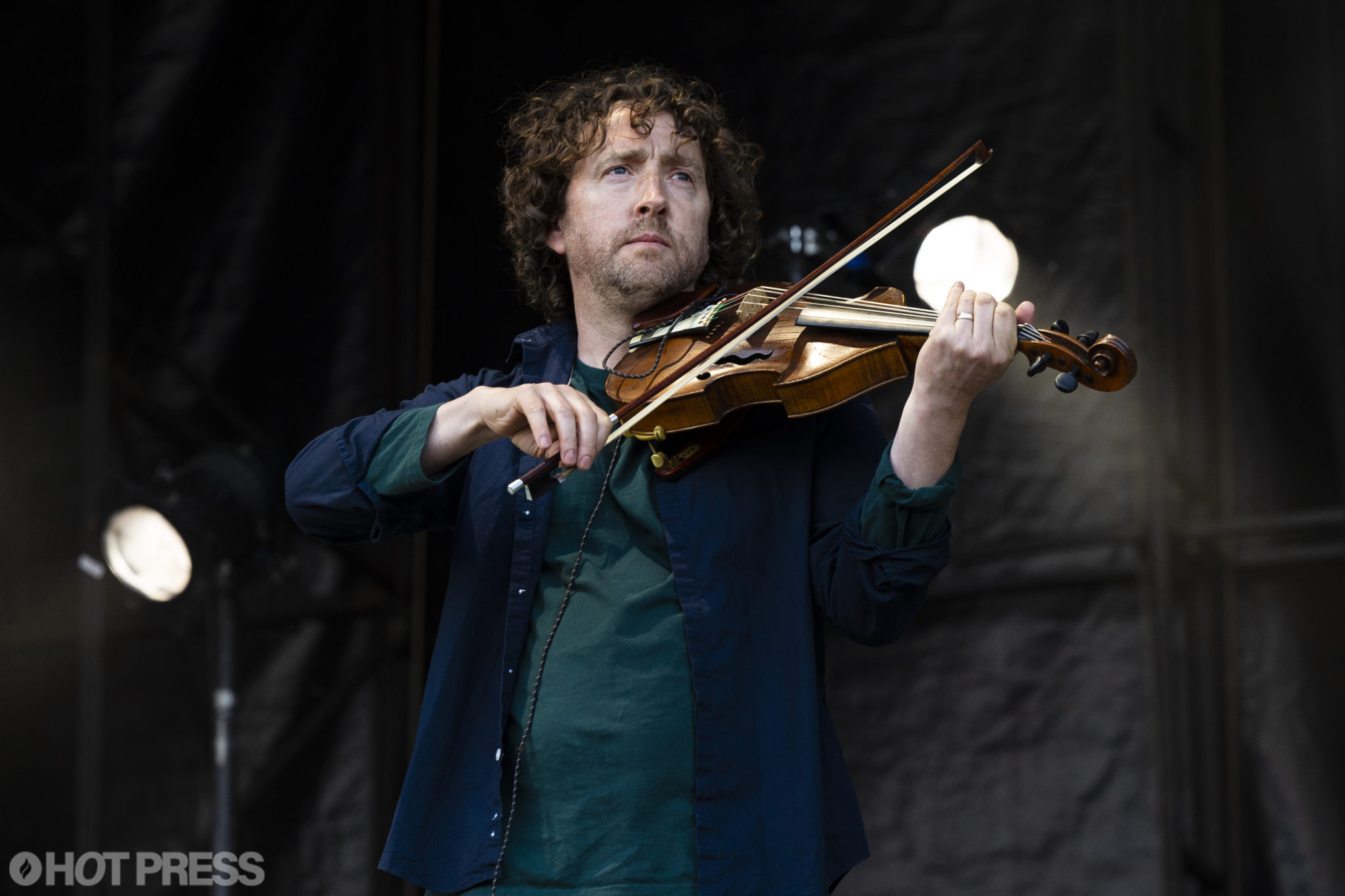