Returning to Ireland for rescheduled shows in Dublin and Cork, Maverick Sabre's fanbase in the capital were amped beyond belief for the 'Walk These Days' artist's return.

Loyal Maverick fans might remember the musician's scheduled 'When I Wake Up' tour, which originally slated for the end of March 2020. Of course, certain viral barriers have prevented Sabre's audience from seeing him up close and personal in a live setting - a tragedy, given his spine-tingling energy on stage. There have been Late Late Show and Other Voices appearances, but the soul sensation's return to Dublin last night proved to be worth the wait.

The largely north and inner city-based crowd completely filled a packed out Dublin Academy, even ahead of support act Bricknasty's turn on the stage. The Ballymun producer and musician only started creating music in January 2020 but has already made a significant dent in the Irish music scene, with London-based Michael Stafford (aka Maverick Sabre) inviting him as the Academy support act. R&B act Shiv will take the reins for the New Ross-raised artist's Cork gig tonight at Cyprus Avenue. 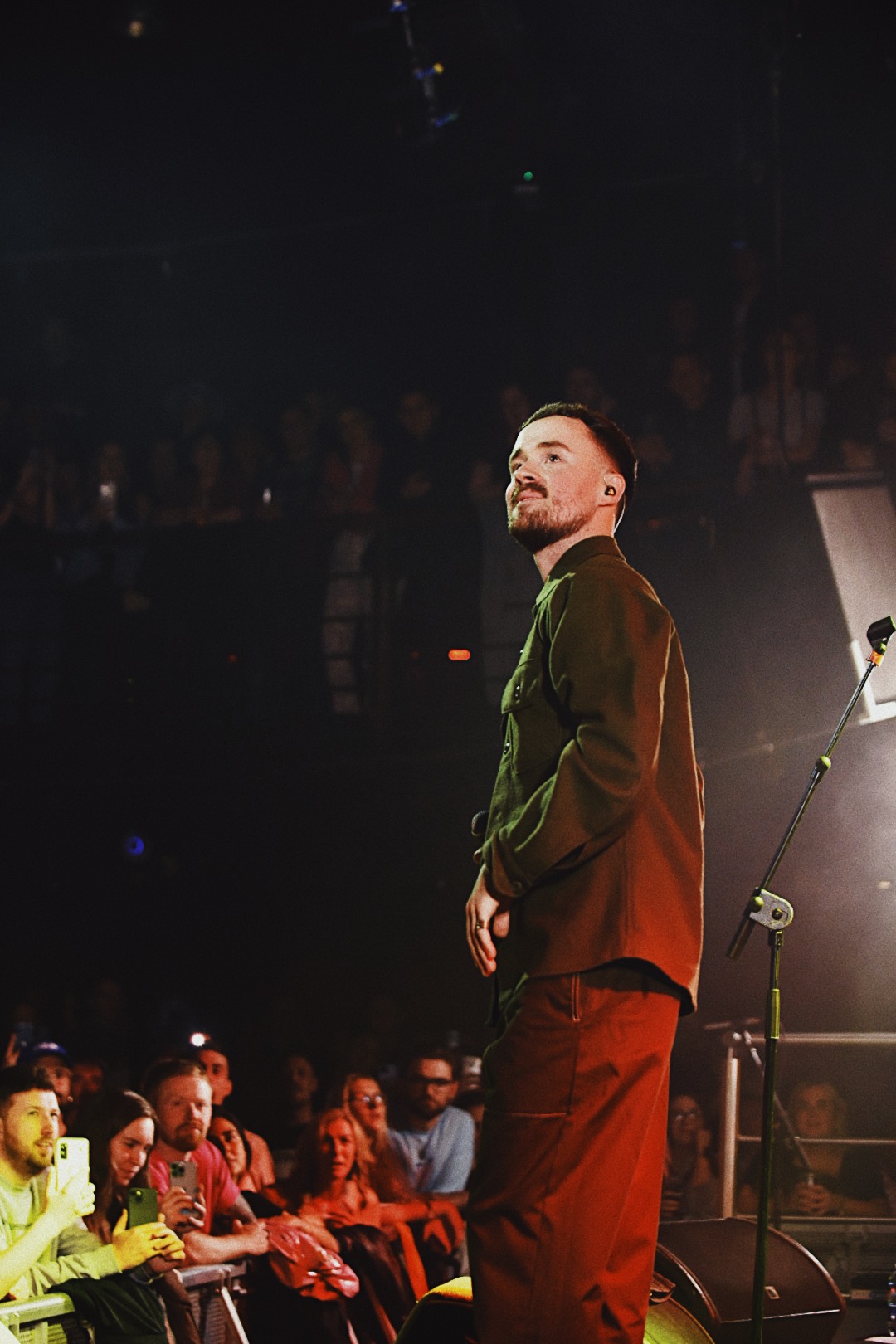 Kicking off proceedings with 'Can't Be Yours', red and orange lights bathe the stage in warmth while stunning harmonies and gospel elements build rich sonic textures. The 31-year-old was welcomed by the crowd with open arms and deafening cheers, as he belted "Dublin, tell me how you're feeling!" Good, judging by the rapturous response. "It's good to be back," he declared with a grin.

His stellar backing band were as tight as it comes, bristling with charisma and easygoing charm as they provided the melodies and choral backbone to Sabre's one-of-a-kind voice. Leading into 'Good Man' from his independently released January album Don't Forget to Look Up; the track shows off Maverick's remarkable vocal prowess. Balancing the softness of tone with enrapturing instrumentation and luscious layers, it goes down a treat.

Next up is 2015 track 'Come Fly Away' from Innerstanding, which has a focus on strings, neo-soul and R&B roots. "When I'm gone, will you remember this?" he booms, not a bad note in sight. The crowd know every word, having enjoyed the number for seven years. The Stoke Newington-born musician pauses to dwell on the last decade, noting that his hugely successful debut Lonely Are The Brave. The trademark brassy voice exploded onto the reggae, hip-hop and jazz scenes, later scooping Jorja Smith as his protege and releasing his next two LPs via Universal. 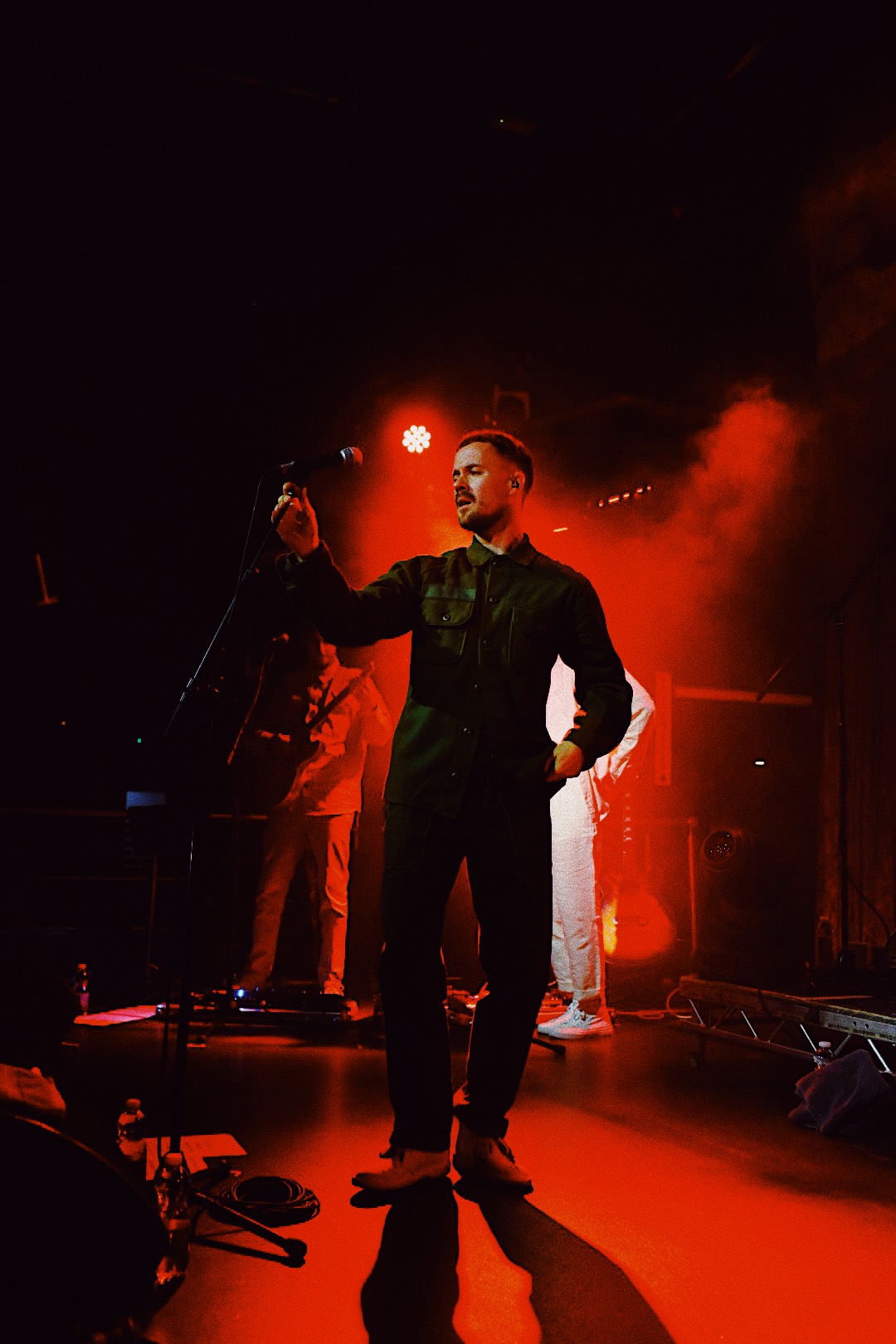 "The next song is for the lovers in the audience," he remarks, smiling. The sultry, infectious beat of 'Not Easy Love' begins, taken from his new album and featuring Demae. It's a smooth groover that gets chants from the crowd, warming them up with shouts of "It's not easy", "We need love" and "We are love" between impressive vocal acrobatics.

Whipping off his jacket (which gets a predictable cheer), Sabre's band member hands him an acoustic guitar for 'I Can Never Be', from Lonely Are The Brave. 'Sometimes', the first song he ever wrote, follows. Delving into his experience of moving around Hackney before relocating to Wexford as a child, he describes the prejudice and assumptions regarding English-born people in Ireland. Maverick released debut mixtape, The Travelling Man, in the UK and Ireland in November 2010, featuring 'Sometimes' before the track was shared as a single via Impala Records.

Impassioned statement "I hate that history, I hate that Union Jack/I'll never speak for any man or any flag," gets applause and shouts of approval. He's come a long way since 2008 when he appeared on Irish rappers Terawrizt and Nu-Centz' album Sense the Terror.

"It's beautiful to be able to perform this in front of people," he notes of 'Time Away', the ninth track on Don't Forget to Look Up. It's a simple, folk-inflected cut that oozes nostalgia for the soul greats.

When the riff to 'Slow Down' begins, the crowd start the song all by themselves - much to the London-based star's chagrin. He encourages them to continue, feeding off their energy. "Slow down, won't you come around?" he sings on the Jorja Smith collaboration. That bassline is undoubtedly one for the ages. Maverick gives a shout out to the Irish music scene, urging listeners to invest in homegrown talent before the opening chords of album favourite 'Walk These Days' start. 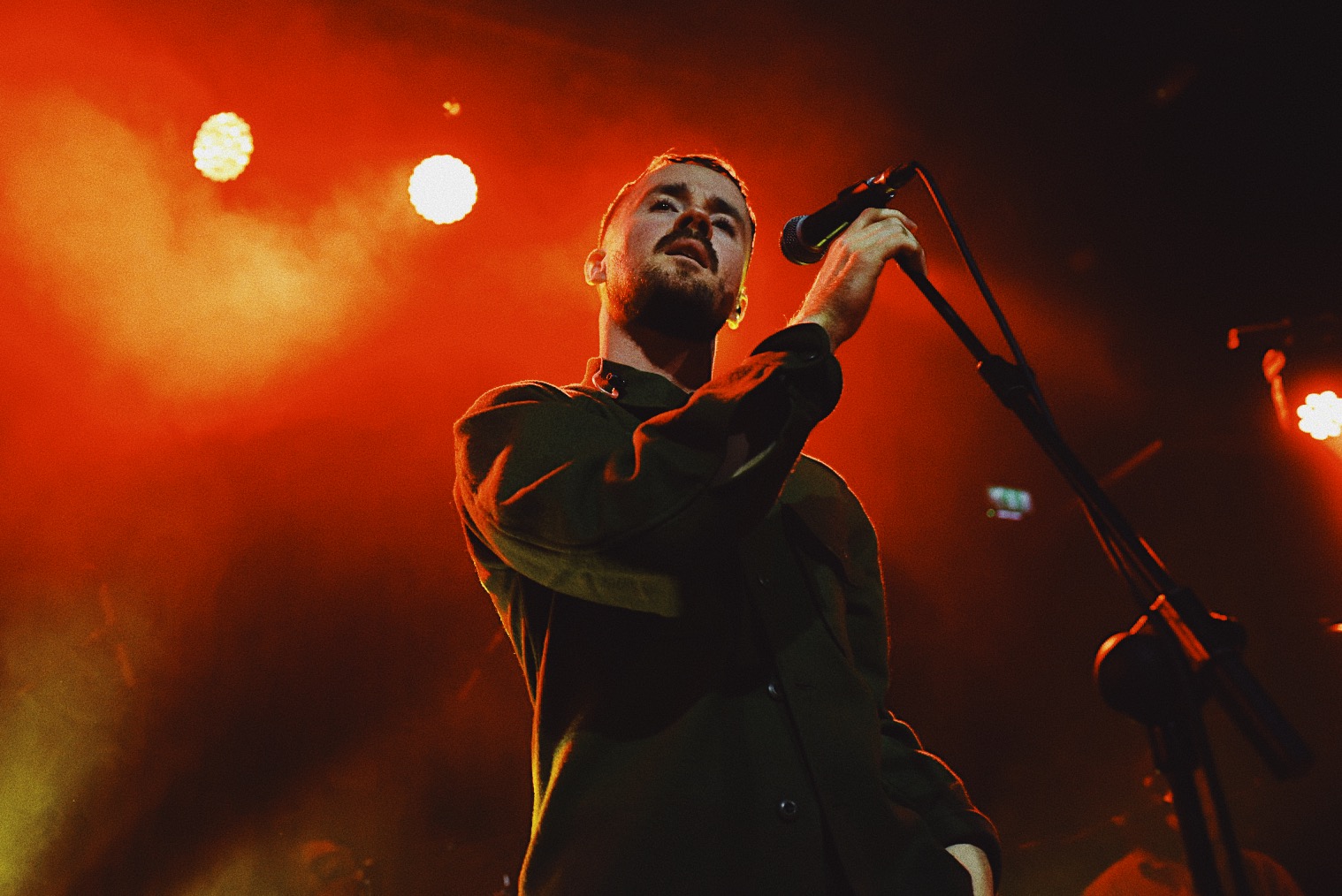 Produced by Sabre himself, 'Walk These Days' is a carefree, sung-rap number dipped in hearty soul that speaks to being stuck in a rut and finding ways of getting out of it. The song is one of the more fun tracks featured on his recent FAMM album, full of breezy, feel-good instrumentation. It's a liberating mood booster ahead of 2019 single 'Into Nirvana' (currently sitting on Spotify at 12 million streams).

"Dublin how we fucking feeling?" he asks after another acoustic number. The pace picks up with 2019 When I Wake Up track 'Drifting'. It's a definite standout, making fine use of his hip-hop, alternative and electronic influences. Capturing youth and young adulthood in an Irish small town, Sabre's raw vocals bring a gritty edge to an uplifting falsetto chorus.

After a short pause, he's back with a different mood altogether during 2019 number 'Glory'. Likely the most emotion-driven song in the setlist, the tipsy audience sway and sing along like an adoring choir, guided by powerful (dare I say angelic?) vocals. "I rise up in the morning sun/Take a flight with the wind/I know better of days will come/So I try to believe," he belts, with his optimistic lyrics feeling more poignant post-pandemic.

During fan favourite 'I Need', he shouts, "Give me some fucking energy, Dublin!" He didn't need to ask twice, thankfully.

The 2012 single was presumably many audience member's first introduction to the world of genre-blending talent Maverick Sabre. Concluding his stunner set with 2011 track 'Let Me Go', the booming trumpets from Simon Haseley's 'Hammerhead' sampler get the crowd pumped.

It marks a fittingly electric finale to Sabre's multi-faceted set, leaving concert-goers aching for more. That easily distinguishable voice will clearly have a musical home here as long as Maverick pleases.