Originally announced as a headline act in the before days for Electric Picnic 2020, we finally got to see Snow Patrol tear up the Main Stage at Electric Picnic 2022. Before the rain closed in on the last night, Gary Lightbody and co. led the crowd in a glorious, glorified sing-a-along that made it all worth the wait.

Launching straight into their big hits, they opened with 2004's 'Chocolate', following it up swiftly with 'Take Back The City' and 'Crack The Shutters'. It was a good thing the whole crowd were there to sing it all, as Lightbody admitted he'd messed up the words at one point. "It's been a while, that's gonna happen for the rest of the night," he joked. 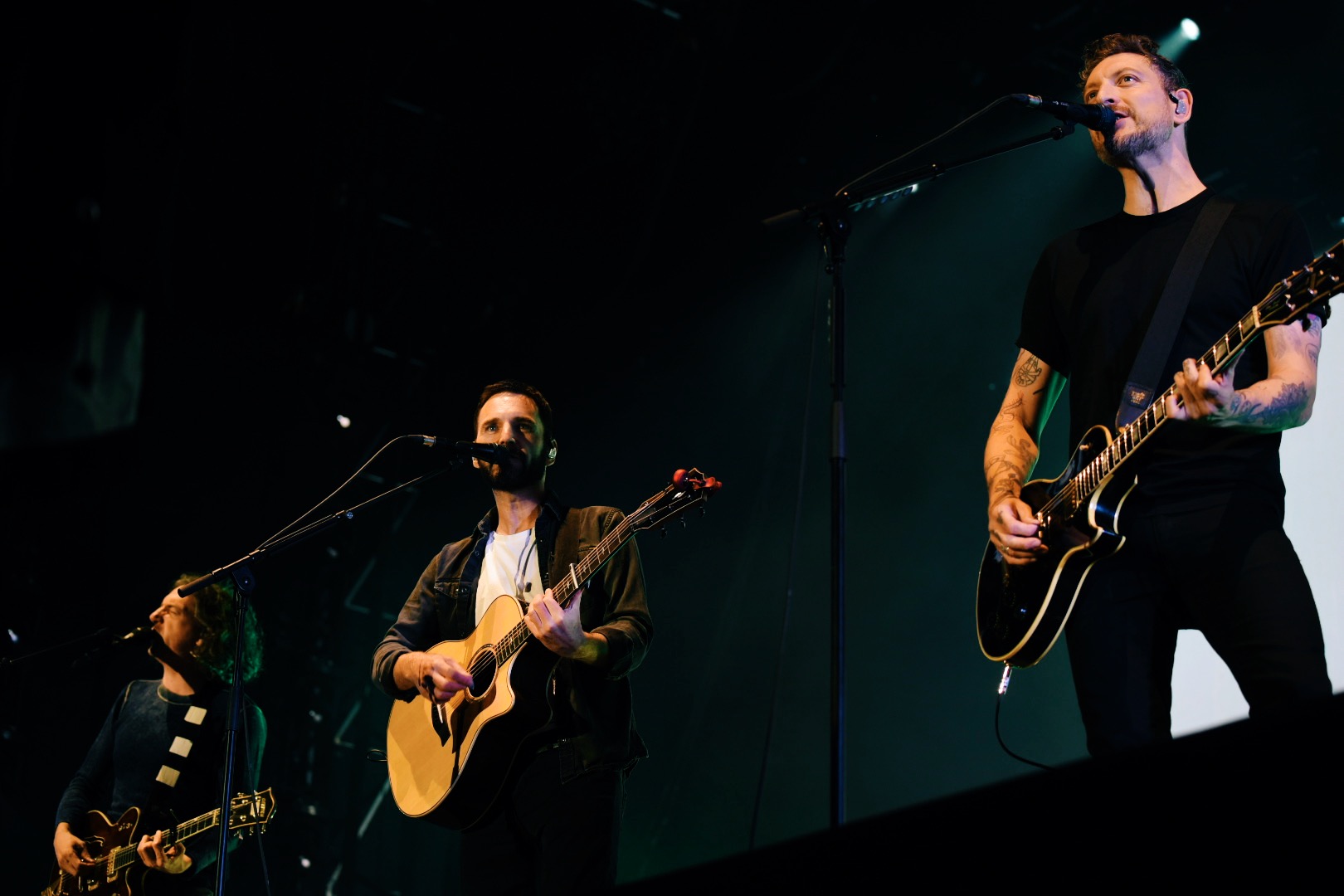 The band seemed to have enormous fun just letting us off with singing the songs while they played and Lightbody beamed out at us from behind the mic. We continued to impress with our singing skills (shouldn't this normally be the other way around?), leaving him utterly gobsmacked after we sang the whole chorus on our own at the end of 'Run'. "Holy shit Electric Picnic that was amazing!" he told us. "No one has sung the second part of the chorus back at us ever!"

A particularly beautiful highlight of the set was 'Set Fire To the Third Bar', which featured an ethereal and ghostly appearance from Martha Wainwright behind the band as Lightbody duetted with a recording of her vocals. After throwing out a few of their later hits like 'Life on Earth' and 'The Lightning Strike', they brought back out the bangers with 'All That I Have' and 'Chasing Cars'. The latter in particular got the crowd really going, as girls popped up above the crowd on their boy/friends shoulders and smartphone torches lit up the oncoming darkness. Lightbody led us in a second go off the final chorus due to "technical difficulties" onstage, before letting us go with 'Just Say Yes' and leaving us feeling like Snow Patrol had enjoyed playing to us on Main Stage just as much as we enjoyed watching them.

You can find all of the Hot Press coverage from the entire Electric Picnic 2022 weekend right here.