Remember Sports graced Dublin's indie scene this Saturday at The Grand Social with an outstanding performance that rang true to the 'basement rock' band's fiery energy and immediacy. Every song brought a brand new spark of life to the crowd to match the powerful stage presence of the band, who clearly loved performing each tune just as much as the crowd loved dancing to them.

Originally formed in 2012 at Kenyon College in Ohio, Remember Sports are made up of lead singer and guitarist Carmen Perry, guitarist Jack Washburn, bassist Catherine Dwyer, and drummer Connor Perry. They quickly drew acclaim for their sharp lyricism and sincere, discordant synth and guitar arrangements that work hand-in-hand to create a totally unique yet forgiving pop-punk experience. Following the very recent release of their newest EP Leap Day, the band have embarked on their very first tour across the pond with Ireland as their first stop on the map. Their appearance at The Grand Social came after their Irish debut in Belfast. They exclaimed during their Dublin show that they couldn't believe they had so many fans showing up for them so far away from their home in Pennsylvania.

The night started off exceptionally strong with an opening performance by Dublin's own Banríon. Led by singer/songwriter and guitarist Róisín Ní Haicéid with bassist John Harding, guitarist Robbie Stickland and drummer Cian Rellis, the Irish indie rockers woke up the mellow crowd with a series of melancholy head-bangers in a style comparable to artists such as Snail Mail and Momma. Banríon put the crowd in a dreamy trance with a series of original songs with crooning melodies and beautifully raw lyrics, including their dazzling new single 'fooling' from upcoming EP dare to crush which they played live for the very first time since it released on September 28. From discussing the experience of cancer to finding beauty in everyday life, Banríon's outstanding performance revealed her musical growth since her first EP airport dads in 2020. 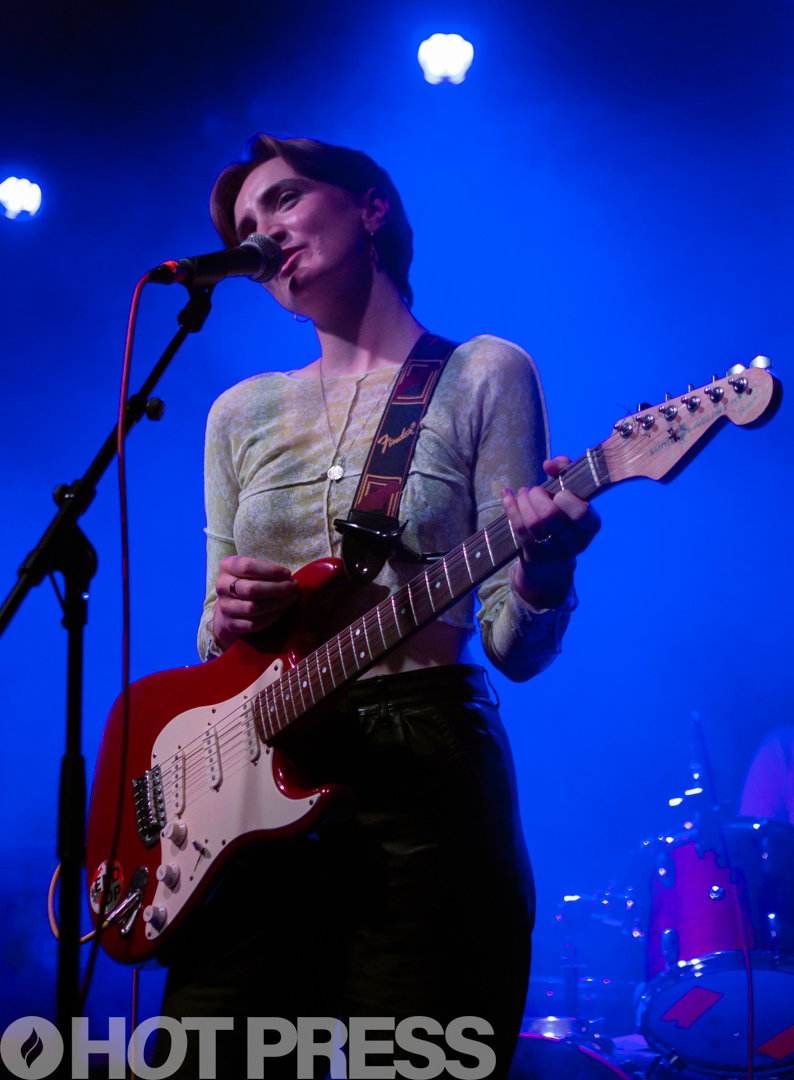 Remember Sports' entrance caused an uproar among the crowd as fans buzzed with excitement for the band to begin. The four-piece started off strong by cold-opening with 'Stunted' off of their 2015 album All of Something. Lead singer Carmen Perry built up an extraordinary crescendo with her voice alone, starting off slow and soft before erupting into a powerful belt as the band descended into rock-driven madness. It was easy to feel the immense passion and power the band put into their music immediately into the set, and the crowd cheered with delight before they followed up with 'Saturday'.

The group have a similar sound to acts like Mom Jeans, Joyce Manor and Great Grandpa, yet they bring an X factor to the table that sets them apart from any musicians of the same genre. Whether it stands in the blunt lyricism or complex layers of percussion, the audience couldn't get enough of it. Both young and old faces filled up the venue, revealing the wide demographic of listeners that Remember Sports reach with their music. 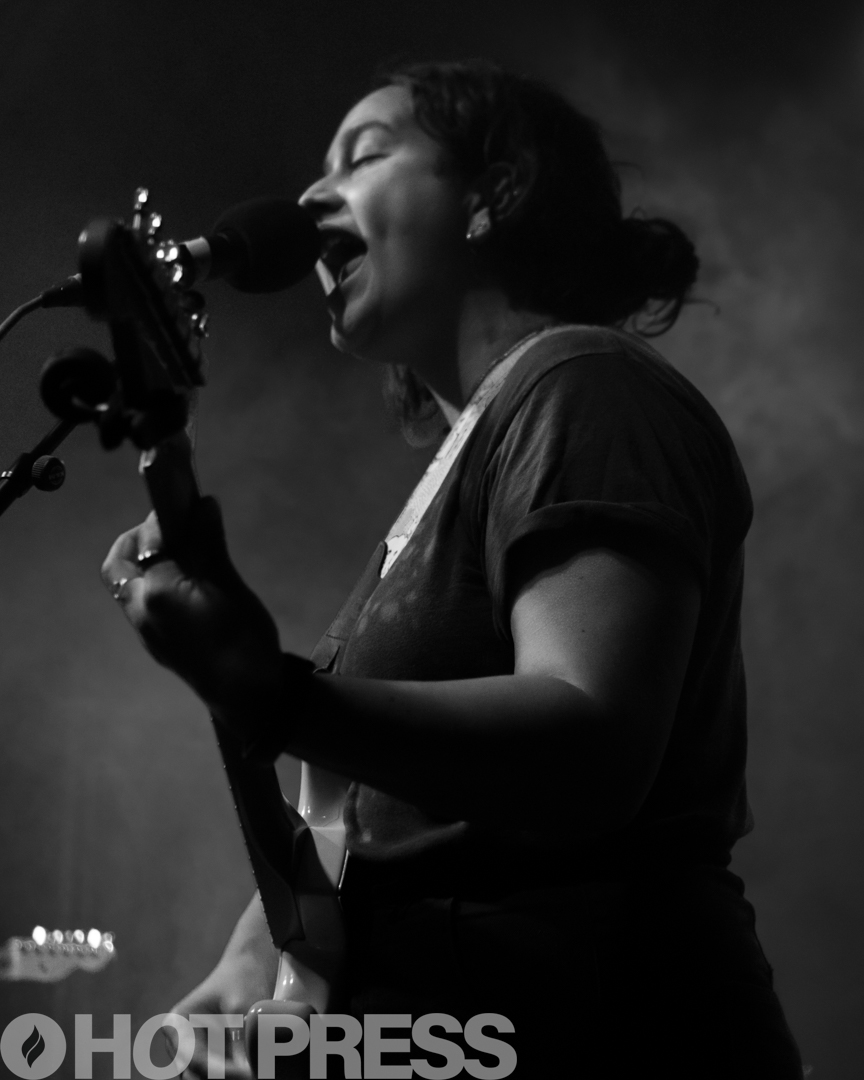 Although celebrated in the indie world, the band proved to be exceptionally grateful to the crowd and had a very welcoming and casual stage presence. Multiple times throughout the the night Carmen thanked the audience for being at the show, and talked about how this is "our first tour outside of America and we're so happy that you guys are here; it's very special." The singer even stopped the set at one point to take a video of the crowd "for her mom", and the crowd responded by waving and cheering for the camera.

Remember Sports renewed the energy in the middle of their set by playing their hit single 'Get Bummed Out' that has risen to the top of their most streamed songs on Spotify with a total of 4,700,000 streams. The crowd immediately perked up at the beginning chords and began shouting every lyric, breaking out into dance for the high-intensity song. It's clear why this is the band's most popular song, with an obsessively-catchy chorus melody that's hard to forget. New track 'Supervise' from the new EP released only a week prior also got its live debut during the set. 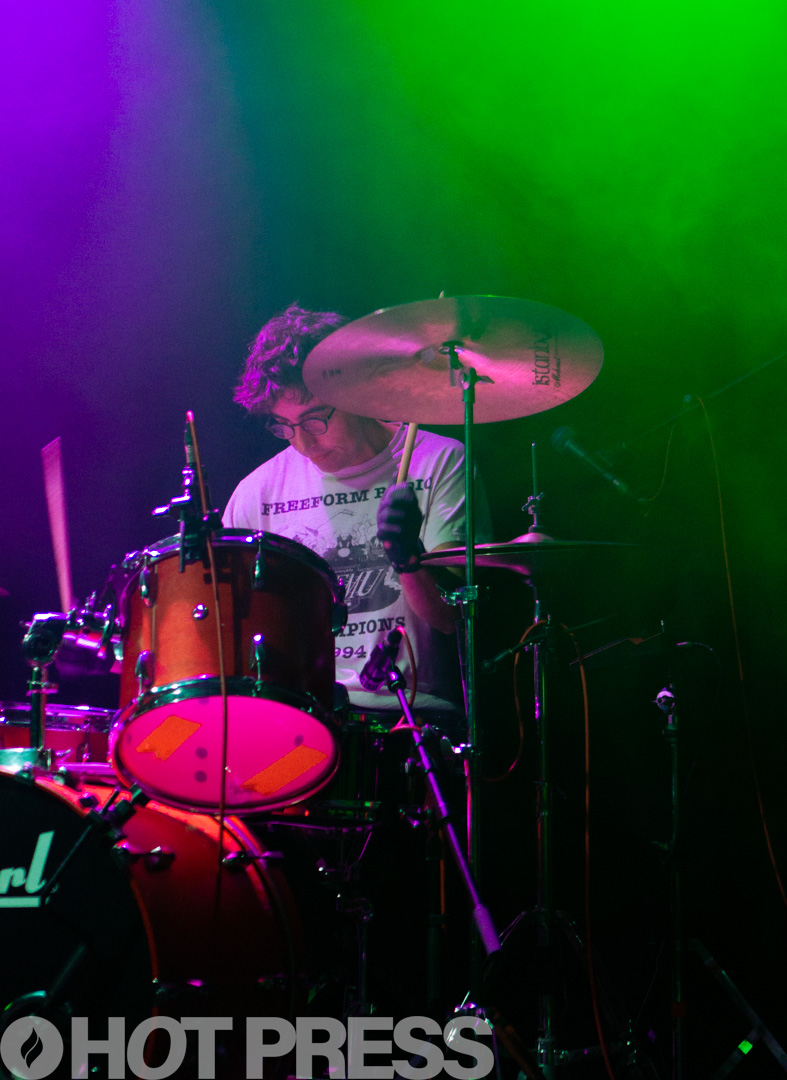 The band switched things up in the last chunk of the set, with guitarist Jack Washburn following up in vocals to harmonise with Carmen in 'Pinky Ring' and 'Supervise', adding a whole new dimension to the songs they had been performing. They also pulled out their signature electronic arrangements for a handful of songs including 'Easy', resulting in "oooh's" from the crowd as they seamlessly transitioned from grunge rock to alternative indie. 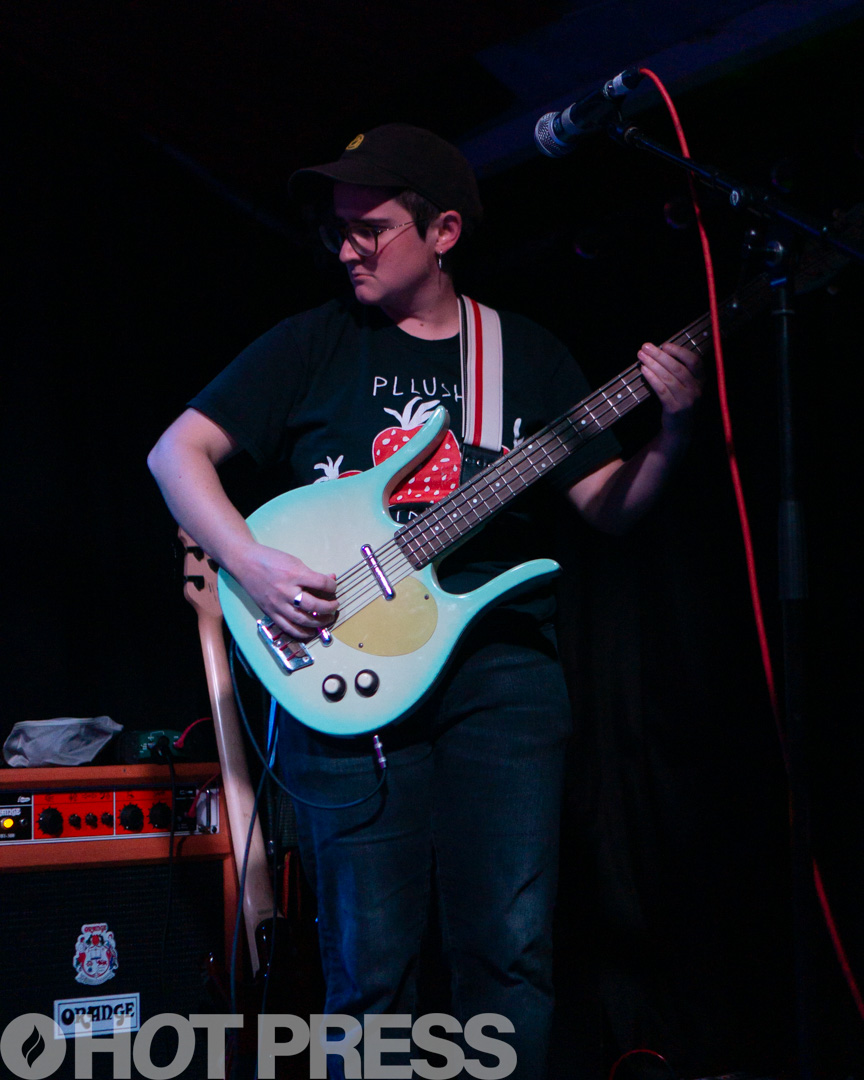 The band conversed with the audience many times throughout the gig, making the atmosphere very comfortable and personable. At one point they encouraged fans to shout out anything they knew about the band's home of Philadelphia: "Alex G!" one fan shouted. "Cheese steaks!" said another.

As the gig came to an end, Remember Sports wrapped up their performance with 'Out Loud', their most popular song from their 2021 album Like A Stone, where they expelled the rest of the energy they brought into the room in one big, long jam session with every musician on stage giving it their absolute all. However, the crowd wasn't satisfied with them stopping there. "One! More! Tune!" the audience chanted, until a few moments later the band members returned to the stage smiling. They stuck around for one more tune as promised, performing 'The Washing Machine' as an upbeat, feel-good rock anthem to close out the night. 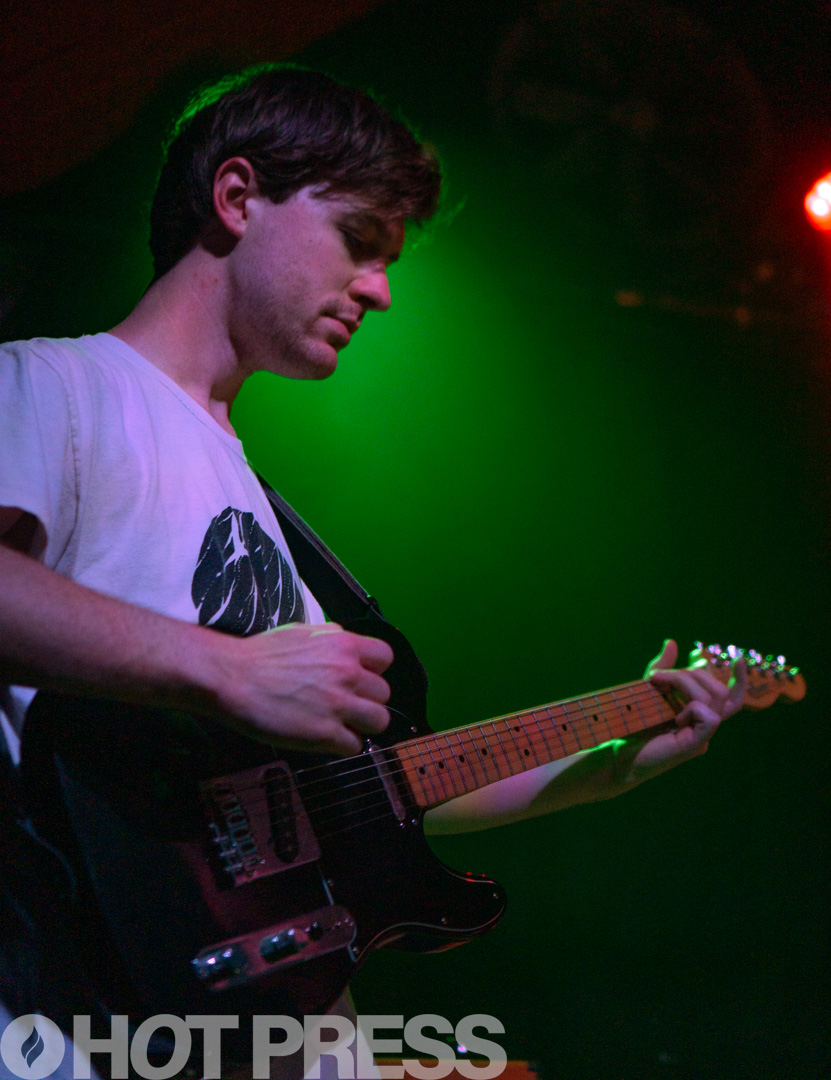 Although this was Remember Sports' second time playing outside of North America, they proved the universal appeal of their music. The energy was infectious and the happiness in the room was radiant, flowing straight from the stage to the crowd below. The performance felt like a warm, welcoming get-together of friends enjoying music together, and the crowd left the venue with a sense of togetherness. Hopefully this won't be the last time Remember Sports make their way to Ireland.

See photos from the show here.