California indie queen Phoebe Bridgers last played on Irish soil back in May 2019 when herself and Conor Oberst performed as Better Oblivion Community Center. Plenty has happened since then, needless to say. Her sophomore album Punisher dropped in June 2020 like an emotional bomb during the Covid lockdowns, and her audience became even more devoted. We didn't think that was even possible, but there you are.

Bridgers finely kicked off proceedings at Fairview Park last night, with upcoming gigs from Primal Scream, St. Vincent, Inhaler, Olivia Rodrigo happening over the next week. The crowd was predominantly under the age of 30, with Normal People fans scouting the crowd for Paul Mescal (they successfully located him for photos, unluckily for the actor...).

The atmosphere was slowly building in anticipation, as Phoebe Phans prepared to leave all their emotions in the tent for a massively cathartic hour and a half. Bridgers is known for showcasing her sardonic sense of humour between beautifully raw songs, and her relatable sarcasm lived up to hype.

With young fans who discovered the 27-year-old during that period and long-time listeners from her 2017 Stranger in the Alps debut joining together; there were also presumably plenty of boygenius followers in the tent. Always one to amplify the voices of her colleagues on tour, Bridgers' support slots on her current tour have been filled by the likes of MUNA, Dublin quartet Pillow Queens and Cork folk talent Mick Flannery. Last night's slot was offered to brothers Ye Vagabonds, who delivered a spine-tingling set full of tracks from new album Nine Waves and old favourites from the trad/folk pair. 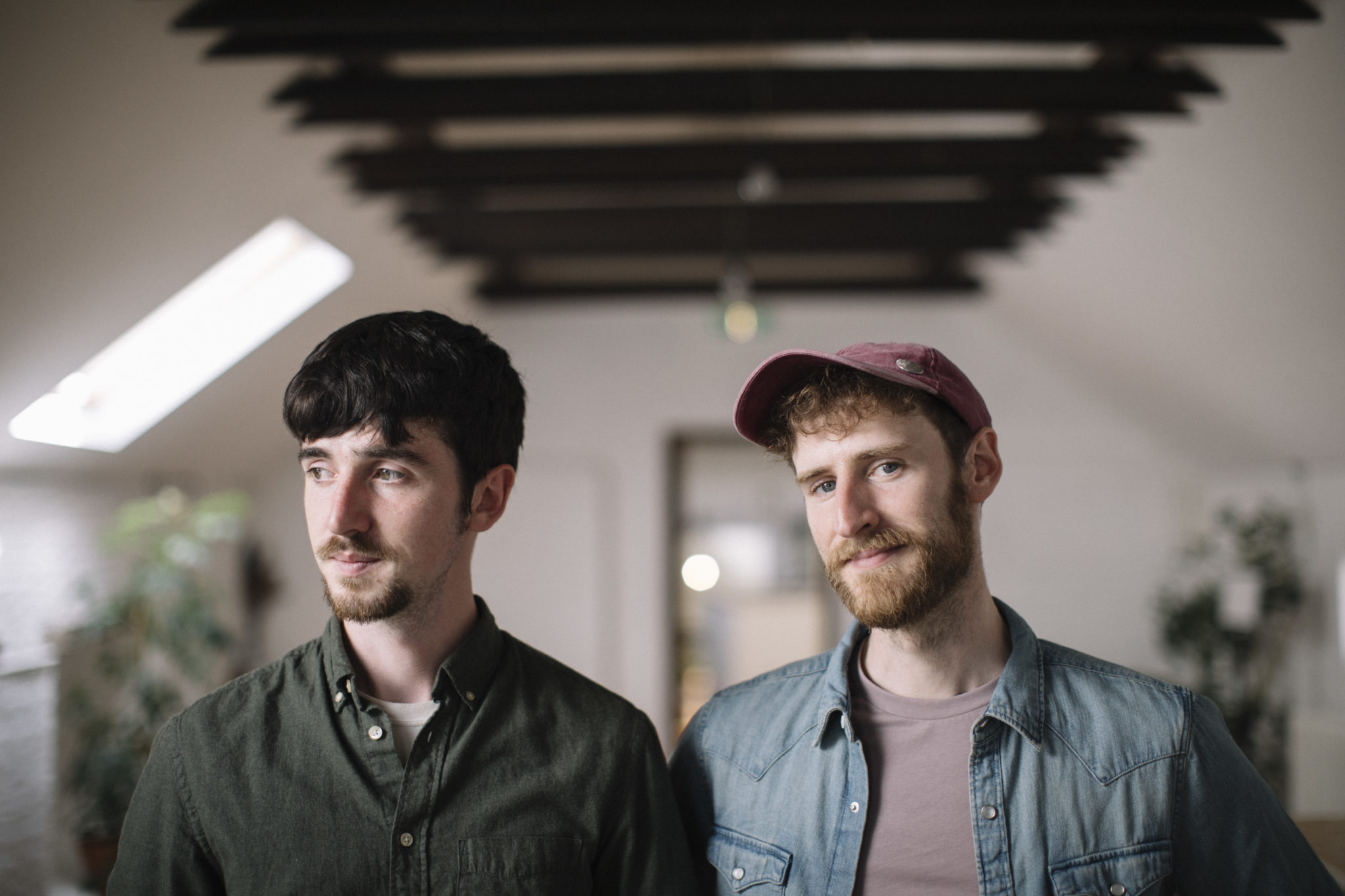 Hordes of fans who didn't manage to get their paws on coveted tickets waited outside the barriers, asking for spares to no avail. Bridgers' trended on Irish Twitter all day yesterday as devoted listeners tried to get last minute access to the highly anticipated show. Picnic benches surrounded the huge blue and yellow tent, with excited gig-goers mulling around with drinks while they waited for the musician to blast her opening rock intro. At 9pm, the lights went down and guitar riffs blasted the darkened tent, the crowd screeching to deafening effect. Stars shone from the stage, evoking the dazzling night sky of Sacramento.

Starting off the set with fan favourite hit 'Motion Sickness', Bridgers' set design lit up with California-themed graphics and Punisher animations. Unfortunately, the stage was build low to the ground, which meant that more than half the tent couldn't physically see the star. Screens weren't installed either, which didn't help those of us under 5'10 (me included).

Nevertheless, hearing the singer-songwriter's lyrics in the flesh was something special. Her breathy, often delicate vocals were crystal clear throughout, though were often drowned out by the fiercely hyped audience. Kickstarting with five major Punisher tracks - 'DVD Menu', 'Garden Song', 'Kyoto' and 'Punisher' included - was an interesting move that paid off exceptionally.

The opening chords of 'DVD Menu' served as an introduction instrumental, setting the darkly ambient, whirlwind tone for the album. The beautiful guitar noodling of 'Garden Song' resulted in wailing from the audience (full on sobs, too). "I don't know how, but I'm taller/It must be something in the water/Everything's growing in our garden/You don't have to know that it's haunted," she crooned, the crowd singing every word back with expert precision.

'Kyoto' brightened things up, the booming chorus of "I'm gonna kill you if you don't beat me to it/Dreaming through Tokyo skies" belted by grinning fans.

"What's up?" Bridgers grinned, knowing the screams she'd get in return. The singer made sure to shout out Ye Vagabonds before jumping into 'Halloween'. The down-tempo song touches on illusion and make-believe, adding the metaphor to a relationship where someone is wearing a mask. It's a quietly powerful number that sees the audience swaying at their quietist. 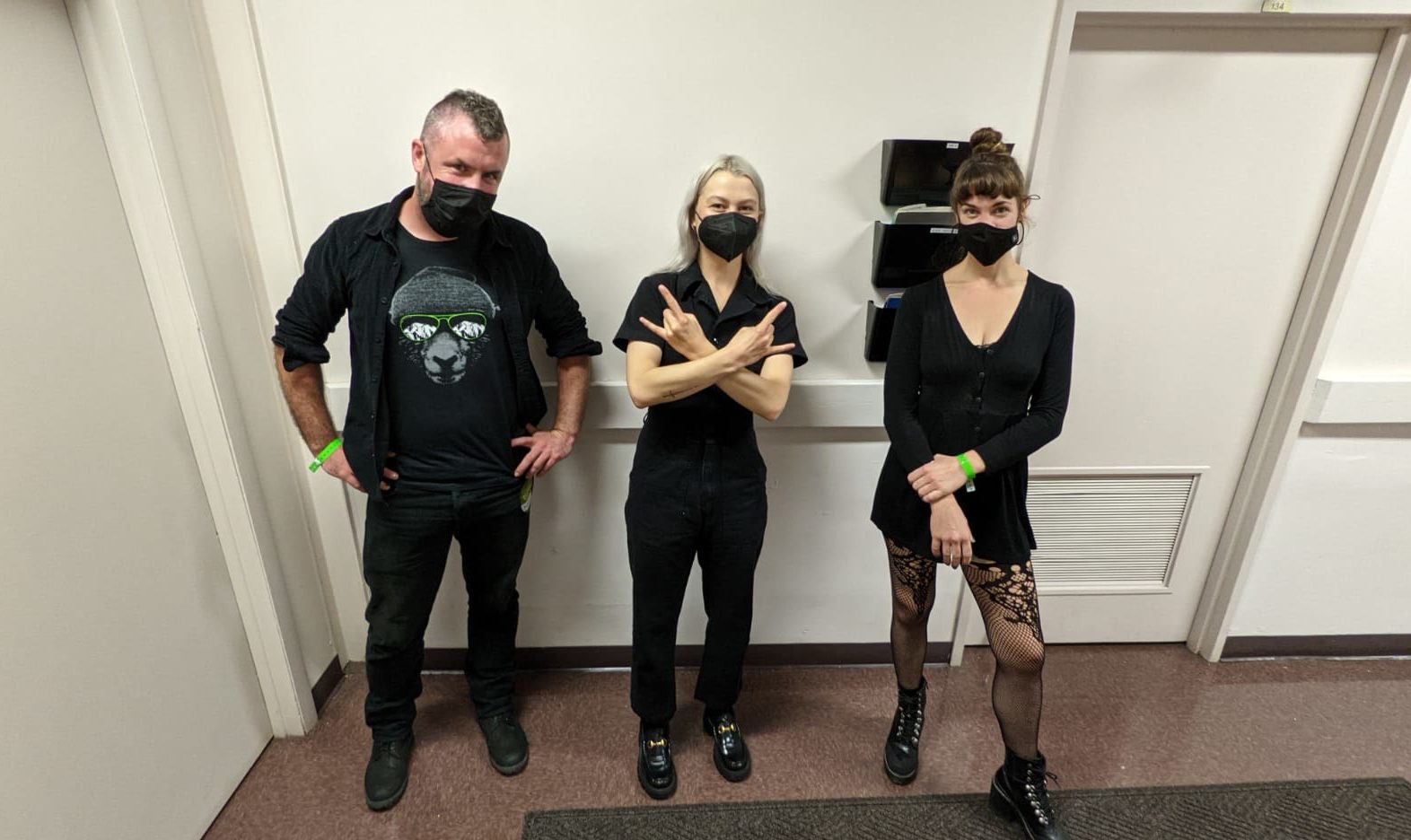 The 'Smoke Signals' opener soon has them loud again. The first track off Stranger in the Alps gained her legions of listeners at the time of release, for good reason. A reference to The Smiths’ 'How Soon is Now' underscores the relationship between the song’s subject and her father, highlighting a childhood marked by living in the back of a van. In the same song, the deaths of Lemmy and David Bowie are both mental markers for different memories — a trip to a hometown, a conversation about the current state of Los Angeles, and a stay at an anonymous Holiday Inn.

'Funeral' from her debut album follows, before it's back to hearing 2020's Punisher in full with 'Chinese Satellite' and 'Moon Song'. After 'Funeral', Bridgers described the song's origins, explaining that it was written during a year where she barely got out of bed. She assured her audience that her mental health has improved dramatically since then, leading to cheers. The refreshing honesty at every turn, and dichotomy between dark wit and heartbreakingly diaristic tunes is one of the most captivating aspects of the Dead Oceans signee.

'Scott Street' and hit 'Savior Complex' (which features Mescal starring in the music video) are sung at the top of the crowd's lungs. "Baby, you're a vampire/You want blood and I promised/I'm a bad liar/With a savior complex/All the skeletons you hide/Show me yours, and I'll show you mine." The track is about dating someone who hates themselves, essentially.

It's worth celebrating Bridgers' backing band, with stunning brass sections uniting with perfect guitar riffs. Special guest Martin Hayes hops on fiddle for numerous songs, with the Clare trad legend and The Gloaming member looking delighted and equally surprised to be onstage. It further illustrated the musician's respect for her peers, especially those from whatever country she tours in.

'ICU' was a starring moment of the concert, with surely iconic introductory drum beats and guitar wailing. Hypnotic harmonies in the chorus and textured vocal layers combine with the crowd's screeching for a choral crescendo that shook Fairview Park. 'Sidelines' brought the tempo back down to intimate levels, with the Conversations With Friends track leading into 'Graceland Too' - with Hayes' acclaimed fiddle playing adding further emotional depth. Phoebe beamed at the audience, soaking in the moment and seemingly glad to be back in the Emerald Isle.

Everyone was itching for 'I Know The End', and it delivered more than enough scream therapy at the finale. The electrifying single remains one of her biggest hits, known for the insanely dramatic grand conclusion that would put an exorcism to shame. Balancing minimal instrumentation and allowing her voice to do all the work with rock guitar chords and brass glory; Bridgers has the crowd in the palm of her hand by the time the scream segment finally comes. Screaming after two years of no gigs feels like a gift.

Performing 'Georgia' alone on her acoustic guitar with no lights to finish the gig, the special moment brought the crowd back down to earth. 'Georgia' is the album’s earliest composition, dating back to Bridgers’ teen years when she crafted her own lyrics out of a misremembered Feist track. Singing the gut-wrenching melody alongside the performer, there were tears to be spotted on many young faces in the crowd. Who knows, maybe Bridgers soundtracked their first break-up, the loss of a loved one or chaotic pandemic lockdowns? Either way, emotions were at an all time high.

She doesn't need any bells and whistles to make an impact. The words alone are enough but hearing the music of Punisher in full and part of Stranger in the Alps after three years was a privilege. Two albums in, Phoebe Bridgers has already blazed a starry trail for herself. Whatever comes next, they're two undeniably special projects that live up the hype live.