Manchester Calling duo Paul Heaton & Jacqui Abbott certainly made up for the heavy postponement of their previous Dublin concert dates by delivering a stellar medley of new and classic tracks alongside special guests Deacon Blue and Declan O'Rourke. On Saturday night in St. Anne's Park, the pair's signature harmonies and energetic stage presence had fans on their feet.

The sun chose the perfect day to shine as fans slowly pooled into the gates of St. Anne's Park and sat cross legged on the grassy field. Surrounded by trees, young families and excited concertgoers of all ages made their way throughout the venue, rapidly melting '99s in hand. Basking in the warm sunshine and lounging on picnic blankets, we couldn't have received a better day for it - truly an anomaly during the summer festival season.

Further adding to the relaxed atmosphere, Irish singer-songwriter Declan O'Rourke emerged on stage to deliver his soothing brand of acoustic guitar laden folk-rock. The opening notes of mellow, rhythmic track 'Andy Sells Coke' swirled around the sweltering audience and showcased the Dubliner's buttery vocals and melodic traditional sound. Accompanied by a tin whistle player, cellist, drummer and violinist; the multi-instrumentalist's performance was a treat for folk enthusiasts. O'Rourke highlighted his own talents as he alternated between playing guitar, piano and the mandolin, which he played for upbeat track, 'Slíeve Bloom' - a song about madness.

Fresh off his 2021 album of the same name, sorrowful track 'Arrivals' - inspired by the arrivals gate in airports - featured O'Rourke's brooding voice layered over a delicate, poignant piano melody. Finishing off his set with a bang, popular favourite 'Galileo' evoked a roar of applause from the audience before the he exited the stage in his sunglasses.

As members of the crowd rushed to get cocktails, pints, vegan chilli and spring rolls from the food vendors scattered across the venue, the true scale of this event became increasingly apparent. Thousands of people had now filled the park for Deacon Blue, whose December Dublin tour date had been cancelled due to Covid-19 setbacks and instead combined with Heaton's and Abbott's show. As the performers appeared on stage, the audience rose from their spots and erupted in a roar of support for the Scottish pop-rock band. 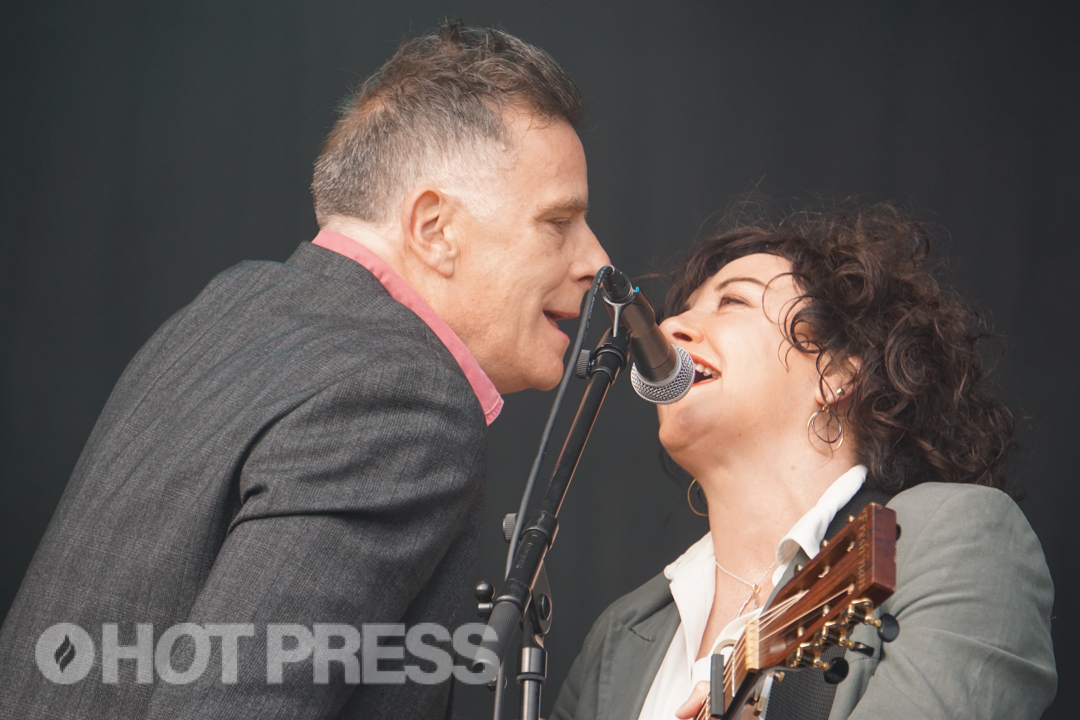 Opening with the electric, energetic title track of their 2020 album of the same name, 'City of Love', the lively, upbeat tone for their forthcoming show had been set, as lead vocalists Ricky Ross and Lorraine MacIntosh hopped and leaped around and had the crowd fully engaged in their fun on-stage antics.

"I'm sorry for keeping you waiting for a few years," Ross said after finishing off warm, joyous track 'A Walk in the Woods', also from their new album. Launching into groovy cult classic, 'Chocolate Girl', Ross's and MacIntosh's trademark smooth, tender vocals blended together seamlessly before they asked the audience, "any folks here from Donegal tonight?" which evoked hollers from the audience as he added, "everyone from Glasgow is from Donegal," and gave a shoutout to Daniel O'Donnell.

As the opening piano riff and heavy bass and drum of 2014 track, 'New House', reverberated through the ground, the crowd transformed into a sea of bopping heads as they danced and sang along to the electric guitar laden tune. "This is a song from our new record, that is now our old record," Ross laughed, as he sat at his piano to play slow, introspective melody 'Weight of the World'. Switching up the energy, they went on to preform vibrant track, 'The Believers' off their 2016 album Believers and tambourine accompanied 2012 song 'That's what we can do'. Ricky then introduced each member of the band and made a second quip about the connection between Glasgow and Donegal (he really loves that link...).

Classic 1988 tune 'Real Gone Kid' sent a fresh a fresh wave of energy pulsating throughout the audience before the band thanked the crowd with Ross adding, "Go raibh maith agat." Fortunately for those who had originally bought tickets solely for Deacon Blue, the night's performance did not resemble that of a warm up act for Heaton and Abbott in the slightest and felt as though it was an entirely separate concert, especially as they returned on stage to preform their encore with synth induced 1987 track 'Dignity', finishing off the superb set in quintessential Deacon Blue fashion. 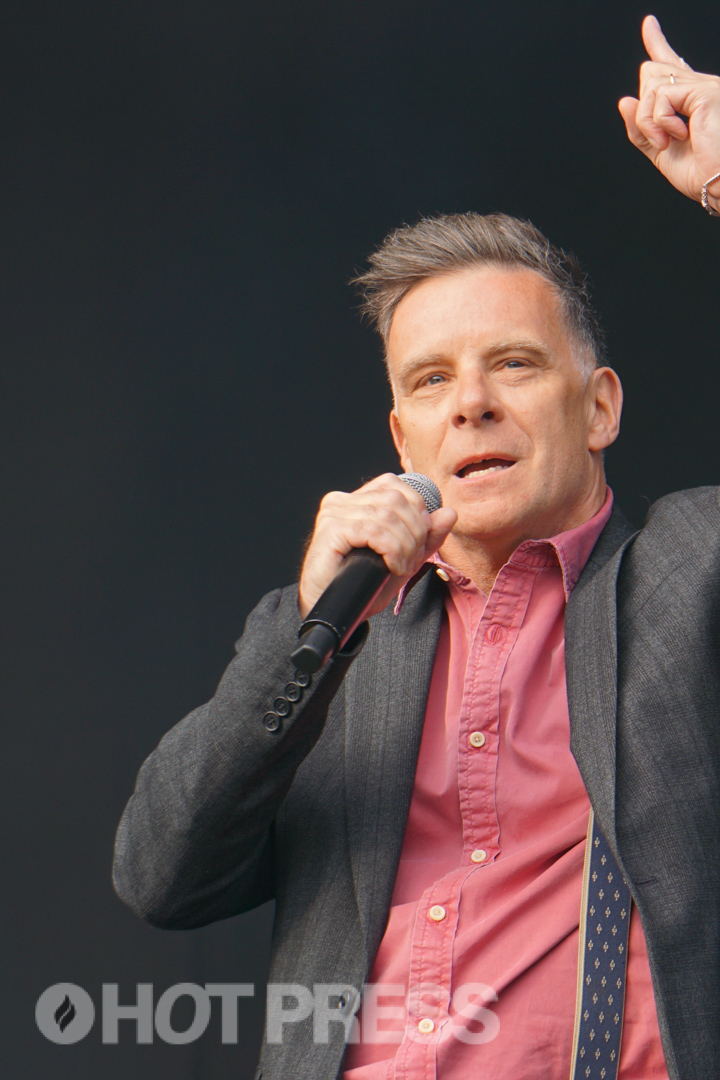 As the sky darkened and the temperature began to cool, the crowd's anticipation heightened as they waited for Heaton and Abbott to make their long awaited appearance. Welcoming the duo on stage, the audience burst into a flurry of applause as the country-esque beat of cheeky track, 'The Only Exercise I Get is You' off the pair's 2020 album, Manchester Calling began to play - showing off synchronicity and mellifluent harmonies. The extensive brass section added a warm undertone to the night's set with a selection of saxophone, trumpet and trombone sounds adding an extra layer of depth to each track.

Next on the setlist, 'Old Red Eyes', released in 1992 from the duo's days in pop-rock group The Beautiful South, sent a spark of electricity through the crowd as they began grooving along to the fiery track. Heaton, similar to Deacon Blue, apologised to the audience for having to cancel their two postponed Dublin shows and compile them into one night. The audience didn't mind at all, it seems.

The pair then launched into jaunty, joyous tune 'I Don't See Them' from their 2015 critically acclaimed studio album Wisdom, Laughter and Lines before treating fans to smooth electric guitar track 'I'll Sail This Ship Alone', another popular favourite from The Beautiful South days, prompting the audience to sing along to every word. Guitar in hand, Heaton set into drum heavy, 'Me and Your Farmer' paired with Abbot's stunning, complimentary vocals before giving her the limelight for classic The Beautiful South anthem 'Rotterdam (Or Anywhere)' which enlivened the audience with its infectious, catchy chorus and palpable positive energy. 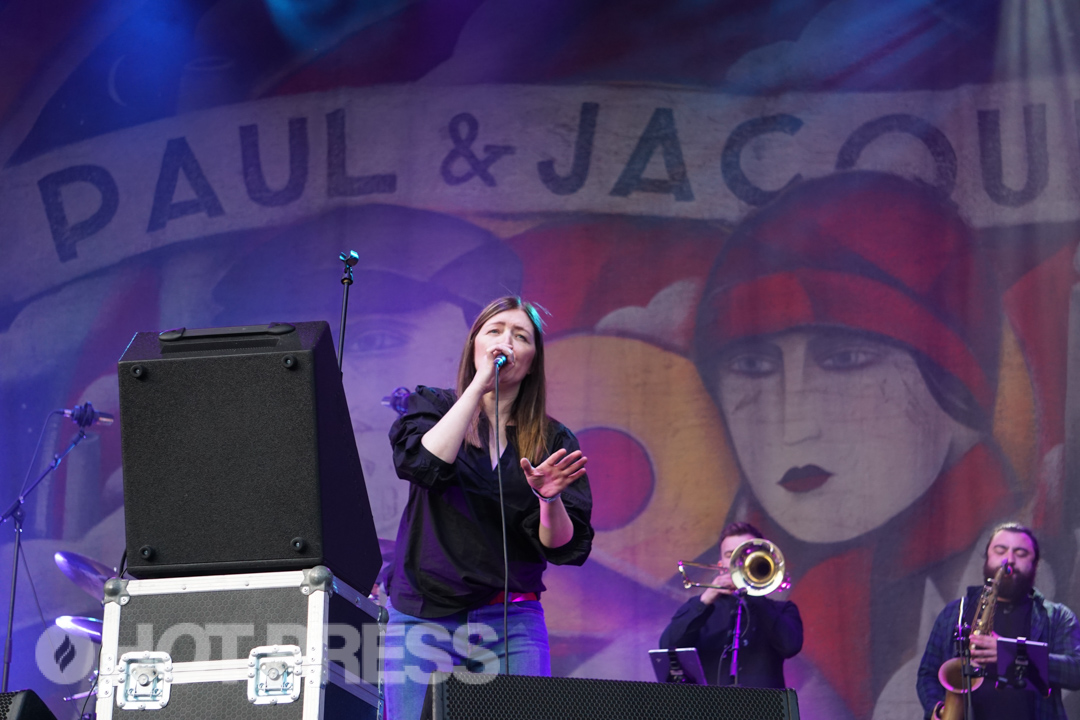 "I am now older than the people in our song," Heaton exclaimed afterwards, which evoked a round of applause and a roar of laughter from the crowd of all ages.

As the sun set, gleeful, bold track 'Don't Marry Her' had fans on their feet singing along to the unforgettable chorus, before flashing blue stage lights engulfed the band. The whinnying sound of static electricity penetrated the air, setting the scene for the duo to harmonise together on electronic bass induced track 'A Little Time'.

Spirited anthem 'Heatongrad' further bolstered the crowd's contagious energy before Heaton introduced each member of the band using the football team they support, a move which received a great reaction. Preparing the audience the final song of the night, Heaton announced that it was one he had not sang in over thirty years: Housemartins' track 'Think for a Minute'. As the night came to an end, darkness settled in and the band made their way off stage after thanking the audience. 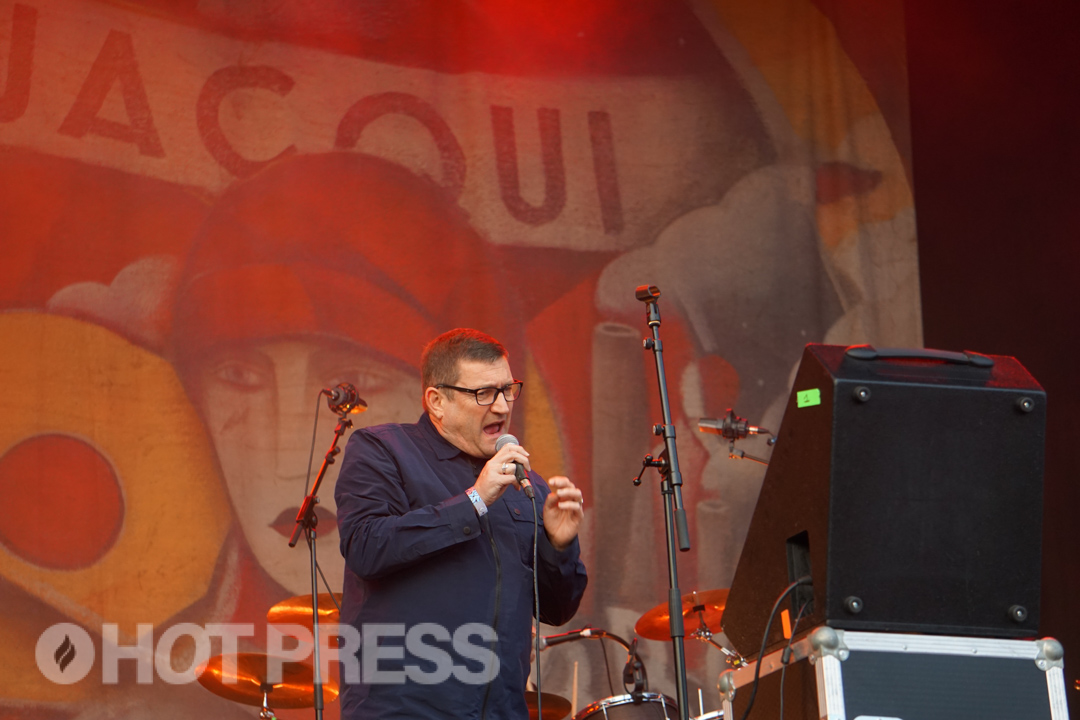 Buzzing from the set, the crowd chanted 'Ole, Ole, Ole', before Heaton and Abbott returned on stage for their encore with powerful vocal and impressive high note laden 'Let Love Speak Up Itself,' and punchy track 'Perfect 10', before once again exiting the stage.

The night didn't stop there. Abbott quickly re-emerged to take a photograph with the audience before the rest of the band joined her once again for iconic and chart-topping Housemartins' hit 'Caravan of Love' and left the stage before, you guessed it, they came on for one last time and finished the night off with jolly track 'Good as Gold'. Never a pair to disappear for good, their Irish return was a delight.

Listen to Manchester Calling below: