After kicking off his tour in Wales on Saturday, Noel Gallagher and his High Flying Birds gave Dublin an evening to remember on Sunday, starting the June Bank Holiday off with a bang.

Fans of all ages packed themselves into the wet and mucky St. Anne's Park, situated between the suburbs of Raheny and Clontarf on Dublin's northside.

Although Ireland's unpredictable weather was not on our side, nothing could stop this rowdy mob from having a good time.

Bangor outfit Two Door Cinema Club and their nostalgic groove also had the venue on its feet. Fan favourites 'What You Know' and 'Something Good Can Work' caused beautiful chaos, as familiar guitar riffs opened both classic tracks. 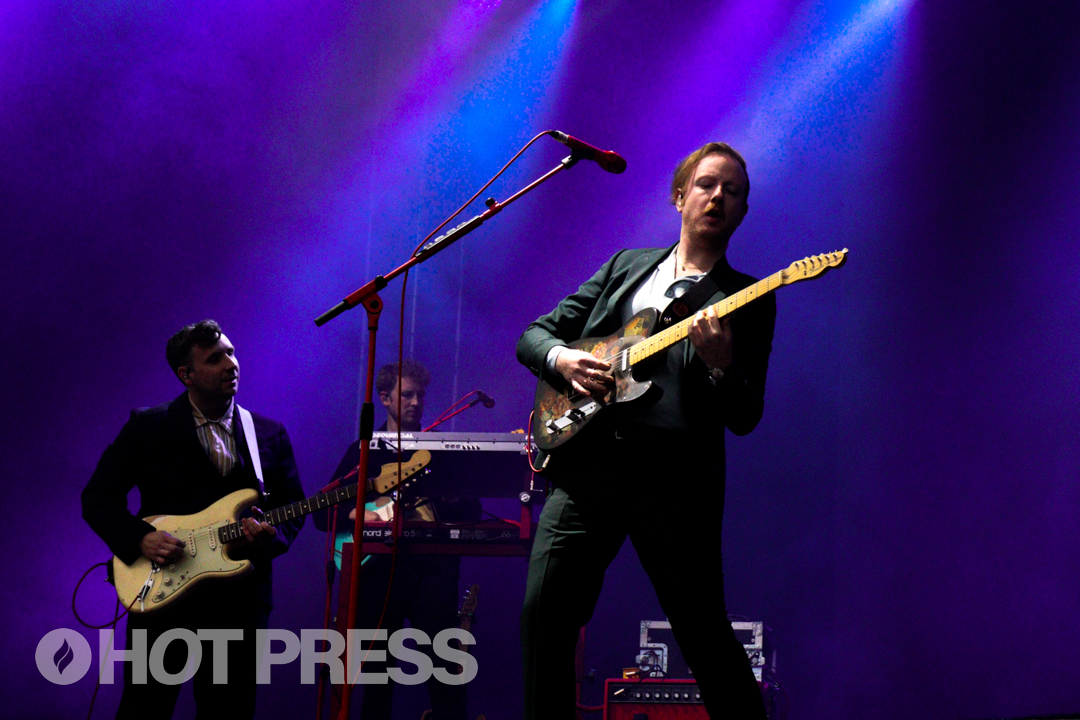 Finally, the man himself appears - looking exceptionally cool in his leather jacket, a look he pulls off all too well.

The crowd surged with a unanimous adrenaline rush as the Manchester icon - whose music soundtracked many of the audience's rebellious teenage years and unruly 20s - now stood in front of them.

Gallagher's eclectic setlist paid homage to the past and present. As he kicked off with 'Fort Knox' from the classic album Who Built The Moon?, crowds cheered and chanted as the psychedelic sound coursed through the venue. Keeping the crowd in the palm of his hand, he moved through 'Holy Mountain,' 'Keep On Reaching', 'She Taught Me How To Fly,' and more.

Naturally, he couldn't avoid playing some Oasis classics. After being heavily influenced by fellow working-class Mancunians, The Stone Roses, both himself and his brother Liam realised that a music career was indeed possible. It was an upward trajectory from there.

Oasis went on to have the UK's fastest-selling debut album of all time with their 1994 release, Definitely Maybe. They also enjoyed tremendous success throughout the mid-1990s as a prominent force in the Britpop movement.

After a handful of solo tracks, Noel made a segue into the iconic Oasis tune 'Little By Little,' which resulted in an eruption from the concertgoers, as predicted. Following on from this, he took fans on a trip down memory lane with 'The Importance of Being Idle' and 'Whatever'. 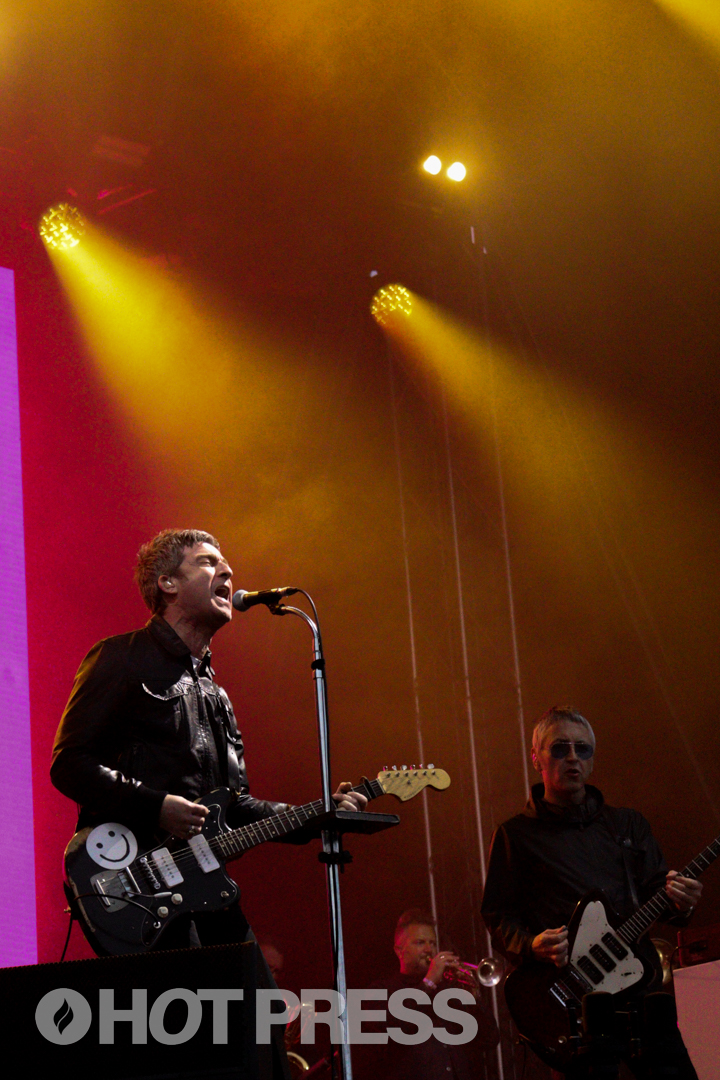 Suddenly, there was a brief intermission before Noel came toward the mic and sardonically declared: "This song is currently being butchered around the world right now."

The iconic 4-chord intro began and caused havoc amongst the crowd. Of course, it was 'Wonderwall.' Influenced by this very song and the iconic allure of the 90s Britpop bands, I could barely contain my own fever for the legendary track. 'Wonderwall' has become somewhat of a punchline in recent years for being subjected to poor covers by pub singers and various other musicians.

Noel also treated vans to the classic, yet vulnerable 'Half The World Away,' followed by 'Stop Crying Your Heart Out,' generating a few tears from the crowd (subtly brushed off as "rain", but we know the truth).

'Don't Look Back In Anger' had friends, couples, relatives, and even strangers putting arms around one another to belt out one of his most beloved anthems. Pints were raised into the air and it became a competition on who could sing with the most force.

Concluding the show with 'The Might Quinn,' devoted fans were left satisfied after having their fill of iconic tracks old and new.

As Noel stated on his Instagram after the show: "Top crowd as ever in Dublin!" 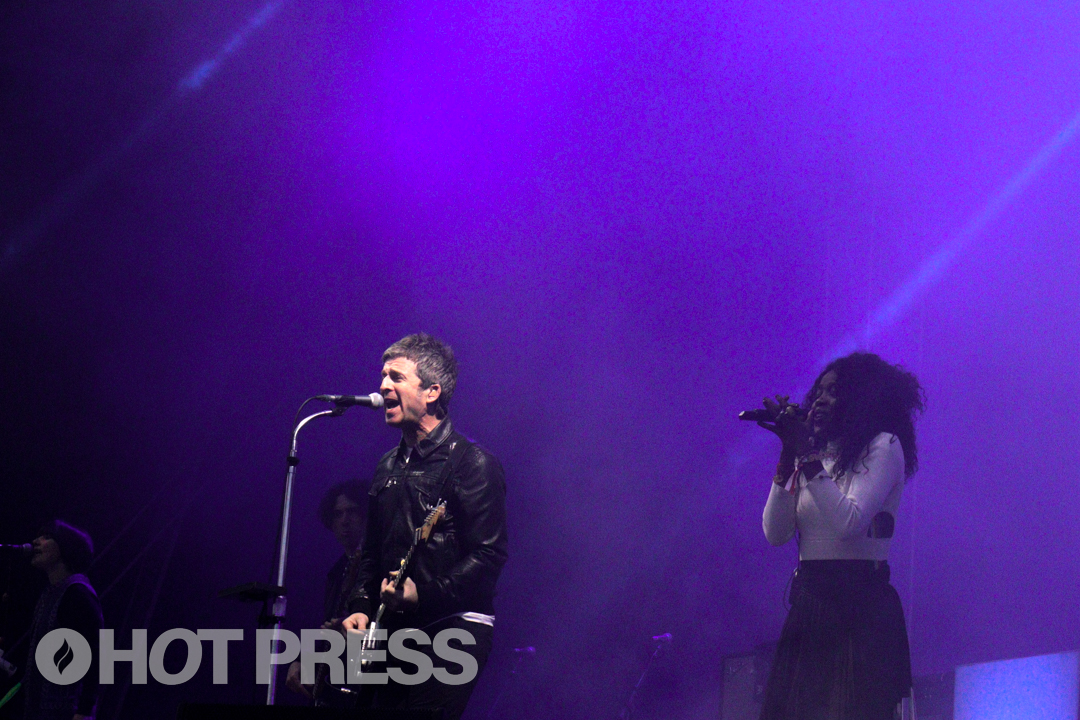