Live Report: Night two on the Road to the Great Escape with HighSchool, English Teacher, and the Clockworks at Grand Social
Sydney Johnson

HighSchool, English Teacher, and the Clockworks create a night of post-punk indulgence for night two of the Road to the Great Escape.

On Tuesday night, four venues across Dublin banded together to present the second night of The Road to the Great Escape - an epic series of live music showcases. The event hosted two dozen bands in a cutting-edge line up of both brand new and established artists.

Each of the venues - Whelan's, Workman's Club, the Grand Social, and Academy 2 - hosted three artists to perform in half-hour sets each night. The two day event was a huge success and introduced audiences to a mass of incredible new talents.

For the festival's conclusion, the Grand Social hosted a trio of imaginative new post-punk acts that galvanised the small venue.

The first to take the stage are Melbourne, goth-pop outfit HighSchool. The three member troupe seemed to have emerged from the pages of a 1980's zine. Spacey synth lines and shiny guitar riffs reawaken a nostalgic angst reminiscent of the Cure, the Smiths, and Joy Division. They're a moody, 'black eyeliner' kind of sexy - with a more industrial edge than pretty-boy glam rock. 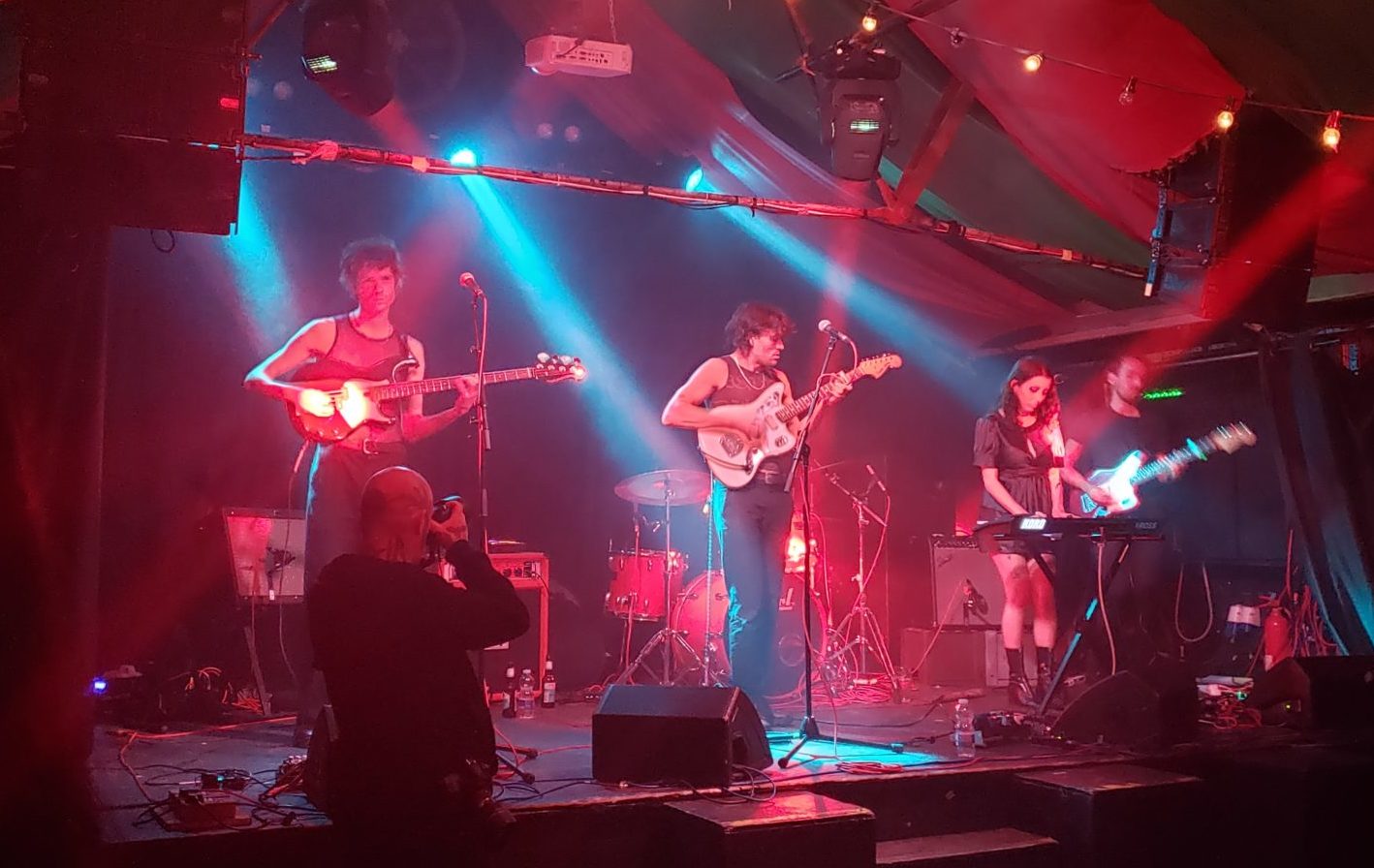 The sounds are familiar, but with an authenticity and vigour that prevents the band from feeling too derivative or cliche.

They present a sprawling collection of darkly beautiful tales of uncertainty and dislocation. The songs have an element of fantasy and we're invited to romanticise the sadness for anything it's worth.

Leeds based English Teacher is next up to give a roller coaster of a performance. The set is a spiral of bipolar post-punk tracks with mathy, unpredictable rhythyms. The four-piece have an edgy ethereality that turns the air darkly mystical. The crowd suddenly feels like a cult gathering as the beats become progressively unhinged. One can imagine trying to dance along and being driven to madness in an attempt to keep up with the changes.

This is, of course, immense fun. Structure is overrated anyway. I'd rather ride whatever wave these indie-punks came in on and see where it takes me. This goes double for the drummer, who seems to be playing with a vengeance.

The vibe is Halloween-noir with an onslaught of '80s synthesisers and cowbell thrown in. Their brand of indie doesn't compromise itself for a mainstream audience. If you want a chorus - you'll be waiting for a while. But for English Teacher, it's all about the journey and making every moment count.

Closing the night are The Clockworks, a band whose star-power immediately overwhelms the stage. The four have a magnetic energy that drag you into the volatile performance. The rockers deliver their unique wit, pounding bass lines and driving guitars, establishing their space in the post-punk sphere. 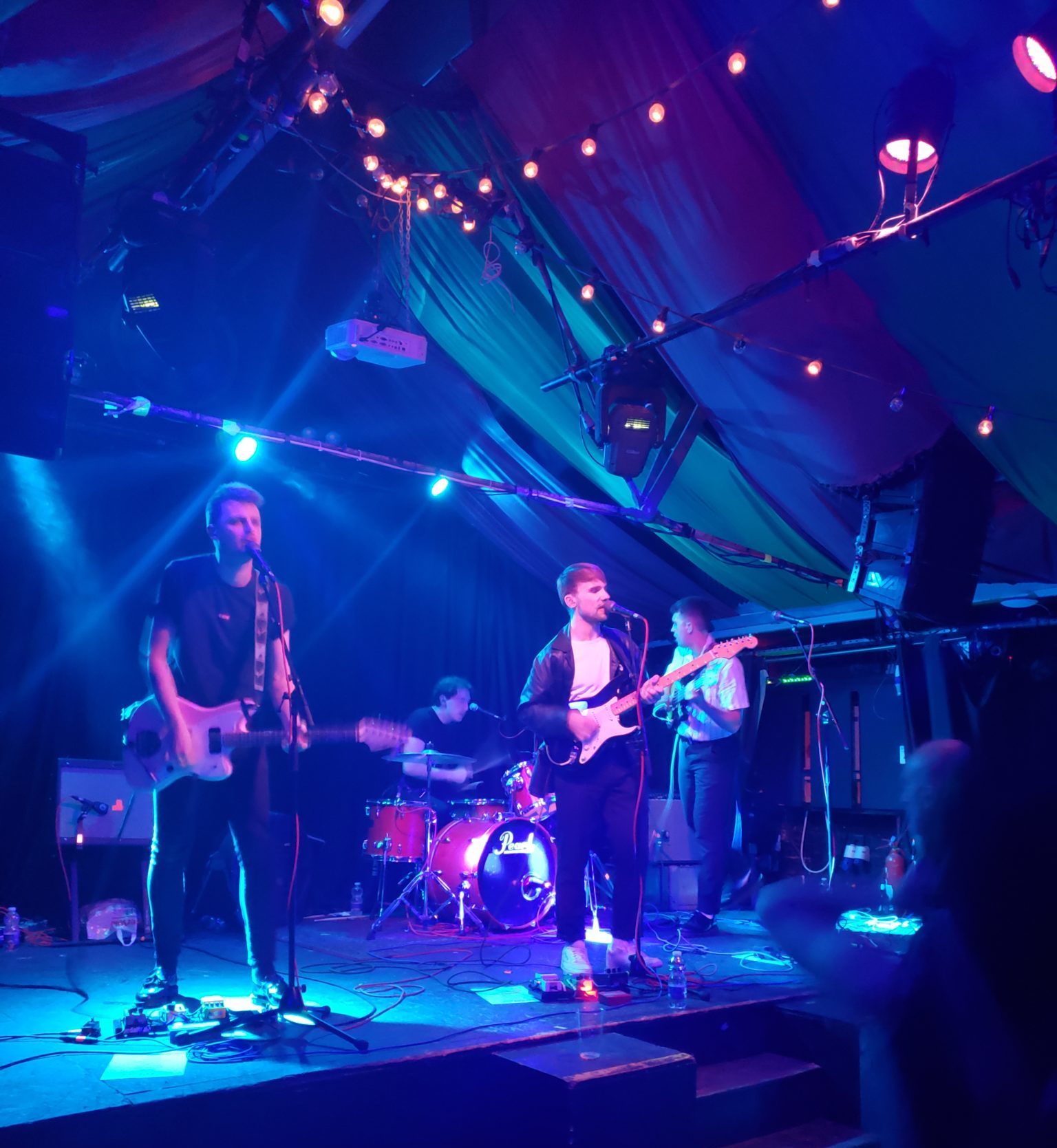 Hailing from Galway, the band moved to London to find their big break. They are now in the midst of a meteoric rise after being signed by Alan McGee. They've released several lauded singles and toured extensively with legendary bands Kings of Leon and the Pixies. All of this accomplished before a debut album has seen the light of day.

Their performance is tinged red with spite, relating stories of injustice and modern aggravations. They bring harsh truths centerstage with aggressive, politically conscious lyrics. Lines like "There's no romance in poverty / When dinner is a novelty" make me think that this is just the kind of music the world needs right now.