You know a gig was memorable when you leave the venue wishing that it could go on for a little longer – or wake up the next morning dreaming of multicolour strobe lights and of the artist’s name, MARINA, written in rhinestones.

That's exactly how this reviewer felt exiting the 3Olympia Theatre in Dublin on Wednesday night, after witnessing the last show of the 'Ancient Dreams in a Modern Land' Tour.

It was a special night for fans and for MARINA alike—and everyone knew it. Being her final album with Atlantic Records and the last performance of its tour, everyone in attendance for last night’s show was also there to mark the end of an era and to observe the beginning of a new pop dawn.

As soon as the doors opened and tickets were inspected and scanned, adoring fans of the 36-year-old Welsh singer (full name Marina Lambrini Diamandis) began pouring onto the floor and trickling into the steep balcony seats—determined to make it a proper Irish send off.

While crowd members enthusiastically awaited the arrival of the night’s headlining act, none could have welcomed the two opening artists, Caymanian singer-songwriter Maeve and Swedish singer-songwriter Tove Styrke, more warmly.

First up, dressed in a brilliant red coordinating set made of scraps of torn fabric, was Maeve. The rising act shared consistent banter with the audience at all times, engaging with them during her songs and even coming down after her set was finished to greet those standing in the first few rows.

Later came Tove Styrke, a phenomenal act that electrified the venue. Excellent stage presence would be an understatement for the electro-pop artist; everyone was under her spell for the duration of the performance. Closing off her set, Styrke performed a tribute to the iconic Swedish pop group, ABBA, singing 'Super Trouper', and then ended the performance with her recently released song, 'YouYouYou'. 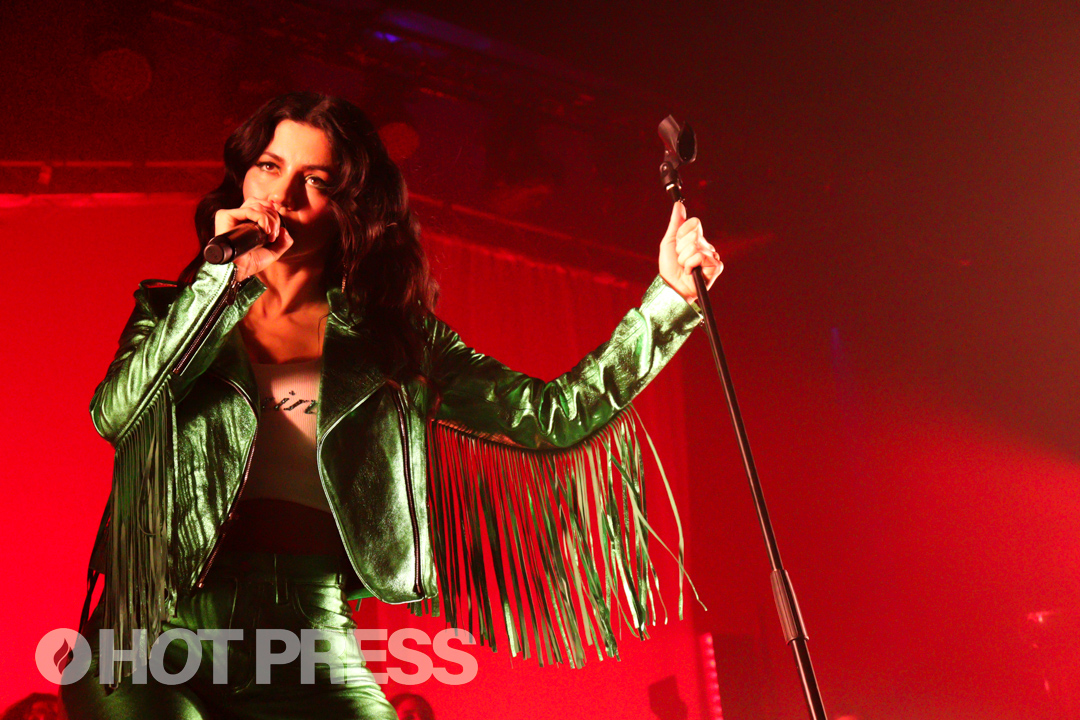 By then it was time for MARINA to take to the stage, which she did in an emerald green, metallic jacket with fringe detailing dangling from the sleeves, matching trousers and a tank with her name bedazzled on the chest.

Kicking off the night was the namesake of the album and of the tour, ‘Ancient Dreams in a Modern Land’ was met with all of the energy that had been mounting in the audience up until this point.

“Dublin! How are you doing?” greeted the art-pop singer-songwriter. “I’m so happy I’m ending my tour in Dublin here tonight, it feels right.”

Looking around, every person in the concert hall shared the same vibrancy as MARINA and fit the occasion perfectly. An excellent example was one concertgoer in the front row who held up a “Girlboss! Girlboss! Girlboss!” sign written in red permanent marker. Appropriately, MARINA went on to perform ‘Man’s World’, a bona fide girlboss anthem.

The special element of MARINA’s songs for myself, and for many others I presume, is the lyrical content. Most of her songs cater to feelings that young people frequently experience, from desiring success and the urge to find your way in the world to coping with experiences of poor mental health and heartache.

As a 19-year old, hearing the song ‘Are You Satisfied’ and the lyrics “People like to tell you what you're gonna be/it's not my problem if you don't see what I see” is hugely inspiring coming from a well acclaimed pop star such as herself. 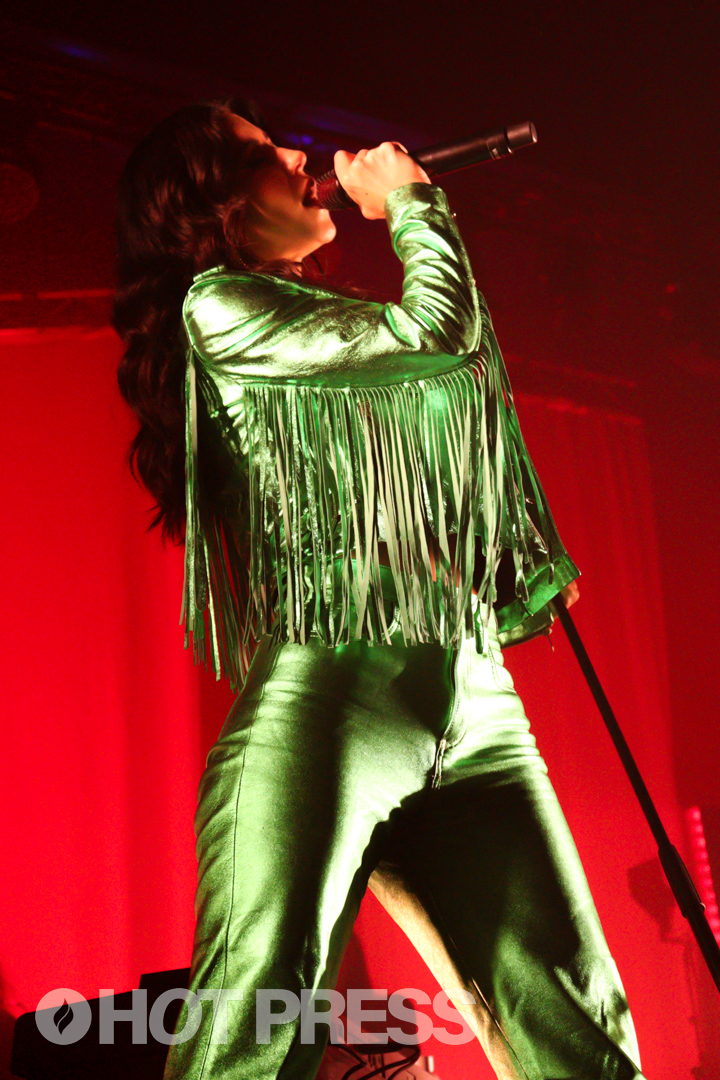 Everyone made sure she knew that by singing along with her to songs like 'Oh No!' saying, "I feel like I'm the worst but I only act like I'm the best!" and chanting "Taking back what's ours!" during the song 'Purge The Poison'.

A common theme throughout the entire set was power. MARINA stood on the stage of the iconic Dublin venue like a force to be reckoned with and the energy was exhilarating. To conclude the night and simultaneously the tour, MARINA performed her iconic viral track, ‘Primadonna’, for which she and her band received a standing ovation, taking a collective bow down centre stage.

With a blown kiss and one last “goodnight!”, the show was over.