After a rocky start to the evening, Dublin sensation, Malaki, refused to let the night go by without giving fans an unforgettable show - and that he did.

After a busy summer packed full of festivals, and with a brand new single just released, Dublin-based hip-hop artist Malaki kicked off his Irish tour on Wednesday night in Limerick's Dolan's.

Known for his incredible live shows, frequently jumping into the crowd and creating an indescribable atmosphere, the anticipation for his trip to the Kasbah was obvious.

Unfortunately, as fans arrived at the Dock Road venue, the sight wasn't very gig-like. Candles, torches and phone lights were out, as the entire pub had lost power. Huddled by the roaring fire in the heart of the bar, fans waited eagerly as Malaki came to the front of the venue, assuring fans there would still be a show.

As time crept by with no electricity other than 'tap' for cards, the singer encouraged everyone to keep drinking and promised there would be a resolution.

A hopeful flicker came about an hour after the show was meant to start, when Malaki was moving from Kasbah to the Warehouse, just in case the power went again - which it immediately did.

Finally, at about 10 o'clock, the power was restored and decided to stick around.

At approximately 10 past 10, almost two hours after the gig was meant to start, the opening act, Krome, a rapper from Shannon, arrived on stage. Playing a short set, the crowd warmed easily to the act, who deemed the tracks he was performing "bangers." The rapper performed a handful of tracks with his DJ, including 'Liar' and one "based on Spider Man," but definitely Toby Maguire and not "the other ones." 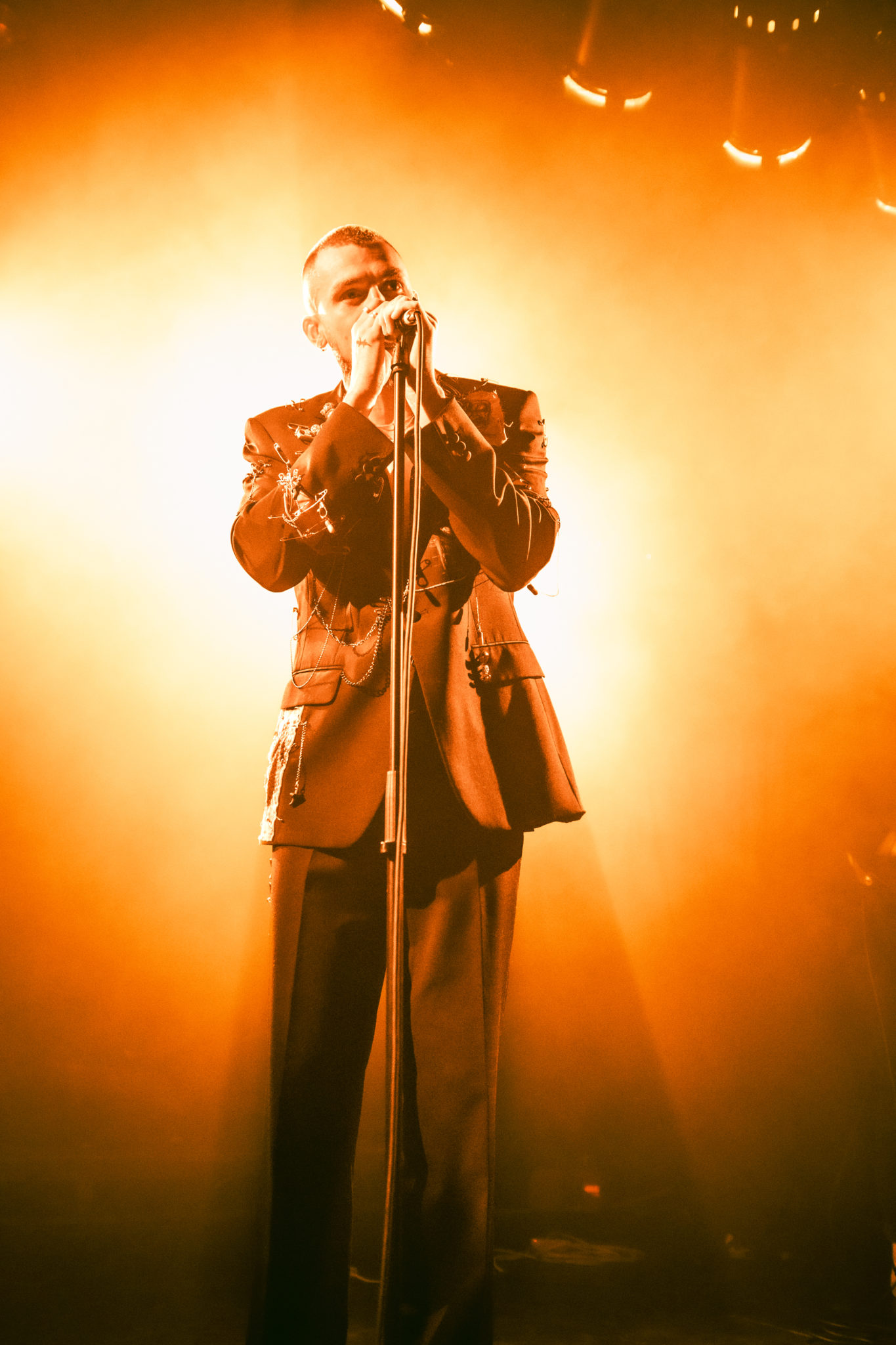 Quite shortly after, the highly-anticipated artist, Malaki, brought his chaos to the stage, joined by his band - consisting of a guitarist and drummer.

The rapper donned a white vest top, suit-style trousers, converse, and a DIY constructed suit jacket - with lyrics and pictures drawn onto it, and chains, etc. in tow.

Starting out the night with 'Scumbag', the artist received an extremely warm Limerick welcome for his unexpected Dolan's Warehouse debut. Despite the relatively small crowd for such a large space, the gig had a beautifully intimate feel.

Instructing the crowd to move up and huddle towards the stage, the artist expressed his gratitude to the crowd for staying around and enduring the power cut. Moving into 'Baby Bubblegum' the musician lost the jacket, freeing up his ability to move around the stage with ease. Building a connection with the crowd, interjecting to involve "Limerick" into every track. 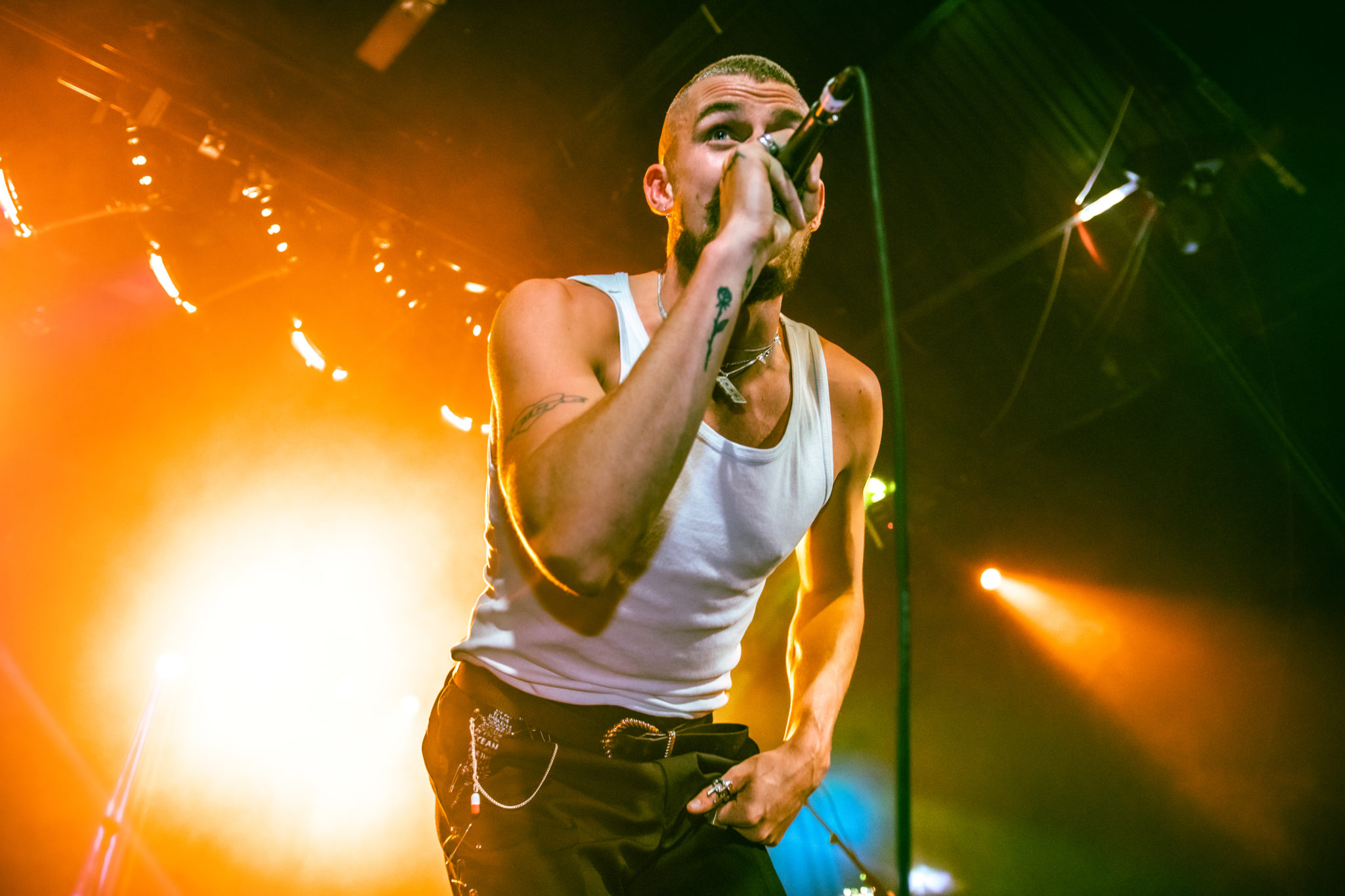 Slowing his set down for a moment, Malaki turned to the keyboard on the stage, selecting a few keys to loop. The recognisable tune of 'Paper Prophecies' settled in to the Dolan's stage, leaving the crowd stunned at his beautifully intimate lyrics. The artist's ability to evoke emotion and bridge the gap of performer to crowd was incredibly well done.

Picking up the pace again, the rapper next turned to '46A', a clear Limerick crowd favourite. Malaki almost looked shocked as the crowd repeated his lyrics back to him, jumping and dancing - hanging on every word he said.

The artist included the stunning 'Love Through a Cigarette' in his set, which clearly a lot of his OG fans connected with, as well as another of the Limerick crowd's favourites, 'Spreadsheets and Love Notes'. 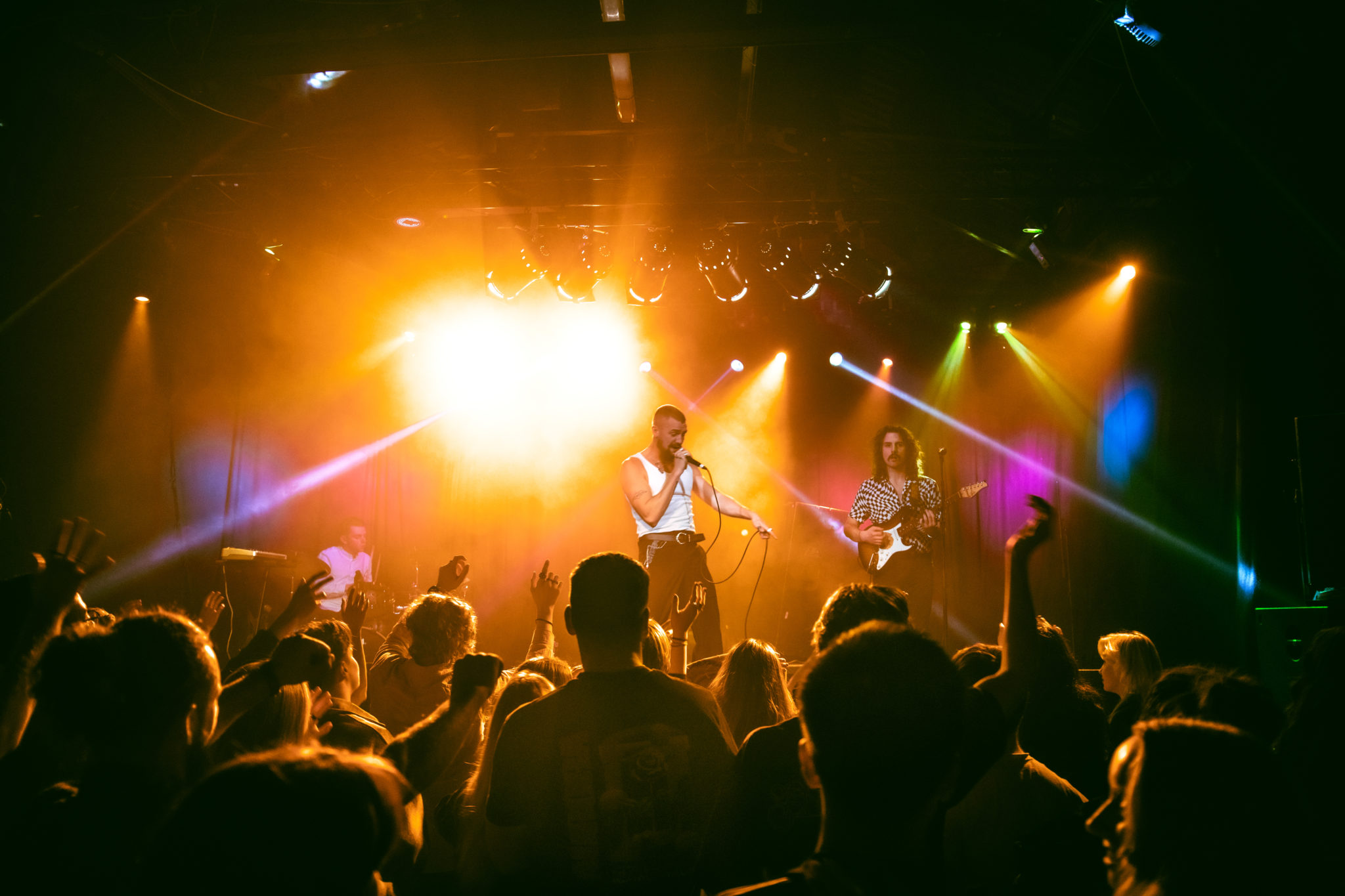 Asking the crowd if it was okay if he played a new, unreleased track, the rapper debuted a song he had just finished writing, yet to be given a title. This track was far different to the artist's usual stuff - a pop-punk feel oozed from it, far more similar to 'Never Mind' than to any of his other work.

After moving through another track, Malaki asked the crowd if they minded him coming down into the audience - which was, of course, met with thunderous applause. Asking the crowd to form a circle around him, the rapper broke into the poem/rap 'Call Us By Our Names'. Performing just a small section of the track a cappella, you cold've heard a pin drop in the room. The attentive crowd supported him through the track, allowing him then to return on stage. 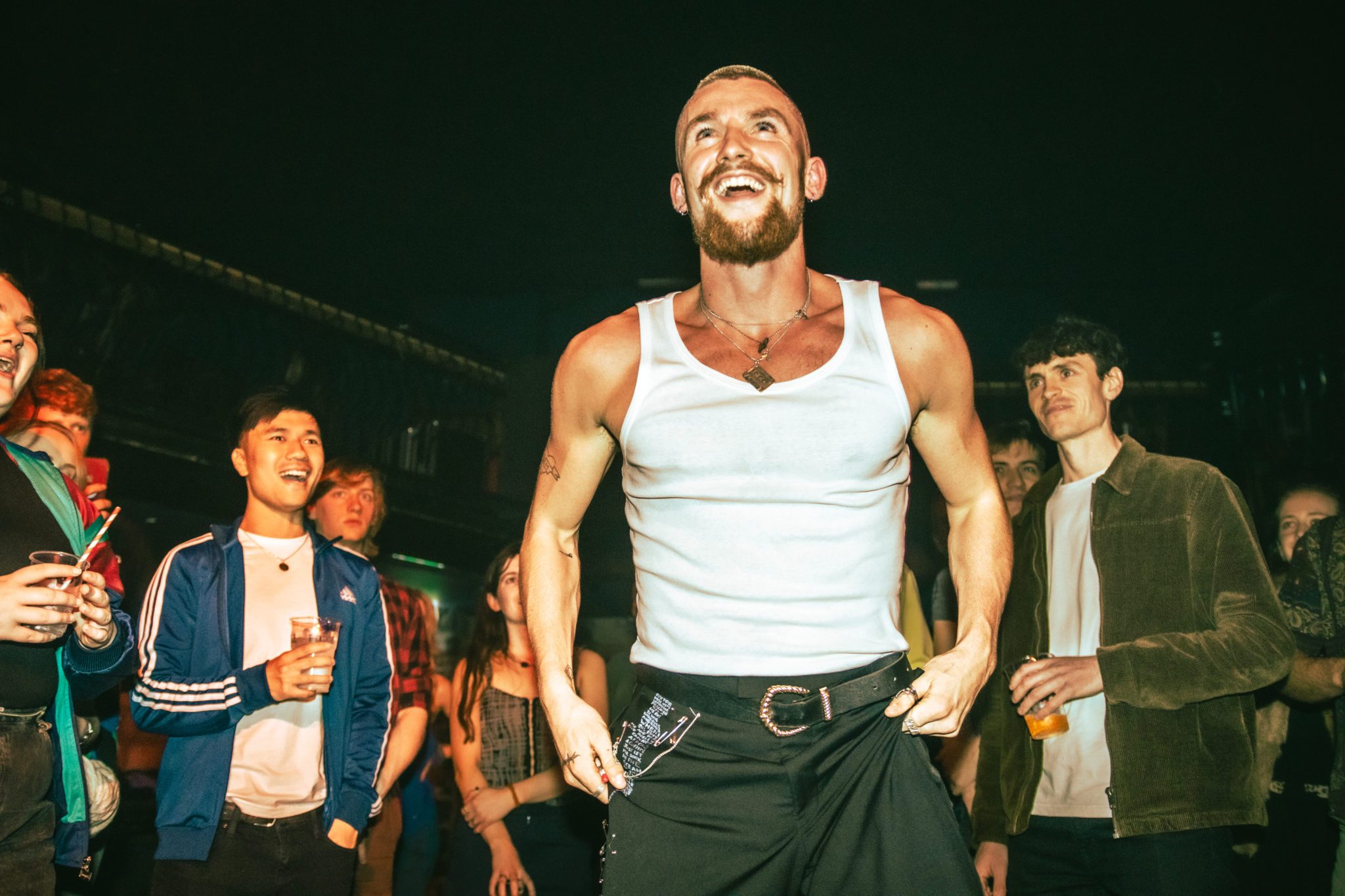 Once back on the stage, the artist moved into his brand new single 'Never Mind'. Shocked that the crowd already know the lyrics as it's only been released for a few weeks, the rapper expressed his gratitude to the audience.

Next up, the rapper slipped into possibly his most well-known track, 'Cuppa Tea', letting the fans fill in for Matthew Harris' vocals. He insisted the same for 'Fair Play', his next track. 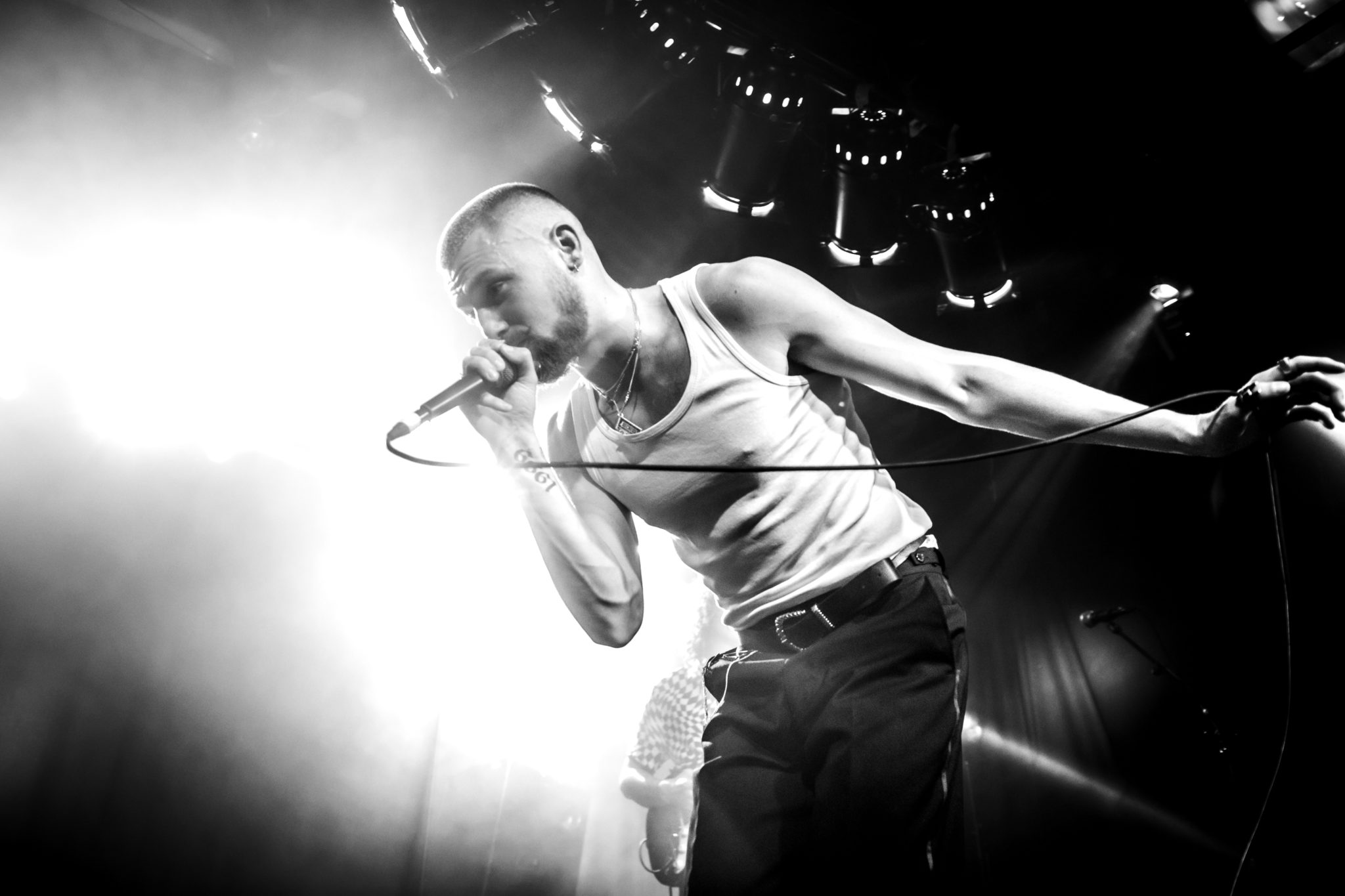 Thanking the crowd so much for their energy and for staying despite the hassle at the beginning of the set, Malaki and his band left the stage.

Not willing to accept that this was the end, the small crowd sounded like a sold out room when screaming "one more tune." The rapper obliged, of course, but admitted that he wasn't prepared for it to happen. "Do you want to hear 'Never Mind' again?" he said. "Sure it's only new." 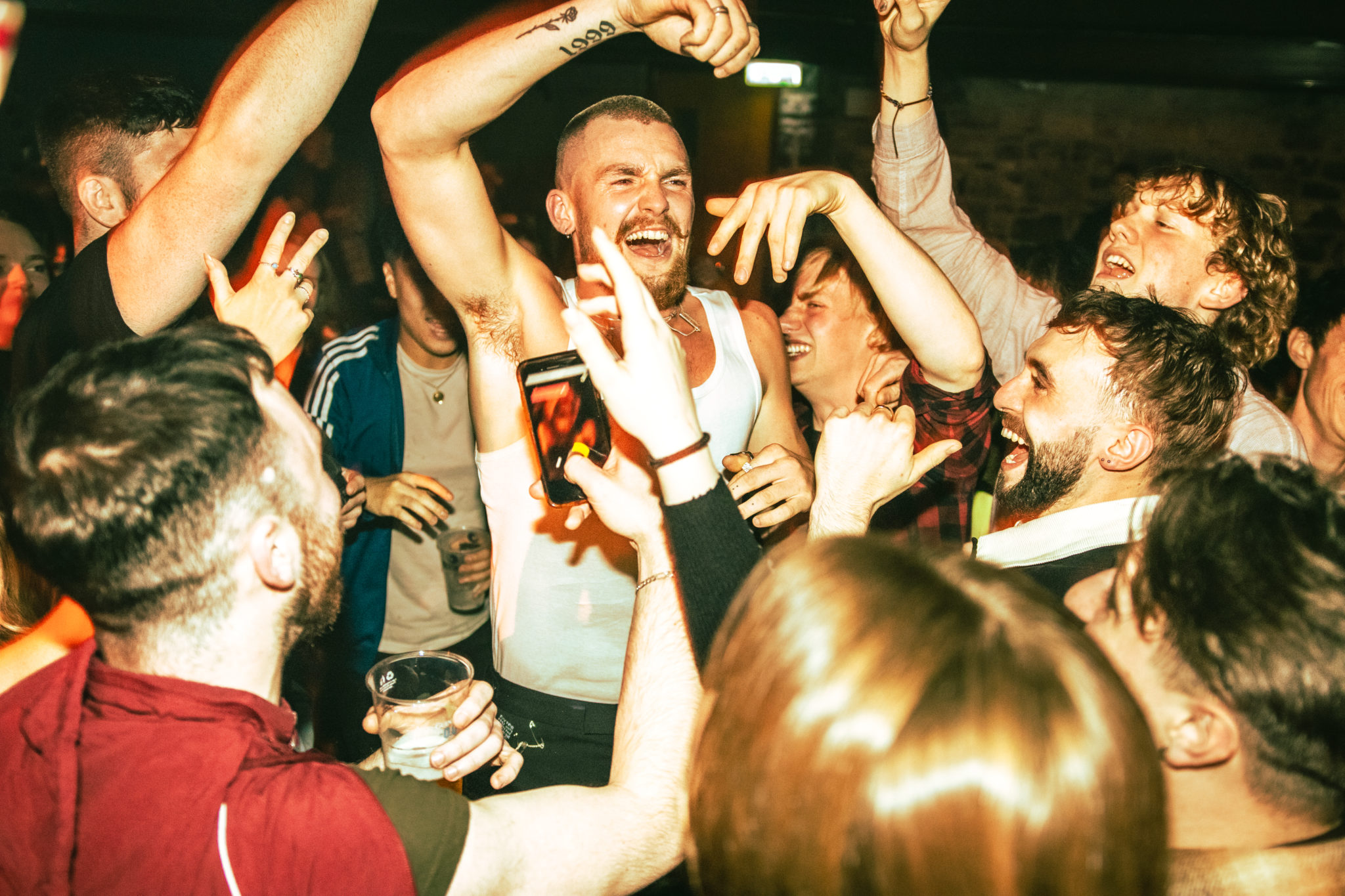 Even more excited than the first time, the crowd greeted the rapper with insane applause and screams for the opening of this track. The rapper jumped off the stage into the crowd to mosh with everyone, before reclaiming his spot on the stage for the final notes of the track.

Again, he thanked everyone for coming and for a final time, he left the stage.

A stunned looking crowd cheered as the lights came up, with fans all around commenting that this was the "best gig I've ever been to." This high praise was incredibly deserved by the extremely talented Dublin rapper, who overcame all obstacles in managing to put on a thoroughly enjoyable performance. His ability to rap at extreme speed, dance and jump around the stage, and still make personal connections with his fans, was far from lost on me.

What started out as a worrying night blossomed into a magnificent one - and cemented Malaki's place as an act deserving of the Dolan's Warehouse Stage.

Check out the artist's latest offering, 'Never Mind', below.