"The thing with calling it the Feral Joy Tour, is you sort of get what you ask for... Tonight I've been a little feral and a little joyful. There's a part of me that likes to believe that some weird ancestral anger comes out."

On the third night of her Feral Joy Tour, Maggie Rogers delivered a once in a lifetime kind of show to Dublin's 3Olympia Theatre. Between catering the setlist specifically to the audience, deciding to play an encore despite her disdain for them, and talking about feelings of hope, it seems as though Maggie herself and the crowd alike will not forget this evening anytime soon.

Starting the night on a lovely note was support act Samia. The 25-year-old singer songwriter from New York City is just as big a fan as Maggie Rogers as the rest of us. "I'll never forget seeing Maggie in 2019, it was like a Master Class. It's so amazing to see her every night. It is truly an honor to be here," she said. She began her set with the opening track from her debut album The Baby, the heartbreakingly intimate 'Pool'. "Is it too much to ask?" she sings repeatedly while passionately holding her chest. 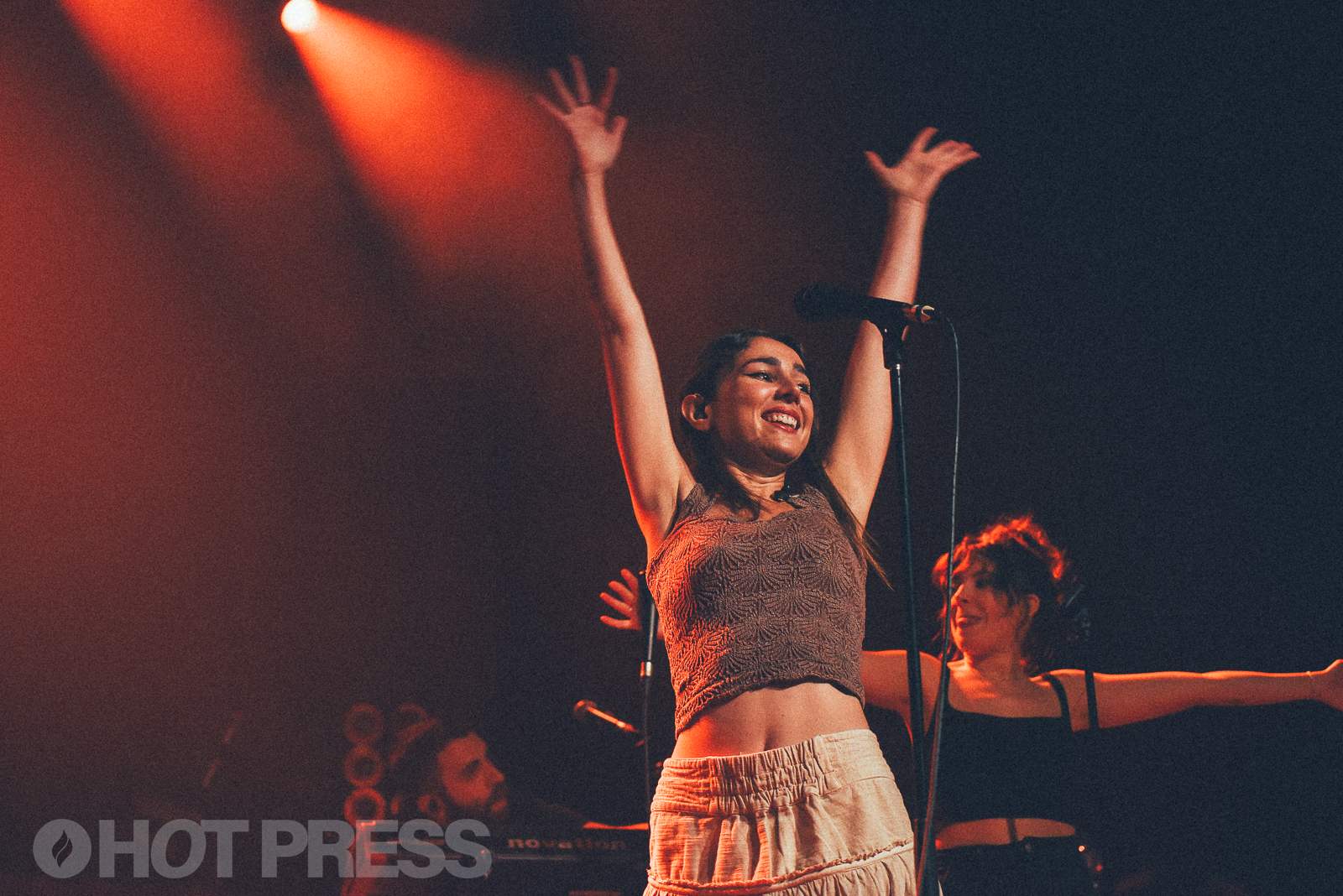 Continuing on in the album's order, the band gracefully switches energy for the upbeat 'Fit N Full'. Samia dances like there's no tomorrow, as she sings that she'll "show you what my mama gave me." She even manages to break it down to her sad songs (which she claims are of the majority) including 'Triptych', 'Stellate', and 'Big Wheel'. She shows off her incredible vocal talent in 'Triptych' as she flawlessly hits each high note in the angelic chorus: "I'll be good to you." She closed her set with a cover of 'Maps' by the Yeah Yeah Yeahs.

Then, the stage went dark. Maggie's intro began, as did flashing red lights and a whole lot of fog. The drums kicking off 'Overdrive' from her new album Surrender sent the crowd into a frenzy, as the lights finally brightened and the artist herself could be seen sporting a short, recently bleached hairstyle, a suit jacket and a frilly white shirt.

From there heading straight into arguably one of the most dance-able of her songs, 'Want Want', Maggie busted a move with all of her bandmates. The band was incredibly full- with a drummer, a percussionist, two guitarists (occasionally three), a bassist, and a synths player.

The band began to play 'Say It', but Maggie halted for a minute. "Dublin, I have a question for you. Do not tell me you are going to be the first show to sell out, and the last one to stand up..." she said, causing almost every single person to rise. "If you can't stand up, I still love you. Safety first," she said before proceeding with the song which she said is about "having a crush."

Shockingly early into her set, the musician played the hit song that sent her into the mainstream after she showed it to producer Pharrell Williams: 'Alaska', from her 2017 EP Now That The Light Is Fading. She sang the first verse a capella, which along with the audience almost sounded like a church chorus. A noticeable talent of Maggie's is to perform her vocals amazingly similar to their recordings, while simultaneously adding new vocal runs and ad-libs to keep the audience enthralled. 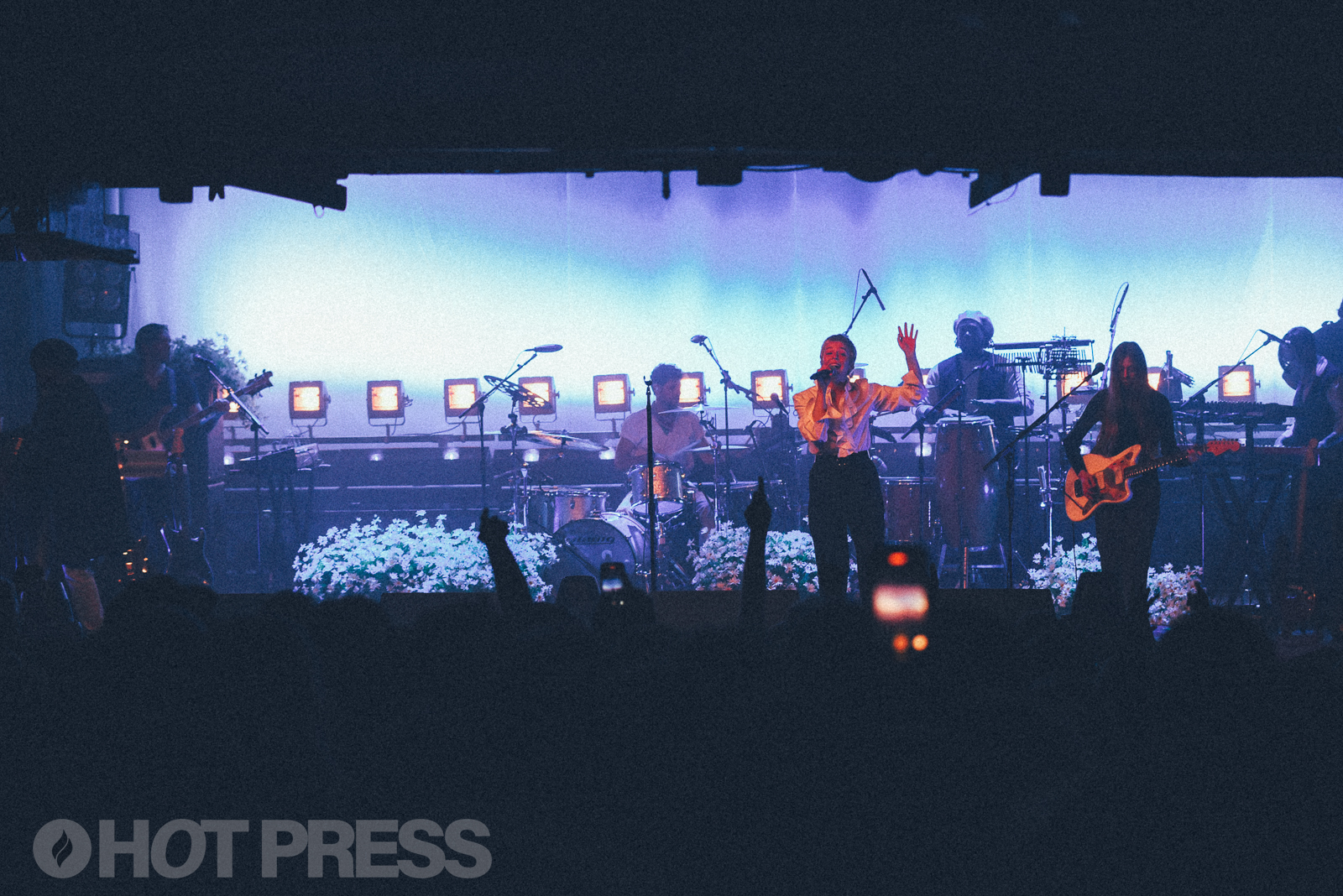 As most artists do, Maggie shared that she has a special place in her heart for performing in Dublin. "I have been thinking about playing this show in Dublin for fucking three years. The last time I was here was in 2018 when I was opening for HAIM. I am so happy to be here," she said. The next song was 'Love You For A Long Time'- which felt fitting.

Between songs, the stage went dark for longer than usual, leaving the crowd to wonder if something was going on. Maggie revealed that the band had been "calling the setlist on the fly." She explained that she has been playing the same setlist for so long with only one full length record out. "It's so nice to have two records out, but fuck, it's hard to pick! We find that by calling it on the fly, we're able to meet you where you are," she explained. 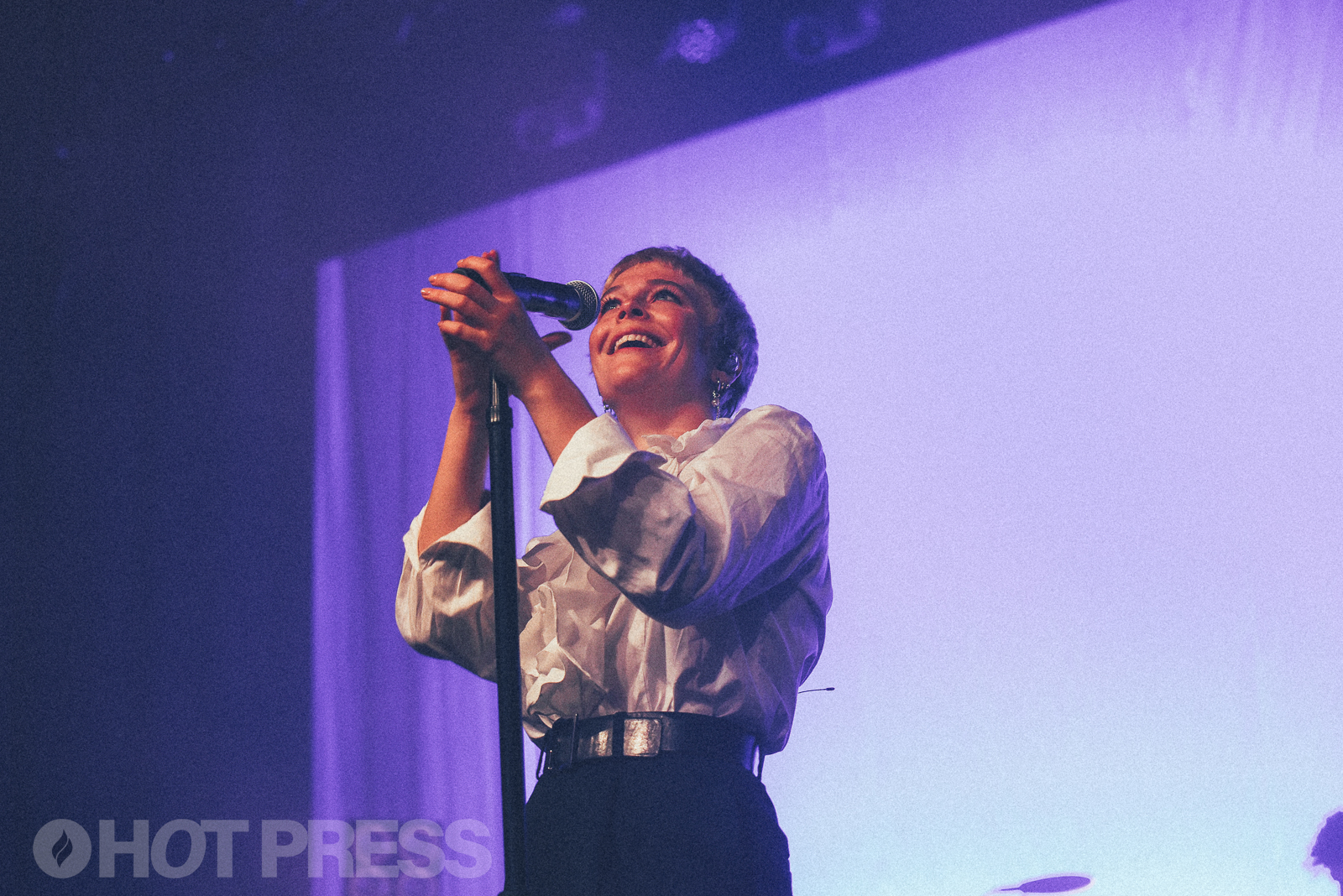 Next she introduced 'I Got A Friend', which she said she always imagined playing in a pub. "All of my ancestors are Irish and to me..." Maggie began, but was quickly interrupted by the Irish football chant, "ole ole ole!" She eventually got the crowd quiet enough to play the song. The keys player got a special shoutout after this one.

Slowing it down, she got out the acoustic guitar for 'Begging For It' and 'Horses'. She quickly picked it back up for 'Anywhere With You,' and 'Light On.' We all took a meditative moment, by Maggie's instruction, during 'Symphony'. 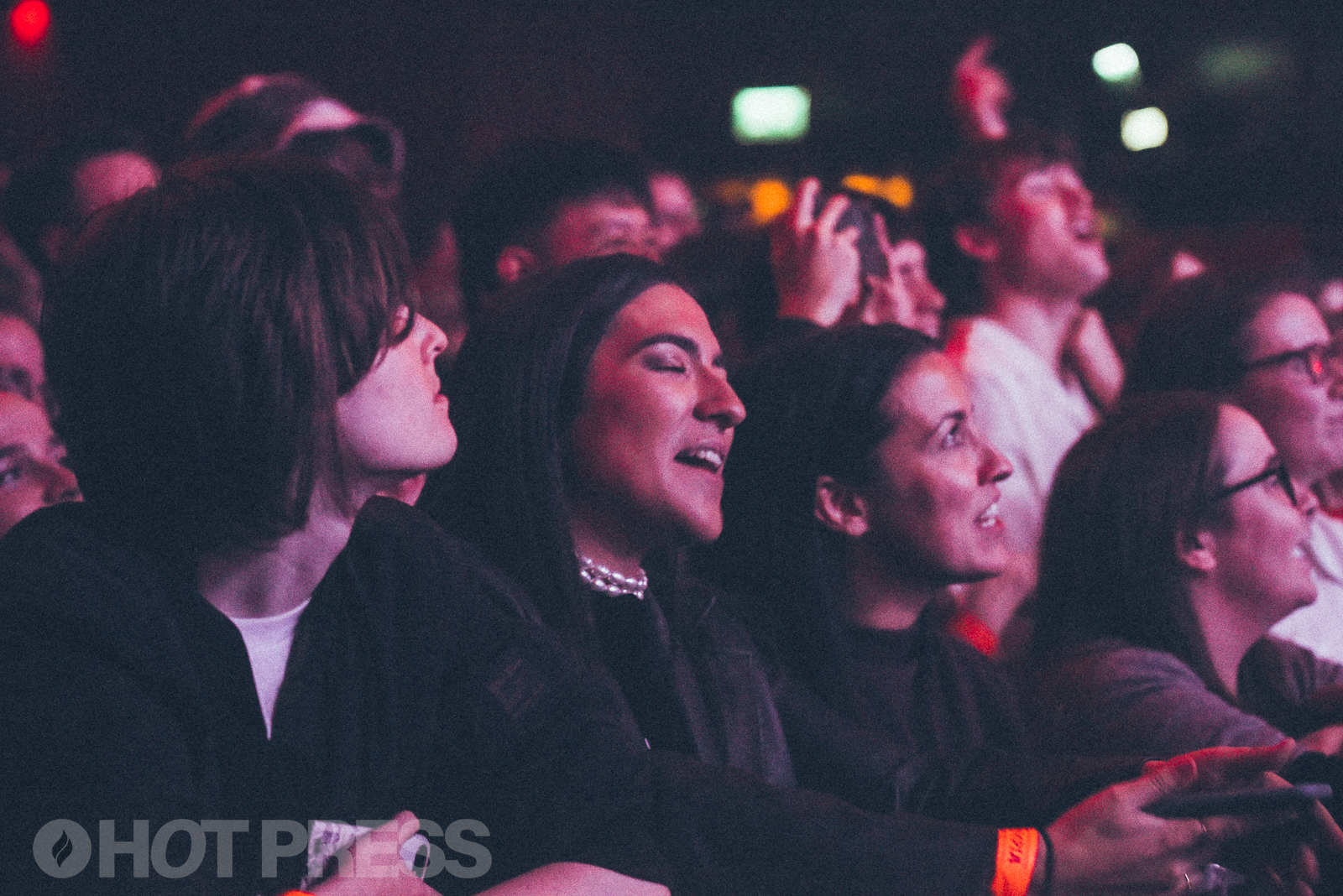 "The thing with calling it the Feral Joy Tour, is you sort of get what you ask for. Tonight I've been a little feral and a little joyful. There's a part of me that likes to believe that some weird ancestral anger comes out. So surrender to it," she said.

The supposed "last song" was 'That's Where I Am', the first single released off Surrender. The crowd could be heard singing along to every word. The band then exited the stage, only to return for the encore. Maggie, however, has been known to have mixed feelings about encores. She recently made a TikTok calling them "disingenuous".  She explained, "We went back stage, we talked about it. If you've seen me on social media, I'm really uncomfortable slash unsure about encores and I don't know what to do about them. But, not only have you guys been fucking right with me the whole show, but I'm still kind of mad and need that to go somewhere."

So, she continued on to play 'Falling Water' from 2019 album Heard It In A Past Life.

The actual last song was 'Different Kind of World', which is the final track on Surrender. "It's a weird fucking time to be alive. Nights like these give me hope," she said, before ending the evening with the acoustic ballad.