Even though Kojaque's set is taking place during the final few hours of this year's Longitude Festival, the intimate Heineken Tent is alive with a fresh sense of renewed energy as fans make their way up to the stage. A slow build-up gets the crowd hyped up for atmospheric track 'Heartbreak' off the Cabra rapper's well received debut album Town's Dead, which tackles issues relating to life in modern Ireland including the gentrification of Dublin and the housing crisis.

Accompanied by the sound of a smooth saxaphone, Kojaque prances around on stage as he belts out the lyrics of high energy track 'Shmelly' and expertly hypes up the crowd. The intense, synth-laden rhythm of 'That Deep' begins to play before he announces how great it feels to be back at Longitude, referencing his 2019 show at the festival. Appreciating the crowd's energy following mellow beat 'Wickid Tongues' he moves onto paired-back, chill track 'No Hands' and gets the crowd to clap along to the song's chorus. 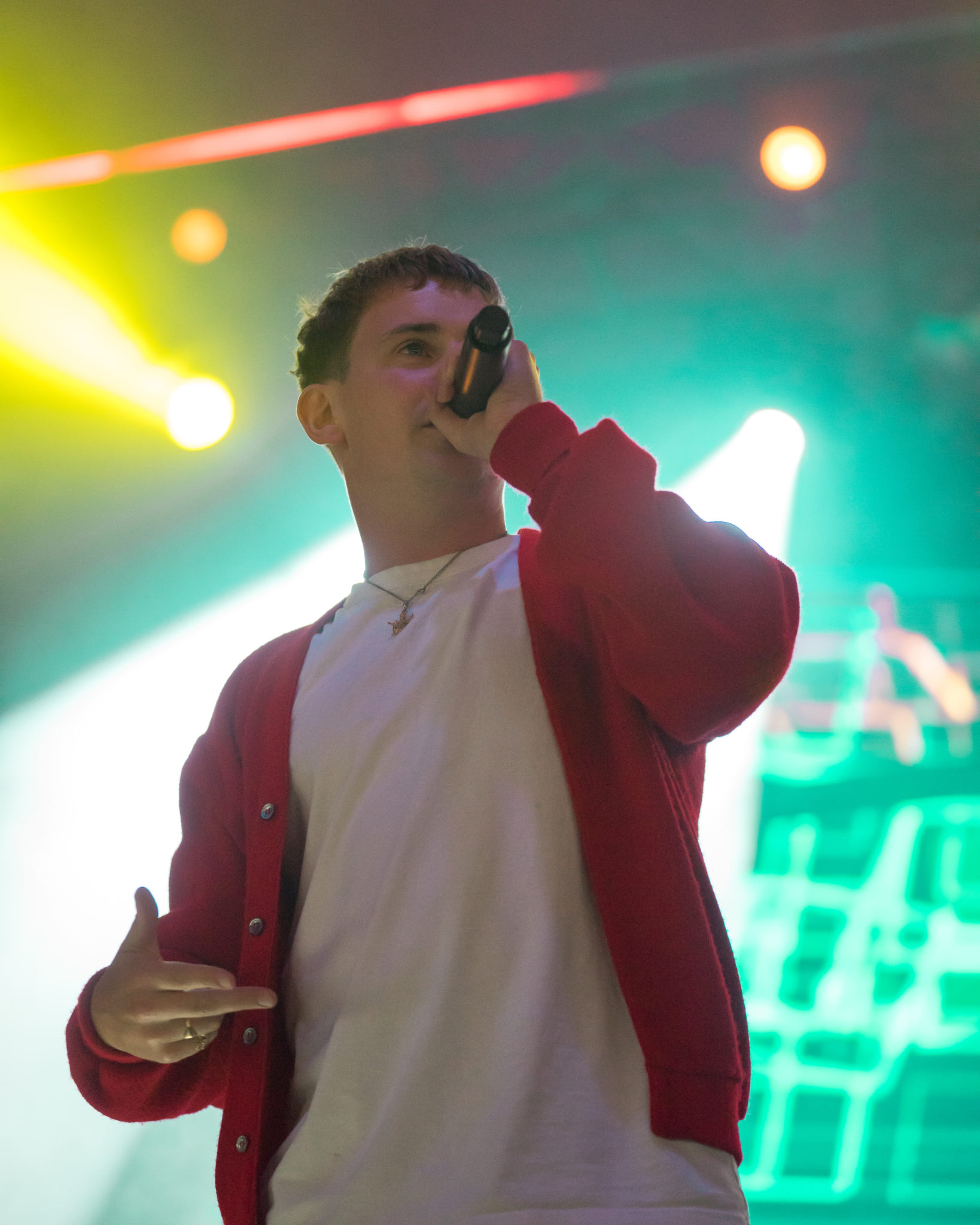 Kojaque at Longitude 2022 by Anthony Oloruntoba.

Kojaque brings fellow musician Kean Kavanagh from behind the DJ booth to preform their 2021 collaboration 'Eviction Notice' which seriously showcases the singer's powerful, buttery vocals as the pair harmonise on stage. After the duet finishes, Kojaque leaps on top of Kavanagh in a show of appreciation and the audience give a roar in support. Joking with the crowd, he notices someone on Facetime and asks 'is that your da?' which earns a cheer from fans.

"We've done the sad ones, let's get to the sexy part of the set" Kojaque shouts before launching into 'Sex N' Drugs' and adding "Let's Get Sexy!" Fun, energetic track 'Coming Up' begins to play and special guest Luka Palm arrives on stage. "I'm not sure if you know this but it happens to be date night" Kojaque says and immediately dives into the duo's 2019 song 'Date Night' and jumps into the crowd as the energy is at an all time high. Taking off his long red cardigan, he gets ready for intensely chaotic Town's Dead title track, as the crowd goes wild. "Longitude I wanna see you get more rowdy" he says and the audience quickly obliges for a fantastic finale.

Check out our 2021 interview with Kojaque here.