They say that patience is a virtue and if that’s true, then Hot Press must surely be reaching Saint-like status any day now. You see, your humble scribe first got wind of Iron Maiden’s plans for their biggest Belfast show to date this time three years ago as part of the annual Belsonic festival in Ormeau Park. While unfortunately the six-piece’s first ever outdoor gig in the city didn’t materialise in 2020 thanks to a series of well documented cancellations and global calamities, Steve Harris’ merry men (plus one pet monster named Eddie) didn’t forget us and tonight we finally get to witness the long awaited return of the kings of metal.

Back out on the road as part of their greatest hits themed Legacy Of The Beast world tour, the laurels-phobic Irons’ have also added a hat trick of treats from 2021’s critically acclaimed double album Senjutsu to the set for the trek and open the show with a bang with the title track.

A brooding number full of bullish guitars and neck bothering basslines, singer Bruce Dickinson, who’s clearly got a proverbial painting in the attic, prances around the pagodas that litter the stage while trying to escape the clutches of a ten foot tall Eddie dressed in samurai gear and genuinely looks as delighted as we are that the band are back in business. 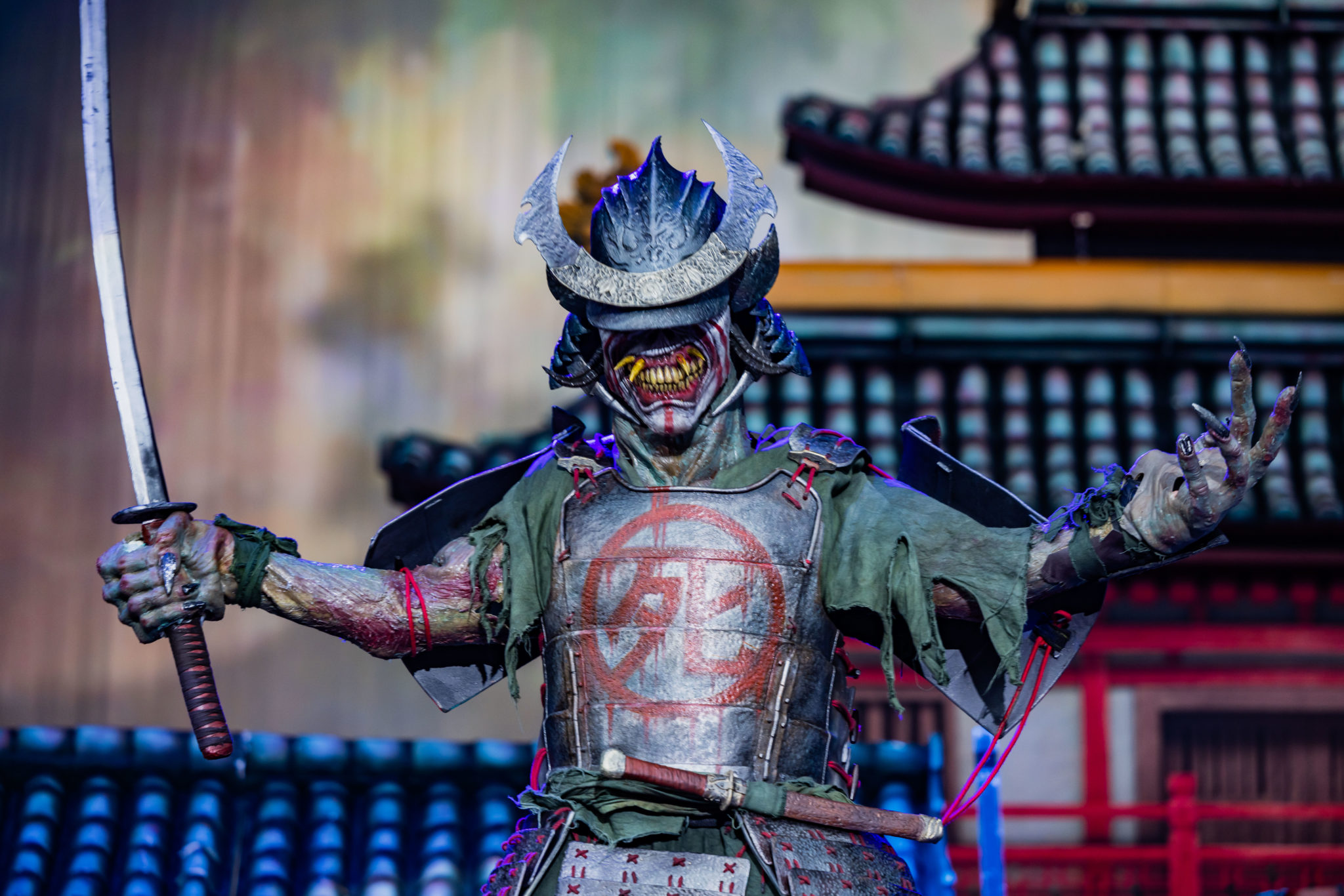 ‘Stratego’ is next. Driven by that famous Maiden gallop, it’s a bombastic stomper that sets the tone for the two hours to come, while ‘The Writing On The Wall’ is an early contender for song of the night.

Serving as a welcome curveball, this cowpunk meets Horslips number already feels like a classic and that booming chorus delivers goosebumps you could hang a hat off.

Next up is the once misunderstood monster ‘Sign Of The Cross.’ One of the highlights from their last Belfast show in 2018, this time change-laden, Gregorian chant-loaded epic has always been a personal favourite from the Blaze Bayley-era in the '90s and it’s a thrill seeing a whole new generation re-discover it. Dickinson, in full on Peter Cushing mode complete with light up cross and cape, delivers a powerful performance as the Belfast sky is blanketed by pyro.

On the subject of the Maiden frontman, the time off has clearly done him the world of good. Looking fighting fit, his vocals are a knockout all night, especially on the likes of ‘Flight Of Icarus’ (complete with flame gauntlets) and the evergreen ‘Fear Of The Dark.’

Elsewhere, while this reviewer would prefer to see ‘The Number Of The Beast’ replaced with a deeper cut, thousands of fans in attendance would disagree with me and they lapped up a performance which featured more fiery emissions than Beelzebub's bathroom after a particularly spicy burrito.

Before we know it, we’re at the end of the show and second encore ‘Aces High’ leaves us speechless. Also featuring a giant spitfire hanging above the rafters, the Powerslave classic is as exhilarating now as it was in the 80s and leaves little doubt that Maiden’s explosive Belsonic debut will be hard to beat. Chalk this one down as the festival’s best ever headline set. 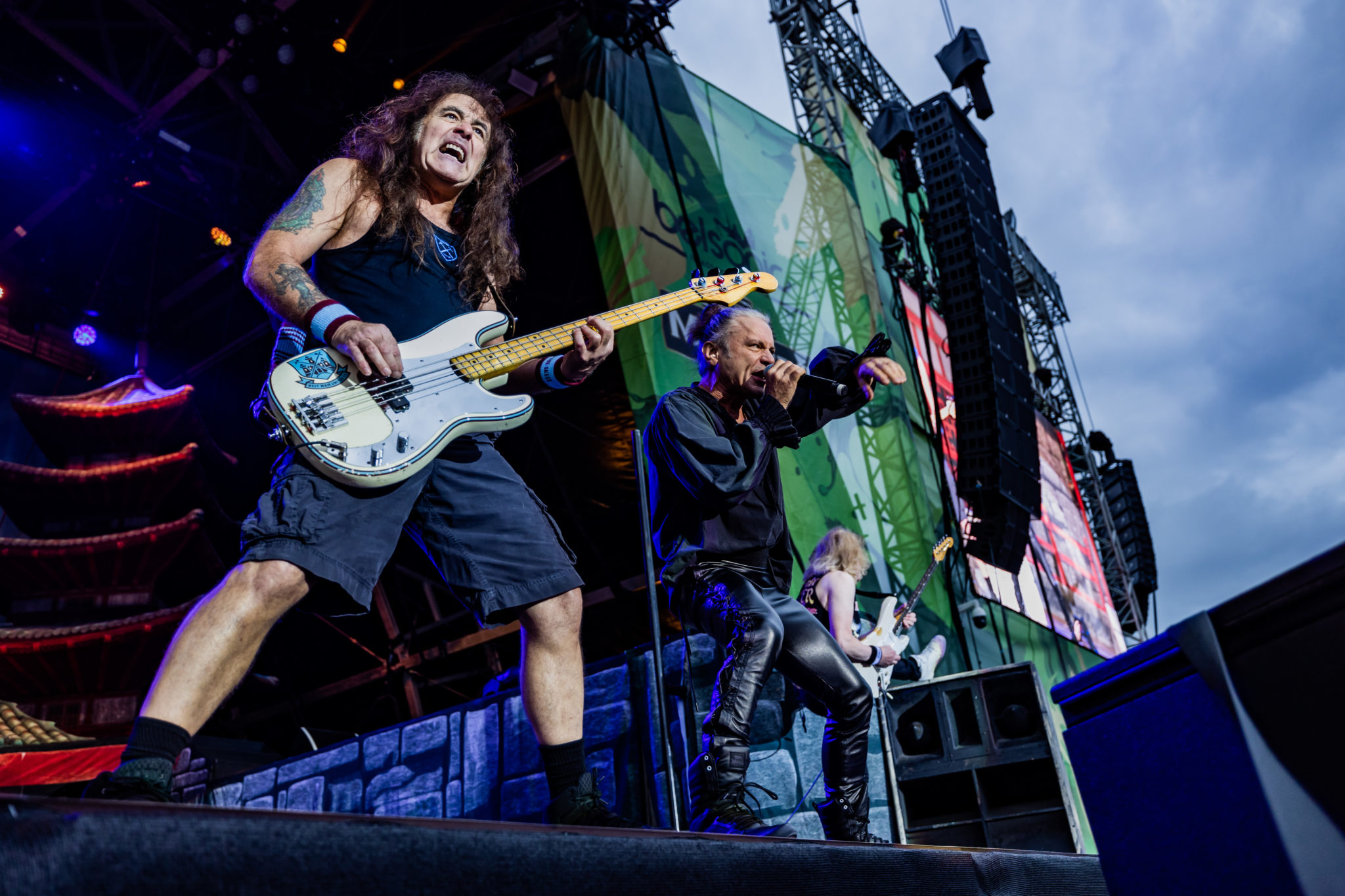