What's the opening night of a major 36-date world tour like, you wonder? It's thrilling, loud, and in Inhaler's case jam-packed with fifteen of their biggest hits. From 'My Honest Face' to 'It Won't Always Be Like This', 'Love Will Get You There', 'Cheer Up' and much more, the Dublin rockers left little to be desired.

Their stage presence was superb, their musicianship excellent. And the 3Olympia Theatre crowd went wild - quite understandably so.

Inhaler returned to the historic Dublin venue for the first of two nights last night, ahead of taking their electric show across the pond for a string of dates in the US and UK next year.

"I'm stranded here again, another Friday night... Turn up the music, black out the lights," they launched into their set just after 9pm. It was a Wednesday night, you see, but that didn't dampen the mood.

To the contrary! The screams of excitement were deafening when the band appeared on stage to their energetic summer anthem 'These Are The Days'. There were strobe lights in every colour under the sun, sexy dance moves, and suits that looked beyond cool.

Frontman Elijah Hewson, bassist Robert Keating, guitarist Josh Jenkinson and drummer Ryan McMahon had the crowd in the palm of their hands from the very first note. In fact, they proved once again that they aren't just here courtesy of Elijah's dad Paul Hewson (aka Bono, you might have heard of him), but very much in their own right. 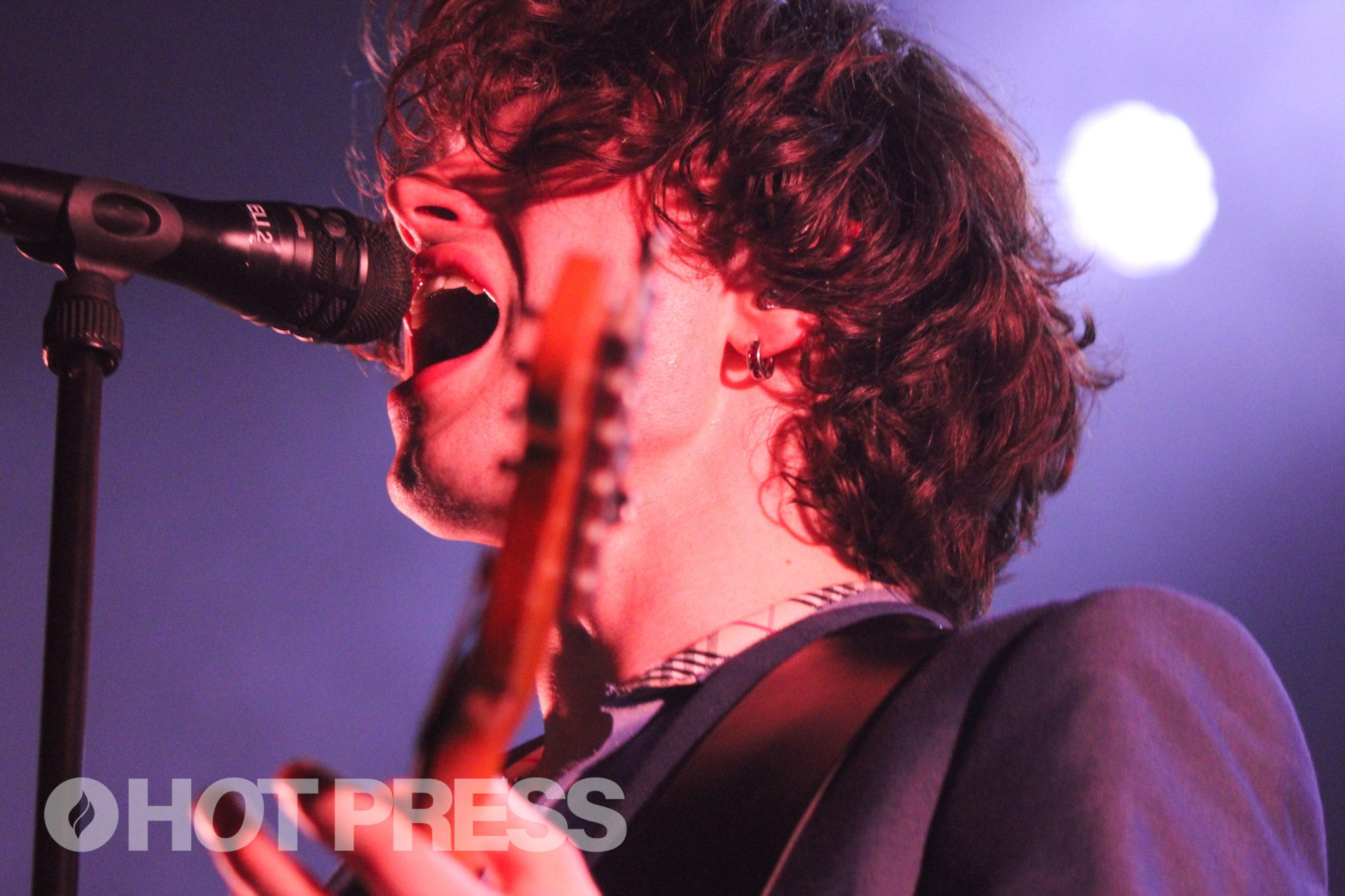 The four-piece transitioned into 'Move On' and 'When It Breaks' with great skill and oozing what appeared to be effortless coolness. "Thank you so so much for coming to see us today," Elijah Hewson screamed in between tracks. And the energy kept building...

One of the hightlights of the night was their latest single 'Love Will Get You There', a taste of their forthcoming sophomore album Cuts & Bruises, which is set for release on February 17th, 2023. The highly anticipated record will follow 2021's debut LP It Won't Always Be Like This, which entered both the Irish and UK album charts at number one.

The crowd joins in, passionately singing along. They know all the words to the fun, '80s-inspired indie pop tune with a bittersweet message: embrace love where you can find it. 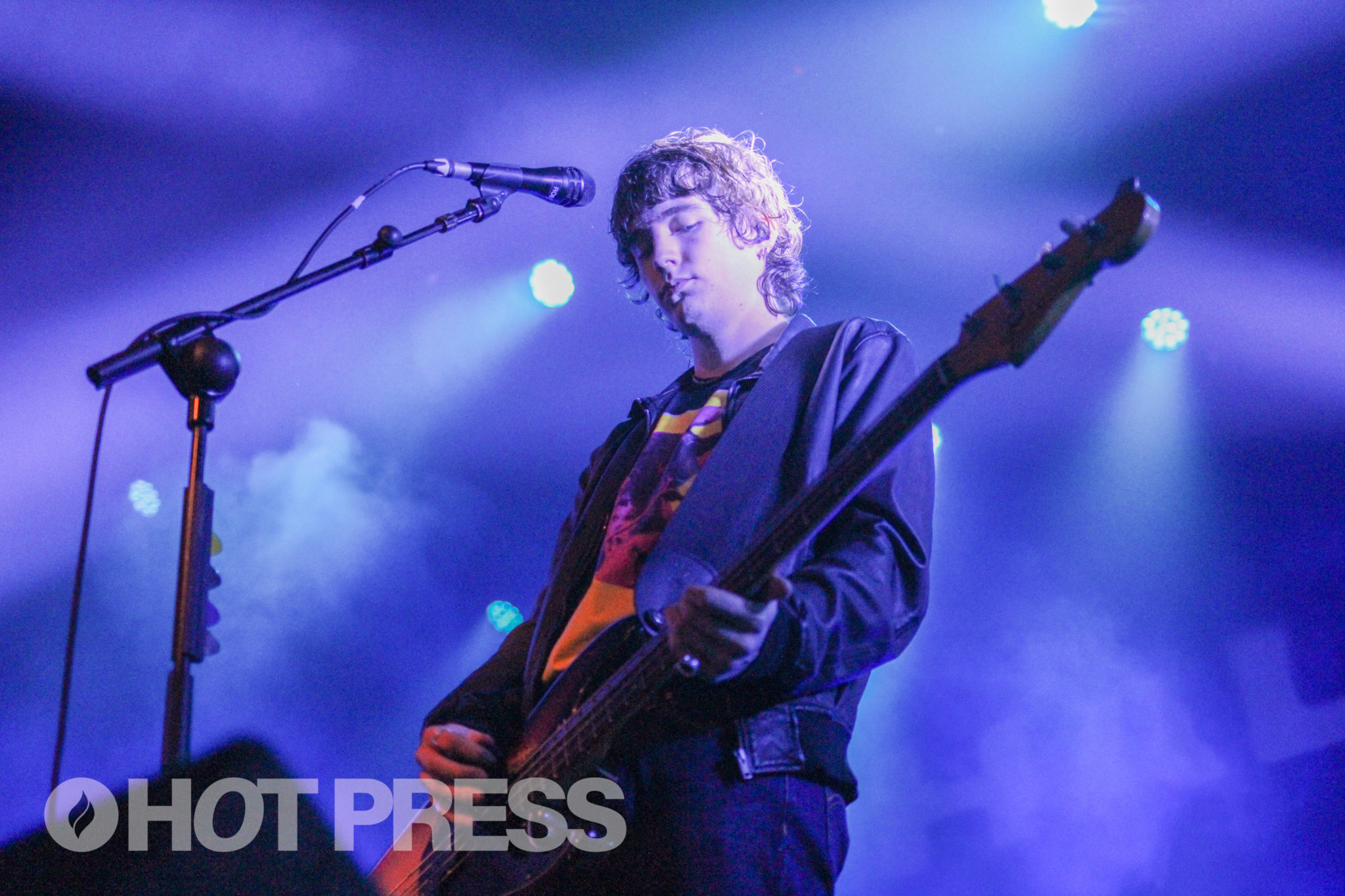 During 'My King Will Be Kind' the lighting tech lights up the full venue to show just how thrilled the teenage crowd is. Intense strobe lights illuminate the guys as they are strumming their guitars at the edge of the stage.

'It Won’t Always Be Like This' is equally entertaining, an optimistic anthem that showcases Hewson's raw and impassioned vocals. "I see you," he smiles at the audience - and they love it. Anthemic riffs and throbbing beats - to a large extent thanks to Ryan McMahon's skilled drumming - are the soundtrack of the show.

Everyone is clapping and singing along as Inhaler feed us more and more bangers: 'In My Sleep', 'Totally', 'What's Your Money On?'... Then, Hewson announces, with a grin, "You’ve been to gigs before, you know what will happen now."

They'll perform one more tune and pretend to leave, just to return for an encore. 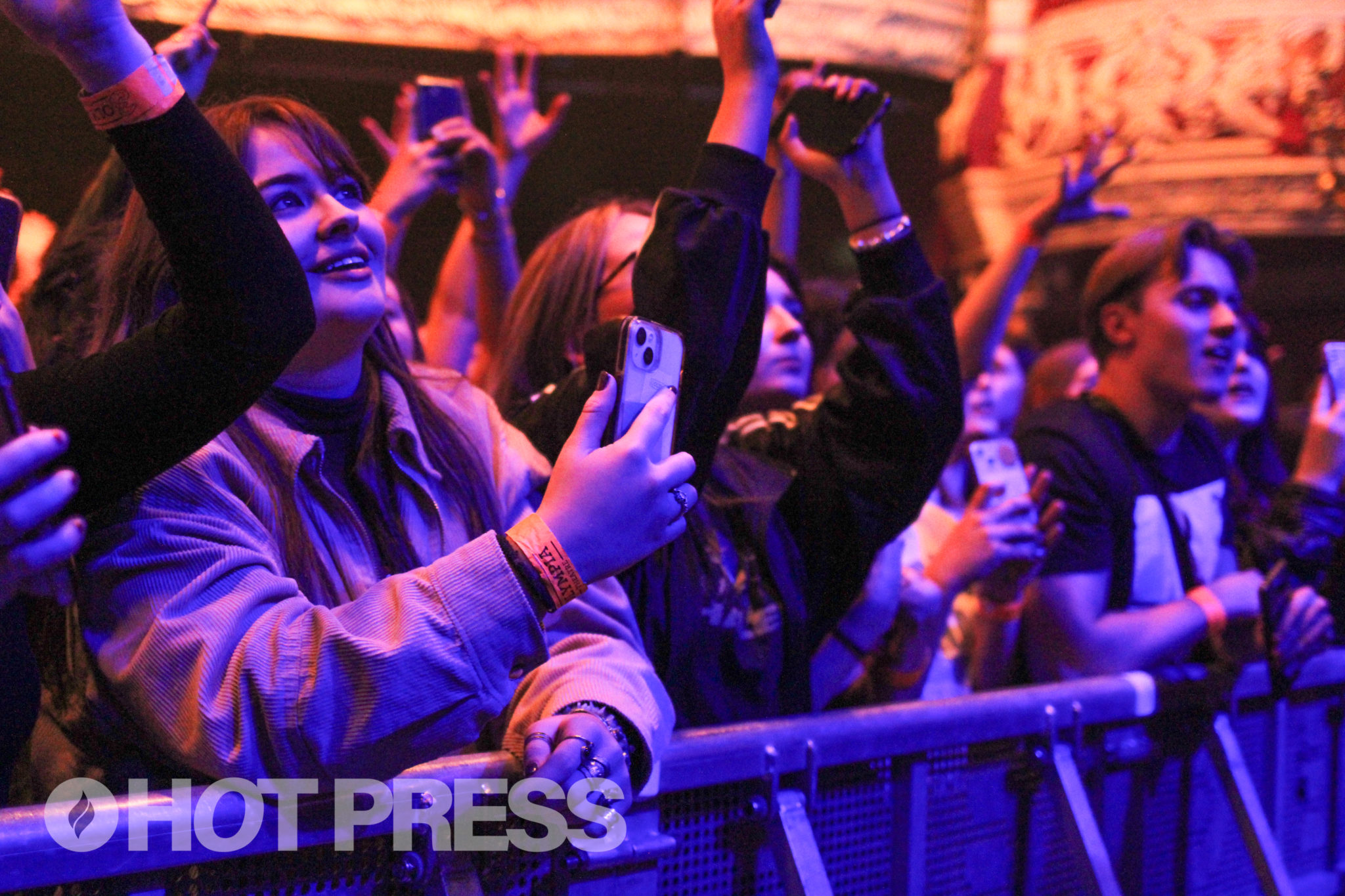 Having racked up over 150 million streams globally, and played iconic festivals like Glastonbury, Tramlines and Lollapalooza Chicago, the musicians clearly are masters of their craft. This summer, they also supported Alex Turner's Arctic Monkeys on their European tour.

Naturally, one of Inhaler's oldest and most beloved songs had to make the cut. And the time has finally come for us to hear it. As the intro of 'Cheer Up Baby' starts playing, and illuminated circles are dancing around the stage, everyone is catching their breath. "Oh... All you do... Cheer up, baby, you're not on your own" - a magical moment. 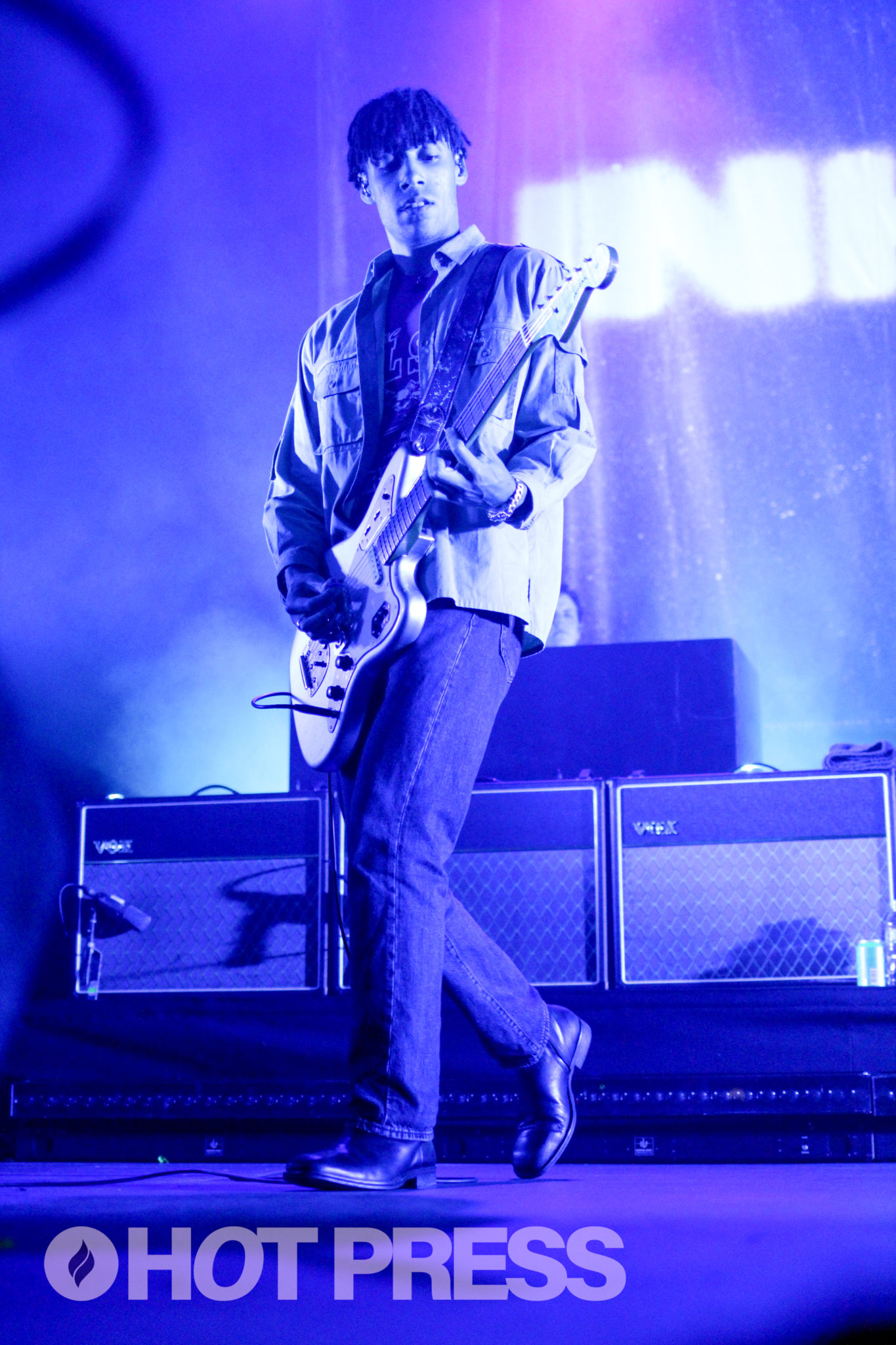 The show culminates in the upbeat 'My Honest Face', brought to perfection with Robert Keating's melodic bass lines, and heart-wrenching lyrics. "I didn’t want to hurt you... But there’s just a certain culture when you’re young... Call it fun," is guaranteed to remain stuck in anyone's head.

How we will also remember Inhaler's headline show at The Olympia is quite simply as a fun-infused explosion of energy, sound, lights, and absolute star quality from the Dublin four-piece.

Oh, and Elijah Hewson kicked over the mic stand. That was pretty hardcore, too.

Find all photos from the show here.

Live Report: Carly Rae Jepsen brings glittery, infectious pop to Dublin's 3Olympia Theatre
Live Review: Des Bishop brings laughter and tears to the 3Olympia Theatre
Bono – Stories of Surrender in Dublin: "Why would he put himself through this? Now we knew…"