The house-full signs were up, as the true blue Dub from The Liberties gave Vicar Street three nights to remember across the weekend. The verdict? Imelda May is a real star...

After what was a tour like no other, Imelda May took to the Vicar Street stage for three nights in support of her new album 11 Past The Hour.

Dubs of all ages packed themselves into the city centre venue, singing, laughing, and celebrating the fact that at long last, gigs are back.

Her support acts were incredible, with music and stories from the great Rachael Sage and Niall McNamee, who also happens to be Imelda’s partner.

Under Vicar Street’s shining disco ball, fans – and lovers of music with depth – sang and clapped along to Niall’s ballads and Rachael’s quirky melodic pop music. But, of course, we were all waiting for Imelda’s arrival.

Suddenly, the room went dark, and a picture of two birds emerged into focus, intimately lighting the back of the stage. Imelda’s stunning poetry was played over the PA and within a few moments, she arrived on stage, ready to break into songs, new and old.

She opened with '11 Past The Hour' and 'Black Tears' before greeting her audience with the clarion call “Up The Dubs” – which was met with an electric response from the crowd.

Imelda, aka Imelda Mary Clabby, was born and raised in The Liberties in Dublin’s south inner city. The youngest of five siblings, her career began at just sixteen when she started touring the Dublin club circuit – famously, she was occasionally barred from her own shows at Dublin’s Bruxelles, for being under-aged.

Nowadays, she pays homage to the place where she grew up beautifully in her music, ensuring that her Dublin accent remains to the fore throughout each and every song. “I love being home,” she said – and the crowd lapped that up too.

The next 45 minutes were filled with a mix of stunning poetry, thrilling rock, and the kind of soft ballads that always compliment her wonderfully elegant, soulful and jazz-inflected singing style. Although Imelda may have dropped the "polka-dots, leopard skin, and rockabilly" style of her earliest, break-through albums, there is no doubt that the influence of an icon like Wanda Jackson still runs through her take on contemporary rock. 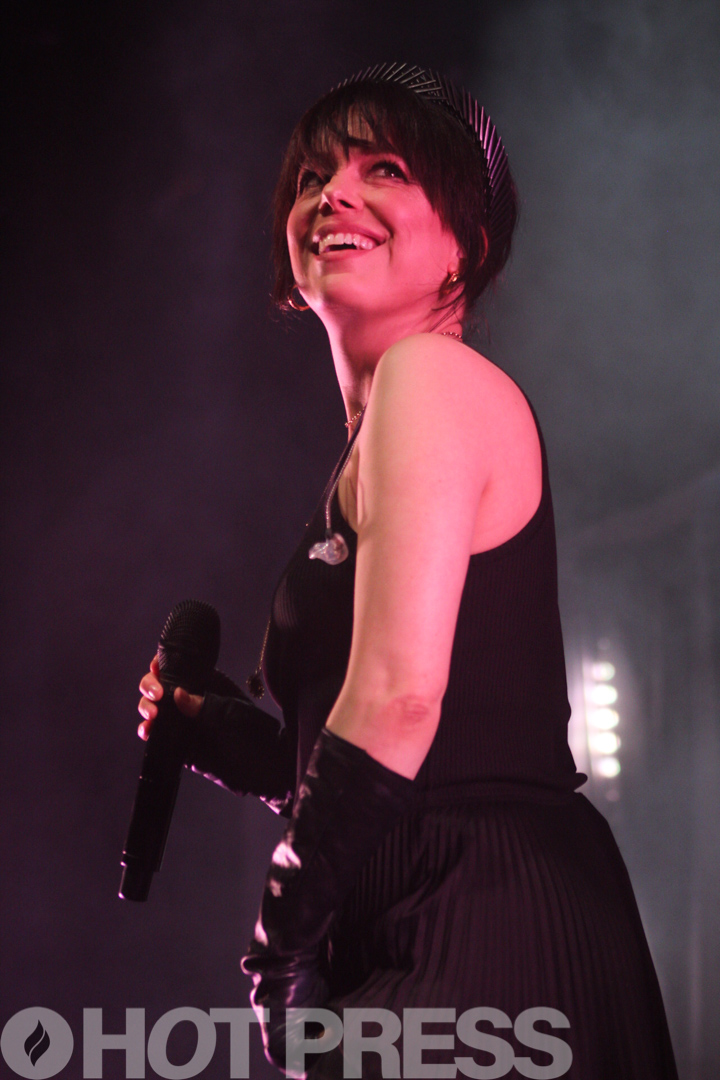 The twelfth – see, I can count! – song on the setlist was 'Don’t Let Me Stand On My Own,' a ballad about being there for a loved one through thick and thin. She explained that both she and Niall co-wrote the song at her kitchen table. He joined her on stage, and played guitar, while they harmonised sweetly through a gorgeously intimate track.

After a beautiful rendition of 'Never Look Back,''a member of the crew handed her a bodhrán, on which she began hammering out a catchy beat that sounded powerfully familiar. Then, in came the double bass. Of course, it was 'Johnny Got a Boom Boom'. Vicar Street was on fire at that point. With over six million streams on Spotify, the beloved track remains a highlight of her live set.

Imelda spoke about the hate she got when her poem 'You Don’t Get to be Racist and Irish' was published in 2020, in the wake of the shocking – and tragic – murder of George Floyd. “I’m still getting death threats about that,” she said. A member of the crowd responded with a simple “fuck them.” After an eruption of cheering from the floor, Imelda laughed. “Fuck them, I’ll do it again,” she said.

During the encore, she covered the Hozier classic 'Nina Cried Power,' which had the whole of Vicar Street on its feet. She also paid tribute to her dear friend Meatloaf, who passed away in January of this year. The American singer, songwriter, and actor was noted for his powerful, wide-ranging voice and theatrical live shows. She sang a rendition of his classic track 'I’d Do Anything For Love (But I Won’t Do That)' after sharing stories which revealed what a character he really was.

She ended on 'Diamonds', before thanking the crowd for the warm welcome home.

After what was a flawless performance, the buzz in the crowd was amazing. One woman said: “How does she do it?”, while another spoke about her phenomenal stage presence – and how she’s proud to be a Dub because of Imelda.

The city’s adoration of Imelda May was evident throughout the show. And, on the night, Imelda delivered in style, to reciprocate. All told, it was a brilliant and magical evening. 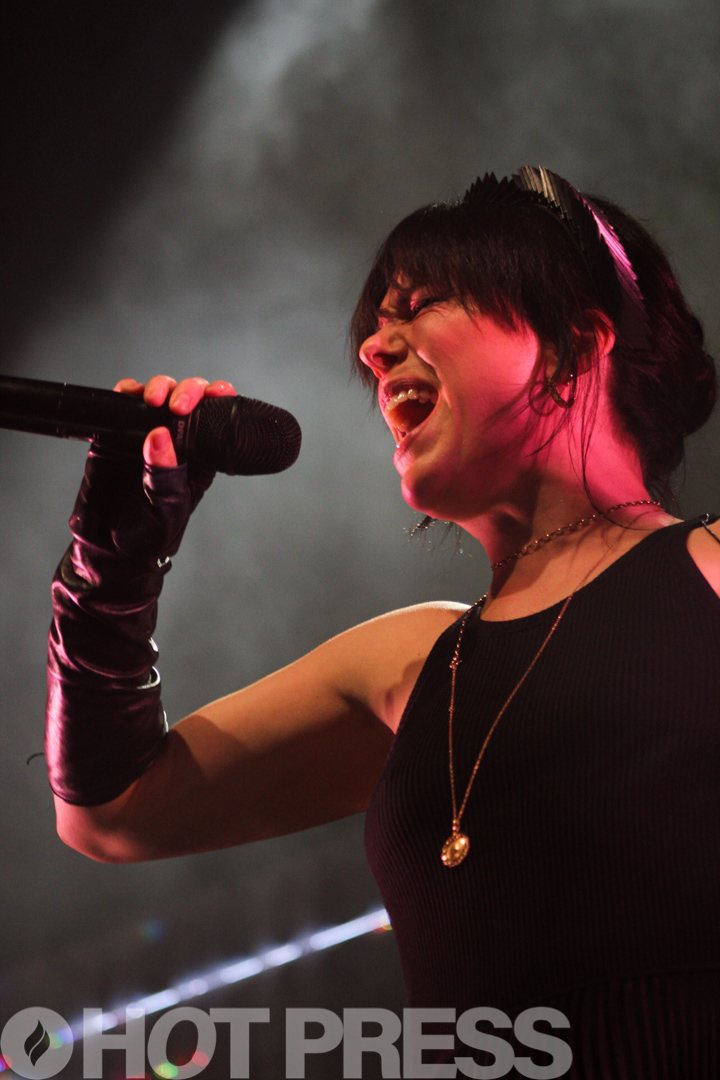 Revisit our review of 11 Past The Hour here.