Four local bands took Workman's Cellar by storm to showcase their endless talent this past Wednesday.

When enjoying Dublin's fruitful music scene, one must not forget about the local up-and-coming talent. With performances from emerging artists Fuze, Trinkets, Ash Red and Beans, Workman's Cellar was filled with an infectious energy on Wednesday night. Each act was up close and personal, bringing these young artists' music to the forefront and allowing them to showcase their incredible talent.

First up was Beans, a one-man rock band based in Dublin. Beans gave a heartfelt, passionate performance, playing all original music including some pieces from his EP The Battery Acid Tapes: Far From Professional. The Irish musician (real name Cian Ennis) can only be described as singer-songwriter meets post-punk, with the loud shredding of his guitar intermingling with soft, crooning vocals comparable to King Krule. Beans portrayed intense passion in his performance through his experimentation with different petals, tones and volumes to accurately convey his articulate lyricism. Though he faced the audience with only a guitar and no other band members to back him up, Beans got the audience shouting and dancing by the end of the set, bringing an incredible energy to the small venue. 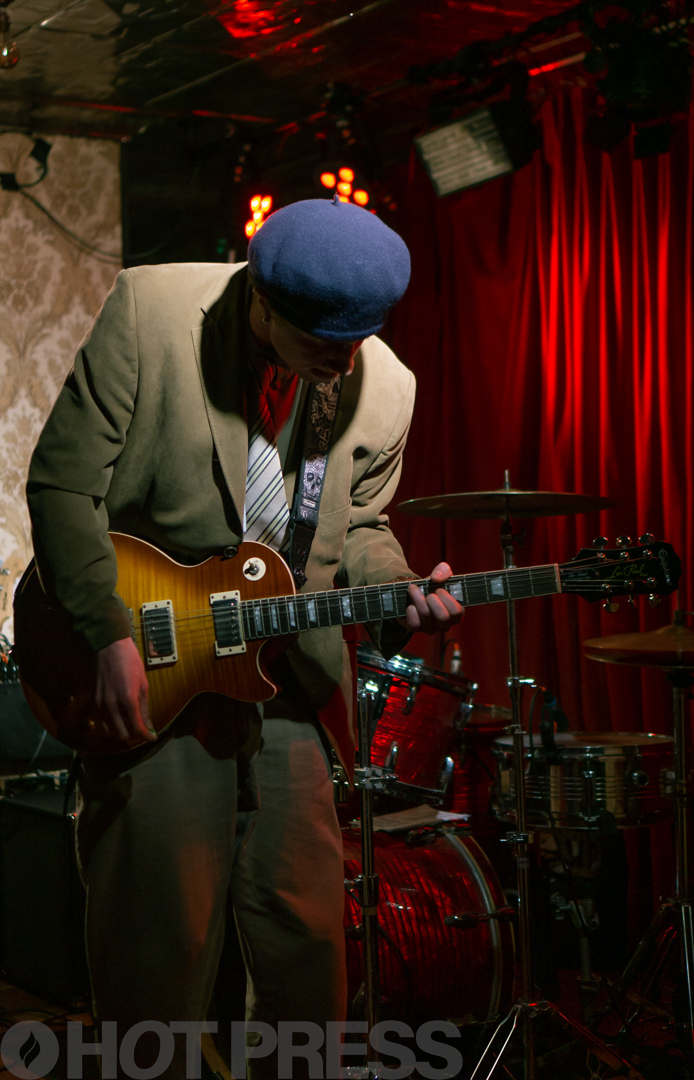 The second act of the night was rock band Ash Red. Hailing from Cork, this three-piece brought a classic rock n' roll element to the night with another set list of all original songs. Ash Red recently came out with a new single "Downtown", and performed it at the show along with their previous Spotify single "Stupid Song" which was released in 2021. Lead vocalist and guitarist Arthur Murray put on a performance to impress, with exceptional guitar solos that sent the crowd going wild. Along with the blaring drums of Lee Cooney and driving bass by Tadhg O Keeffe that tied up the band's sound together perfectly, Ash Red proved they are a force to be reckoned with. 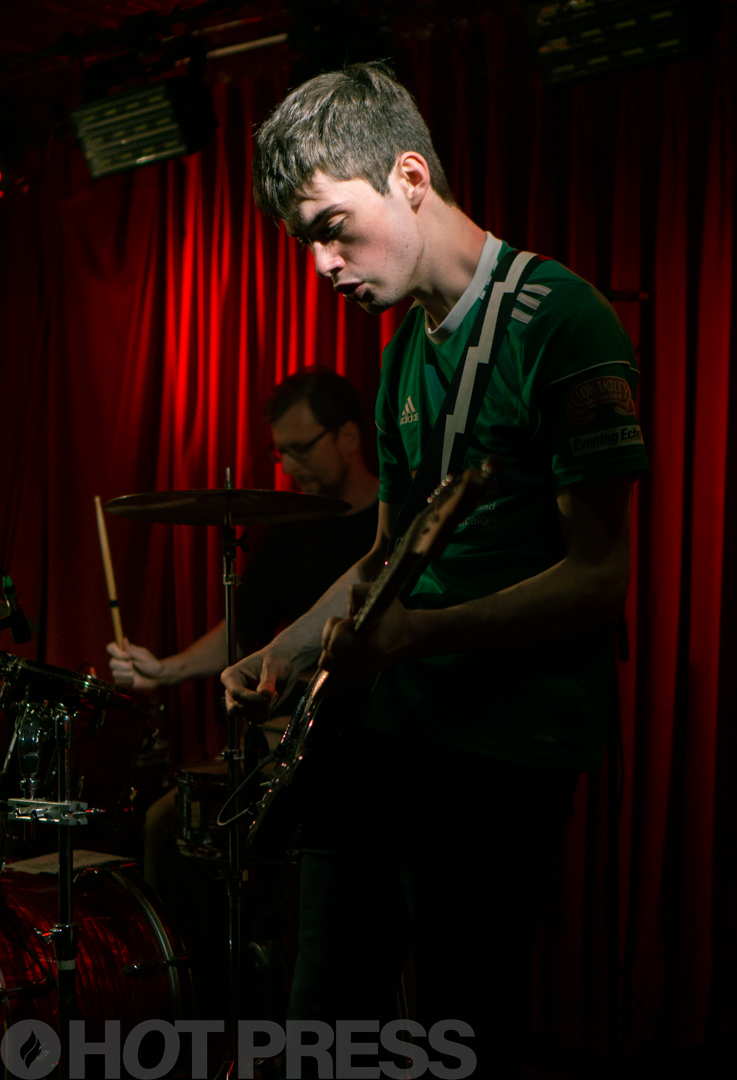 Up next was Trinkets, a four-piece band based in Dublin. Lead vocalist Rosie Spiro set the scene with her buttery soft voice, paired perfectly with the upbeat melodies created by guitarists Benjamin Crow and Mikey Cleary, with Conor Boland completing the band's unique sound with a powerful use of drums. Although Trinkets has no music released on streaming platforms, their performance left the audience yearning for more. With a sound comparable to indie rock bands such as Soccer Mommy, Trinkets stole the attention of the entire room with their beautifully melancholy lyrics and addictive guitar hymns. They came in soft but powerful, providing a meaningful and powerful performance that brought a whole other dimension to the dynamic of the gig. 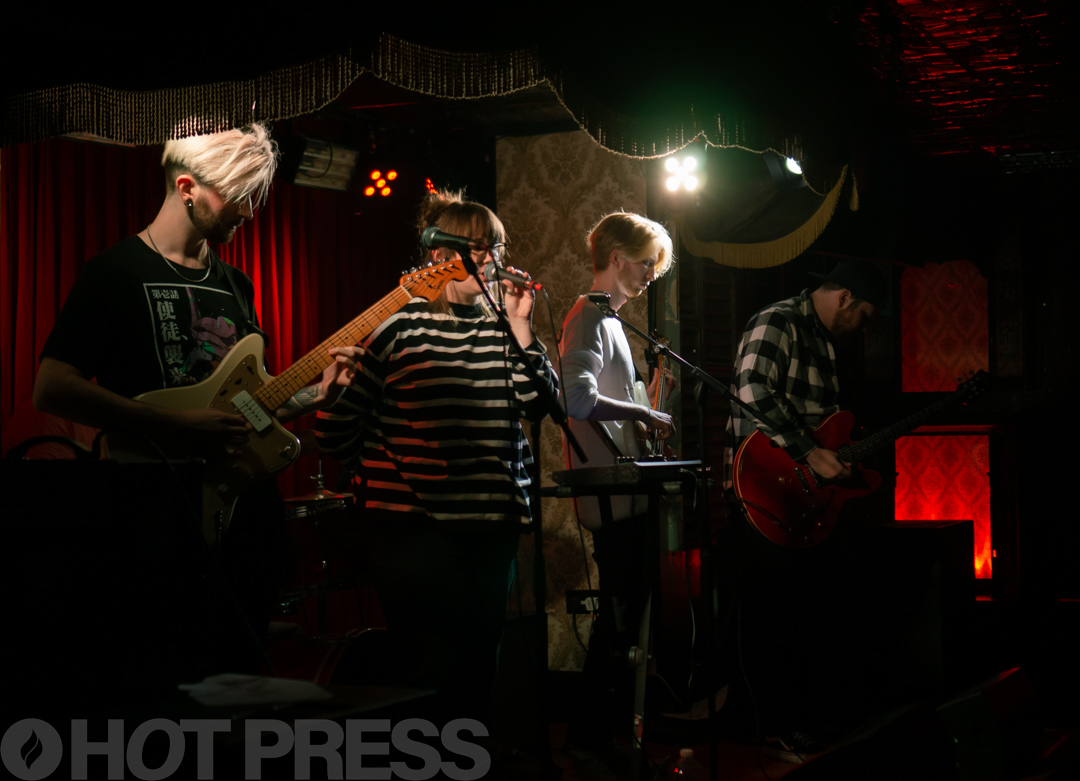 Lastly, Fuze took the stage to close out a night of magnificent acts. Originating in Wicklow, Fuze gave the audience the taste of alternative indie rock they had been waiting for. With an unmatched enthusiasm on stage, the three-piece band performed a series of original songs that captivated people and drove them straight to the dance floor. The band also played their own rendition of Weezer's "Say It Ain't So", with the opening chords bringing a wave of gasps from the crowd before everyone began to scream the lyrics with vocalist Bobby Dowling and bassist Daniel Murray, along with drummer Steven Dowling carrying the beat on his drums. Fuze proved to be the perfect final act, filling the audience with so much liveliness that they were begging for an encore. 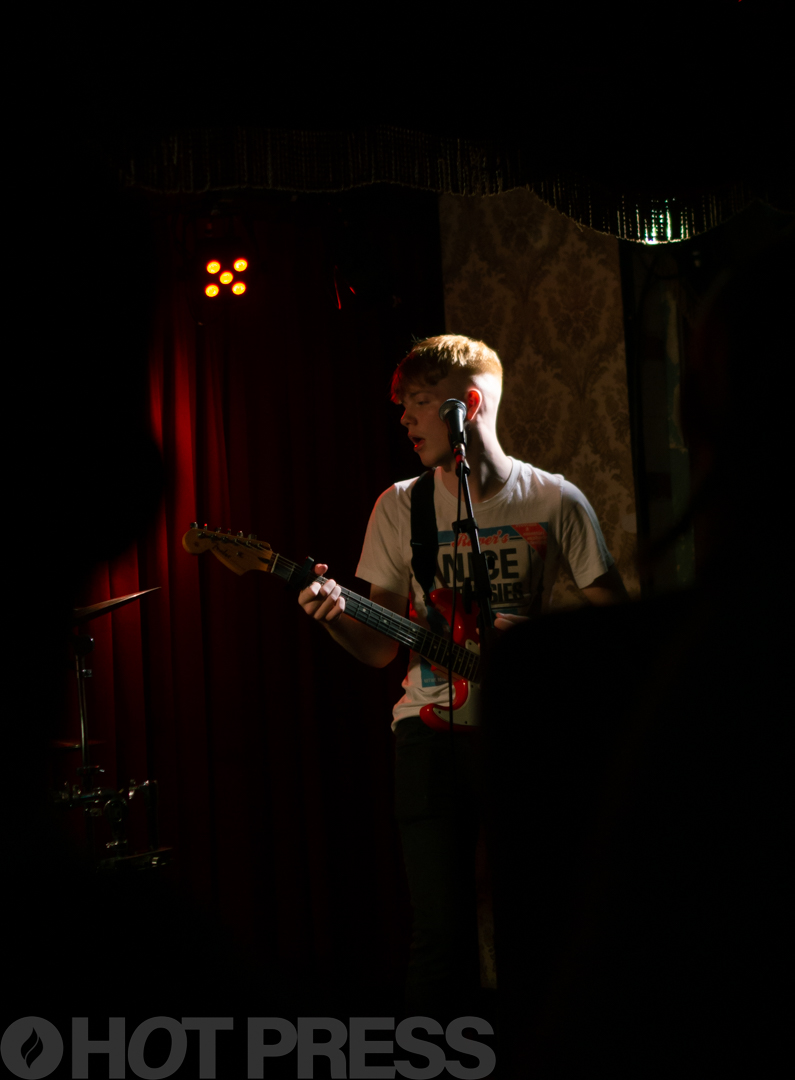 Although relatively fresh on the Irish music scene, these bands proved just how established their music can sound at Workman's Cellar. Each act left the audience excited for the next, and their creativity and passion in their music told great heights about their dedication as musicians. Keep an eye on these performers, because they might just be the next big thing.