The Dublin-based band played the EP Body & Soul Stage in 2019, and in three years have gained an explosive amount of traction. Naturally, this led to their total domination of the most acoustically impressive stage of the Picnic.

By far the most eagerly anticipated act of Friday night’s line-up, Fontaines D.C. shut down the Electric Arena Stage, both literally and figuratively, from 10.45pm.

Crowds poured towards the arena, with thousands upon thousands excitedly waiting for the Dublin group to grace the stage. Thunderous applause echoed around the tent as the band entered the stage, dressed very simply, not dissimilarly to their last stint at EP, where frontman Grian Chatten wore tracksuit pants tucked into socks.

Opening with a quick hello to the crowd, the five-piece launched straight into their opening track ‘Lucid Dream’. The first notes prompted the magnetising light show to begin. Strobe lights lit up the arena, flashing between white and signature Fontaine’s red.

The sizeable crowd attending made the gig feel more like a headline performance than a small part of an immense line-up, however, the Dublin musicians gave the show a more intimate feel than I imagined possible. The Electric Arena was perfect for this band, delicately cocooning their massive sound produced and filling the tent to the brim. 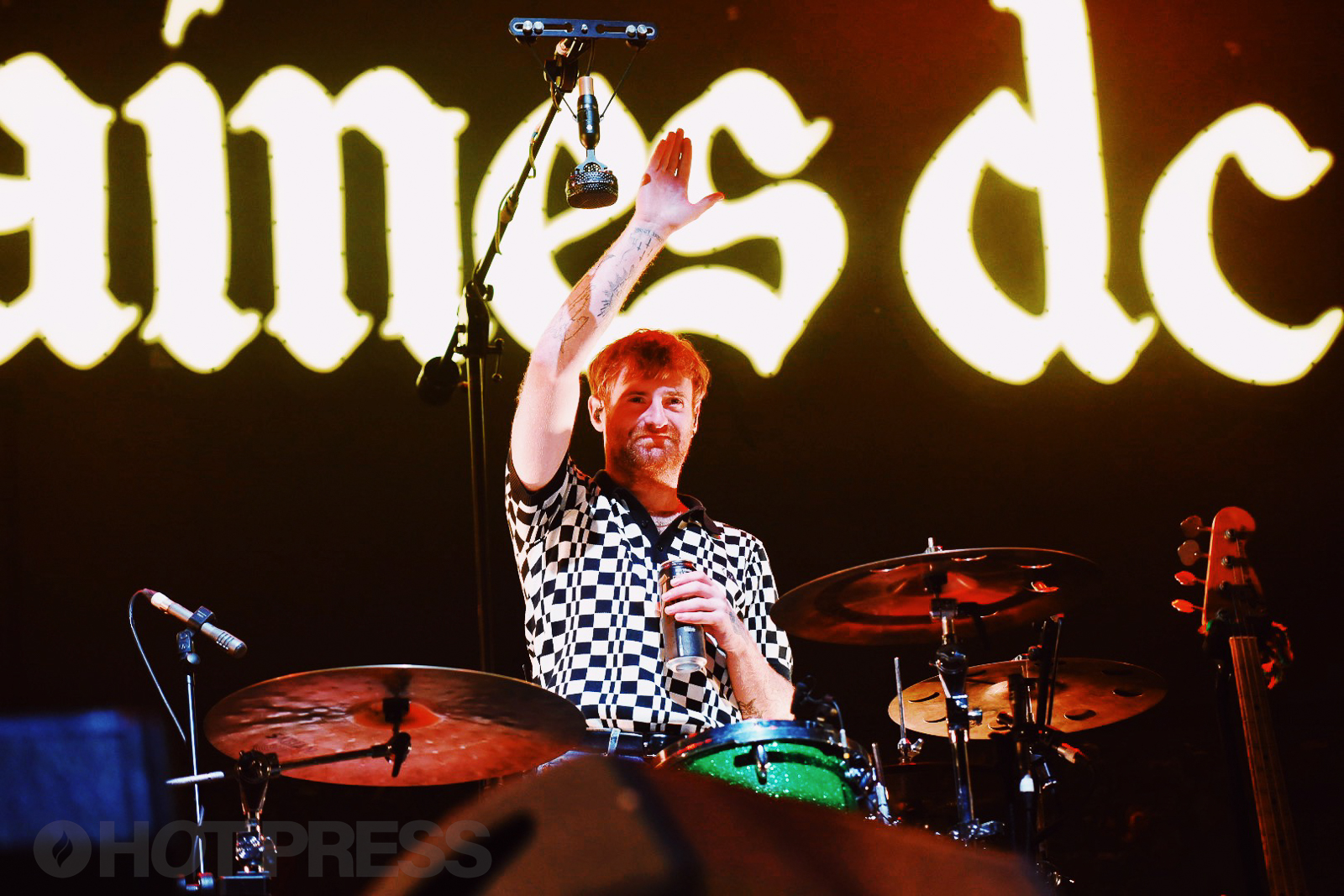 Taking a much more shoegaze-esque approach to 'Hurricane Laughter', the first two tracks were a lot heavier live than recorded, possibly down to the impressive sound in the arena. 'Sha Sha Sha' drew a significant audience engagement - while the lead singer had yet to properly address the crowd, there was an unspoken, all-knowing bond tying the band to their fans.

Continuing on through ‘Roman Holiday’, and ‘I Don't Belong’, the light show blazed on – changing to suit the mood of the track, but always returning to the signature red. Their live performance gave the band an monumental noise-punk sound, how I would imagine My Bloody Valentine live.

Breaking up some heavy sections with tambourine, lead singer Chatten, energetically danced around the stage, pulling the crowd into their vibey 'I Don't Belong' performance. The audience chanted along with the band, not quite meeting the exceptional vocals from Chatten.

'Checkless Reckless' followed, with 'Televised Minds' cementing the exceptional sound quality of this band - drummer Tom Coll projecting beats into the deepest crevices of your chest.

'Nabokov', 'Big Shot', and 'Too Real' drew an Oasis sound from the quintet, with Chatten assuming the Liam Gallagher role, and excellently at that. Giant eyeball looking balloons/balls flew down threw the crowd while the band prepared for the next track. "It's good to be back," the frontman exclaimed before dedicating their following track to the Pixies - 'How Cold Love Is'. The chaotic noise of the band was reflected in the live screens - switching quickly between Chatten, Coll, guitarist Carlos O'Connell and Conor Curley, and bassist Conor Deegan III. 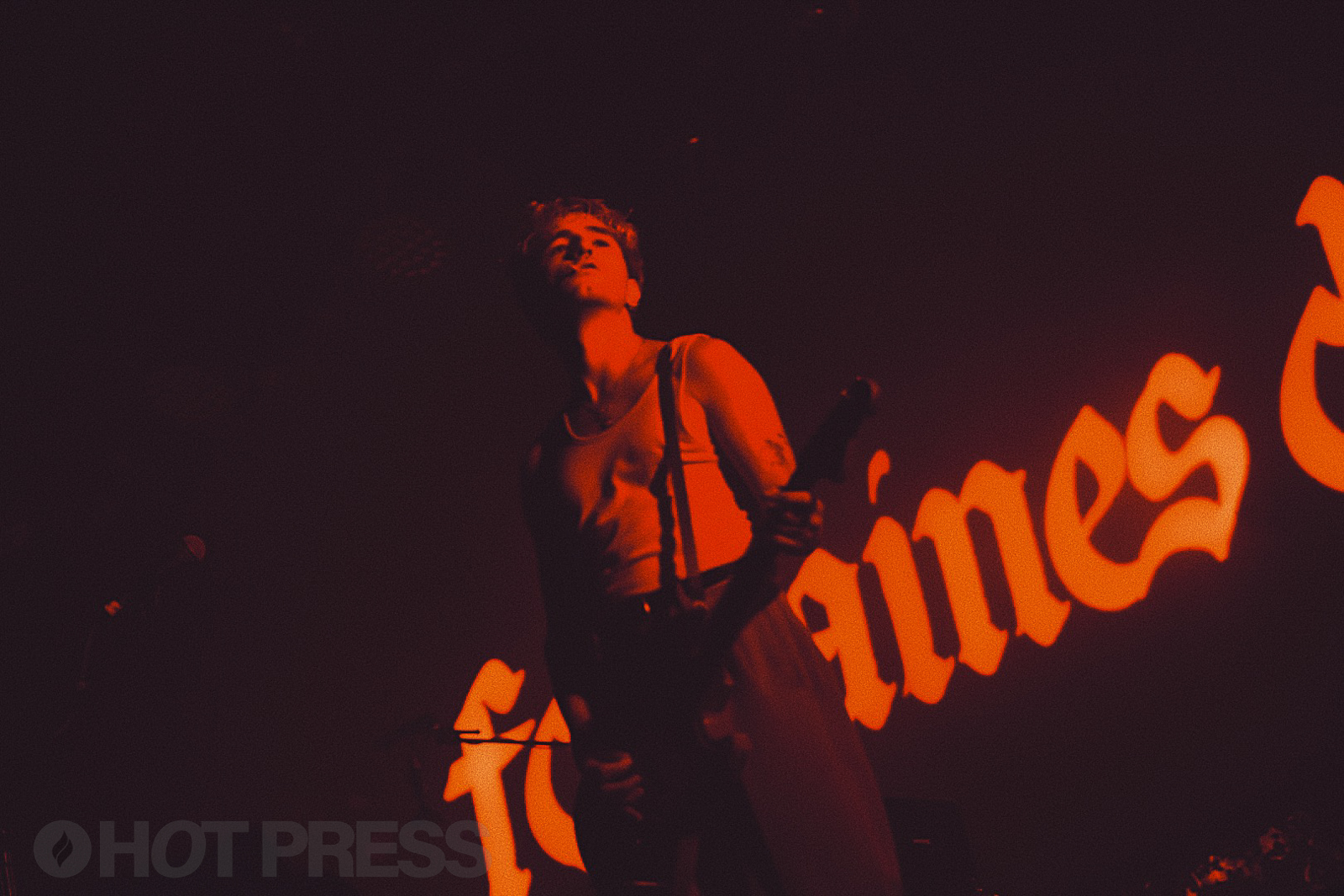 'Jackie Down The Line' had the crowd dancing, while 'A Hero's Death' oozed Depeche Mode and The Smiths vibes, accentuating Chatten's vocal performance alongside dreamy guitar lines.

The band closed out their set with 'Skinty Fia', 'Boys in the Better Land' (my personal favourite live track), and 'I Love You'. The latter track conducted an extremely personal feel, and was a clear fan favourite.

As well as an amazing musical performance, 'I Love You' signified the end of a stupendous stage show, allowing the band to close their set with their name lit up in the Irish flag behind them.

Confined to a small stage at their last EP appearance, and now on the second largest stage of the festival, it's clear these boys are at the absolute top of their game. If you get a chance to see their current tour, grab it while you can. It's obvious the only way is up for these lads, with a Picnic headliner imminent in the next few years. 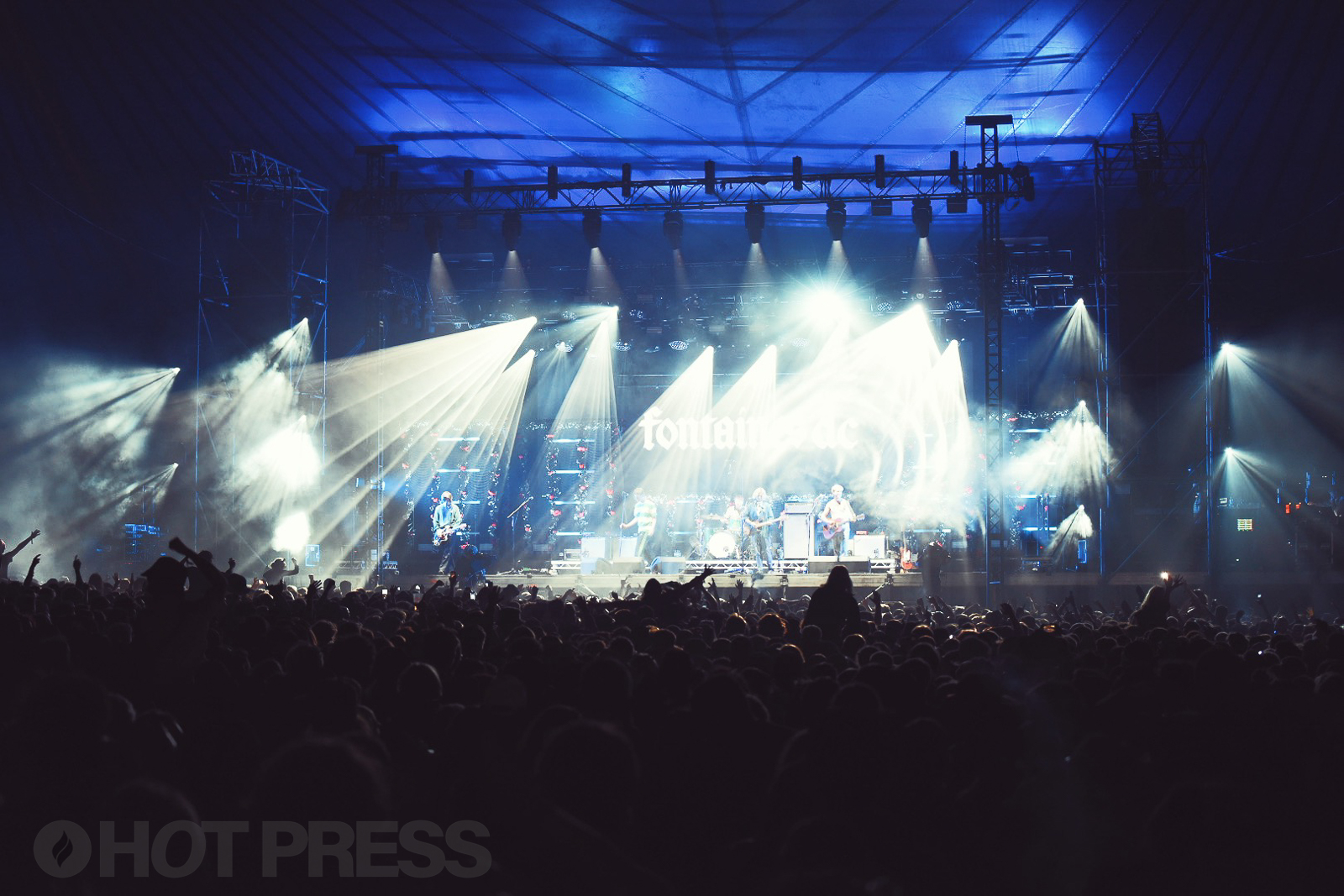 Despite the unfortunate weather, things will be heating up in the Hot Press Chatroom as we talk to an exciting line-up of artists in our tent in the Mindfield arena, with guest appearances by Declan McKenna, Hermitage Green, Riptide Movement and more across the weekend.