The Dublin-formed rockers found their way back home, their Irish fans waiting with open arms to greet them.

"This is our third time seeing them," the fans next to me shouted over the heavy bass vibrations as Fontaines D.C. prepared to play their next song. "We saw them at Primavera Sound, then in Belfast, and now we came to see them in Dublin!" A roar of screams surfaced from the walls of Vicar Street as the opening chords of 'Big Shot' ring out. It was easy to tell that this band meant everything to its audience members, with fans packing in all corners of the venue like proud parents to watch the Irish post-punk group in their ground-shaking performance.

Fontaines D.C. is more than a musical group to most Dubliners. The five-piece band, forming what would come to be a Grammy nominated group in the Liberties circa 2017 at BIMM, have become a source of Irish pride, rebellion and freedom. Since their first critically-acclaimed album Dogrel came to be in 2019, the London-based outfit have only been growing stronger with their musical experimentation, hard-hitting analytical lyrics and grizzly, hard rock sound that proves again and again why they deserve all the recognition they get. Tonight, they are back where it all began.

The legendary night began with support from Wunderhorse, a.k.a Jacob Slater, who fit right into the night of rock while comfortably contrasting the provincial authority of Fontaines with his sweet, haunting voice and rockstar guitar riffs. While taking a nod to folk and country in his sound, the British singer-songwriter creates his own genre of alternative rock that transcends boundaries without reserve in songs including 'Leader of the Pack' from his debut full-length project Cub. Wunderhorse is due to return to Ireland in the Spring for his Irish tour, with dates in Dublin, Limerick and Galway. 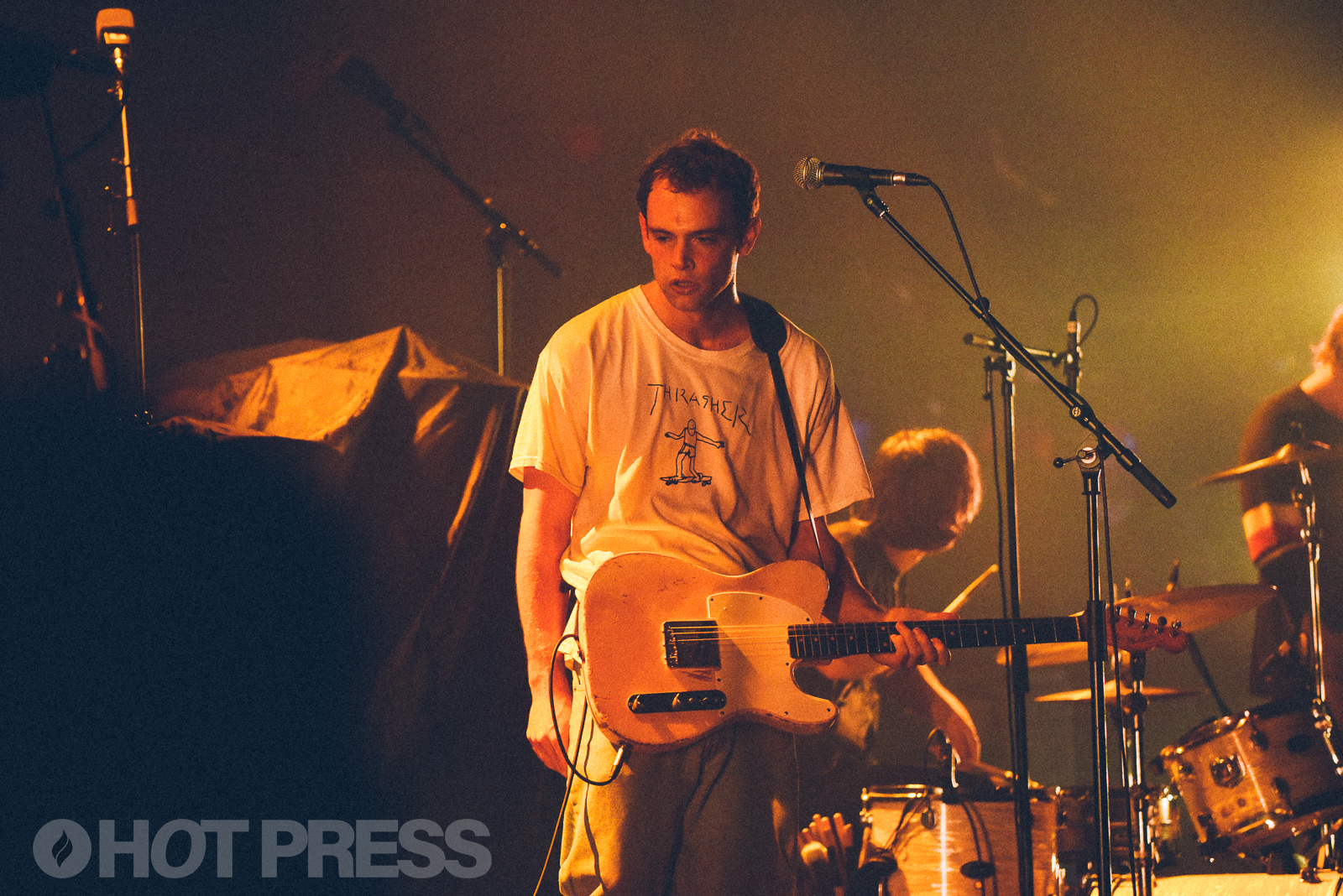 Despite the show landing in the middle of a work week, time stopped still in the venue when the members of Fontaines D.C. ran into the spotlight. Clad in simple baggy outfit, frontman Grian Chatten nonchalantly grabbed the mic in one hand, observing the crowd behind thin-framed sunglasses. The crowd went absolutely insane with the promise of what was to come, as guitarists Carlos O'Connell and Conor Curley, bassist Conor Deegan III and drummer Tom Coll played the opening sequence to 'Nabokov', giving Chatten just enough time to energetically jump around the stage. "I did you a favour/I bled myself dry", the crowd screamed in sync with Chatten. Not only did the audience sing all the words, but they belted the all the syllables and drum beats in between. 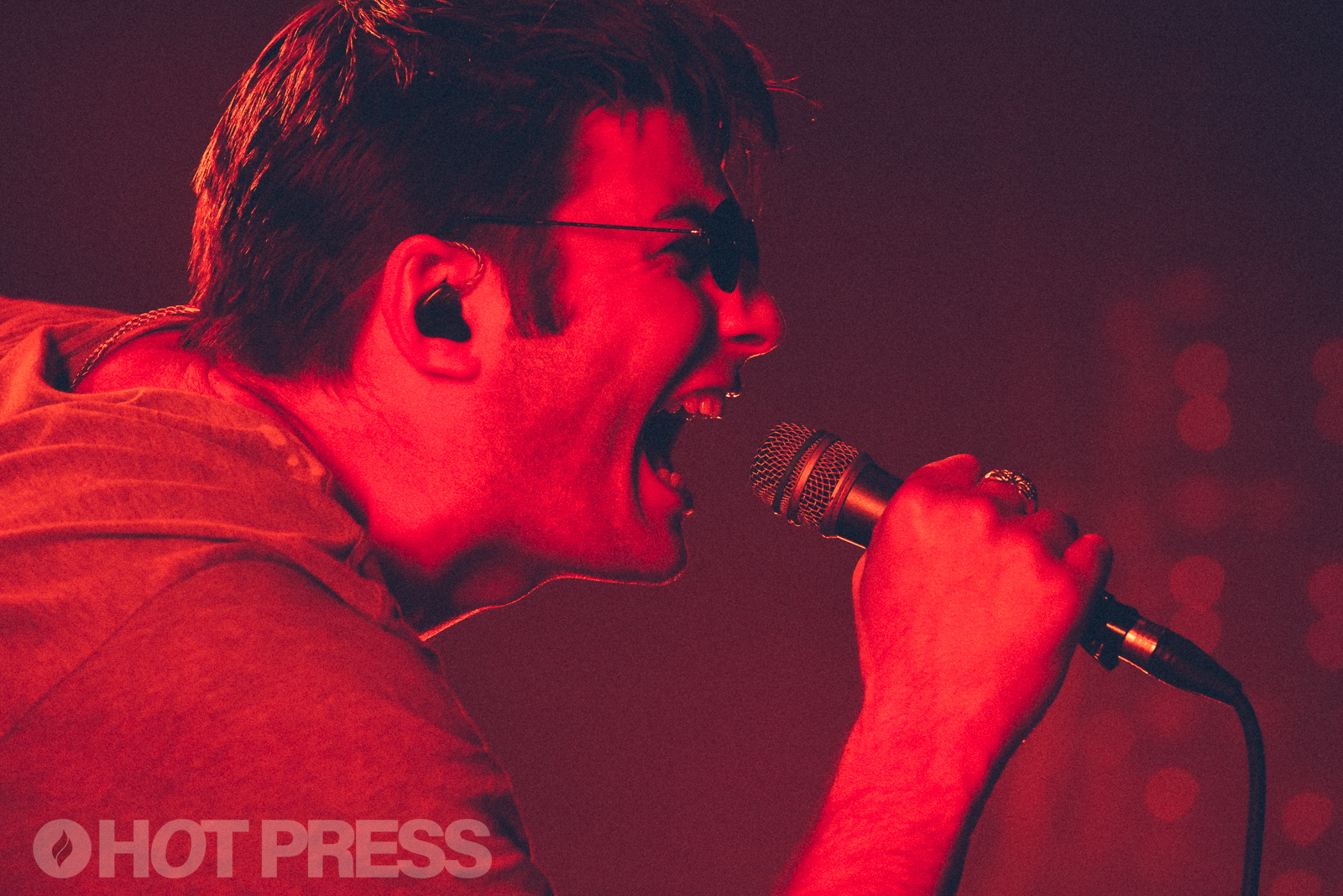 The release of the band's newest studio album Skinty Fia saw the quintet at their best yet. The 44-minute collection perfectly combines dark and tender, heartfelt and angry emotions into an unforgettable story of the guilt and turmoil the band saw by relocating to London. Translated from Irish to "damnation of the deer," Fontaines D.C. redefines their essential Irish roots in a new city that may look like home, but feels like alienation. 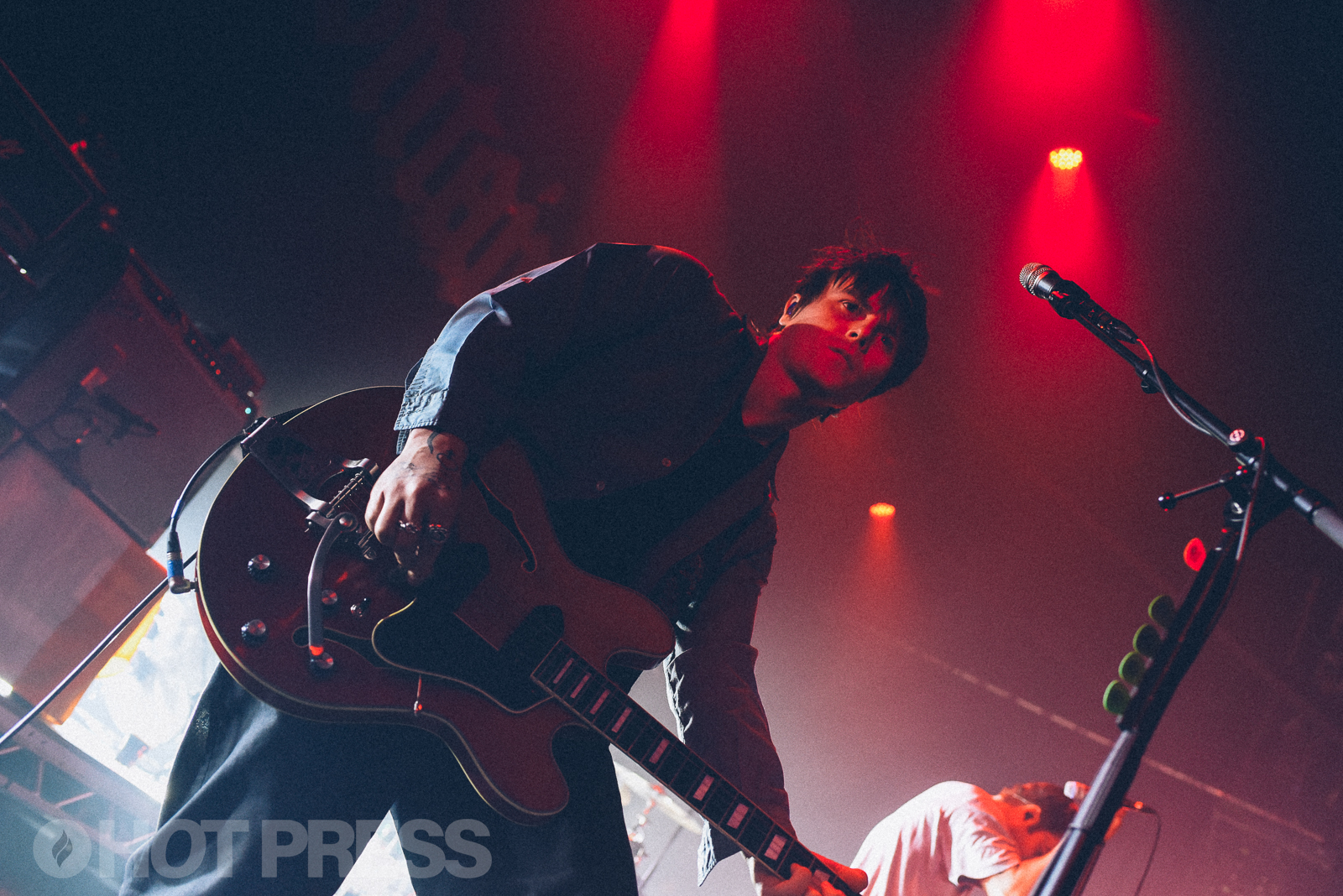 The band continued with a select catalogue of their best work, following with 'A Lucid Dream' from A Hero's Death, 'Sha Sha Sha' and 'Television Screens' from Dogrel, and getting and specifically loud uproar for 'Skinty Fia'. Some Fontaines lyrics almost mimic manifestations in their repetitive, chanting style, and it felt as if the whole crowd took the lyrics to heart during 'I Don't Belong'. "I don't belong to anyone/ I don't wanna belong to anyone," the audience recited in unison with Chatten, the lyrics so simple yet so powerful in its plethora of personal and collective meanings. 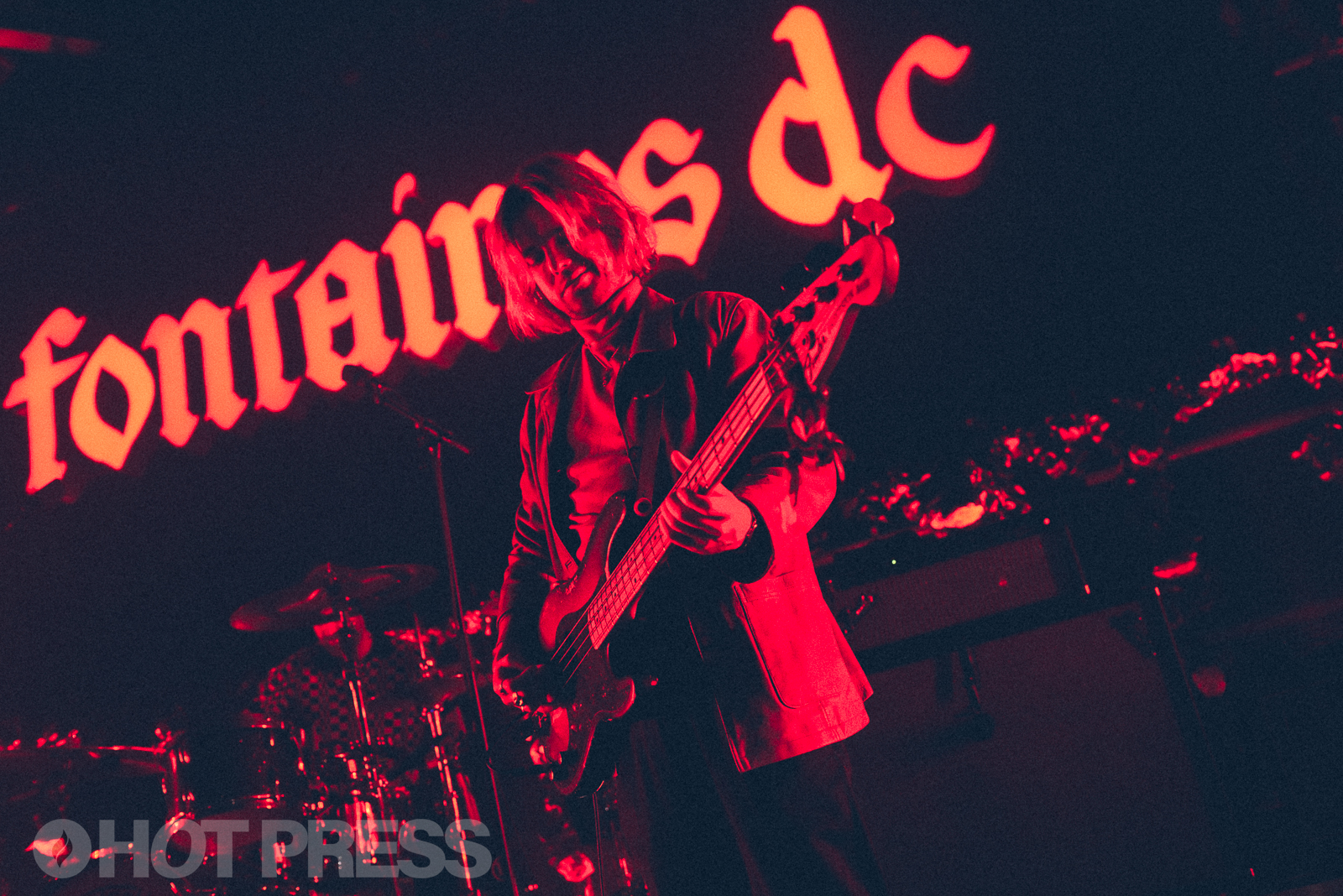 Although each band member has their own unique presence, Chatten's talent as a performer was one of the most remarkable parts of the set, shining through with each song as if he was tapping into an indefinite well of energy and charisma. His movements on stage were almost reminiscent of a '90's rockstar, living and breathing each track while shaking his tambourine and grasping onto the mic stand like a lifeline. While saying little to no words to the audience, Fontaines let the music speak for itself. 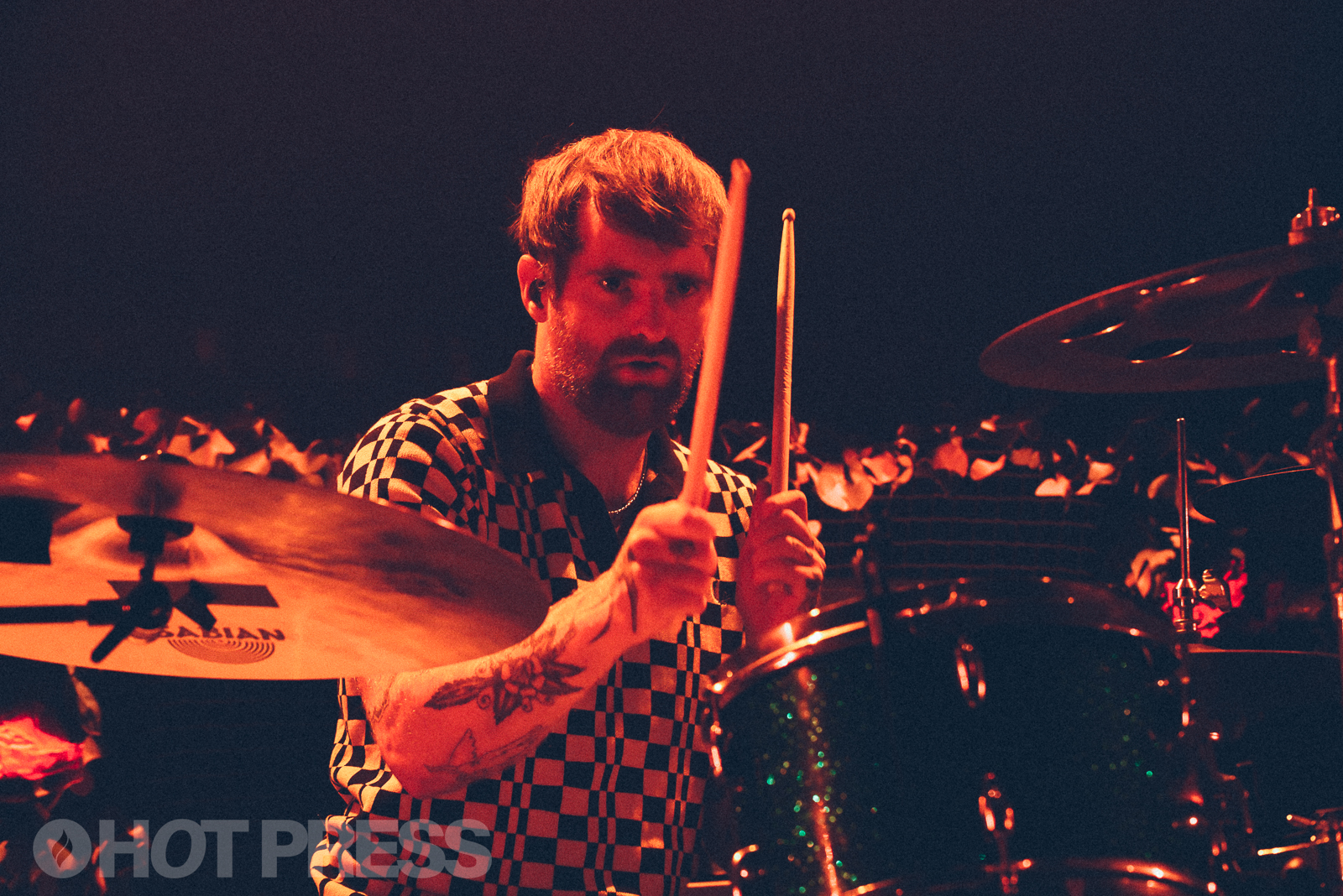 As the concert picked up with some of FDC's more popular songs including 'Roman Holiday', 'Jackie Down The Line', 'Roy's Tune' and 'A Hero's Death,' the crowd surfing and mosh pit came into full force. Clothing items of every caliber were thrown into the air and even onto the stage, from shirts and hats to jackets and shoes, leaving an astounding amount of audience members shirtless by the end of the main set. 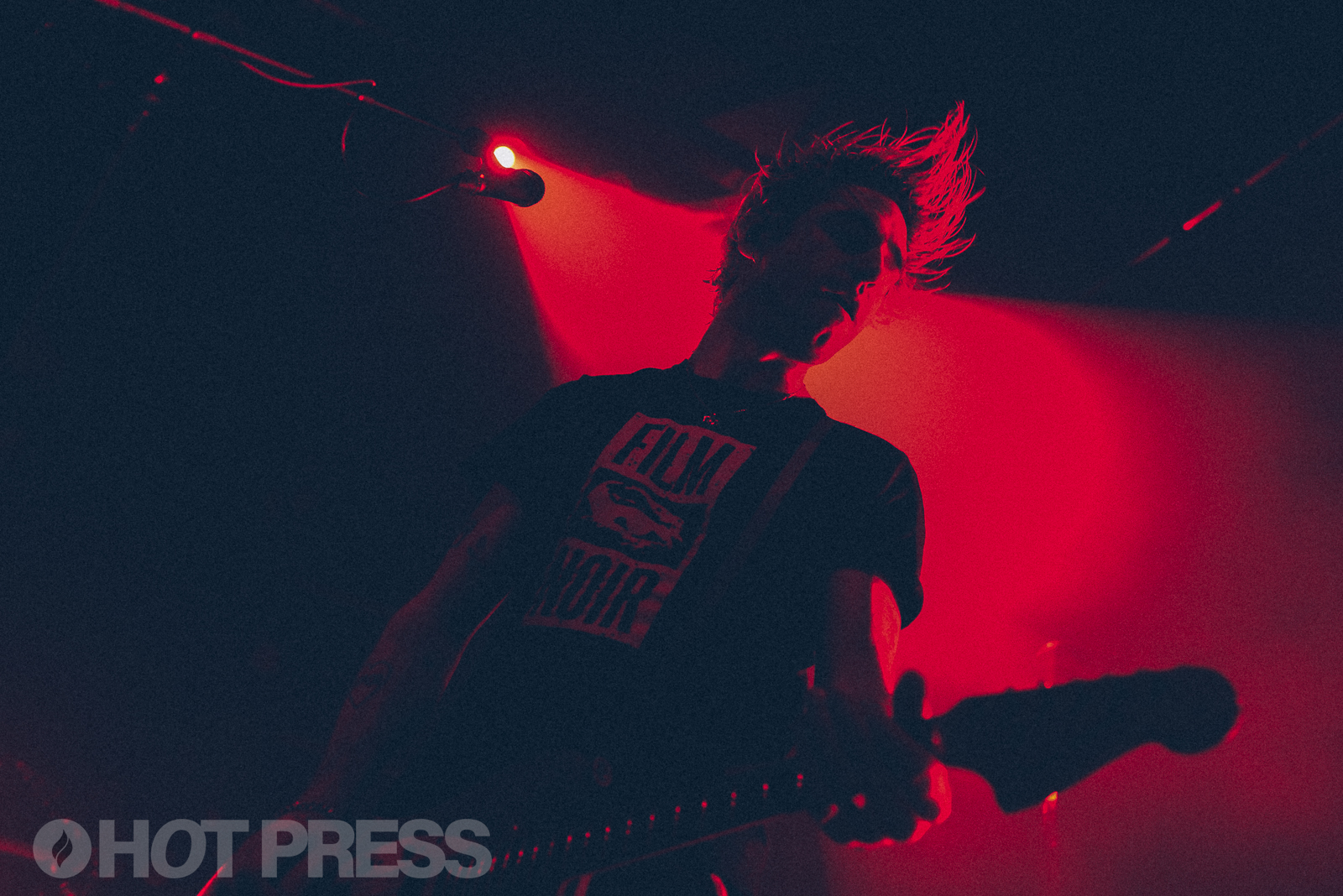 After what felt like an excruciating wait, Chatten graces the stage once again for a four-song encore. "Thanks for sticking with us," he says before launching into 'Big'. "I'm gonna be big" the frontman growls into the mic, an ironic line now that the manifestation has come true.

After causing delirium with a staggering rendition of 'Liberty Belle' and 'Boys in a Better Land', the boys wrap it up with perhaps one of the greatest songs on their entire roster, 'I Love You'. The whole venue knows the words to this one, fans of all ages reciting Chatten's exasperated ramble about the many societal issues plaguing Ireland. The song perfectly encompasses a love for the country while touching on everything in between, from Ireland's high rates of male suicide to the ongoing housing crisis and floating aside the scandal of the Mother and Baby Homes and grappling with Irish politics.

The track ends as a devastating but unforgettable closer, with red confetti raining down into the pit as if mimicking the blood that drips from Chatten's chest in the music video as he holds up his beating heart to the altar in devotion.

While Fontaines D.C. are destined for legendary stardom, they made it evident that their love and devotion for their home of Ireland is never going away - despite their new base in London. The Irish flag draped proudly on stage, the band haven't forgotten their roots. Their fans adore them for it.