The American star treated Irish fans to an unforgettable night at The Academy.

Following a truly iconic performance from young pop star UPSAHL, FLETCHER took to the stage of The Academy, Dublin on Saturday to give a performance like no other.

Under a shining disco ball, fans and music lovers of all ages began packing themselves up against the barricade at the Dublin venue. Cheeky whispers asking for their photo to be taken mixed with excited glances at the crew bustling about only added to the anticipation of what was about to take place. Suddenly, the room went dark and a recording of the one and only FLETCHER rang out through the venue. As the artist’s words about music and what has led her to this moment along with snippets of her songs swirled together, she appeared on the intricately lit stage with a brilliant smile kicking off the night with her newest release 'Girls, Girls, Girls' that puts a LGBTQ+ positive spin on the classic Katy Perry tune 'I Kissed a Girl' – with “Go tell your mom it’s not a phase” as the leading line into each chorus.

FLETCHER, full name Cari Elise Fletcher, grew up in New Jersey and was raised in a religious household. Growing up queer was hard for FLETCHER in this environment and she reflected on this to the crowd of young adults – speaking about how amazed she is that she now gets to tour the world singing songs to thousands as an openly queer woman. She told the expectant Dublin crowd that before she could go on singing, she had to lay down some ground rules. First off, everyone had to be kind to each other. Second, we were reminded that we are part of a safe space and that we are loved. Last but not least, she told us all to leave our stuff at the door, and that “we are just here to fucking party.” 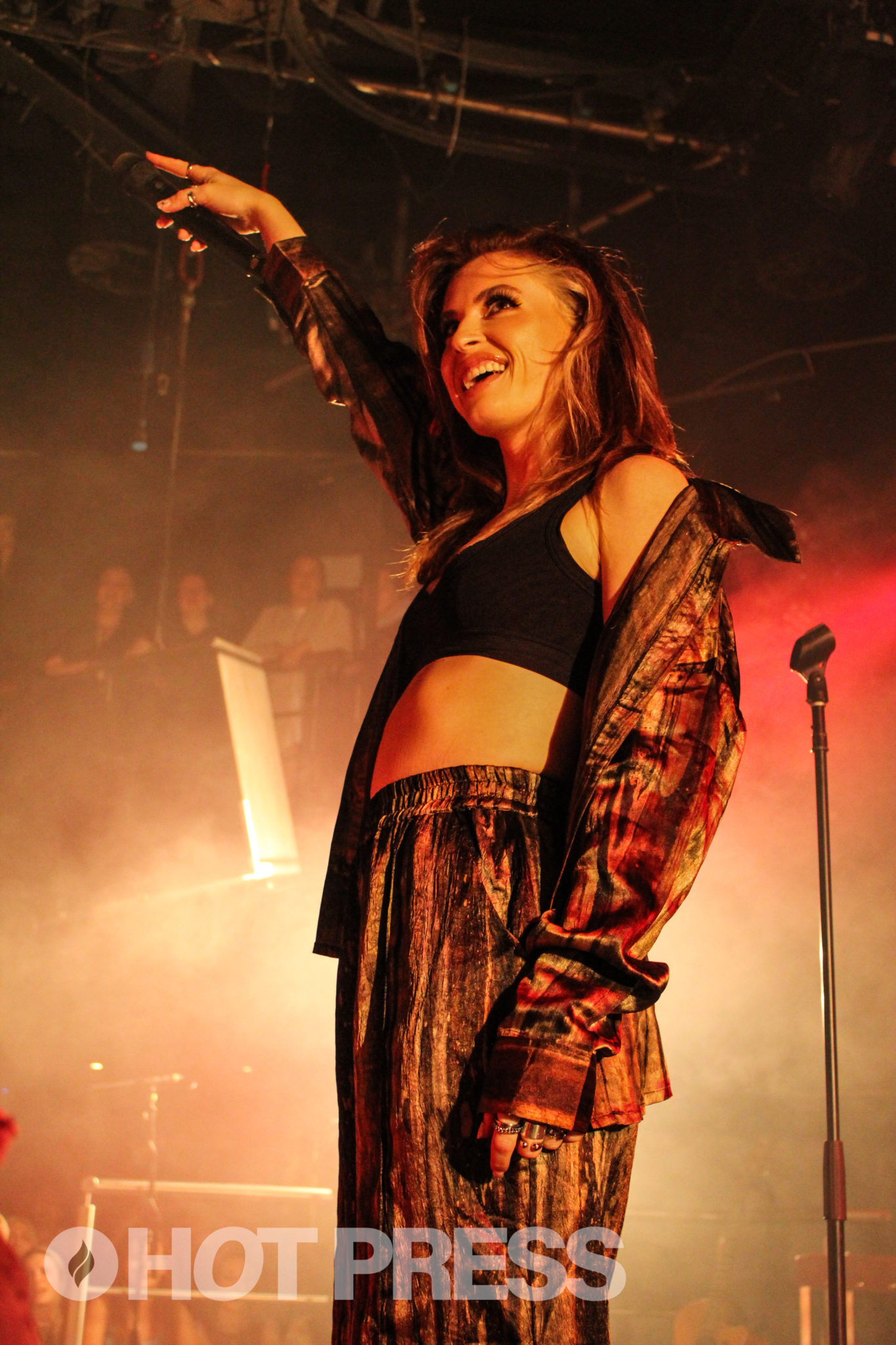 The next hour and a half was filled with the most unique moments I have ever experienced at a concert. As the crowd sang along with the pop sensation on her song 'All Love', I didn’t think it was possible for the noise level in The Academy to get any louder. That was until the end of hit song 'Undrunk' sparked the most intense roar from the crowd— I was sure I would have permanent hearing loss from it. The artist seemed to agree with that sentiment, as she screamed “Dublin, what the fuck? You guys are so loud – I love it.” Before adding: “I can hear all of your accents as your singing with me and I’m so turned on. An accent? Wife me up.”

Before singing her next song – an emotional and raw tune called 'Fuck You For Ruining New York City For Me' –  she called out to a fan in the crowd holding a poster stating “Can I ask you a question?” The artist couldn’t contain her curiosity – and was surprised when the fan asked her to for help coming out to her mom, in the form of a tattoo in FLETCHER’S own handwriting of the line “Mom, it’s not a phase.” Tears glittered the eyes of everyone in the crowd as the 28-year-old singer wrote out the line on a piece of paper before handing it back to the young fan. She then started her ballad and surprised the audience with a rendition of Billie Eilish’s Happier Than Ever'.

Midway through her set Fletcher let the audience in on a little secret.

“My life is awesome,” she said, “I get to sign titties for a living. Is it okay if I take a minute and sign some boobs right now?” And that’s exactly what she did. As her band played background music, FLETCHER ran through the photo pit to sign a sea full of excited fans’ chests before rejoining her bandmates to sing 'Sex with my Ex' — a song she doesn’t recommend recreating in real life as she announced to the crowd reuniting with an ex is “never harmless.”

Amazing vocal displays, impressive climbs up the rafters, and songs sung standing on the barricade were more moments that added flavour to the night – as well as the crowd screaming “Olé Olé Olé” upon FLETCHER asking if Dublin had any special chants she wasn’t aware of.

The artist began winding down the concert with her hit song 'Bitter' and left the stage for a moment in false goodnight to more deafening cheers and chants. Taking to the stage again, FLETCHER slipped on an acoustic guitar and gave an emotional performance of her song 'For Cari' that she wrote to herself in quarantine. She claimed that lockdown was, “...the first time I had to look in the mirror and get comfortable and familiar with that person.” After a lot of self reflection and recovering from past years of trauma, she decided to write this ode to herself. She looked around and took in the crowd before playing 'Healing', her final song of the night.

“You guys have been such a part of my healing journey so I want to sing that one together as my closing song,” she said to her audience, as if we’d all known each other for our whole lives. She then poured her heart out to us all one more time – singing about all of the emotional work she has done towards healing herself.

It was clear Dublin has a love for the young pop star – and the love goes both ways: “I’ve never been here before, this is my first time in Ireland,” she began, “I’m obsessed. I love it so much. I’m also Irish so… kiss me?” 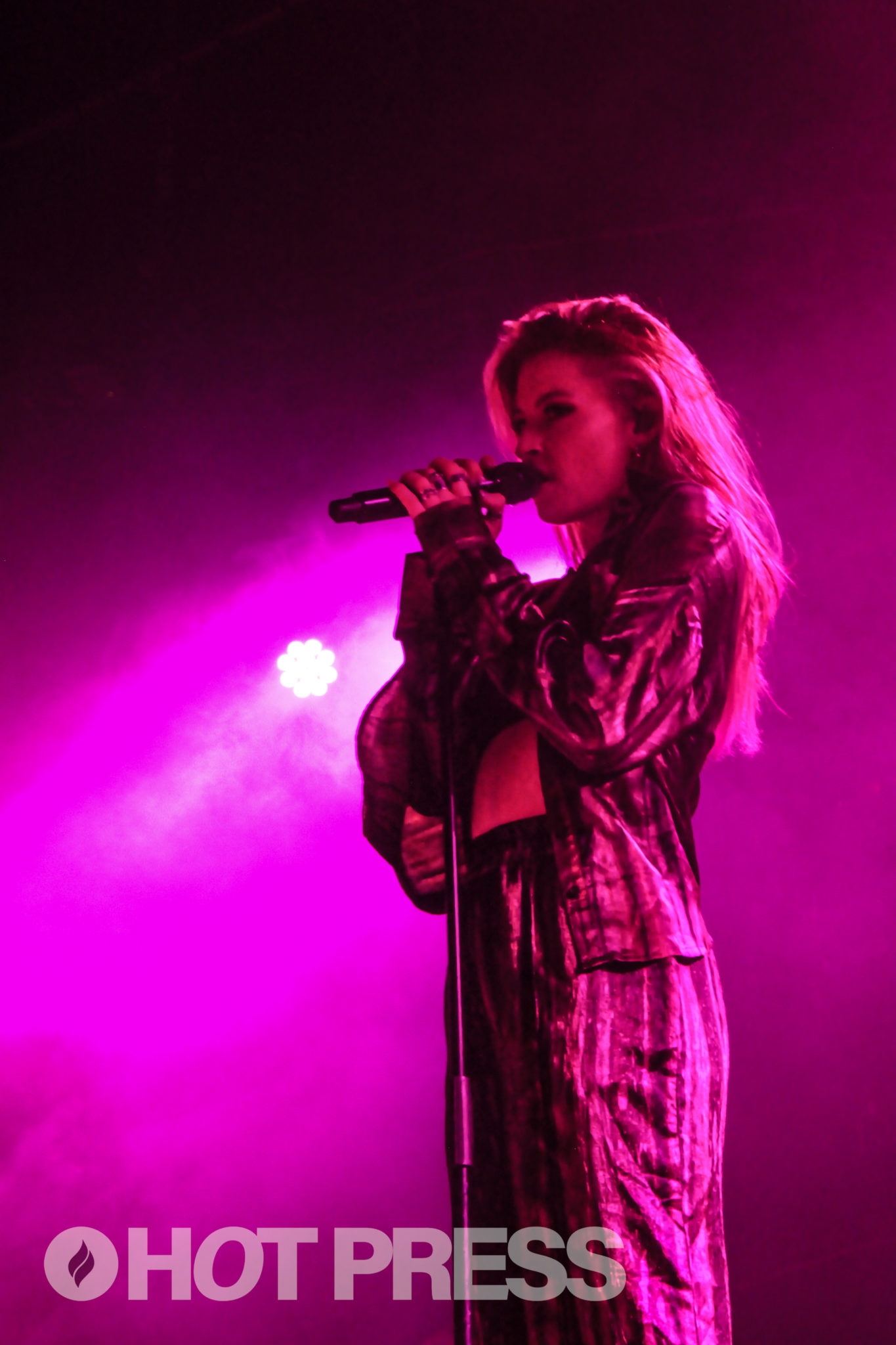