The Dublin-based band played their long-awaited Limerick's Kasbah Club show, with support from Dylan Flynn and the Dead Poets, after three attempts and reschedules.

Having originally announced their European tour for winter of 2021, milk. finally performed the Irish leg of their tour after three reschedules.

Hailing from Dublin, milk. formed in 2018, with their debut single 'Drama Queen' dropping in 2019. The single has now amassed over 2.17 million streams on Spotify. The quartet have since reached enormous heights, recently supporting Orla Gartland on her Irish tour dates.

In a sweaty full-to-the-brim Kasbah Club, Dylan Flyyn and the Dead Poets opened their set with 'i wasn't ready', the saxophone-soaked single from their latest EP crazy how we live like this. Having last seen this up-and-coming band headlining Dolan's Warehouse, the Kasbah stage felt far too small for Flynn's powerhouse vocal and the sound produced from this extraordinary band. Heading from 'days' into 'running away', an unreleased track from the group, frontman Dylan confirmed this track should release in early September, with the band's debut album in the works. 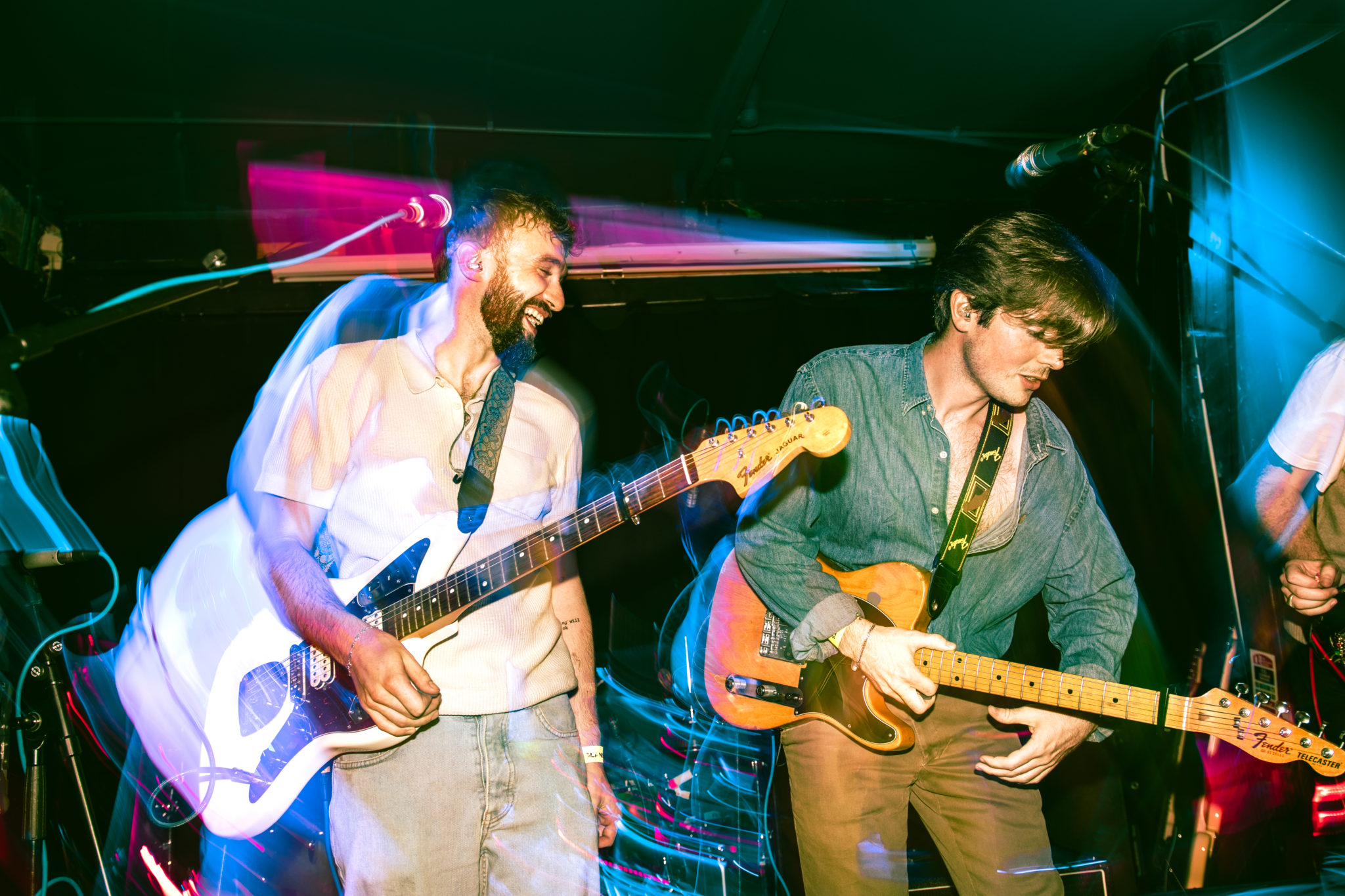 Dylan Flynn and the Dead Poets. Photography by Aoife Moloney

Every time I see this band live I forget how spine-tinglingly fantastic they are. Every member has an interesting side to watch while they're performing: Flynn oozes charisma as frontman, with undeniable vocal chops and guitar abilities; Emmett Ryan provides an incredible bass-line, bouncing off Flynn's energy; enthusiastic and spectacular drum beats radiate from Evan Forde; and unexpected switches from keys to sax from Chris Britton, add an insane jazz element to their performance.

But by far the most entertaining player to watch on-stage is guitarist and back-up vocalist Keagan Forde - his infectious smile makes it clear performance is in his blood.

The band moved through tracks 'fair facts', 'love', and 'everything will be okay' with Flynn telling a little anecdote about each track before playing. Closing out their set with 'miles', a thirty-minute set from the band was not enough at all.

With a ten o'clock start, the room had surprisingly cleared out a bit by the time milk. began their set. From the first verse of their opening track, I was smacked with déjà vu. Dripping with techno-indie vibes, this quartet couldn't be any closer to an Irish version of the 1975. From their use of auto-tune to frontman Mark McKenna's haircut, the band were steeped in Matty Healy goodness, minus the chaotic side. Taking a little while to address the crowd, eventually McKenna thanked the crowd for waiting so long to finally attend the gig.

Boasting a mature sound, the band moved through tracks 'In LA.', 'You&I.', and 'I Hate The Way You're Looking At Me (Lately).', with the latter two tracks demonstrating a more unique sound. The group brandished excellent bass-drum throughout these tracks, with smooth electric riffs elevating the room. 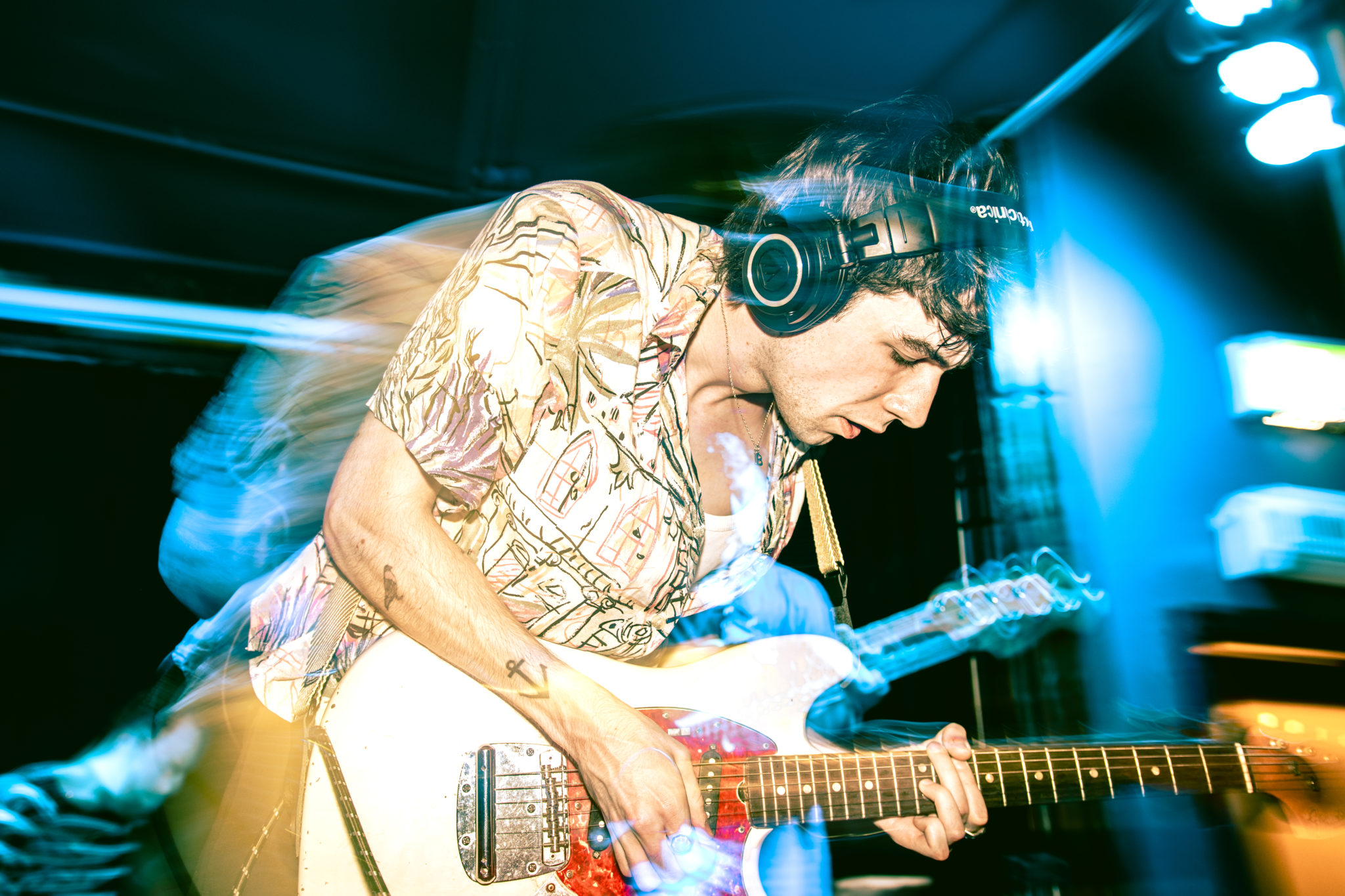 As Kasbah got sweatier and crowded, McKenna chatted to the crowd, claiming this venue was "one of the hottest rooms" he's ever played. Soldiering on through 'I Don't Mind Falling in Love With You.', and 1, The EP track 'A Little More', milk. gave the audience a sneak peak into new work. By far the strongest track of the set, 'It's The Internet's World We're Just Living In It' explodes with dance-synth infused energy. The catchy repeated hook, strong beat, and addictive rhythm jumped off the stage, setting the band apart as a stand alone sound.

Moving on, 'You're So.' and 'Always on Time' showed a much softer side to the indie outfit. The latter in particular emphasised a Puma Blue comparison, with soft auto-tune gripping the audience. The group treated the crowd to more new music, 'I Might Bore You' - which releases August 18.

milk. saved their danciest, grooviest tracks for last, with their closing tracks deviating from that 1975 sound.

While they played an epic one hour-long set, milk.'s standoffish attitude turned the night a bit sour in my eyes. While DF&DP were extremely personal with the crowd, speaking about songwriting and telling stories, milk. didn't even introduce themselves or any band members. While this might be a persona or style thing - I left feeling disappointed at the lack of interaction from the band, and wanting to see more of the opening act. A great night nonetheless, full of outstanding music, but there was definitely something lacking.

Check out milk.'s latest release 2, the EP below.