Legendary Compton rapper Coolio took the stage at Zampas in Dublin last night for his ‘secret’, ‘invite only’ show. The setting was sophisticated and intimate, decorated with neon signs and houseplants. Zampas, a part of the Hard Rock Hotel, is a regular at hosting gigs of all sorts. They typically have live music Wednesdays through Sundays, although they made an exception this Tuesday evening for the Grammy award winning rapper.

The night began with a performance by Mo’ Better Blues, a 5-piece jazz group who are regulars at Zampas. They gave no introduction, and dove straight into their set of impassioned and groovy covers, including ‘Tom’s Diner’ and ‘No Diggity’. They set the tone for the evening and prepared the stage for the star of the night. 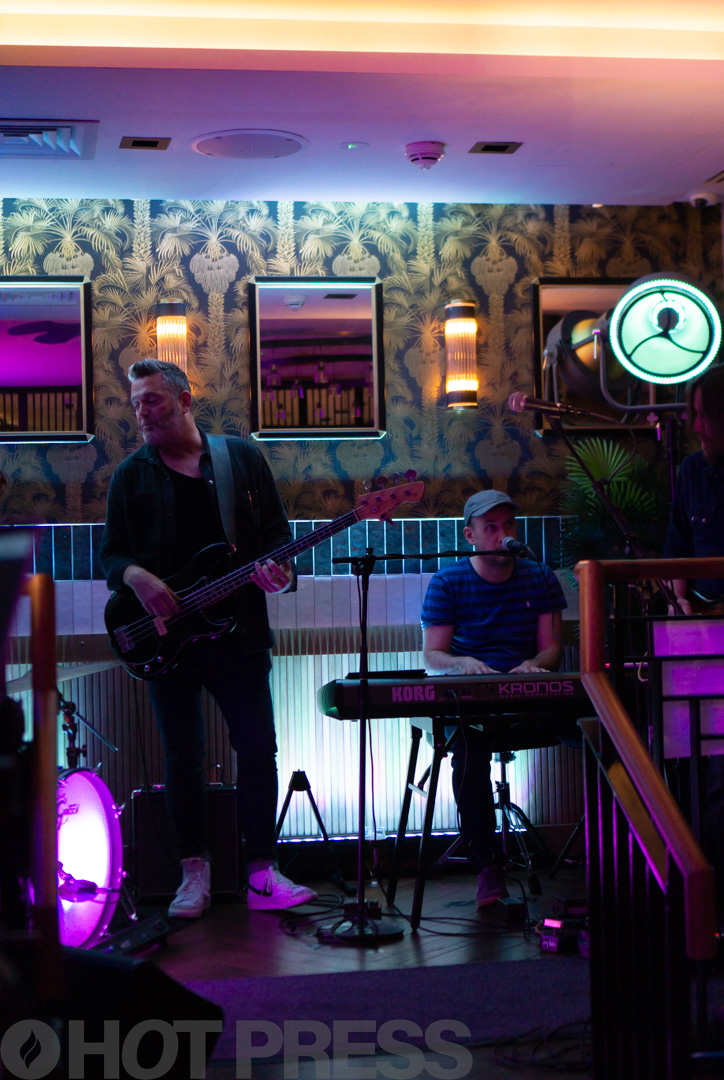 Coolio made his entrance, adorned in shimmery jeans, chains around his neck, and his classic hat with space for his hair to stick out. He announced that this show was going to be ‘an experiment’ to see if this kind of show ‘works’ for him. He let the audience know this was going to be a fun night, demanding everyone get a drink in their hand. He even left the stage and came back, claiming he needed a ‘proper introduction’. DJ Wino worked his magic to lay down a track to get the audience hype and bring Coolio out once again. Still joined by Mo’ Better Blues adding a jazzy layer to DJ Wino’s tracks, the rapper went into his song ‘Hotel C’, which samples The Eagles’ ‘Hotel California’. 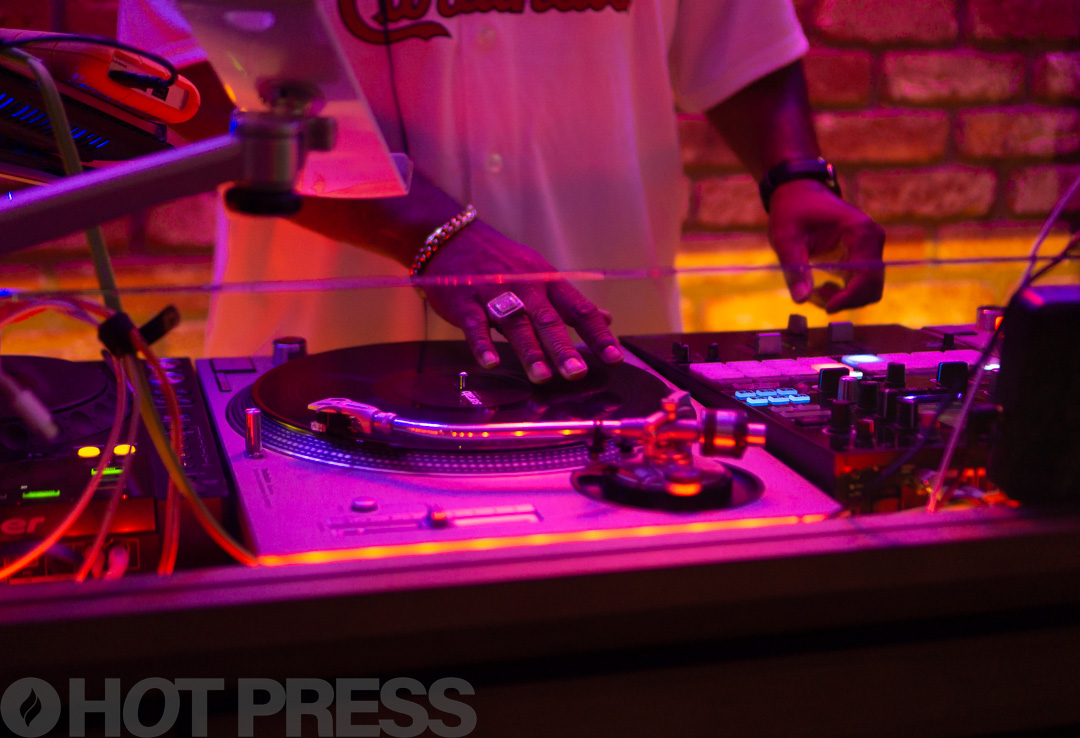 The stage was a small area enclosed by a railing, but Coolio did not let that confine him. He regularly came down from the stage into the crowd, dancing with audience members and going up to the bar for a drink. He was insistent on audience participation, often requiring the audience to shout and repeat phrases to him. At one point he asked the audience members to raise their hands if they’ve ever been in love. The small location and proximity of the audience to the stage allowed for a very intimate and memorable experience. 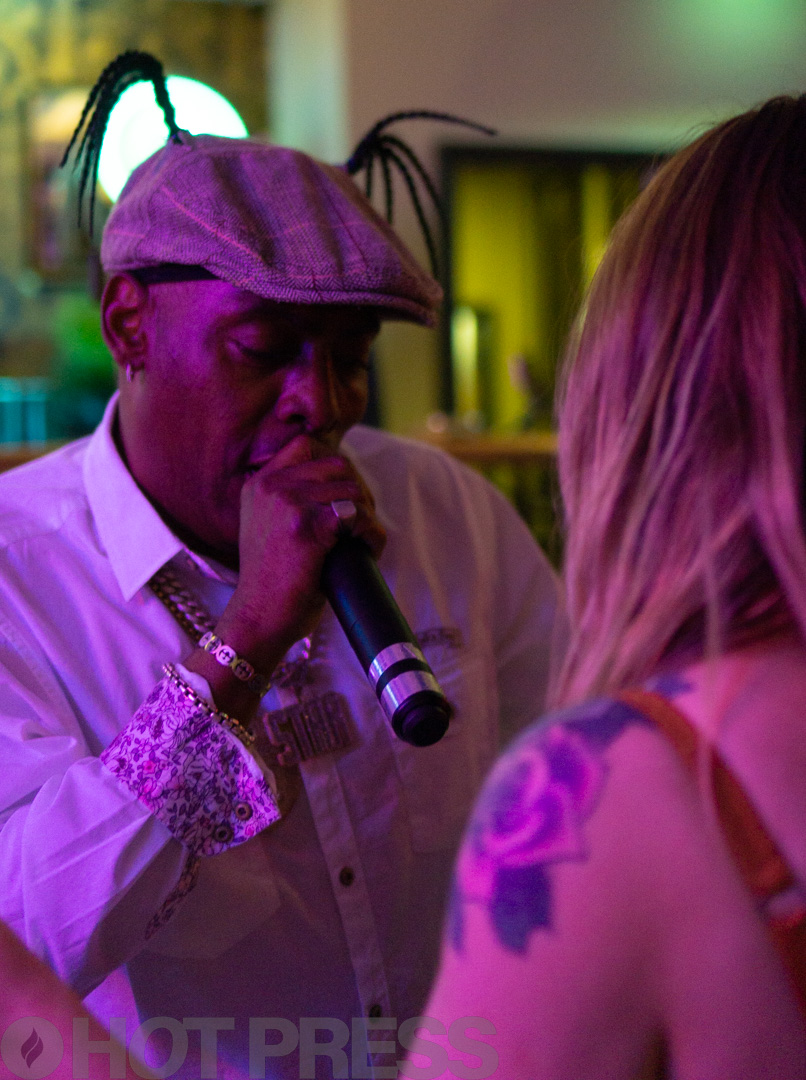 Coolio took the time to pay tribute to some groundbreaking artists and his friends in hip-hop that are no longer with us, including DMX, Tupac, Snoopy Blue, and Biggie. He shared that so many hip-hop artists in the US are being killed - many by gunshots. Saying "what the f–ck’s going on ya’ll… this music is supposed to be about love," he declared.

Coolio reveals that he didn’t get into music to "fight or be angry at anyone", and he wants to "change sh-t like that." He ended his speech by dedicating an emotional rendition of ‘C U When U Get There’ to those who have lost their lives as a result of violence.

To get the energy back up after that heartfelt moment, Coolio invited Irish hip-hop duo Versatile on stage with him. Coolio discovered the pair while touring Ireland, and loved them so much he featured on their song ‘Escape Wagon’ and has performed with them numerous times. Alex Sheehan of Versatile delivered a verse, claiming afterwards while laughing that he wasn’t prepared and Coolio put him on the spot. Nonetheless, the crowd loved it.

Finally, the long anticipated moment arrived. For his final song, Coolio left the stage and dramatically re-entered, requiring another introduction, to perform his biggest hit ‘Gangsta’s Paradise’ which recently hit one billion streams on YouTube. Almost every person in the crowd pulled out their phones to film and rushed the dance floor, which Coolio himself joined by the end. The sound of the audience singing along to the chorus echoed throughout.

He ended the night by inviting everyone to stay afterwards to hangout and taking photos with fans. The rap icon's parting words for the audience were "tip your bartender." 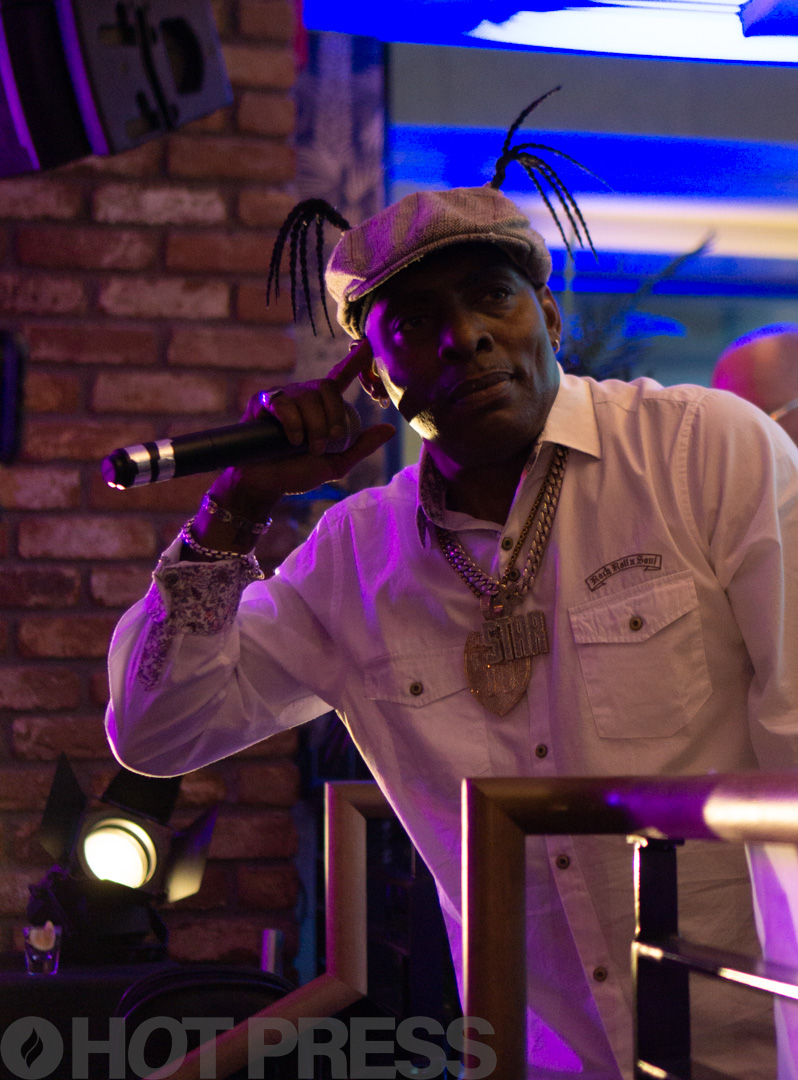 Coolio will continue on his EU tour, his next stop being Sweden on July 15th.