With lyrics that tear at your heartstrings, a glass of red wine, and an acoustic rendition of 'Happy Birthday' for one lucky fan, Clairo's 3Olympia Theatre show truly was a delight. What better way to wind down on a Monday night?

“Sofia, know that you and I shouldn't feel like a crime,” the Olympia crowd is passionately screaming the words to Clairo’s 2019 hit. The American singer-songwriter, who is originally from Atlanta, Georgia, saved the best for last at her 3Olympia Theatre show last night. An hour and a half in, everyone is ecstatic.

While Clairo’s stage present has been criticised for being too withdrawn and her being too timid to connect with her audience in the past, the singer's Dublin outing was anything but boring. There were no flashing lights or wild dance moves, and yet, Clairo delivered a beautifully soothing and magnetic performance, with standout moments sprinkled throughout.

Dressed in grey flowy pants, black loafers and a chique navy blazer that she took off halfway through the show to deafening screams, the 24-year-old appeared on stage just after 9pm. “I'm stepping inside a universe, designed against my own beliefs,” the opening line of ‘Bambi’ sounded across the theatre, Clairo sat at her piano in the middle of a stage that has been turned into a living room. Layered carpets and gigantic white paper lanterns surround her as she takes the first sip of red wine from a glass resting atop the piano. Bright orange and yellow projections dance along the back wall. 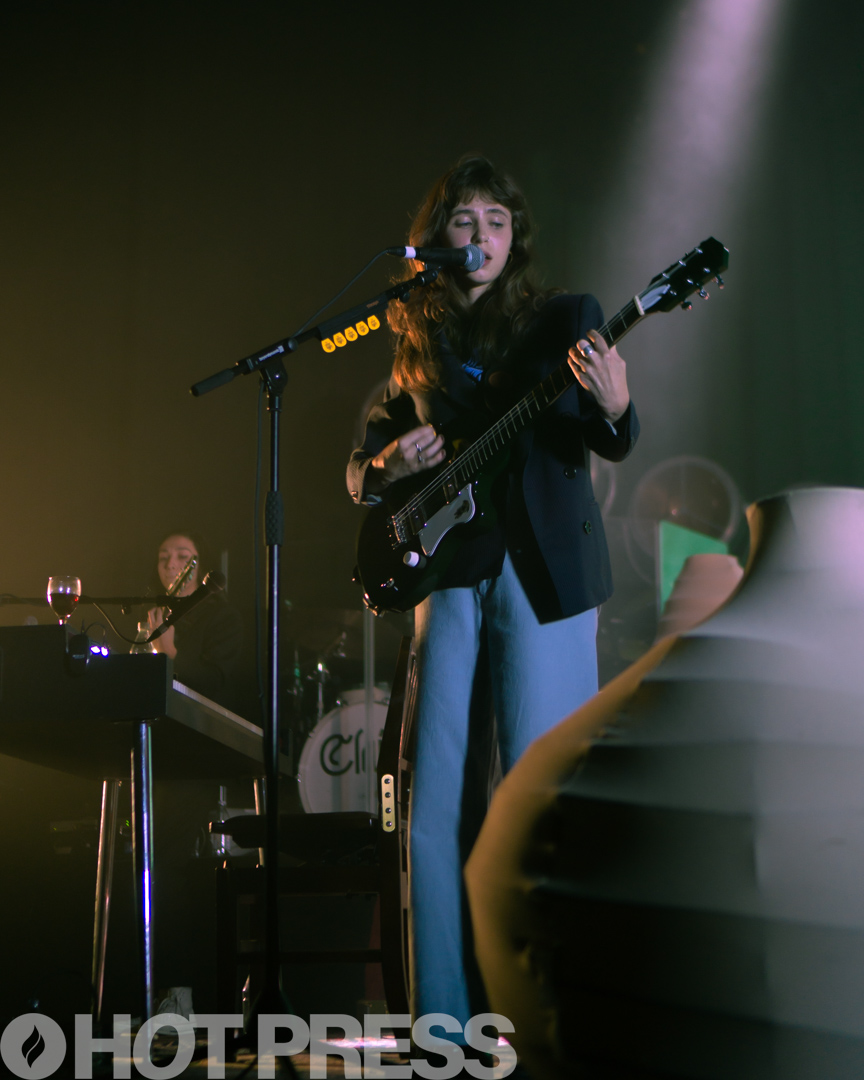 Next up is ‘Zinnias’, a song in which she questions how her becoming a mother would affect the people around her. The powerful saxophone solo is greeted with cheers from the audience. ‘Wade’, also from the indie pop singer’s sophomore album Sling, which was co-produced by Jack Antonoff and released in 2021 via Fader and Republic, and ‘North’ follow – the latter a bit rockier and upbeat. The crowd is blissfully swaying back and forth, soaking up Clairo’s soft vocals.

“So many sad songs, I’m sorry,” she says later on with a smile. It’s true, many of Clairo’s songs are sorrowful and downbeat, but they are also stunningly raw and honest, in a way that makes you want to lean back and just listen to the lyrics. The energy finally rises as the first notes of the ballad ‘Bags’ start playing, and the crowd truly comes alive, screaming the words. “Every second counts, I don't wanna talk to you anymore,” they sing loudly. “Know you'd make fun of me,” is another fan favourite line and the passion shows.

Further standout moments of the night were the bittersweet ‘Harbor’, which turned the theatre into a romantic sea of lights, and ‘Blouse’ that started off with a soulful acoustic guitar intro. “Maybe we could sing it together if you want,” Clairo asked her fans sweetly, and we did. “You guys have good range” – laughter follows.

To the delight of the crowd, Clairo brought us a particular treat. “We’re gonna do something special. I usually don’t play this song,” she announces the first single from her 2018 EP diary 001, ‘Flaming Hot Cheetos’, which was named after Clairo's snack of choice when recording the demo. In fact, the title is totally unrelated to the content of the song, which talks about a past relationship. 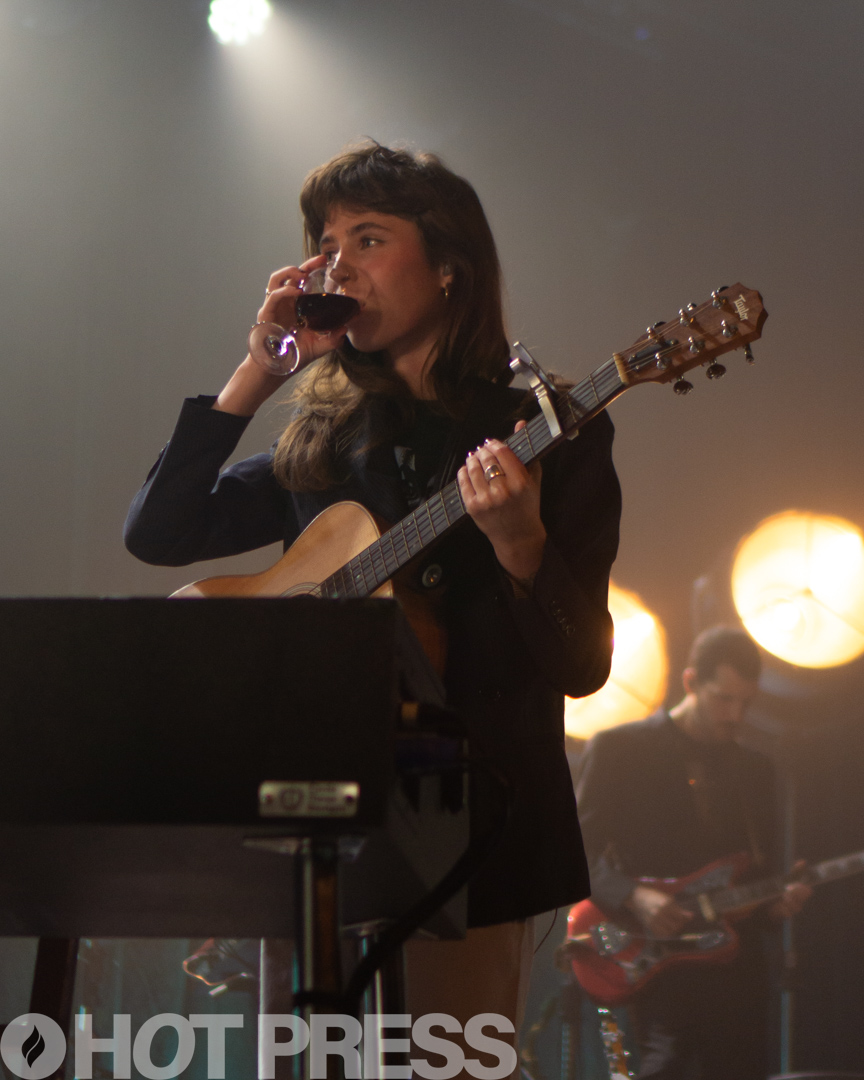 Following the likes of ‘Alewife’ (the theatre is now dark and moody), ‘Softly’ (Clairo kneels on the floor and everyone starts clapping along), ‘Partridge’ (she closes her eyes and tilts her head to one side, a serene smile on her lips) and ‘Just For Today’ (another peaceful sing-along), we are soon nearing the end of the set. The biggest hits always come last, Clairo had told us earlier, and the crowd is thrilled.

“And I could be a pretty girl, I'll wear a skirt for you,” Clairo's gentle vocals sweep across the room, with even the guys in the audience joining her in singing her breakout single ‘Pretty Girl’. Back in 2017, the viral success of the music video of what is arguably one of Clairo's most successful releases contributed significantly to her rise to prominence. Finally, ‘Sofia’ rounds off the night beautifully, the hook living on in everyone’s minds for the time being.

In the end, Clairo’s 3Olympia Theatre show didn’t quite boast a party atmosphere but that probably wasn’t the goal in the first place. Instead, it was a calming bonding experience, which left time to lose yourself in the singer’s thoughtful, inspiring and stunningly honest lyrics.

Clairo is set to play a second sold out date at 3Olympia Theatre today, 20th September 2022.

Check out more photos from the concert here.