TV Girl truly is the cigarette smoke you sigh out your window to the unrelenting rain, as last night's show confirmed. The San Diego indie kids make their Dublin debut at The Academy and bid farewell to their Isles Tour.

A slow trickle turns into a flood as the clock marches closer to 8:30pm (heaven forbid the young, thrifted crowd show up early and betray their earnest excitement). The line for the door features oversized leather jackets, short skirts or low-slung pants exclusively, and obviously Doc Marten boots. Introducing: the 18 to 24 year-old TV Girl fans of Ireland.

The Academy is an appropriate place for the show TV Girl had in store - a thin layer of vintage glamour with a healthy dose of self-effacing attitude. The sign advertising the show is in the style of Golden-age Hollywood but showing the gritty, well-loved wear and tear of the years since.

Inside the venue, 25-year-old Sidney Gish takes the stage to warm up the crowd. Alone and armed with her guitar, this Boston-grown artist serenades the room with songs off her two albums of the indie-rock persuasion. While it seemed like she was a new voice to many in attendance, there was a small but mighty group of devoted fans clustered in the middle of the pit.

The audience's earnest dancing, singing and cheering was infectious. Gish was endearingly humble with a 'thank you, this is amazing' between most songs, a tuck of her hair behind her ears and a huge smile for the crowd. But when it came time to play her music, she was completely absorbed; quietly passionate as she played songs like 'Presumably Dead Arm (617 Sessions)', 'Sin Triangle', and 'Persephone'. 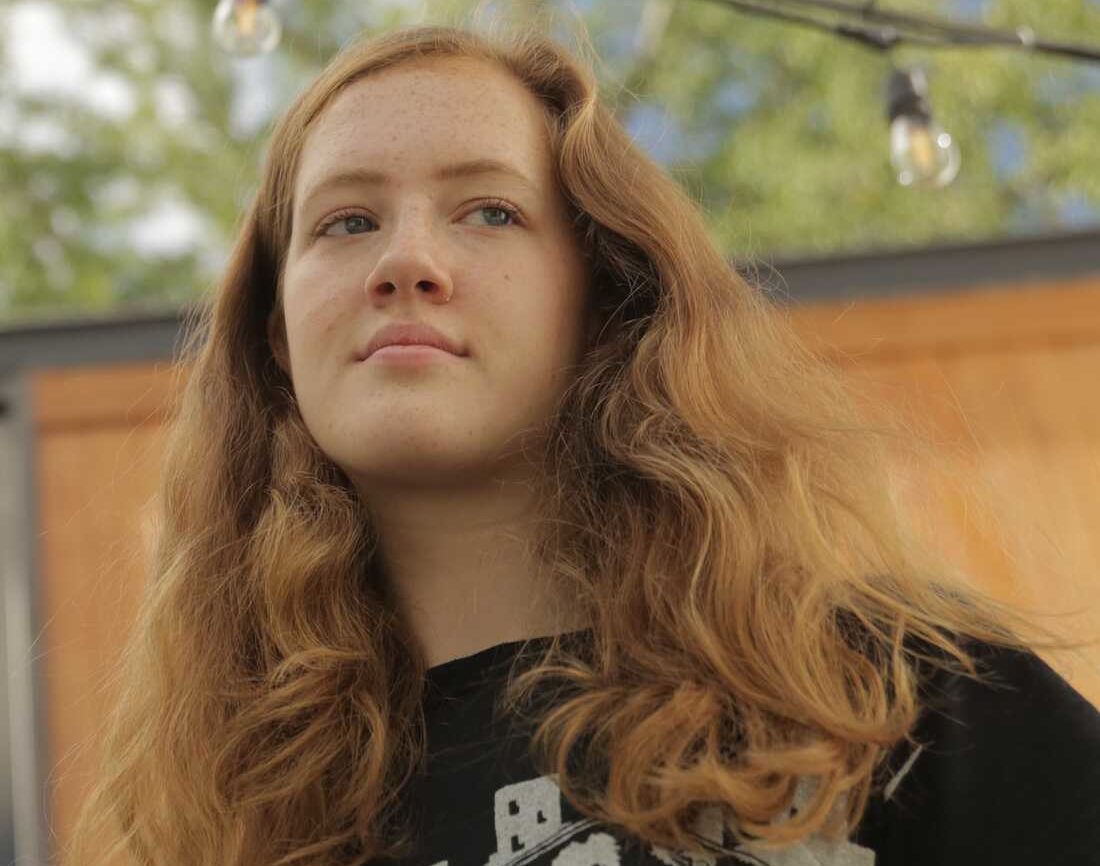 After her set, the energy in the room took on a life of its own. In turn restless, frenzied, and nonchalant; the crowd were impatient (and trying not to show it) for TV Girl to appear. A sold out show last night for their Dublin debut, TV Girl not only upgraded their venue to The Academy but added an extra night to meet the overwhelming demand for their performance in Ireland. Because this is marked last stop on tour, perhaps the San Diego group wanted to draw out the end a bit longer.

The band, led by Brad Petering and accompanied by Jason Wyman and Wyatt Harmon, formed on the sunny streets of California in 2010. Since then, they've released six albums though the show featured heavily from their first two albums French Exit (2014) and Who Really Cares (2016).

Their first song coincided with the first song on the French Exit album - 'Pantyhose'. From the moment the band takes the stage, their stage presence has a marked character. While Petering and the bass player, in adherence to indie band stereotypes, adopt a dreamy, sleepy delivery, Harmon brings all the energy and wild excitement of performing live. This tension played out on stage reflects the paradox of their discography. Listening to their music feels like being so excited to start a new book that you tear a page opening it. It's running through a crowded train station only to make it at the last minute, finally standing still with the world silent and fast outside the window. It's the simultaneous experience of relief, discomfort, exhilaration, and dread.

As they worked through their set, from the bouncy scrape of 'Louise' to the older 'King of Echo Park' and the riotous rendition of 'Lovers Rock', every song contains a playful experimentation in style tempered by sobering lyrics. Does TV Girl love the manic pixie dream girl or are they painting a disparaging picture of her? A girl so caught up in being 'not like other girls' that she stagnates? The crowd doesn't seem to care either way. One girl cries to 'Cigarettes Out the Window'. One couple twirls into an embrace on the balcony to the words "she was the daughter of a cop". Two lone figures try to start a flashlight sway as 'Heaven is a Bedroom' plays. There is no moshing, just a self-aware collective moving in tandem. 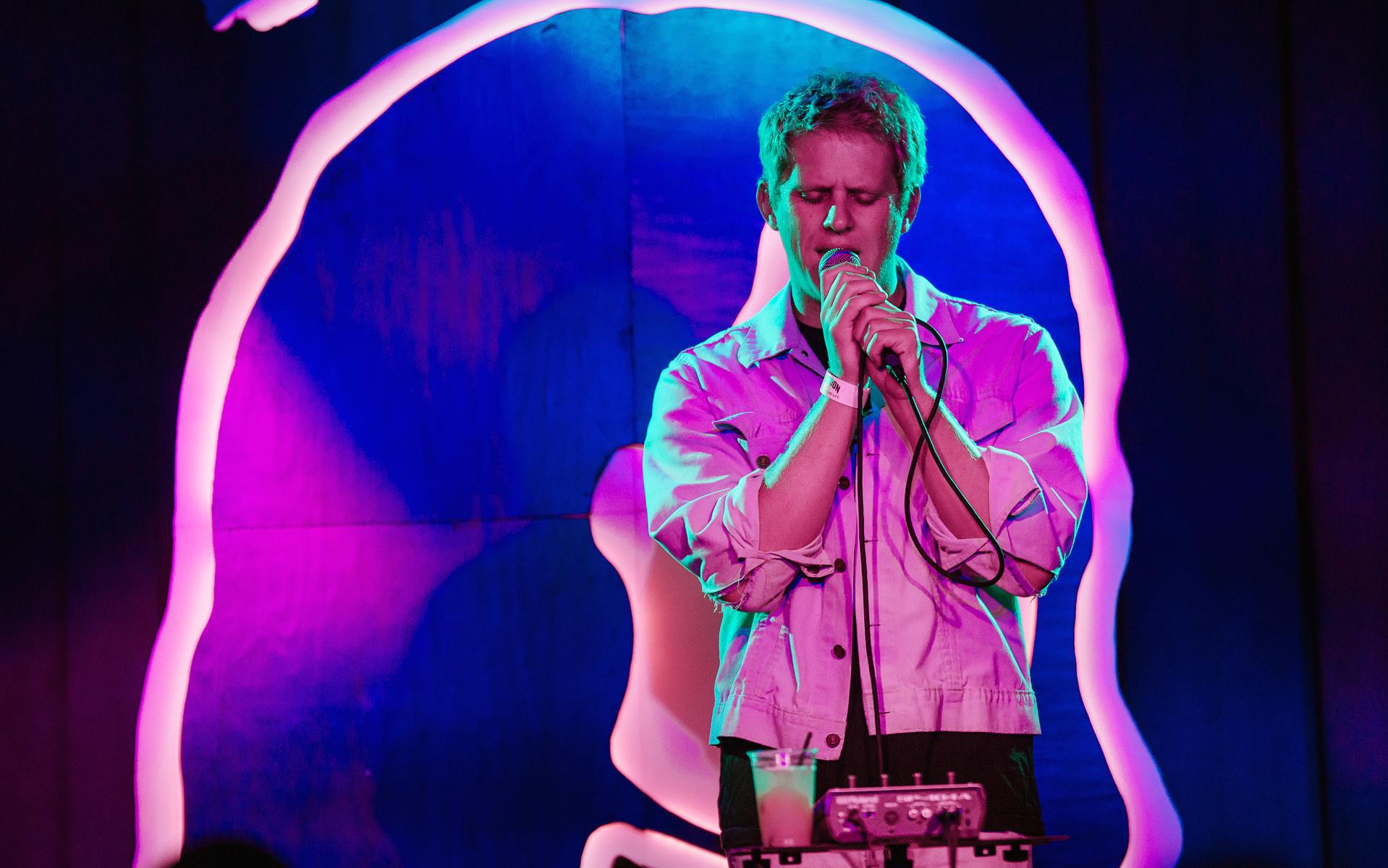 In between songs, Petering regals the audience with stories. When he starts with a story about hot tubbing with Harry Styles to discuss the lyricism of a new song, it seems impossible that the anecdotes could escalate from there. Delighted to prove us wrong, Petering also cites the inspiration for their song 'Hate Yourself' to have resulted from a debate with Justin Bieber ('Love Yourself' being its twin, of course). He ends the night by fondly referring to Post Malone as 'Postie'. To quote Petering, "The world is shit. Life is pain. We're all doomed. And there's no hope". But the positive side to these dark missives- to which the crowd cheered deafeningly- was that Postie told him "the healing power of your music has saved more lives than every doctor and scientist combined".

Truth and fiction, hyperbole and over-simplification... this set was a confusion of all that is real and left us with the ineffable. The wild accounts, the strangeness of their stage presence, the alluring indie lyrics with the poppy reverb- all of it added up to 'The Fall of Icarus'. Yes, the Greek myth. TV Girl is our Daedalus, we (the listeners) are Icarus. In giving us wings, TV Girl also give us the power to brush the sun and crash with the harsh truth of the world: you are not alone in your big, cigarette-out-the-window feelings.

Authentic or fabricated, the songs resonate with the audience, myself included, and the end of the night is coloured by the invigorated, bright-eyed youth in a mass exodus for the lights of the city.

Listen to French Exit below.