This show proved the power of Beabadoobee and her chart-topping sophomore album Beatopia.

Beabadoobee filled the 3Olympia Theatre last night with some of the most dedicated (and loudest) fans on earth. One smile from the Filipino-British musician, real name Bea Kristi, caused the entire sold-out theatre to erupt in blood curdling screams.

The evening began with a stellar performance by support act Pretty Sick, a New York based indie-rock outfit. Lead singer and bassist Sabrina Fuentes started the band nearly a decade ago, despite only being 22 years old. The group exudes confidence, making for an incredibly engaging performance. Fuentes asked, "I don't know if anyone knows our music but what song do you want to hear?" The resounding answer was 'Dumb'. Whether the audience knew their music or not, they were certainly into it, screaming and head-banging all the same. 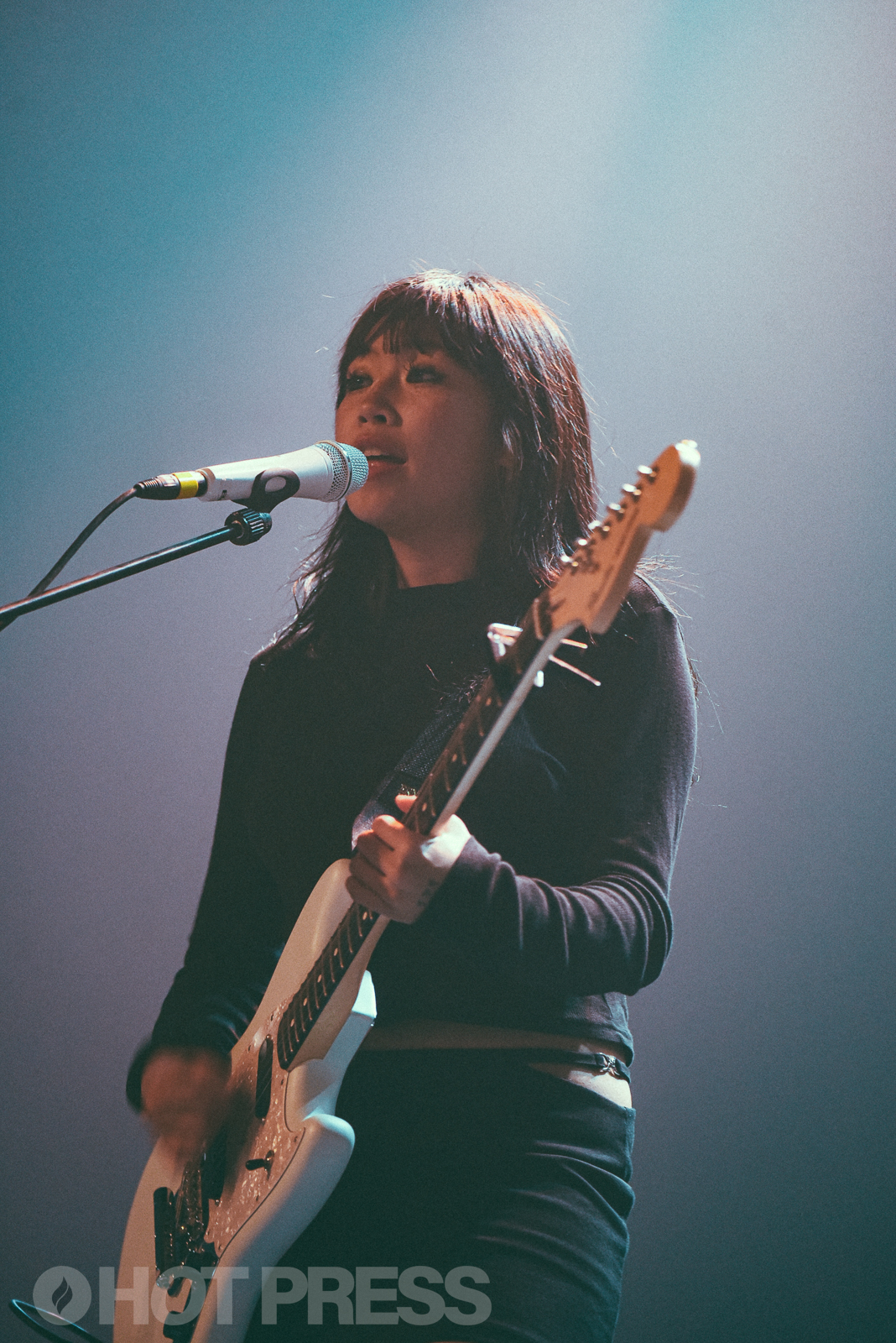 When the lights dimmed and Bea's intro began, almost every single hand popped up with a phone in it to record the singer's entrance onto the dark stage. She and her band emerged in all black outfits, going right into a rendition of '10:36' from her new album Beatopia. Bea shredded her electric guitar while guitarist Jacob Bugden delivered a rocking solo. After motioning for the audience to get down low, Bea had everyone jump back up in time for the beat drop.

Up next was 'Apple Cider' from her 2019 EP Loveworm - her first live performance of the song since 2020. She put down her guitar for 'fairy song', also from sophomore album Beatopia. She occasionally dropped down to the ground on the edge of the stage to whip her hair, wave and blow kisses to the crowd.

A simple, "Hello, you doing okay?" from the singer caused an eruption of screams of "I love you!" With lots of flashing lights and a heavy bass, the show was amazingly high energy. Bea once again instructed the audience, this time to move to the sides to open the pit before jumping back in for the beat drop of 'Together'. 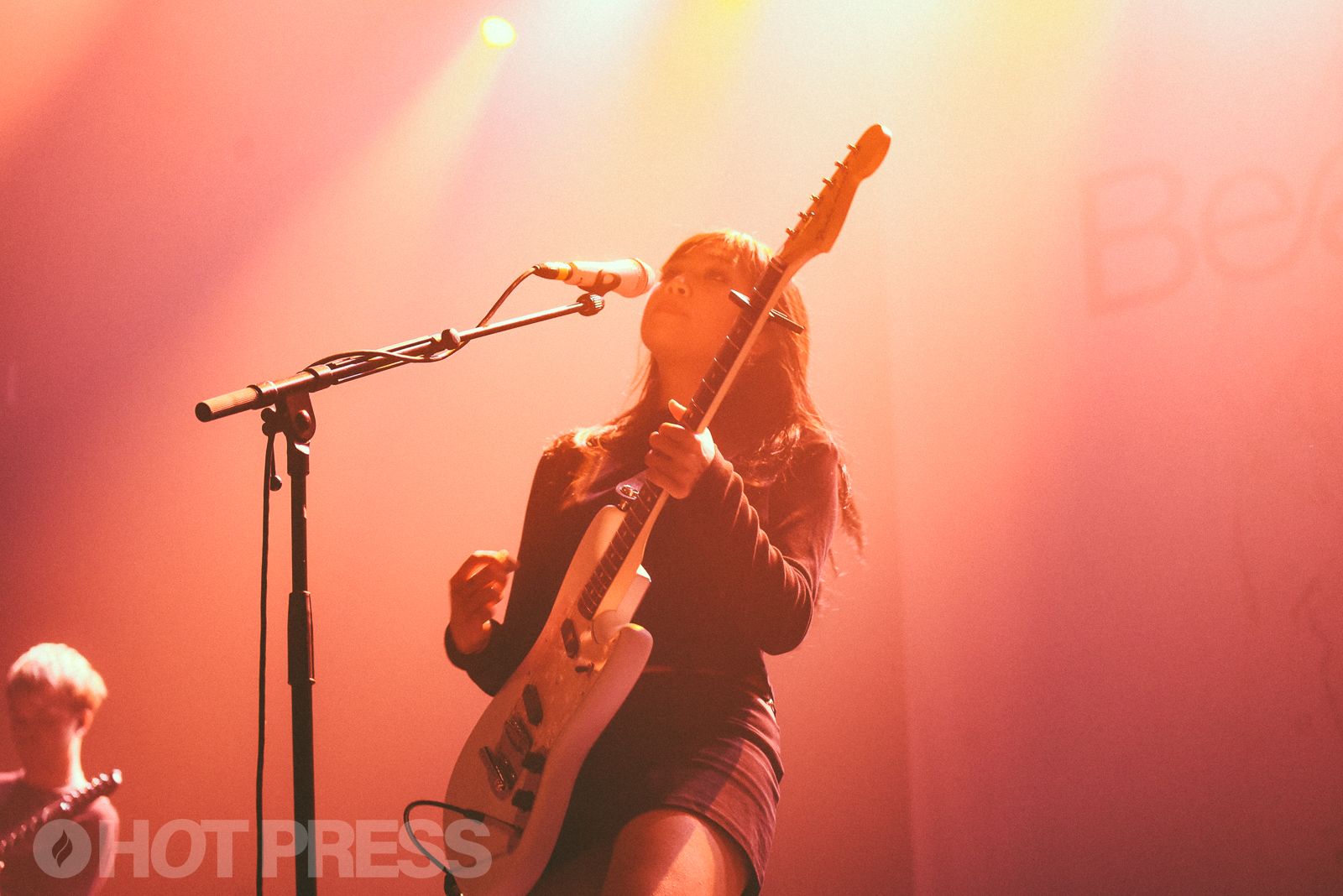 "You'll like this one," she said before playing hit 'perfect pair'. She walked around the stage serenading the audience who sang along to every word. Another hit from Beatopia and "a fun one" was 'Sunny day'.

While playing 'Sorry' from Kristi's debut album Fake It Flowers, an audience member fainted. She stopped the song to make sure the fan was okay, before restarting the track.

"You're gonna dance for this one," Bea said to introduce 'Talk'. After finishing, the band exited the stage before inevitably returning for a three song encore. It started with the first song the Dirty Hit signee ever wrote on the guitar - 2017's 'Coffee'. This song earned her a record deal with The 1975's record label in 2018. It later went viral on TikTok in 2020 and caused Bea to get a significant amount of attention, leading to her first official chart entry. The stoner rocker closed the show with 'Ripples' followed by 'Cologne' from 2021 EP Our Extended Play.

The Dublin show, which kicked off her European tour, proved the power of Beabadoobee. The grunge-inspired indie-pop musician kept the crowd not only engaged, but wildly enthusiastic for every single song.